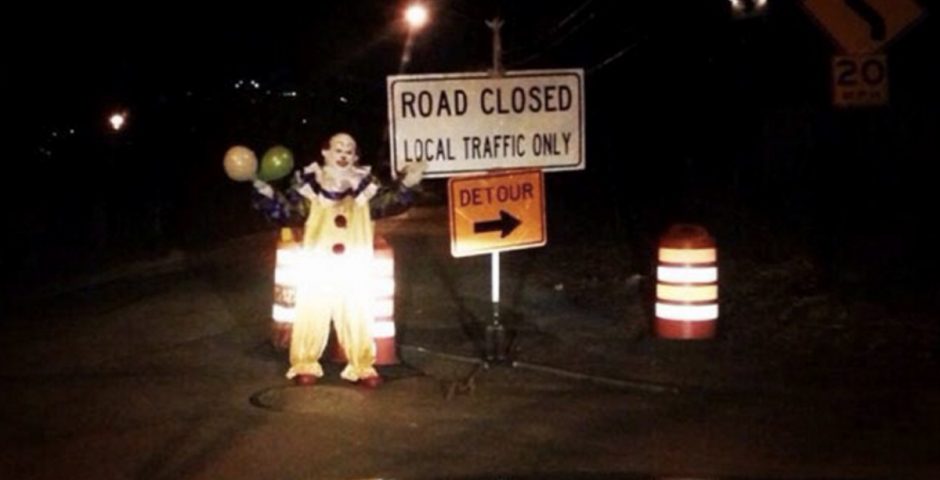 Are killer clowns appearing on campuses all over America?

You’ll have seen the videos. Blurry, vertically shot, set in some backwater town in a Midwestern state. A bewildered, naive protagonist flees in terror from an ominous figure dressed as a clown. Sometimes it’s dark, sometimes the “clown” is nothing but a stranger at a distance. Other times it’s a three second clip of clown reflection, where a painted face is visible if you really squint.

America’s sinister new trend has blown up in a matter of days. The @Clown_sightings Twitter account has over 112,000 followers despite being active for a day and tweeting fewer than 100 times. Over the last couple of days, “sightings” have been reported at dozens of schools from Syracuse to Illinois, JMU to the University of Delaware.

The creepy clown craze takes many forms, at many different schools. Dorms have been evacuated and campus alerts sent out after “multiple reports of armed and knife wielding clowns.” In other places, police have issued pre-emptive statements assuring the public that they’re taking care of the matter. At Penn State, students sparked a mini riot when clowns were allegedly spotted near dorms.

But who are the clowns? What do they want? Is it all a sick marketing ploy?

Turns out the answer’s not that simple.

While it appears at first glance to be part of a sweeping, uniform trend, there’s no evidence to suggest any of these clown sightings are linked.

The “clowns” in question are very rarely photographed in a way that would be identifiable. The pictures going round aren’t clear, they’re dark, grainy and suspiciously poorly shot for college kids that all have iPhones. The videos are even worse, just brief flashes of nothing with a hyperbolic caption along the lines of “fuck this shit”.

But there doesn’t even need to be pics for panic to spread. At the University of Massachusetts, a mob formed and alerts were sent out after anonymous reports claimed there might be clowns somewhere near campus. All it took was a few tweets, and the consensus stuck, the freshmen lost their minds and the clowns won again.

At Belmont University in Tennessee, a campus-wide clown hunt was sparked by a terribly photoshopped picture made by sophomore Paul Murphey who posted it in several campus Facebook groups. 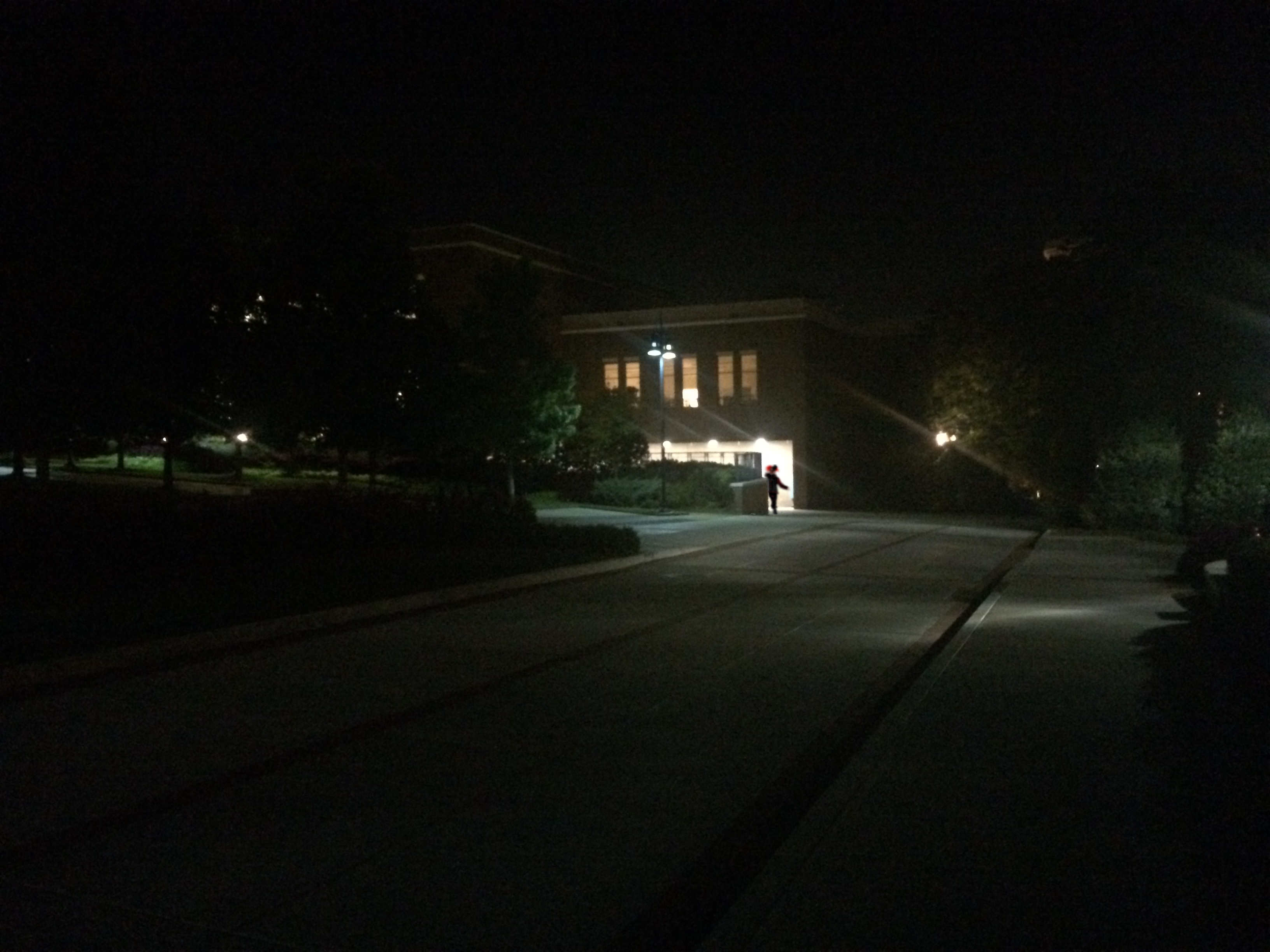 Admitting to the hoax on Reddit, he said: “Thinking it was one big joke, I decided to Photoshop a “sighting.” In about six or seven minutes, I put together this image. It’s a shit shop, I know, but that was kinda the point, I wanted to play into the joke. I posted it on my school’s class Facebook page and thought nothing else would come of it.

“Holy shit was I wrong. My roommate calls me about a half hour after I posted the image and says “Holy shit man, people are outside of the place where you posted that pic (he was in on the joke). They have golf clubs, and campus security is talking about bringing in Metro Police. Fuck. I immediately went on to my post on the Facebook page to discover that pretty much everyone thought it was a real picture. The full post is below, along with all of the comments. Security was telling everyone in the area to stay locked inside their dorms until we get the all-clear. As my roommate walked into the dorm, he said there were helicopters with searchlights looking for this clown.”

Not a sinister murdering clown, not a threat, just an immature student with too much time and a Photoshop subscription.

At bigger schools, the cynical eye has been cast toward Greek life. It’s no coincidence that these clown sightings have peaked during pledging. You see the clown trend at a different campus, you make your pledges bring it to yours, an easy laugh and something to boast about next rush week.

All the clowns on IU campus are pledges. It's pledging szn and prolly shouldn't be too scared

Frat House Initiation: Make the pledges dress up like clowns. "If you survive the night you are in!" #IUClowns

These clowns probably some poor pledges…

And as the dust settles, the panic recedes and students come to terms with the reality that these “sightings” are people cashing in on the national hype to bring the latest meme to campus.

Any police force that has bothered to look into it has traced the threats back to hoax websites or teenage pranksters, none of the reports from random schools have been proven credible, and there is yet to be a report of a clown actually doing anything of interest.

The clown sightings are causing panic because people want to be panicked – it’s their way of being part of the trend.