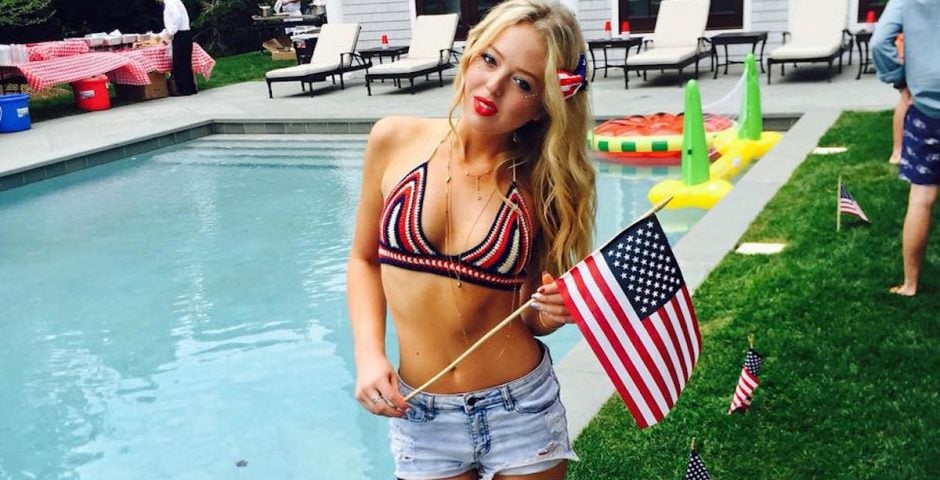 There are two or three more songs to come out

You might not know this, but back in 2011 Tiffany Trump released Like A Bird, which is probably the most horrendous pop single of the decade.

Listen to the track: you won’t need any musical training to hear it sounds more like a bird going through garbage disposal than actual music.

The song resurfaced this summer in time for the Republican Convention, and we thought that was the last of it – but now it has emerged that Tiffany may have recorded more songs have yet to be released.

Vincent “Logiq” Pryce, an Antiguan rapper who collaborated on the track, told The Tab there are “two or three other songs” that he hopes will be released soon.

Speaking from his home in the Caribbean, Logiq said: “Two of [the songs] we are still working on, because we are looking at getting other features on the song, which is why I think they haven’t been finished yet. They aren’t ready to be released.

“We are just taking our time, and I believe it’s gonna happen. Tiffany is on these songs, and they were created at the same time as Like A Bird.

“She was focusing on school [at the time] but now that she’s done, we’ll see what happens.”

But in 2011, they worked together on Tiffany’s music, with Antiguan producer Torsten, who was unavailable for comment.

Thank you to everyone who watched my speech last night! #gopconvention #RNCinCLE looking forward to tonight! ❤️??

Explaining how he first became involved with the song, Logiq said: “They wanted a hip-hop verse on it ‘cause I’m a hip-hop recording artist and I’m a songwriter. Torsten is a friend of mine and mutual friend of Marla Maples, so he called me up and was like ‘yo, I want you on this track.’ I listened to the track and I liked it so it was basically a done deal from there.”

Logiq explained he recorded his contribution to the track from Antigua, and never met Tiffany in person, although he has met and worked on her mom’s 2013 album. He said both are “cool people, really down to earth”.

The rapper added: “My interaction with her she’s a very warm person. I haven’t met her personally but emails and phone calls – she’s very cool.”

Critics have not been kind to Tiffany’s record. Here’s a quick selection of comments about her music:

• “Donald Trump has said that as president ‘I’d bring back a hell of a lot worse than waterboarding.’ Clearly, he was thinking ahead when he funded daughter, Tiffany’s pop career.”
• “I could do better by farting in a microphone and enhancing it with the same software.”
• “This is the definition of sadness.”
• “Is that what it sounds like when you enter hell?”
• “This bitch is singing in cursive, can’t understand shit she’s saying!”

Logiq stands by her track, and diplomatically said: “I think she can grow into being a great singer, I think that she can take it to the next level. That’s up to her really, but I like her voice, which is why I got on the track initially.”

And is he happy with how the song turned out?

“Yeah, like I said, it was just to get exposure and I was a bit disappointed that it didn’t take off the way that we had anticipated initially, but I guess that’s because she was still going to school.”

Logiq told us he’s working on a new mixtape project that he plans to release this October – and is hopeful that a Tiffany Trump track will be on it.

“I’m working on getting that. There is one song that I want on it, but we are still in talks about that I’m waiting on her assistant manager to email me,” he explained.

Diamonds are so shiny
Special things I got on me
You know what you say
Baby, baby don’t you go
Everybody’s partying
Obsessin’ over crazy things
I just want serenity
While living it up