Uversa Oumbajuah, a 51-year-old psychic based in Manhattan’s Union Square Park, told us she has foreseen Trump becoming President of the United States this November.

“Oh my god, it looks like it may be Trump,” said Uversa after consulting her tarot cards. 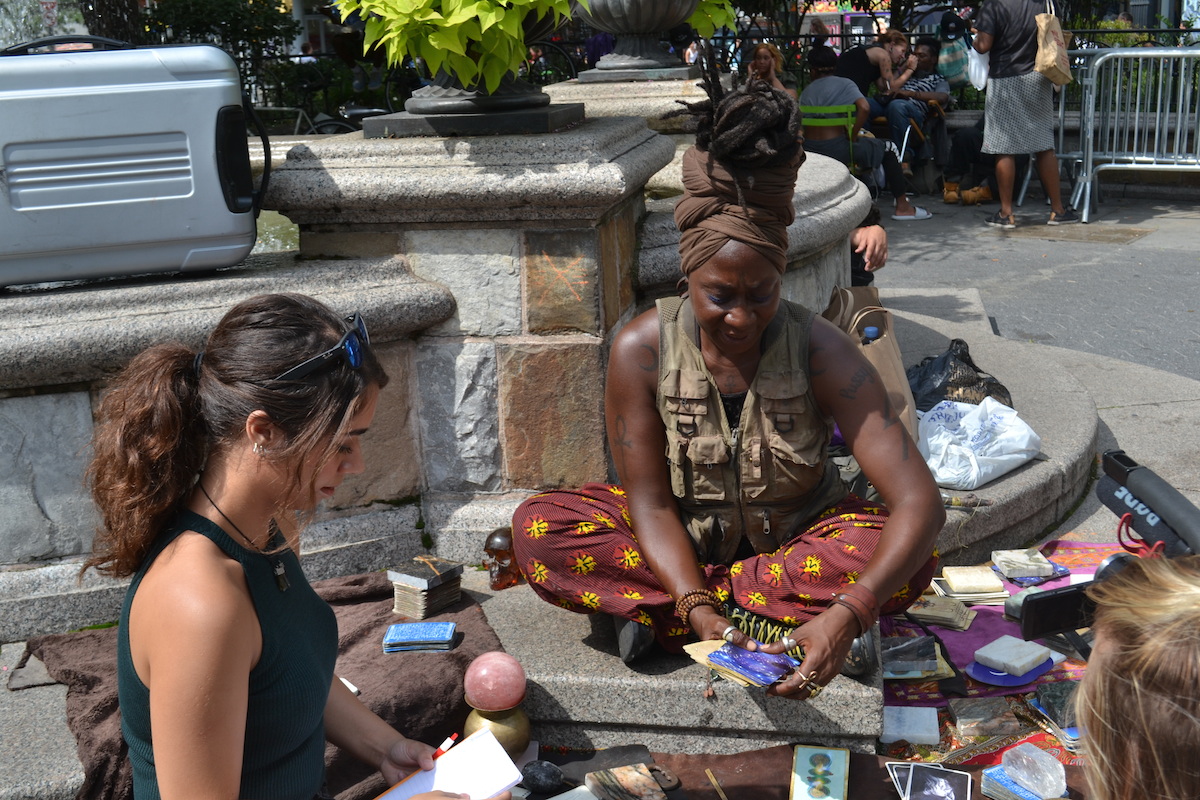 While she predicts the vote will be very close, Uversa has foretold that surprising evidence from the Clinton Foundation will emerge before Election Day, which will compromise Hillary’s campaign and help Trump win.

After shuffling and drawing a few cards, Uversa added: “There will be concern if Hillary can actually take care of that responsibility. There will be some information that could come up that would change America’s mind of how honest she is, because of the Clinton Foundation.”

According to the Mother of the Park, as she refers to herself, these shocking new revelations will tumble out through Hillary’s emails in the next two weeks: “They’re going to dig up some information of the whole saga and make her look like she hasn’t been honest which will give [Trump] an edge.”

However, before Trump’s first term is over, she has a prophesized a future where Trump is assassinated.
“They’re going to assassinate him,” exclaimed Uversa. “He has a lot of enemies so he had better be careful while he travels. I see a lot of attempts to be made on his life. [The assassination] may be by a drug lord who was murdered because of [Trump] or his team, or someone overseas.”

Following Trump’s predicted assassination, Uversa sees Mike Pence taking over in office and the threat of America becoming a “third world country if we are not serious about really competing with the Yin.” 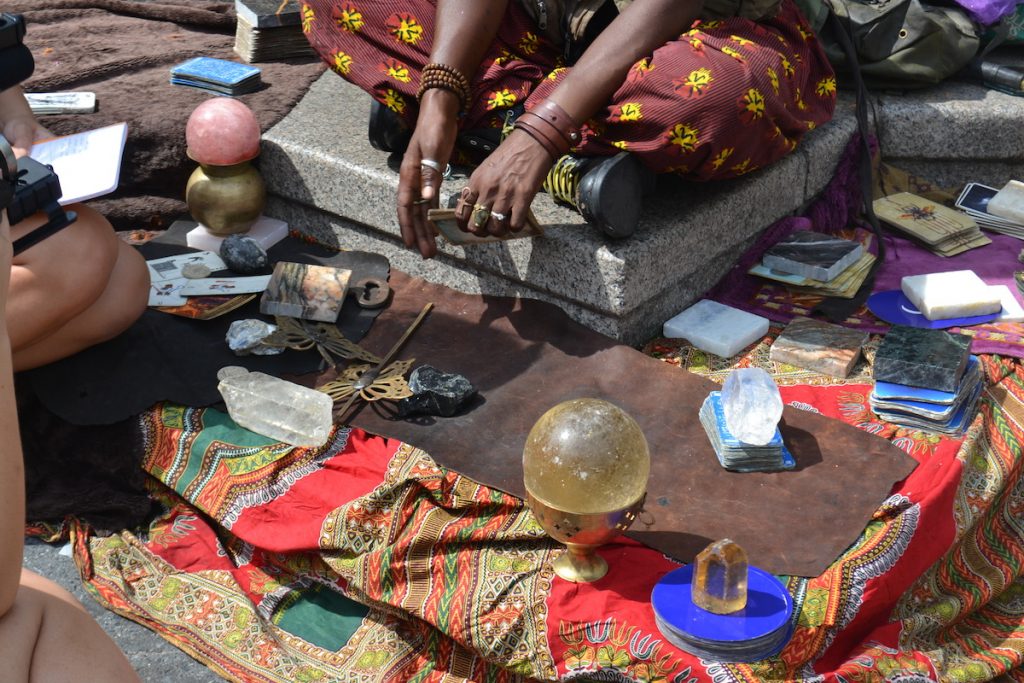 When asked about Uversa’s personal political opinions, the psychic medium said: “I think this year is a joke to be honest with you. I think that America should have had more selection. I see this particular election as a movie. That it’s all a show.

“I see that Donald Trump has a lot of baggage in the world as someone who could literally lead the country as a businessman, but what he has done with women, his take on immigration or his ideal of America… I think that should be left to a businessman’s point of view, not the president who is leading the country and representing us all over the world.

“I hope I am wrong [about my prediction]. I’m afraid for our future providing that Trump is elected. ” In regards to predictions about Hillary, Uversa says it would be a step forward for women everywhere if she were to become President but expressed concern for the lack of respect she would receive in the office due to her gender and the Monica Lewinsky incidents.

“When we were looking at Sarah Palin years ago when she was going up against Obama, [it was] the whole ideal of a woman taking on that role. But now because [Hillary’s] husband has had a reputation with the sexual advancement that happened in his turn, putting him back in the White House along with Hillary, will only make her seem as if she’s a spokesperson. She would never be taken seriously. She will only be seen as someone who is saying something that a group of team members have told her to say.

“She would not be taken face value in meetings with certain countries because of their values of what a woman should be. So for her to be at the table with other men… will be a step for women, but because of the reputation of the Clinton Foundation she’s always going to be re-examined about how truthful she is.

“None of [the candidates] to me truly are going to step up and represent America when it comes to the true face of America.”

Uversa earned her title of the Mother of the Park by distributing a portion of her earnings to the homeless who frequent the fountain: “Some people may simply need a coffee in the morning or perhaps a T-shirt. So I’ll go give them a couple dollars to help.”