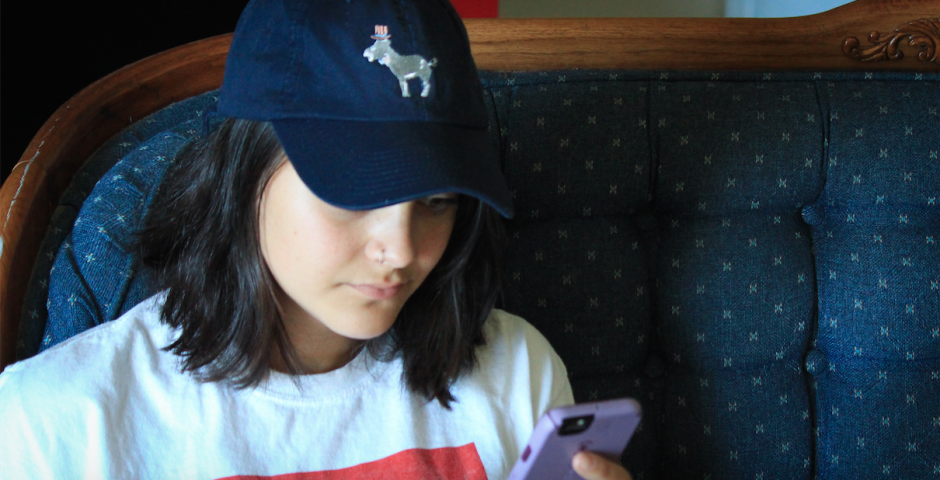 Using Bumble as a Clinton supporter made men adore me

They’ve got the chills for Hill

It’s hard enough to find someone you find attractive as well as get along with, so why would you want to throw in another dimension? Especially one which people are literally yelling in the streets about?

Well, I gave it a go. Bumble now has a feature where you can declare your political affiliation on your photos just with a swipe of a thumb.

Common knowledge dictates dating and politics don’t mix. Are there so many potential mates online now that you can afford to scare half of them off by wearing your political views like a name tag?

Evidently, yes. Last week, I Tindered and Bumbled undercover as a Trump supporter, and got over 300 connections.

In the spirit of bipartisanship, I decided to target Hillary supporters. I expected to snag a lot more matches with the Hillary profile. I figured a decent amount of people would be repelled by each candidate, but probably more so with Trump. So, I repped the Democratic nominee on Bumble and Tinder for a week. 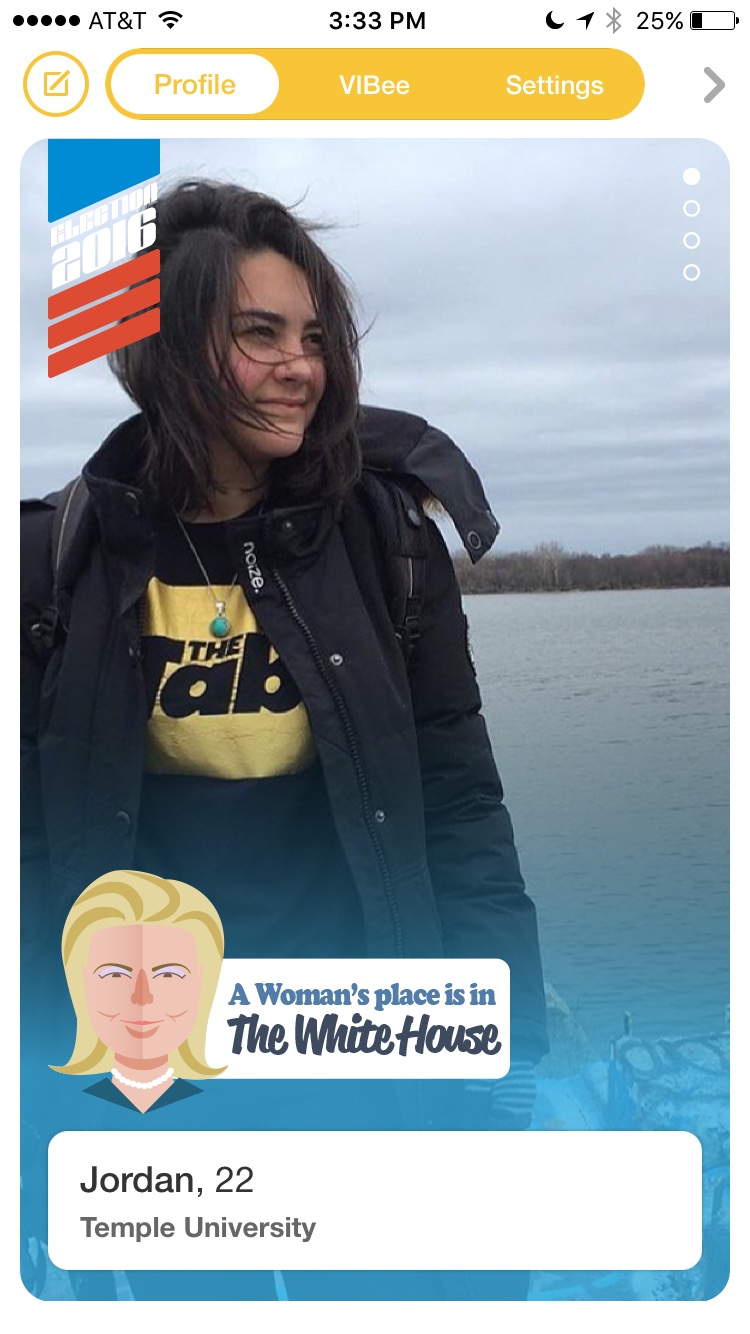 Though I used all different pictures from my last profiles, I was a little disappointed some of my old matches didn’t recognize me this time around. I was still the same person, after all. Nothing had changed but the camera angle and my support for the relative greatness of America.

A couple people did catch on: 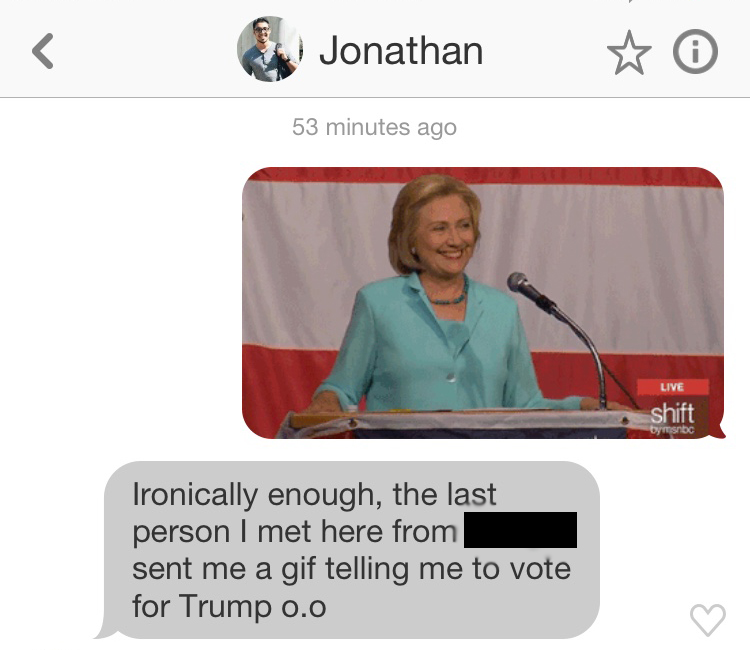 (So we meet again)

Some people, more so than when I had the Trump profile, were pretty put off by the fact that my account was pretty much a political ad. 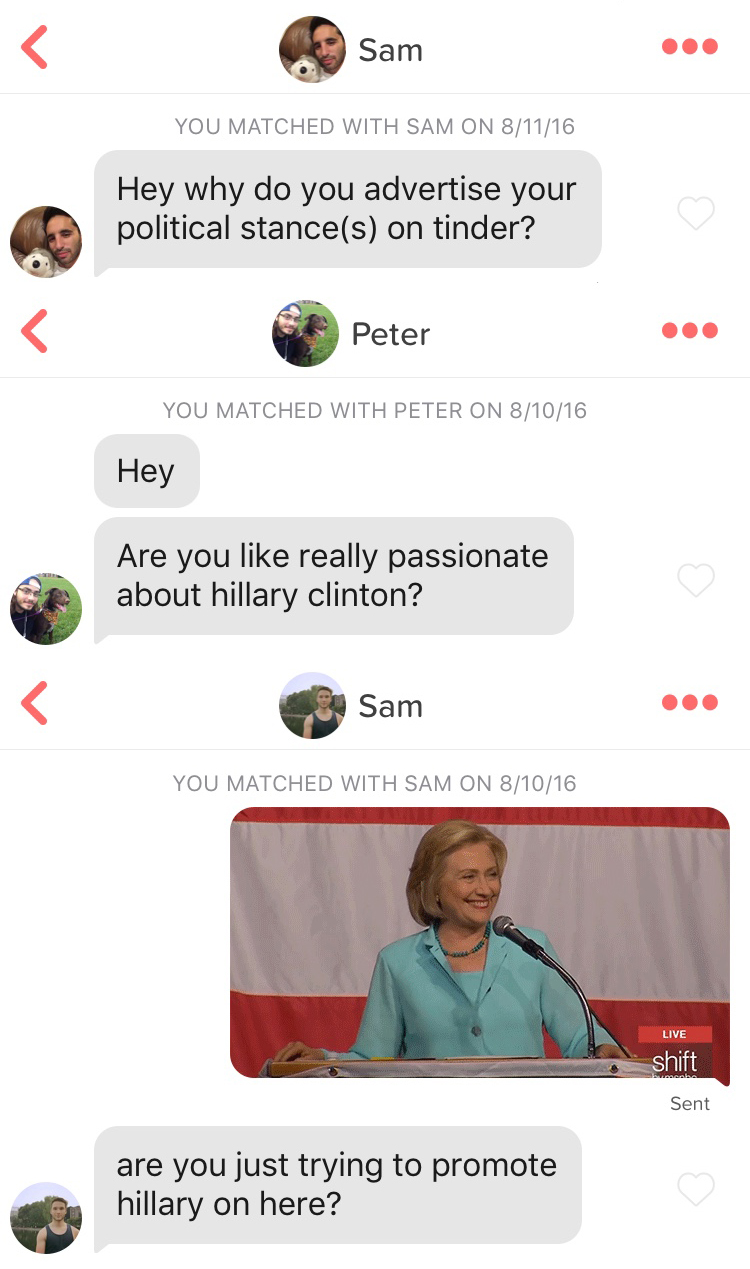 As with the Trump profile, I did get some matches disgusted with the political stance I was promoting, but far fewer.

Clearly, not as many people will take time out of their day to tell you why you’re ridiculous for supporting a conventional candidate than a bigoted business mogul with no political experience who one day decided to run for the highest political office in the country. Go figure. 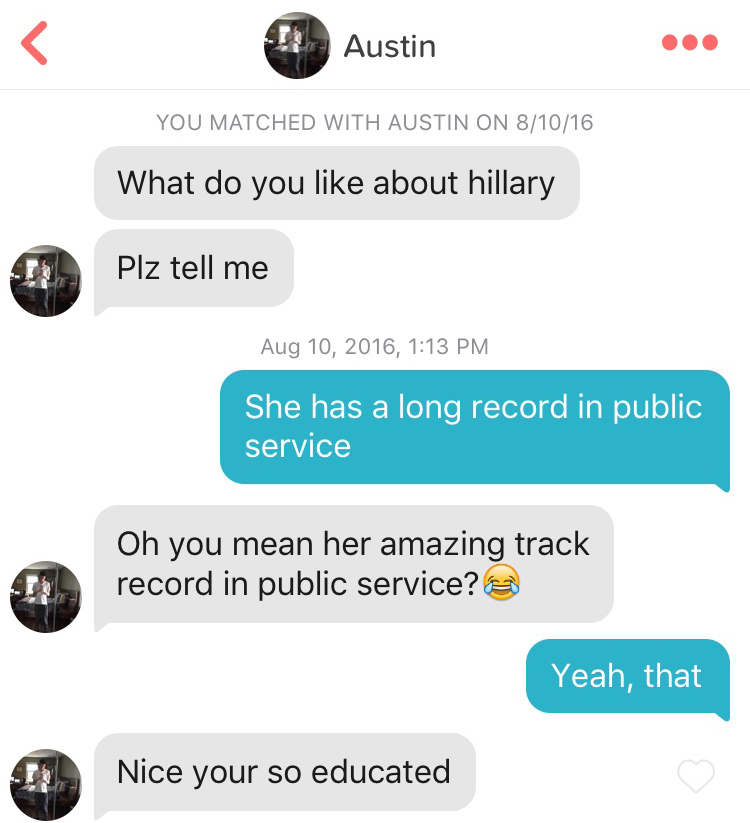 Austin’s reaction was not the norm. The majority of my matches ignored my thoughtfully selected winking Hillary gif and followed up with a pick-up line.

A couple guys did take a moment to say something anti-Hillary instead of going straight to the pick-up line, but they were all still open to talk to me afterwards. Only Austin was so sickened with my Democratic values that he completely abandoned any chance at our finding love. So long, Austin. It could have been beautiful.

Tons of them were all for breaking the glass ceiling. 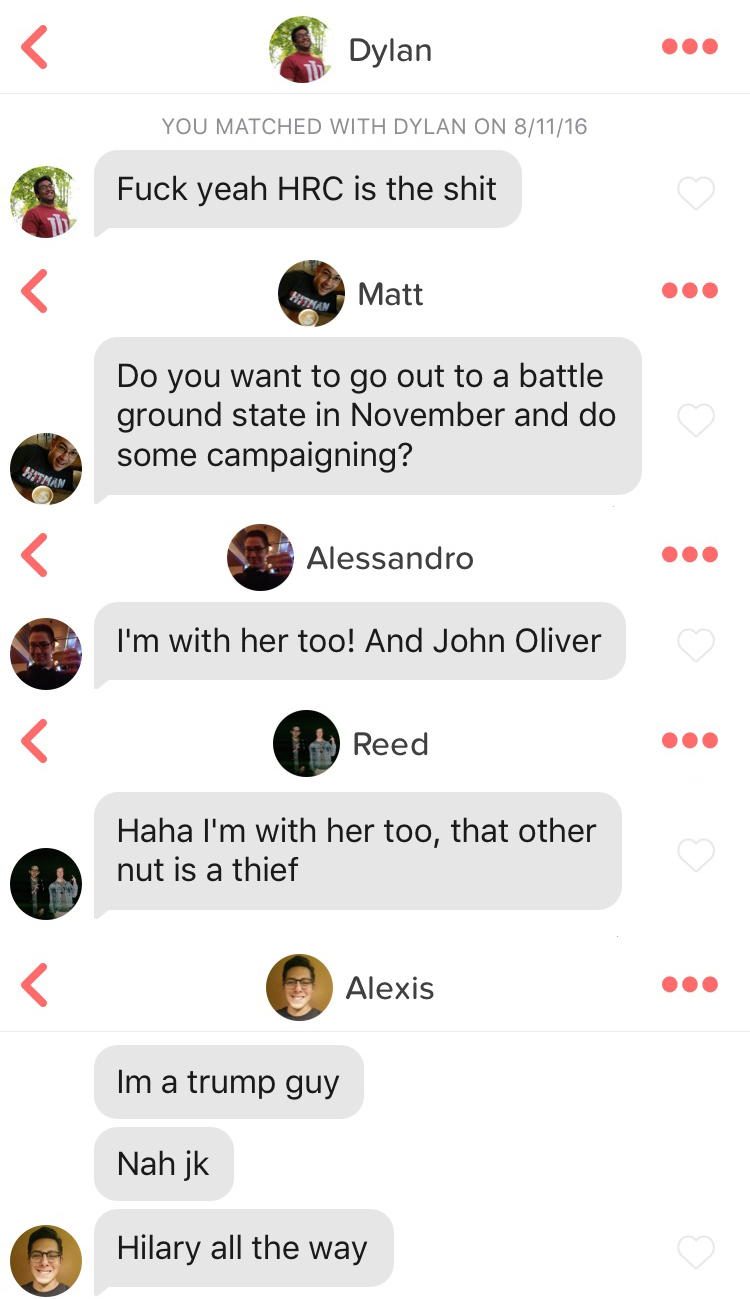 My Trump profile definitely lost me a couple more chances at connections than my Hillary one, but for the most part, my matches found it in themselves to overlook our differences. Even if I told them how badly I wanted that wall, they really didn’t care enough to un-match me.

The lesson is, girls, if you want to, wear your political views on your sleeve. Advertise your religious beliefs, how many kids you want, what you want to name said kids. You can say batshit crazy things online, and guys still want to hook up.