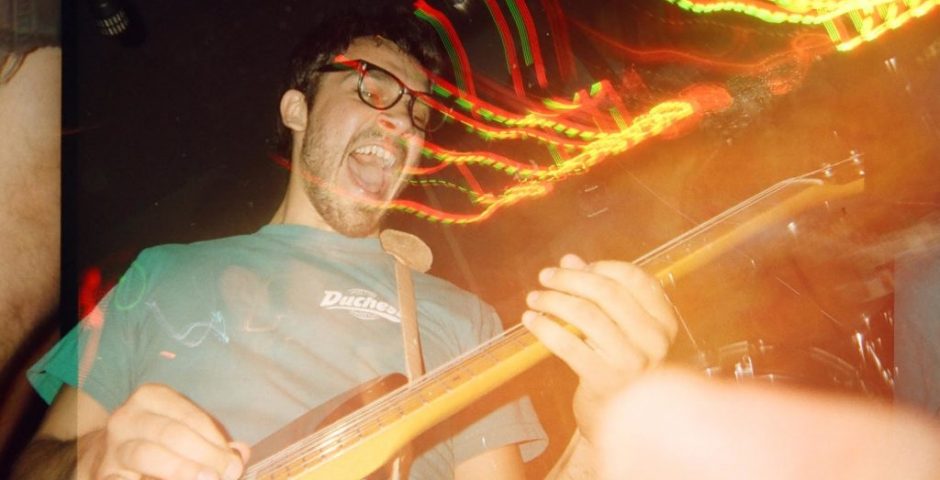 A cheesy chat with Greg Hanson of King Pizza Records

A hot slice and a hot track have a lot in common – the cheesier they are, the guiltier the pleasure; you want your slow jams hot, saucy and maybe a little bit sloppy; and the quality of both is usually terrible at children’s bowling parties. While bad pizza is still pretty good, bad music is just plain bad and must be stopped…which is where King Pizza Records comes in. 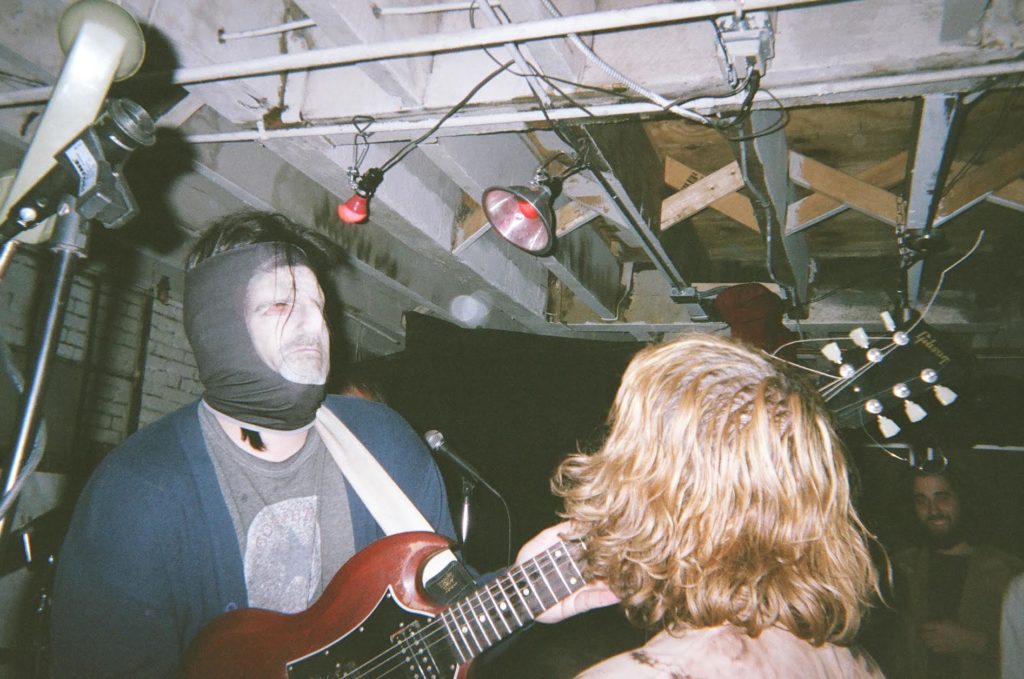 King Pizza Records is a Brooklyn-based record label, collective, and all-around DIY party helmed by founder Greg Hanson that endeavors to be a “pizza party for your ears”. While there’s a slight trend towards punk and garage acts, KPR approaches its genre selection as any pizza-lover should: omnivorously. We spoke to Hanson about the DIY ethos, balls-to-the-wall performances and what goes into running his “Island of Misfit Bands”.

How did King Pizza Records first come to be?

King Pizza started, like a ton of independent labels, as a means to put out my band’s first LP. We weren’t getting anywhere sending it out to other labels, so I decided to put it out myself. At that point, we [The Mad Doctors, Hanson’s band] didn’t feel like we were really a part of any of the various scenes here in NY, so we figured the label would be a great rallying point for other killer, high-energy rock’n’roll bands that were being ignored by the rest of the scene. So King Pizza came into being as this hybrid community and label, where we all hang out, play together, record each other, do art and have a thriving scene while releasing the records and tapes for these bands that otherwise have no other support system.

What do you look for in the performers you sign?

The biggest thing we look for is a sense of community. We want to make sure people are into it because they want to be an active member in this crazy set of rock’n’roll weirdos. I also want to make sure I really, really like them. I have no interest in working with a band that doesn’t grab me. And I want to make sure they play their faces off. Playing a weak live show is a real deal-breaker for me because so much of the local and regional music scenes are about playing out and often. I want to make sure the KP folks are bringing it at every show. It’s always a wonderful feeling to watch a band play just as hard for ten or a hundred people.

What are the daily ins and outs of managing King Pizza?

There’s a lot that goes into keeping the wheels greased around here, but it’s all really fun. I have a great team that helps me immensely. The daily routine constantly changes because there’s always something different going on, but I handle A&R, vinyl & tape production, PR, the Facebook page, filling mail orders, distribution to record stores, booking shows and festivals, graphic design, and sometimes I’m an acting band therapist. Lots of fun stuff. Bettina Warshaw is kind of our director of operations – making sure things get done. Stefan Mersch helps on the financial side of things as our sort of DIY CFO – trying to keep me thinking of ways to not lose tons of money. He also helps with PR, runs the website show and festival booking, and a bit of A&R. Young Alex, our “intern”, helps with PR and radio outreach, runs the Instagram, and any amount of small operations stuff that needs to be taken care of. He’s also got a car. That shit helps. 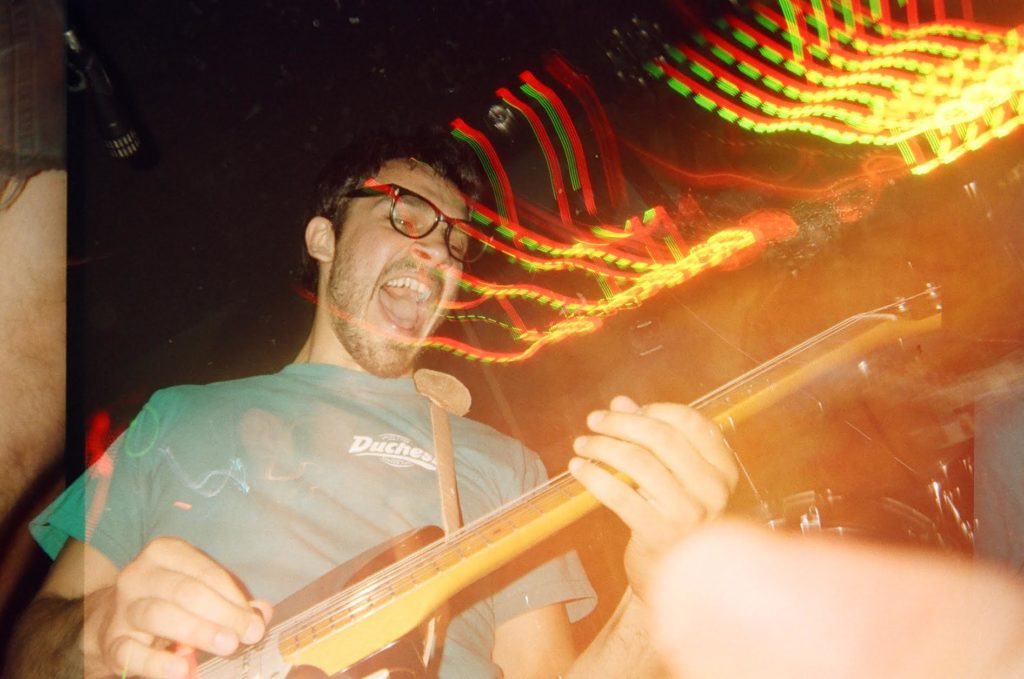 Tell me a little about Pizzafest.

Pizzafest started as our first “coming out” party – a Quinceanera of sorts. The first Pizzafest happened about six months into our life as a label and marked the release of our first three tapes. Since then, it has become the biggest weekend of our pizza-centric calendar – a three-day cheesy, gooey debaucherous good time where we bring in bands from all over the country to get covered in beer and eat tons of pizza. Each year has gotten bigger and badder where, this last year, we had twenty-five bands over three days and scarfed down countless pies. Each year, we always have a bunch of tape releases baked in. It’s like a big ass family reunion but a lot heavier and way drunker.

What would you like to change about the current music scene?

I think the music scene is totally awesome right now. There are always nay-sayers who don’t look in the right places for amazing bands doing amazing things but they’re there. I couldn’t ask for a more wonderful group of people to be friends with and the DIY touring scene is super inclusive and helpful and we’re trying to do our part in keeping that alive. On the other side, in America, it can be difficult to get people out to see shows for bands they don’t know and it can be even harder to get people to take small bands seriously. But that is something we’re trying to change – to get people looking at bands that tour frequently, that play amazing shows, put out great records but maybe aren’t “cool.” We are like the Island of Misfit Bands, and sometimes shouting into the void can be a little distressing or dissatisfying, but the plan is just to keep on shouting, putting out great records, and hitting the road. We can change peoples’ minds by merely being awesome and not giving up. 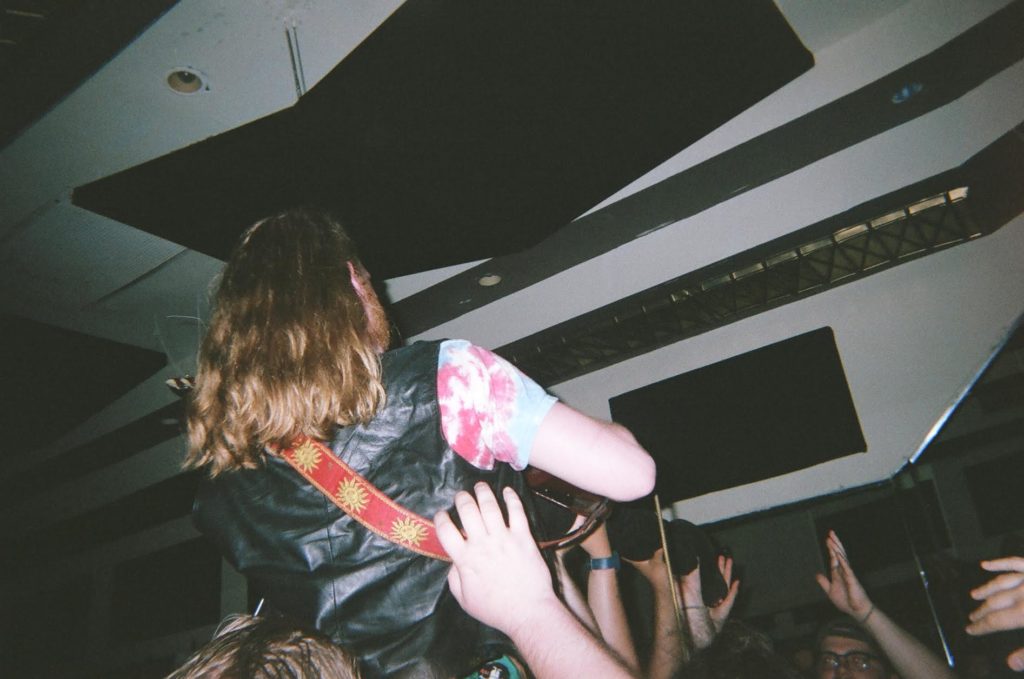 What’s the most electric live act you’ve ever experienced, and what made it so vital?

Most electrifying is a difficult question but I can surely say that one of the most vital musical performances of my life was seeing The Legendary Shack Shakers in college at The Middle East in Cambridge, MA. Col. JD Wilkes is such a madman and brought this insane punk rock energy that was what I’d imagine seeing Iggy Pop must have felt like for a lot of people. They stomped around, messed with the audience, and gave it everything for a blistering hour and I won’t forget how blown away I was because I had never seen a frontman so unhinged. And they were so heavy without being just the most distorted that is humanly possible. It kind of changed the way I thought about live music and performing.

But what’s amazing is that I have the distinct pleasure of watching my friends put on some of the best performances I have ever seen. There have been countless times when Sun Voyager has brought down the house. I have watched The Rizzos command an audience and woo them into submission. Vamanos is like an electric bonfire that roars with crazy ferocity. A Giant Dog makes every show the best party you have ever been to. And that’s just a few. We are blessed to be surrounded by incredible bands that really bring shit down and I have been very fortunate to see all of my friends turn in performances that have consistently blown me away and give any band that’s ten times “bigger” a run for their money. Our buds are hungry for blood and that vitalizes me more than anything.

What’s Next for King Pizza Records? Give us a sneak peek.

We have so much awesome stuff coming up that it’s ridiculous. We’re putting together an end-of-summer shindig called The Psychic Luau at The Kings Co. Distillery Tasting Room – bands, BBQ, outdoor hangs. We are putting out The Royal They’s monster first tape on Sept. 24th. We have killer tapes from Savannah GA’s Cray Bags on the way, St. James & The Apostles’ White Devil LP, The Mad Doctors’ No Waves, Just Sharks LP in a few months, an all day festival call Pizzamania in November – and that’s just a taste! We’re swimming in exciting stuff so stick with us and be a part of the family! 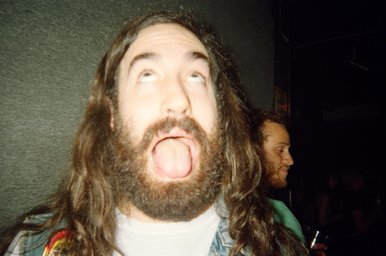