Everything you’d know and love if you grew up in Wilton, CT

It sits fifteen minutes from small, East Coast beaches and an hour from bustling New York City, a location that makes it pretty prime for summers.

It’s rarely bursting with activity, but I love my quiet, old-fashioned town and everything it has given me. It may not give me late night pizza, but I have college for that.

When I say nightlife is non-existent, I mean that Wilton only started allowing alcohol to be served in restaurants in 1992 and didn’t permit liquor stores in town until 2010. Progressive, we know. Even Scoops only stays open until 8 p.m. with special summer hours allowing them to stay open until the scandalous hour of 10 p.m. Of course, growing up here, you don’t realize how absurd that is until you go to magical places where food can be delivered at all hours of the night.

Since nightlife is a dead end, college students home for the summer catch up at local monuments like Wilton Deli and the Luncheonette. At these spots, you’re sure to run into at least three people you went to high school with or their parents. Your mom might yell at you for spending all your money on milkshakes and Barcelona sandwiches, but these are the tastes of home. 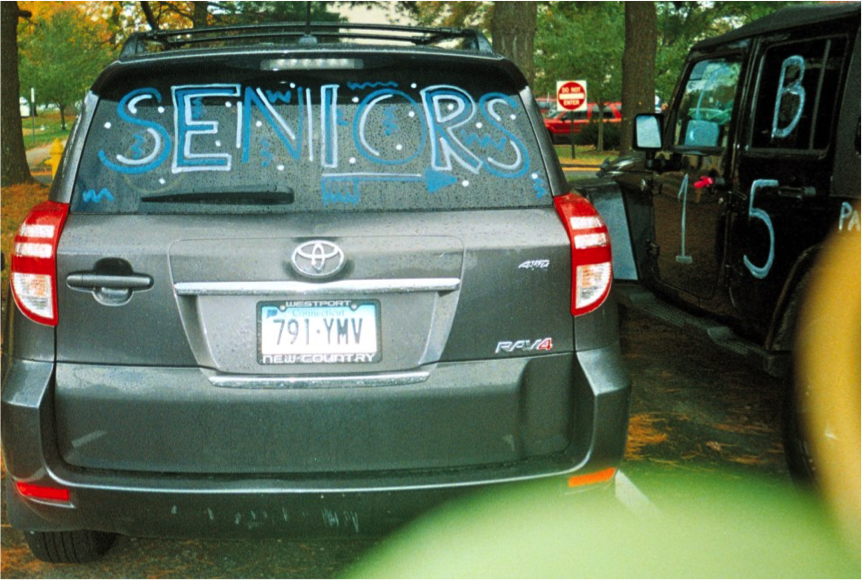 Thankfully, Wilton is not home to ramped crime, so when people decide to let loose on a Friday, it’s like Christmas for our boys in blue. They keep their eyes out for anything suspicious, especially Jeep Wranglers with “Senior Week 2016” written on them in blue and white paint.

This road was meant for an indie movie. Every person who grows up here has at some point hung out on this road with friends in the middle of the night. With the reservoir on either side of it and an island attached for you to stretch out on, it makes for killer stargazing and truth or dare.

Of course, the island is the property of Town of Wilton, which is why police drive by every so often (raise your hand if you’ve had a flashlight shone on you).

Sometimes we win states, sometimes we don’t, but everyone plays a sport growing up here. As soon as kids can pick up a ball, they’re in travel soccer leagues on Kristine Lilly Field and football camps at Middlebrook after school. Weekends are filled with parents sitting on bleachers watching their kids play while always cheering loud and proud. If you’re not into playing sports, you’re in the Warriors marching band rocking Thriller by Michael Jackson at football games 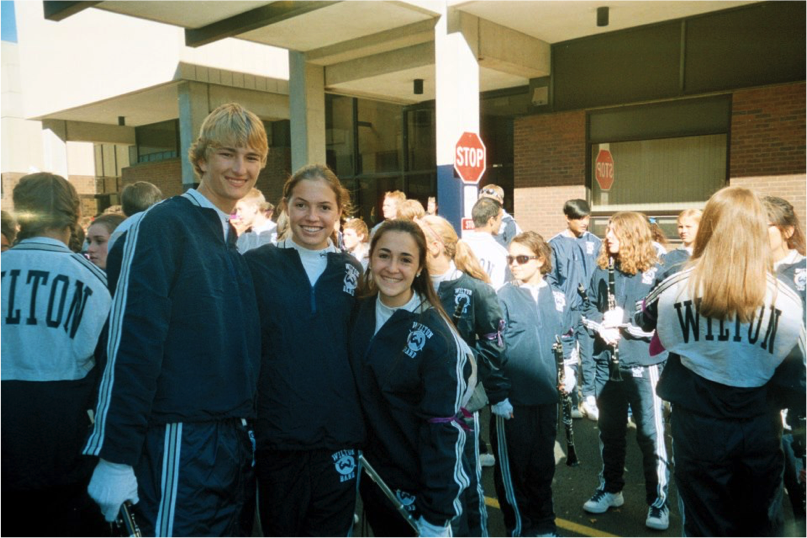 Within a week of moving to Wilton, I knew Kristine Lilly had grown up here. She’s a professional soccer player and our claim to fame. While there aren’t any proven theories on how people in this town grow up to be so athletic, legend has it there’s protein powder in the water.

For two out of my four Halloweens in high school, Halloween was not only cancelled by the town of Wilton, but it was also rescheduled. Both storms resulted in week long power outages and school was cancelled for a week. When we have snow, we really have snow.

There’s an abundance of nail salons

For some reason, we have three nail salons to choose from. Since they all have the same pricing, it comes down to personal preference and loyalty. They all do a pretty good job, but at the end of the day, people go to the one they’ve been going to for years. 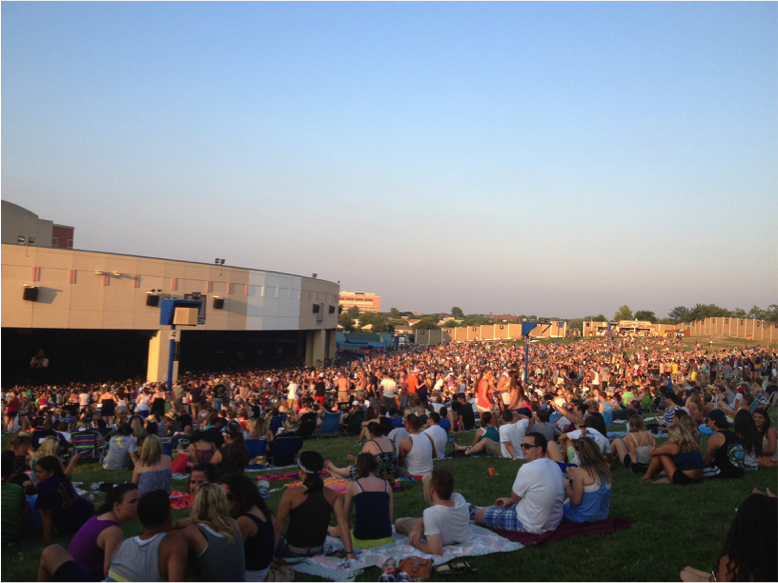 Whether you’re making your parents drive you and all your friends to Luke Bryan or you rented a school bus to take fifty of you to Rascal Flatts, this is a right of passage. At this grassy amphitheater, you’re guaranteed to lose your friends and find them a million times during the night.

Even college students home for the summer make the trek at least once to relive the glory days. It matters little who’s playing. It could be Dora the Explorer and people would jump at the chance to dance around with friends, meet new people, and drink some beer on a summer night.

After church lets out, everyone has the same idea. However, Orems is simply the right call for any occasion. From pancakes to calamari to souvlaki to pie, this place has it all and surprisingly stays open until 12 a.m.

When prom comes around, you go to Adam Broderick

Prom season means a lot of primping, and Adam Broderick is where you see everyone from high school on the big day. 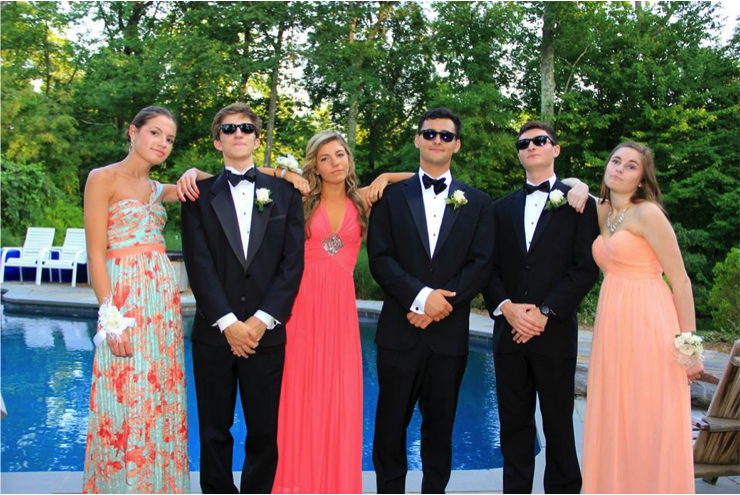 What Wilton doesn’t have, another town will

Going to eat at SoNo Bakery or shopping in Westport town center adds necessary diversity to your weekends. Towns in Fairfield County are so close to each other and easy to get to. Brother Jimmy’s and Johnny Utahs are just an Uber away for college students home for the summer who are hoping to leave their couches for the night.

When you grow up here and go through the public schools, you end up getting to know everyone at some point or another. I’m not saying by any means that you’re close with everyone, but it’s a small town where everyone’s known. There’s something comforting about the predictability and the familiar faces you see everywhere you go.

It’s a great place to grow up

No matter how much we complain about the early hours or the slow pace, Wilton is where we all grew up. It’s beautiful in every season with wide-open spaces to play as a kid to your heart’s content. Even though Fairfield County can get a reputation for being a place for the wealthy, that doesn’t define Wilton. Yes, there are plenty of people who have big houses and nice cars, but you would never realize that at first sight.

Being home for the summer can get boring, but now we are so lucky to grow up somewhere we can hike with our dog, go to the beach with friends, and take a train to the city at a moment’s notice. Small things that annoyed me about Wilton when I was growing up are now what I savor when I’m home for a few months each year.