There’s just more of us to love, okay?

As a rising junior, I have experienced ups and downs in my first two years of college. The freshman 15 is definitely one of the these downs, not because I put on 15 pounds , but because I was so self conscious  of my weight that I wasn’t able to focus on the important things. I realized that it’s not worth losing out on the fun of freshman year panicking about an extra layer.

I spent the first few months of college trying to avoid the dreaded freshman 15 by controlling what I ate and drank, running to the gym while my friends relaxed and buying only black clothes to make me look thinner. This fear of   gaining 15 pounds overtook my mind. I was unable to enjoy a basic ice cream date with my roommate, or a chocolate chip cookie in the cafeteria.

The minute I began  to accept my body size  after the freshman 15, I switched to a far better lifestyle. I began healthy eating and good working out habits. Instead of feeling guilty as I took a bite of the 600 kcal death by chocolate cake, I was able to enjoy the dessert bar. 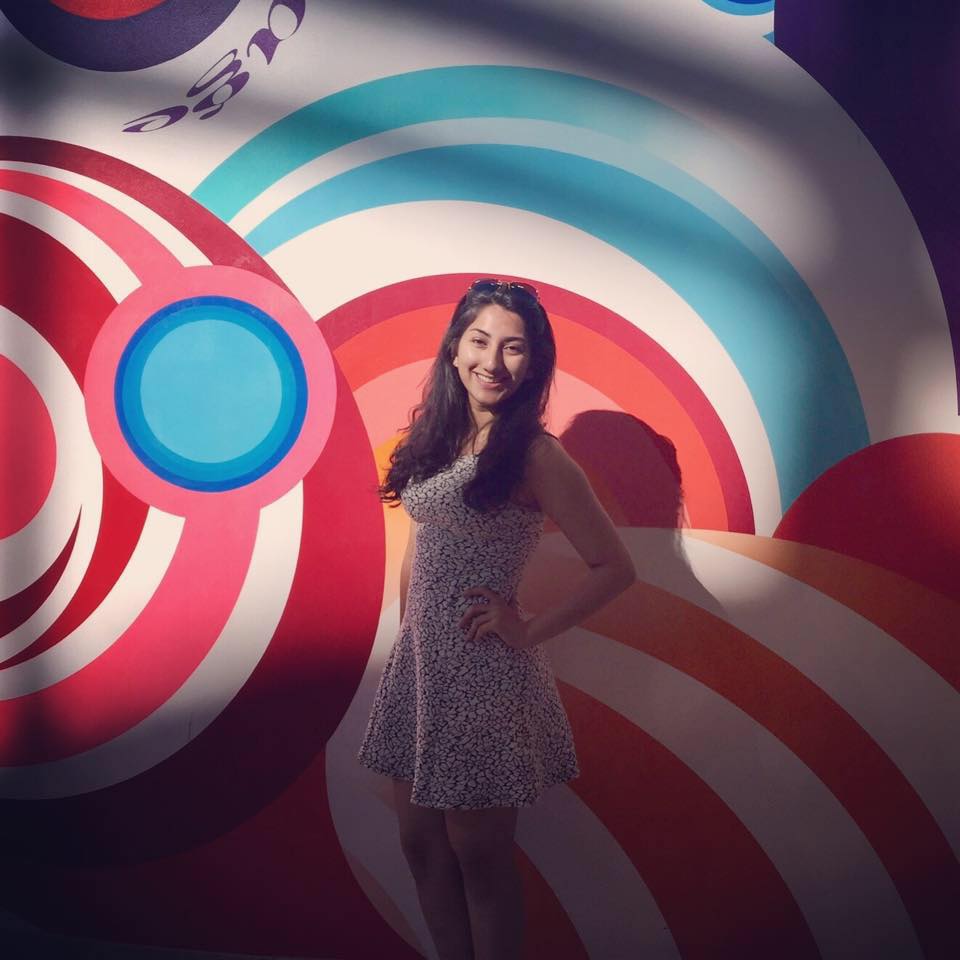 “Freshman 15 was something I had definitely heard of, but not something that significantly influenced what I ate during freshman year.  I had been taught about eating a balanced diet, and I knew that I loved trying new food, so I tried to find a balance between the two. I was  drawn to several new restaurants in Atlanta.  It was a bit difficult to always keep to a balanced diet because eating late while studying and grabbing the most convenient and often, unhealthy thing was  often easy. But soon enough I’d realize that I personally don’t feel healthy eating such foods and feel more energized when making healthier choices.” 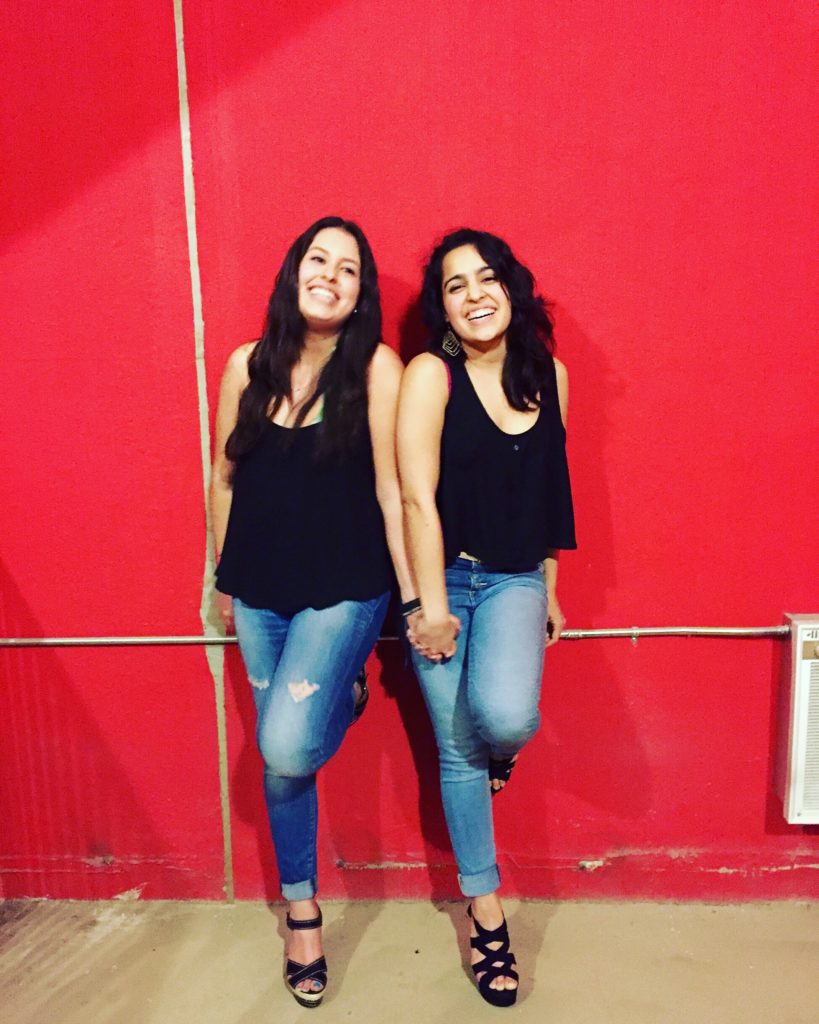 “Entering college, everyone warns you about the “freshman 15.” The thing is, it is almost as easy to lose weight during the first year at school as it is to gain it. Personally, I lost 15 pounds. Living in a new place is a perfect time to form new (and healthier) habits.  Instead of fearing the cafeteria food and alcohol, learned to be open-minded and try new things. To help myself from overindulging at the dessert bar, I followed one simple rule: I could only have dessert on the days I exercise, and only if it’s delicious. I began going to the gym with my roommate, and we bought a “health fitness pass” that allowed us to go to all the group training sessions we wanted. By the end of the year, I had lost about 15 pounds. When asked how I did it, I could never really give a definitive answer. My weight loss was not something I was conscious about, nor was it a goal of mine.” 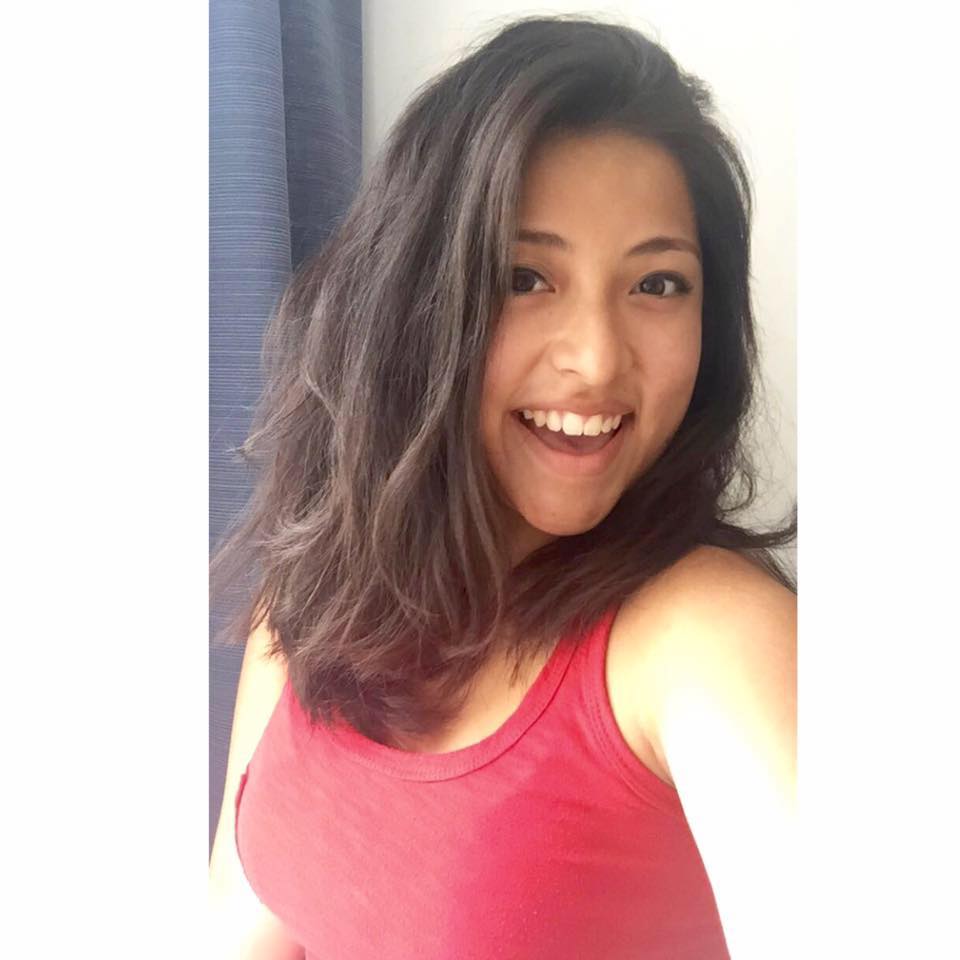 “Yes, I gained the freshman 15 and obviously, I initially tried to eat less at the dining halls, but I would honestly just go out and eat, with friends or just have fun, so I didn’t ever want to be the girl who didn’t eat out because she was on a diet. I accepted the hell out of the process of gaining the freshman 15 because I’m 19 and I can lose or gain whatever I want. Freshman year and college are once in a lifetime experiences, let me have my fun!” 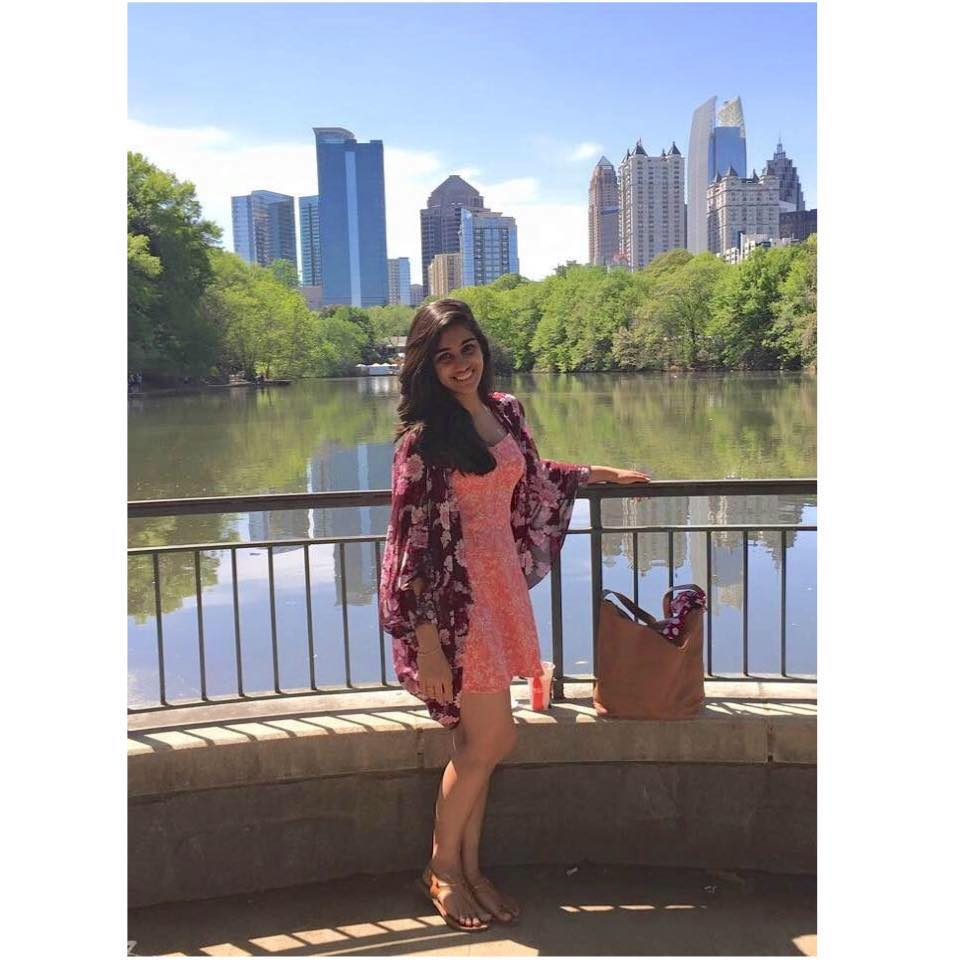 “I think freshman 15 is a valid concept to warn incoming freshman of the carefree, unsupervised world they are about to enter. Once you’re at college no one will nag you for eating the right things but you. So freshman 15 is really just your warning label on the college life package. In reality, I didn’t really see freshman 15 climb on (or I was lucky). You only have one life to try all these delicious (sometimes fattening) foods and being a foodie, I’m not one to resist. I’d say don’t invest time in constantly avoiding or calculating calories. Learning to balance is the way to go. So eat what you want, balance it with healthy habits and exercise- you’re set.” 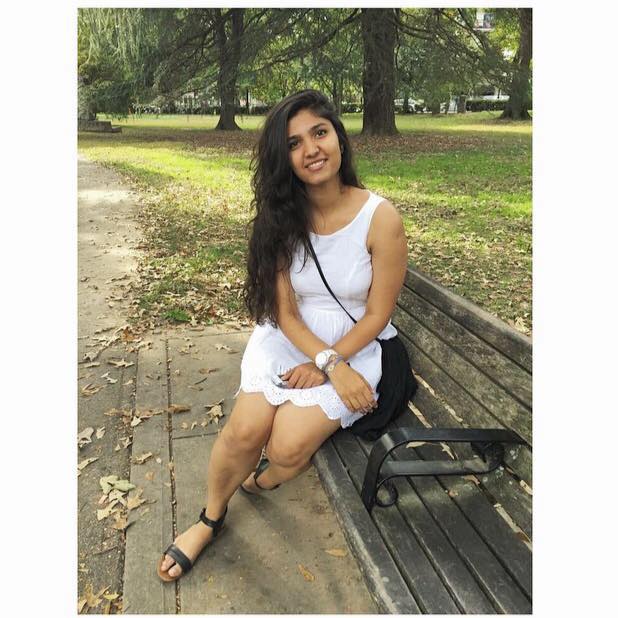 “Freshman year I wasn’t really concerned about gaining or losing weight but the fact that I almost never ordered dominos and kind of hated the vegetarian options at the DUC. I wasn’t really preoccupied with my weight or the fear of freshman 15 and I really enjoyed freshman year.” 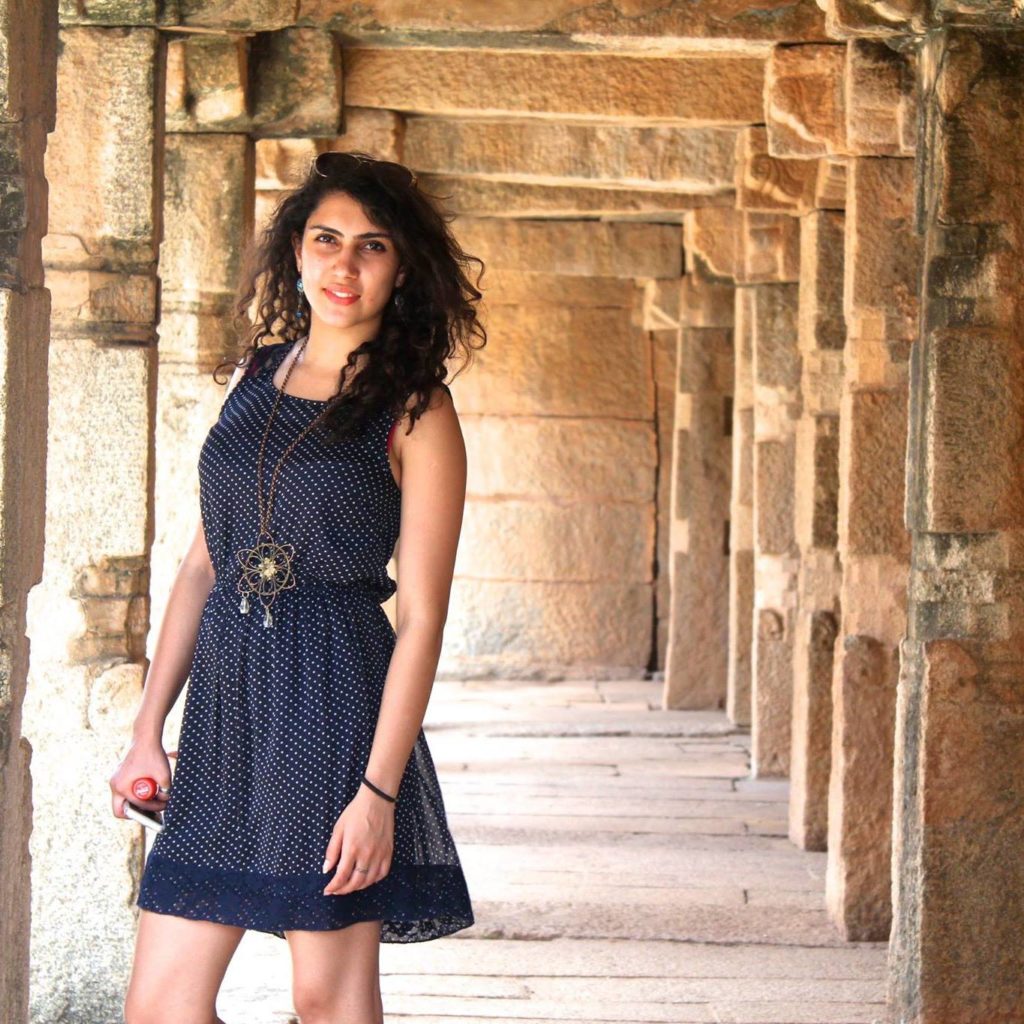 “I’ve always been super health conscious and into like healthy living practices & nutrition filled diets.I tried to avoid the freshman15 as much as I could and yes there were days I thought I was missing out on a few things and days when I wanted to throw in the towel on the healthy eating habits thing but honestly, for me, it’s always been a part of my lifestyle. As a freshman it’s hard to work out everyday or to maintain a strict diet, but I suggest that everyone should eat a bowl of fruits for breakfast and some kind of vegetable for lunch or dinner and cheat meals are perfectly normal. With this diet that I actually love, I enjoyed freshman year and didn’t put on the 15 pounds either.”

Accepting the freshman 15 as a part of your  freshman year will only enhance  it. Letting the fear of gaining weight to take over your senses will force you to focus on your diet and workout, instead of focusing on finding your friend group, learning to live away  independently, and on academic experiences.