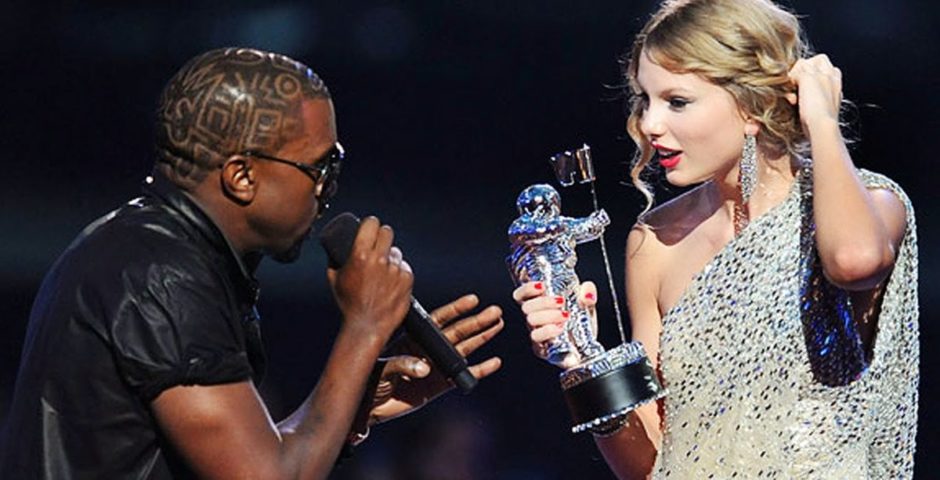 We spoke to an entertainment lawyer about the Kimye vs. Taylor drama

Following the video posted by Kim Kardashian on her Snapchat Sunday night in which Taylor Swift – shocker – DOES give her consent for Kanye’s ‘Famous’ lyric, the internet’s gone mad regarding potential media boundaries broken in the process.

Reaction has varied, with some defending Swift while others feel she was doing it for the attention.

“I feel that she was doing it for the publicity,” said 20-year-old Nina Lima. “It’s a little over-dramatic.”

Lima is not the only one who suspects Swift of playing victim.

Cassandra Jordan, also 20, said: “I love Kanye’s music and I don’t think he would actually do that to her. I watch all the Kardashian shows and I haven’t seen the latest, but I think Swift is doing it for attention”.

Overall, the fan reaction tends to be more annoyed than anything, with most other fans saying that it isn’t necessary to be making as big of a deal when there are other more important issues around the globe.

“I think it’s all childish, with all the other racism and terrorism going on around us, I ask is this really important?” said Sarah Gambruno, 20.

Taylor's so good at playing a victim that I'm surprised that they haven't cast her on Law & Order: SVU yet. #TaylorSwift

With the increased reaction and legal questions that this incident has raised, we talked to Los Angeles Music Attorney, Jesse Morris Esq. about the potential consequences following this situation, and what it could mean for each party.

Was it illegal for Kim to record Taylor?

“Recording laws depend on what state you’re in because some states require both parties to consent, while other states only require one party to consent. In California, you need to have both parties’ consent before recording a private conversation. Assuming the call is considered private, then it was likely illegal under California penal code section 632.”

Could Kanye and Kim face a possible punishment for their actions?

“Yes. In addition to possibly being subject to criminal prosecution for a fine not exceeding $2500 and/or imprisonment for up to 1 year, there could also be a civil lawsuit for monetary damages.”

Some people perceive this incident as a media stunt and that Swift is playing so-called ‘victim’ of the media so she can gain attention. If this is so, could she face possible sanctions?

“Most likely not. There could be potential defamation or other claims depending on specifics of what Swift said in the media, but she is likely very careful about her words. However, other people perceive this incident as a media stunt by Kim and Kanye to gain attention, and as discussed above, they could face possible punishment.”

Could this affect either Swift’s or West’s future music careers?

“The only real effect is likely to be their respective good-will amongst their fans and the public. Both Swift and Kanye have recording agreements, but this incident will not likely impact either of those deals. As far as their future music careers, at this point, both sides are at a super-star level in their careers where this incident will not likely effect either. In contrast, both sides are gaining publicity from the incident that may actually help their careers.”

#TaylorSwift acted like a rogue police officer—claimed she was attacked by a black man but didn't know she was recorded.

However, the California law goes into more specific instances where recordings take place. According to the Digital Media Law project, “If you are recording someone without their knowledge in a public or semi-public place, the person whom you’re recording may or may not have ‘an objectively reasonable expectation that no one is listening in or overhearing the conversation’.”

Since Kim was recording the conversation without Swift’s approval and she did not know Kim was recording, this may deem the recording illegal. However, considering the nature of Kim’s reality show, there could be an argument that Swift did not have an objectively reasonable expectation of privacy because Kanye is often in Kim’s show and Swift should thus expect the conversation to be public. Whether Swift actually had an objectively reasonable expectation of privacy would depend more on the actual circumstances of the call.

And the award for best snap story goes to @KimKardashian it's just too good! #KUWTK #TaylorSwift pic.twitter.com/Kzxc0JEyTJ

It's pathetic how quick our culture is to sensationalize a fabricated story..

While the next steps are still to be determined, the reaction isn’t slated to calm down anytime soon.

Disclaimer: this is just a conversation for general informational purposes and should not be taken as actual legal advice.