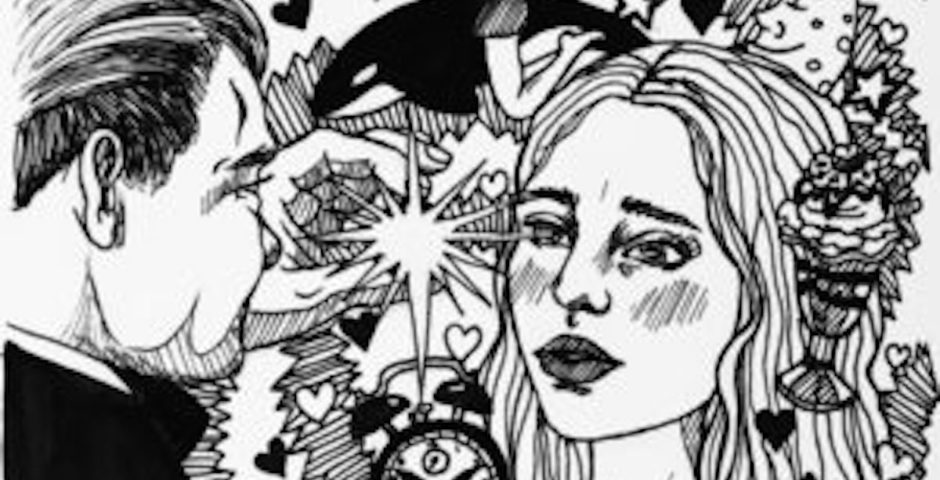 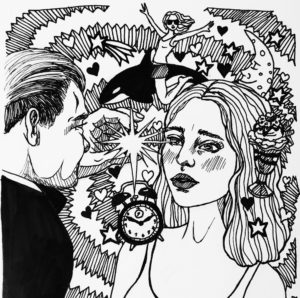 I knew some things about hypnotism from my parents. Incidentally my parents are practicing therapists and one of the sorts of treatments my mom would use, especially with patients with Dissociative Identity Disorder, was hypnotherapy. So I knew some of the basic components of hypnosis and hypnotherapy and sort of how it worked, but it was only a little here and there.

Demystify us a little about the act of hypnosis.

So basically, hypnosis is a combination of imagination, hyper-focus and relaxation. People go into trance ten times a day – it’s that feeling of when you are driving down a familiar road, you get to your destination, and you go, “wait, I completely forgot everything about the journey” – that’s a hypnotic trance.

When you are walking down the street, absorbed by your phone, ignoring your surroundings – that is also a hypnotic trance, which is why I generally tell people that it’s super easy to get people in a trance and it’s much harder to get them out because most people I know, especially nowadays, spend more time in a trance than out of it.

I always like to refer to hypnosis – and a friend of mine who is a professional hypnotist would always explain hypnosis this way – as “that place you go when someone calls your name out ten times and you don’t hear them.”

Is there a certain kind of person who gets hypnotized more easily?

I divide people into different categories when it comes to hypnotizing. I describe them like cars. You have your Ferraris, which go from 0 to 60 just by saying sleep, they’re already down, they can get into that right mindset in an instant. Those are the people you want up on stage. Those are the most fun people to hypnotize, the people who respond best to suggestions. Then you have your Toyota Camrys, still solid, can still get to the 60 miles an hour, just not as quickly, and you need to give them a little coaxing. Then you have your, you know, junker pickup truck. Gonna be the most resistant, the most stubborn, but still, you know, if you take the time and figure out the right conditions to get it going, it can still hit that 60 miles an hour. You can hypnotize all three, it’s just you need to approach each type of person differently.

Tell me about “hypnokink.” What is it and how did you get into it?

One of the reasons I got into hypnokink was that a friend requested that I do a show for her sister’s bachelorette party. Before then, I had done maybe two college shows and she said “yeah, do something really kinky and fun! Make one of the bridesmaids think she’s a stripper!” And I was like, OK, this could be interesting… hypnokink is usually done in a way that’s very one-on-one and intimate. Constructing that into a more performative context was a real challenge because, as far as I know, I don’t think anyone has mixed the two before. So I did!

What’s in your repertoire?

I’ve made one woman think she was an exotic dancer. I’ve made a woman think that her breasts had fallen off. I’ve made someone get sexual stimulation every time someone rubbed their nose…It’s funny because I’m always way more hesitant than my audience. They want to jump straight in, but its important to my ethics that I have full consent and that my audience has a full understanding of what I’ll be doing. 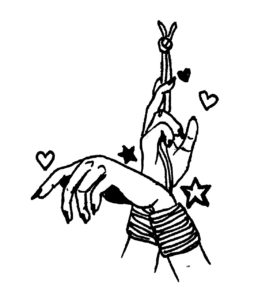 Got a quick message for skeptics?

I started thinking hypnosis was bullshit. I would see stage hypnotist shows and be like, okay, they’re all acting, it’s bullshit, it’s new-age psychobabble. And in a lot of cases, that’s exactly what it is. But the more research I did into the psychology, and the more I’ve seen it genuinely work and the more experience I’ve had, the more I understand how it works. Most skeptics misunderstand what hypnosis actually is. Because it’s not my control, it’s not putting someone into a brainwashed state, that’s not how it works. The hypnosis that we see in the movies where it’s some mysterious mind control just isn’t accurate. And anyone who says it works that way is a fraud.

One of two ways: they either go, “that’s really creepy and scary” or “can you hypnotize me right now?”