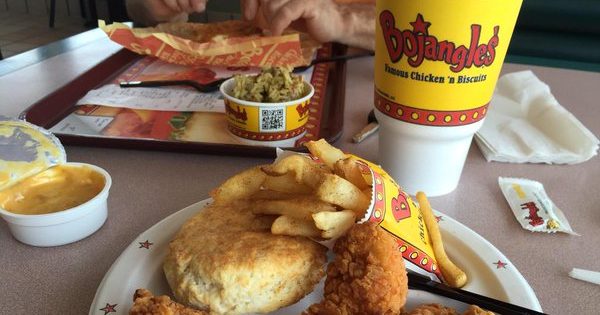 ‘We could get Cook Out’: The best of #GrowingUpInNorthCarolina

I thought everyone got to live this blissfully

5 years ago
News, South
US

Growing up in the South is something special. I wouldn’t trade it for a single day anywhere else. I spent my childhood days on front porches and backyard swings. I played outside. I caught June bugs in my hands. I understood the pain of being “chewed up by mosquitos”. Sweet tea was the only way to cool off in the summer. And, warm days seemed endless. I thought everyone got to live this blissfully.

Now, I’ve realized the uniqueness of the experience that is growing up in North Carolina. Not everyone understands true Southern barbecue. Not everyone has seen the Appalachian mountains on a crisp day in October. Not everyone has watched the sunrise over the Outer Banks in July. Not everyone gets fired up about college basketball.

Not everyone is quite as lucky.

I could write a novel about my love for this state – trust me, I tried – but I think the people of Twitter summed up all of my thoughts with their #GrowingUpInNorthCarolina hashtag. I noticed the hashtag trending this past weekend and decided to test it out. It did not disappoint. Various other states were trending as well – #GrowingUpInTexas anyone? – but North Carolina was just too relatable.

"Lauri.. Do you know where Fayetteville is?"

"45 minutes south of there" #GrowingUpInNorthCarolina

All of the small towns.

#GrowingUpInNorthCarolina "hey wanna hang out" "yeah, what should we do?" "um… we could go get cookout"

Nothing beats a 2 a.m. Cookout run. Fancy shake, anyone?

Friendships have been severed over choosing the wrong shade of blue.

Find a state who can do both?

#GrowingUpInNorthCarolina people out of state asking "what's bojangles?" and you just look at them with an intense stare

Do not question greatness.

#GrowingUpInNorthCarolina there is a "First Baptist Church" around every corner

And, you’ll be there in your best dress come Sunday morning.

“We go to apple picking in the Appa-LATCH-ain mountains every fall.”

#GrowingUpInNorthCarolina Friday nights are the most important day of the week.

#GrowingUpInNorthCarolina Thinking your grandparents were letting you drink wine at 8 years old but it was really just Cheerwine.

Followed by catching up on the last ten years in the middle of the grocery aisle at Walmart.

#growingupinnorthcarolina Doesn't matter where you go, you always see someone you know

School will be canceled at least twice in January for “possible precipitation”.

*moment of silence for the greatest meal on earth*