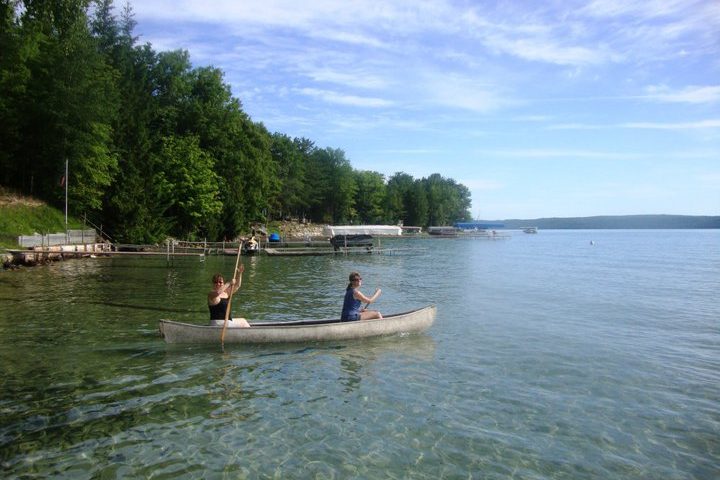 Why Torch Lake is the best vacation spot

In northern Michigan, way up in the pinky of the mitten, lies a national treasure. Torch Lake is a hidden gem that has become my favorite place in the world to be with family and friends. Sitting gathered around a campfire with my hands stuck together from marshmallow goo, chasing crawfish at night, and searching for the ever impressive state stone known as the petoskey will always be the things that make me smile the most in life. All of these simple joys can be experienced in one magical place and that is Torch Lake. 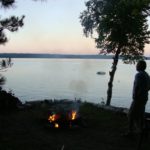 Beautiful is one word to describe this lake. The twinkling blues resemble those of the Caribbean, and the reflected sunrises and sets make it feel magical. In fact, National Geographic named Torch Lake the world’s third most beautiful lake. The lake holds the state record for being the longest and deepest inland lake in Michigan, at 19 miles long and 285 feet at it’s deepest point. Having something so naturally amazing so close to home gives everyone the perfect excuse to float around on it for a weekend. Seriously, Google it. 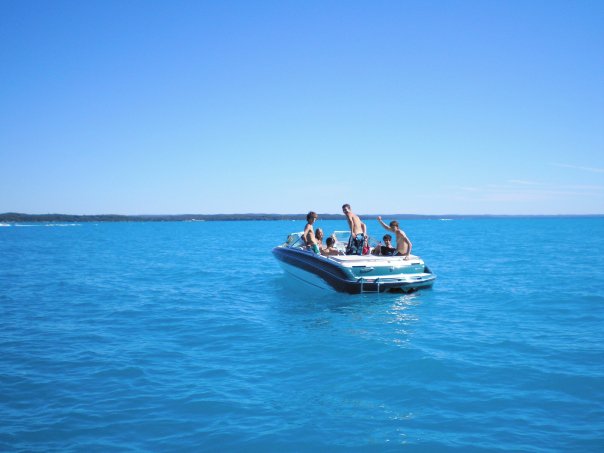 Quaint towns surround Torch Lake. Elk Rapids, Alden and Kewadin are just a few. In these towns you can find the good eats and good company, where everyone wears a permanent smile. In particular, Elk Rapids is known to have a summer festival each year called Harbor Days. The streets are closed off, and the public is allowed to wander the shops and restaurants that stay open late. There are street games of giant chess, face painting and even magic shows. It’s truly the perfect place to take your family for a night close to the beach and surrounding harbors. 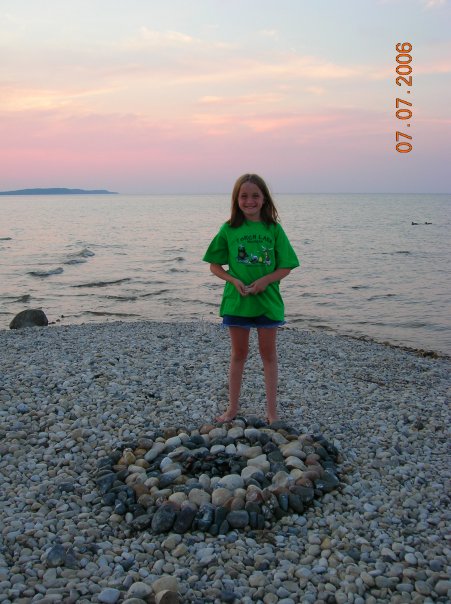 Near Torch Lake is the cherry capital of the United States, Traverse City. Any direction you drive will take you through miles upon miles of cherry orchards, where the air is fresh and breezy. With that comes an unlimited source of cherries and cherry products. You know that chain store with the delicious samples of things like cherry salsa and chocolate, Cherry Republic? Yep, based in Traverse City. I can’t remember a summer where we didn’t leave northern Michigan with less than six pies. 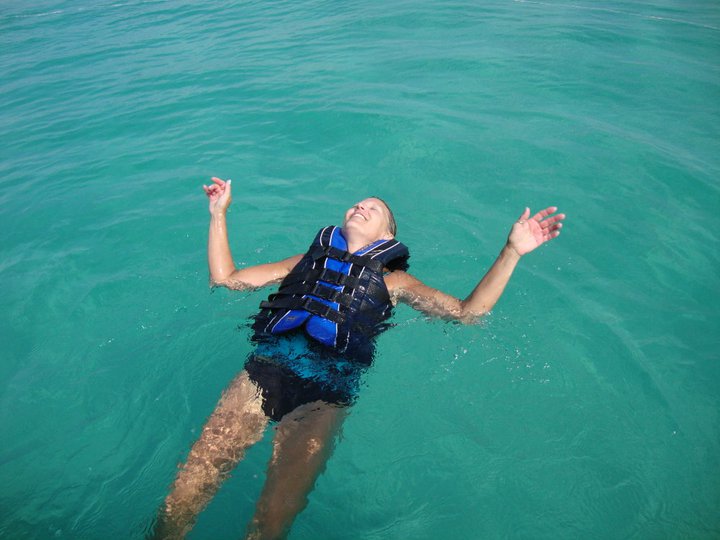 Every summer on the 4th of July, there is a massive firework show over the shallows of the south end of the lake. To see the display, people take their boats out that evening and anchor in the deep lake to watch the show reflect over the water. 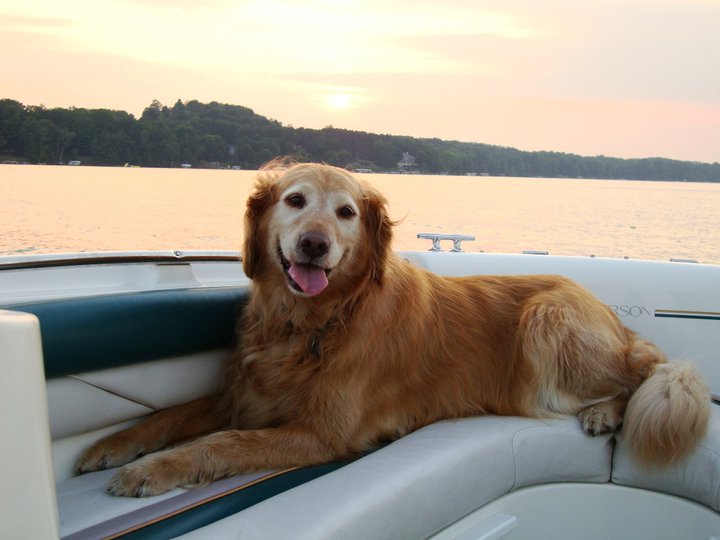 Torch Lake is typically known for it’s sandbar. At the south end of the lake, the waters are much more shallow, allowing people to anchor and just chill. It’s pretty impressive to see all of the boats, jet skis, kayaks, and other floats clustered together over the stretch of clear water. In years past, the sandbar has become known to be pretty rowdy, to say the least. People get very relaxed and the result is basically a massive pong party for adults, which is pretty cool when you get to see dad in action, moving up the bracket. To cater to the needs of the people on the water for the day, there is a boat literally called “The Burger Barge”. It’s a double-decker pontoon boat, complete with a water slide, that is essentially a floating Quickie Burger. 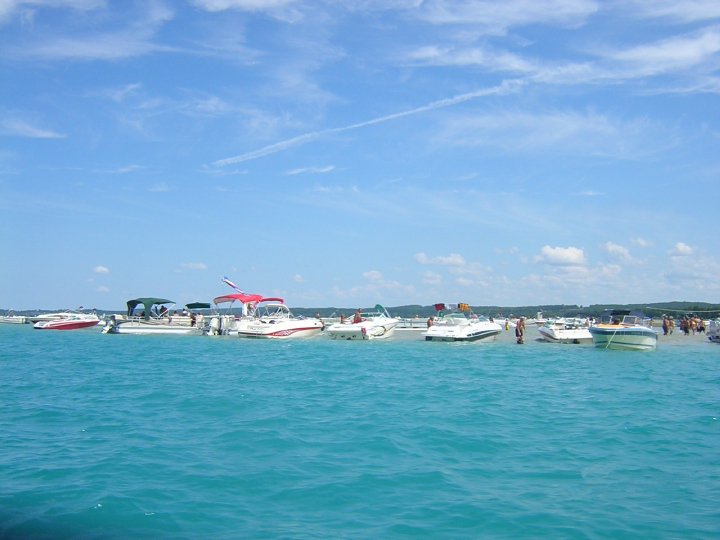 Celebrity spotting is common on Torch Lake, as individuals like Eminem, Kid Rock and Michael Moore are known to have lake houses on the tranquil shores. Seeing their breathtaking homes really gives you an idea of how luxurious or laid back you want your time on the lake to be. My parents to this day swear that Kid Rock’s “All Summer Long” is in fact about spending time on Torch Lake, and don’t even try to tell them different.

If you’re into a more casual type of vacation, Torch Lake is known for it’s abundance of musky. Michigan’s state record for the largest musky caught was achieved on the lake in 2009. The fish was a 55 inch monstrous thing, and is still at the top of the state leader board. 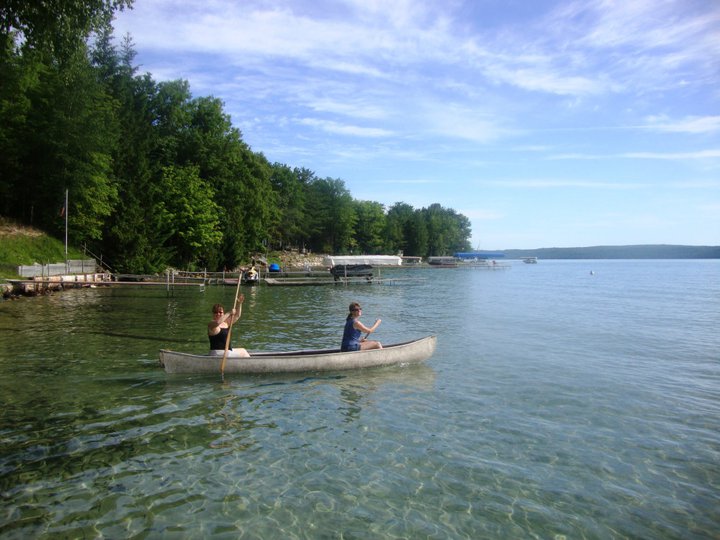 It really is the greatest place on earth and if you haven’t been yet you have to.