Hillary has finally come out swinging at Trump

The duo held hands and waved as the crowd held “Girl Power” signs in the stands and Rachel Platten’s “Fight Song” reverberated throughout the room.

In two passionate speeches, the women worked together to launch a full fledged attack on republican candidate, Donald Trump. 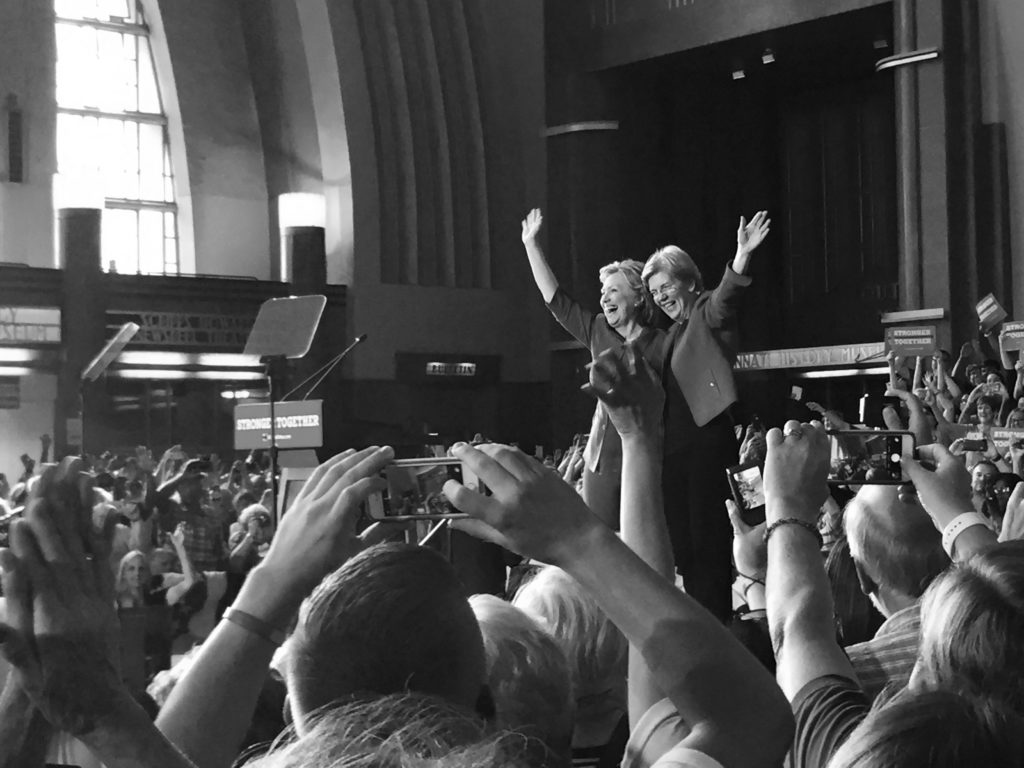 After a comparatively gentle campaign, Hillary Clinton has finally come out swinging with only one target to hit: Trump. Stroke after stroke, she punctures new holes in the Donald Trump piñata, if only to remind us that when he finally cracks open, we will not be rewarded with candy – but with anger, hatred, and bigotry.

Elizabeth Warren borrows from Hillary’s slogan as she proudly tells the crowd, “I’m here today because I’m with her!”

Senator Warren seems like an obvious campaign partner for Hillary given Warren’s history of being a rather outspoken critic of Donald Trump.

Even Hillary Clinton can’t help but admit: “I do just love to see how she gets under Donald Trump’s skin.”

Anytime someone calls out @realDonaldTrump, he replies with right-wing conspiracies & lies. It’s not presidential – & getting very old.

Warren took her anti-Trump message off Twitter and onto the campaign trail, all the while praising Hillary as a woman who “knows what it takes to defeat a thin-skinned bully who is driven by greed and hate.”

The speeches given were a quick and calculated attack on Donald Trump’s campaign, with both Clinton and Warren finding new ways to remind the audience just how despicable a Trump presidency would be.

Warren powerfully delivered the message: “Donald Trump thinks African Americans are thugs, Muslims are terrorists, Latinos are rapists, and women are bimbos,” she said before assuring Clinton does not stand for the same kind of hatred, bigotry and racism.

As Warren and Clinton swiftly delivered witty one-liners intended to expose Trump’s hypocrisy and hatred, Hillary Clinton was painted as the everywoman.

She is someone who doesn’t just represent her party or class, she represents all people – all ages, races, classes, and religions. Clinton spoke about her time as senator, explaining that during her term she “didn’t just represent Democrats, [she] represented all of America.”

Her run for president is merely an extension of that want to represent all of America, not just the rich.

“I got into this race because I wanted to even the odds for the people who have had the system stacked against them,” Clinton proclaimed. 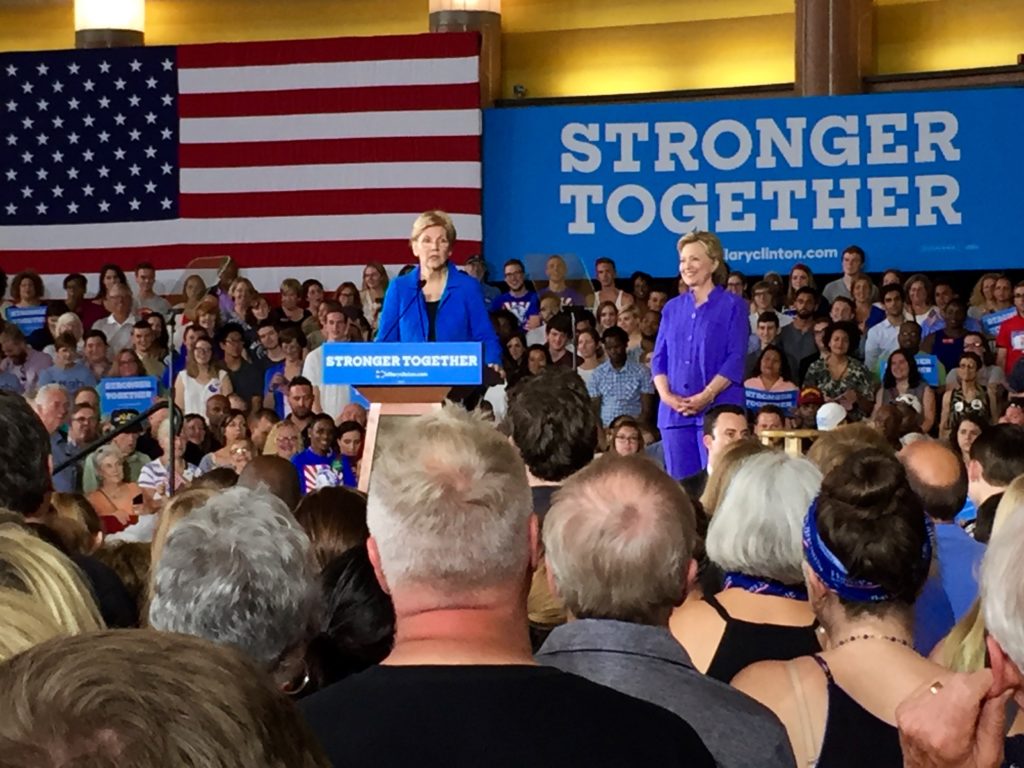 Although Warren did most of the dirty work when it came to critiquing the 800 lb financial gorilla, Clinton eventually took her turn at him, launching her own attack on presidential competitor Donald Trump.

She speculated on his inability to definitively say what he plans to do in office. “He has no strategy…but maybe we shouldn’t expect better from someone whose most famous words are ‘you’re fired!’,” she said with a laugh.

Hillary Clinton warned the crowd that a “Donald Trump presidency is one of the greatest threats facing the American economy today.”

A great day to hit the campaign trail in Ohio with @elizabethwarrenma.

She said that while he claims to be for American business, his own businesses do not represent this ideal: his suits are from Mexico, his furniture from Turkey, and his barware from Slovenia.

Clinton urged us to not let Trump bankrupt America like he did his casinos, or to allow him to continue to steal money from young students through the guise of a fake university.

She believes Trump reminds us everyday “he’s not in it for the American people.” Instead, Trump is in it for himself.

Warren and Clinton’s motto for the morning was “go big” and “go bold,” and that is exactly what they did.

They stood together hinting at what could be a historic all-female ballot, delivering a message of unity, love, and respect – for everyone but Donald Trump, that is.