In my corner of Virginia, people take their right to bear arms seriously

The first time I ever saw a gun, I was five years old and my dad took me and my sister into his bedroom and opened up his gun case.

He said, “Girls, this is my gun. It’s a weapon, not a toy. I keep it under my bed and you are never to touch it, but you need to know it’s here. It’s here to keep you all safe.” While I never had much interest in them beyond that, most in my area did.

Most everyone in the Southwest Virginia/ Northeast Tennessee region (I live in Bristol, near the state line) have at least been exposed to guns, if they don’t own any themselves. My father has even been asked to carry one to church given the rise in congregational shootings. He sees this as a sign of trust from the congregation and community and a point of pride for himself.

“Guns are important to me for personal protection of myself and my family,” he told me. 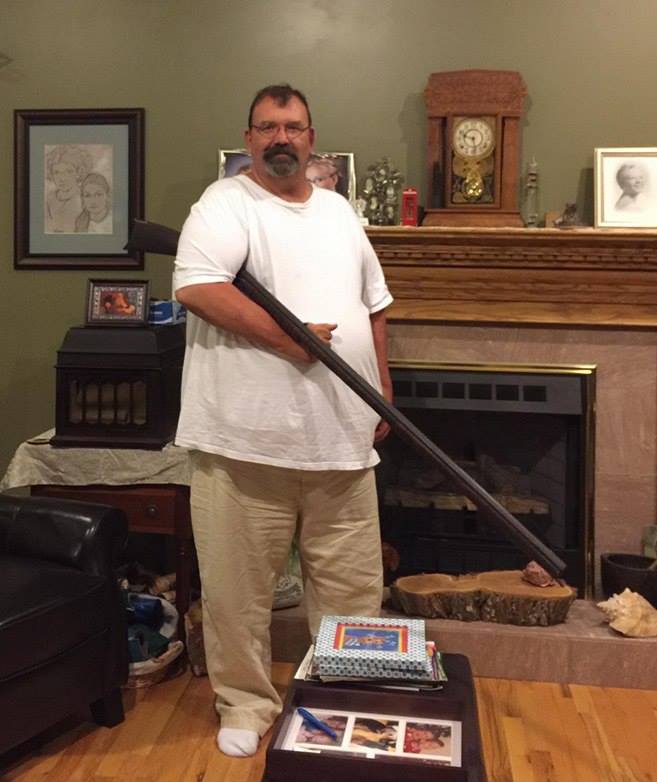 The national debate over gun control, which has been escalated since the Orlando attack, hasn’t heard from too many ordinary gun-owners in areas like mine. So in the days after the atrocity, I asked members of my community which weapons they own, and why guns are so important to them.

Some people have straightforward reasons for their gun ownership, like my dad, and like Alexis Tromboli, a 21-year-old waitress. She told me: “I feel much better knowing I can defend myself against any attempt to harm me.”

Other people have more theoretical explanations. Josh Pierce, a 23-year-old Marketing and Communications major, is interested in the historical necessity of guns. He told me:

“[Guns] are the one thing that give American citizens the power to defend their fundamental privileges given by the bill of rights. I firmly believe our ancestors  realized how imperfect our constitution was and that in reality it was only a piece of paper. If the government wanted to it could always assert itself over its citizens and take away the people’s voice because what is a law if it can’t be enforced?

“The second amendment and thus firearms are what gives the people not only a voice, but the power to protect their voice from those who may try to silence them. To me, firearms are important because they protect our way of life and are a sure sign that this government is ruled by the people and not the other way around.” 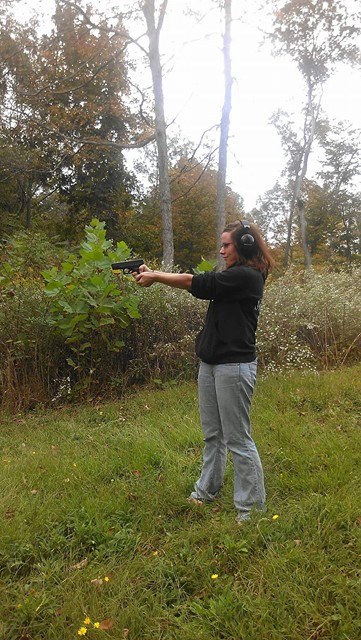 Josh has an “EDC (every day carry) which consists of a subcompact Glock 27 for concealed carry, an AR-15 which [he] uses for competition shooting, and a highpoint 9mm,” he uses to educate others on “proper firearm safety.”

Ours is a region where parents take their kids to gun ranges and hunting trips as bonding activities. Mark Widener, a 24-year-old Audio Engineer major, reminisced about his first time shooting saying, “My mother’s boyfriend kept me out of school that day to try and teach me the importance of hunting game for food” when he was around five years old.

“Guns are an important cornerstone of our culture,” Mark said, “they were an essential tool used to lay down the foundations of our country!” Keith added: “guns are an integral part of who we are as Americans.” 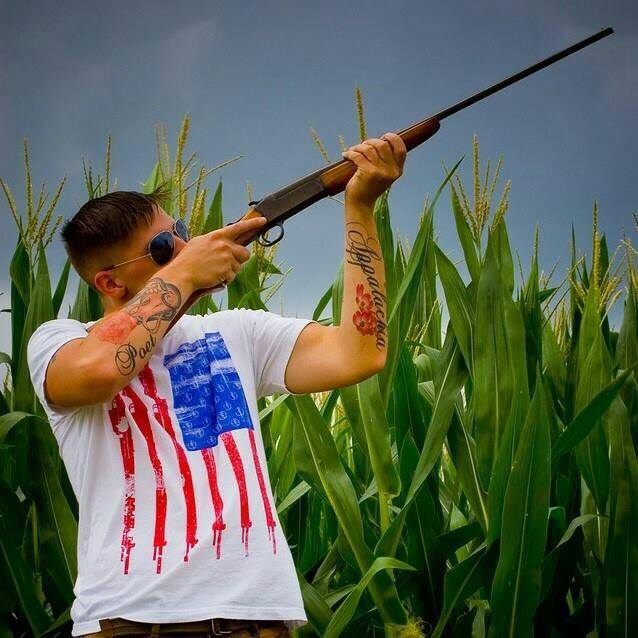 So what does all this mean for politicians? What do Southerners expect of their candidates? Keith said he’d prefer it if candidates stayed out of issues like gun control, adding: “My biggest concern is always that, whenever they do legislate, they want to punish those who are legally using their guns correctly when those that are acting poorly usually don’t obtain them legally anyway.”

Alexis agreed to a point, adding: “I want there to be a stronger background check done on someone who wants to get a carry permit or buy a gun, but taking guns away from law-abiding citizens isn’t the answer. If you take guns away from those who use them in accordance with the law, then the only ones left who will have guns are the criminals.”

Gun-enthusiasts in this area are afraid of having their guns and their rights getting taken away from them. Most see them as a means of protection against criminals, intruders, or wild animals, however, some just enjoy the sport of shooting.

Not everyone in this area is against gun control, however. Jonathan Salyer, a 24-year-old server said that he feels gun control is a little too lax. “Mass shootings have now become second nature to us and we’ve been desensitized to it due to there being several [shootings] a week,” he told me.

Jonathan Hilgendorf, a 23-year-old music education major, said he feels the answer to gun control is “all things in moderation,” adding: “some weapons weren’t created for either [hunting or protection]. Automatic long rifles are made to kill as many people as possible in the shortest time span possible. They are murder weapons, not tools, and any true gun aficionado doesn’t require one to suit their needs. The only use I can see for, say, an AR-15, are either leisure or mass homicide, and ‘it’s so much fun to shoot!’ isn’t a suitable excuse to sell those to civilians.” 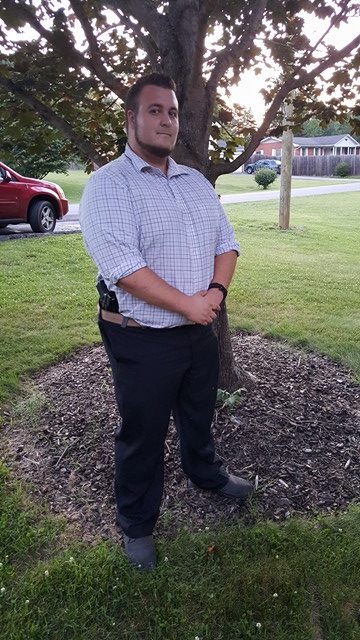 Hilgendorf continued: “I get that anti-gun-control citizens don’t think gun control works, and in some ways, they’re right. Violent crime continues without guns, but we have to do something, because a knife or a handgun would not have been nearly as lethal in Orlando as that AR-15 was. I agree gun control needs new ideas and needs to take new forms, but that doesn’t mean that we should do nothing – it means we should research and find better ways to ensure safety from criminals with guns.”

Salyer says he feels disarming America entirely is “the wrong move,” adding “people have the right to bear arms, but it should be limited.”

Having spoken to people in my community and thought about the issue, I find it hard to agree. We shouldn’t punish law-abiding gun owners, but adding more restrictions doesn’t seem unreasonable.

My boyfriend, Nick Branson, a 23-year-old music industry major said he doesn’t think the average citizen needs access to semi- or fully-automatic weaponry. “It’s dangerous on its face, and gratuitously so,” he told me.

I asked Hilgendorf what it was like living in a predominately anti-gun-control region. “It’s frustrating as hell.” He characterizes the stance of many who oppose gun control as “trusting more in a nation where every citizen is armed to the teeth than in the ability of a citizen-elected government to find ways to keep us safe.”

Nick says “it is easy to see how loose gun control laws changed people.” He told me, “the intention of having a powerful gun in the house is for protection, but many began to go beyond that application, such as threatening any and everyone that touched their property, regardless of their intent.”

Whatever side of the issue you’re on, if a political candidate wants to reach this area, they’re probably going to have to discuss gun control in light of support for law-abiding citizens’ basic right to bear arms.

The citizens of areas like Bristol – to whom guns are important – do not want tragedies, as is sometimes implied. Most do not advocate that people with malicious intent or questionable stability should have easy access to guns. They feel these tragedies increase their need to keep a gun for personal protection, increasing the need to educate others on proper gun handling and safety. Their voices should be heard in the debate that will rage for months to come.