Florida isn’t just Disney and the Everglades. Like anywhere else in the world, it also has its own hidden gems, although “hidden” might not be the appropriate word anymore.

A swimming hole called Devil’s Den, recently recognized by an Insider video (now with 21 million views), is known as one of Florida’s most beautiful natural wonders, and it doesn’t even include a beach, a cartoon mouse or a marshland.

With summer in full swing, I decided to see what Devil’s Den was all about. I had always known it as “that really cool underground place where people take Instagram photos.” As a student at the University of Florida, I had heard a lot about the springs surrounding the Gainesville area and I wanted to check it out. With friends celebrating the end of the summer semester half, we took it upon ourselves to put on our bathing suits, grab our scuba gear and hop in the car headed towards Williston.

Coming from Gainesville, it took 30 minutes to get to Devil’s Den. While some may say it has a certain charm, others might note the eeriness that comes with being in a small town with zero cell reception. Regardless of the surrounding area, Devil’s Den has its own allure, with the crystal blue waters and the mystery that lurks beneath it. 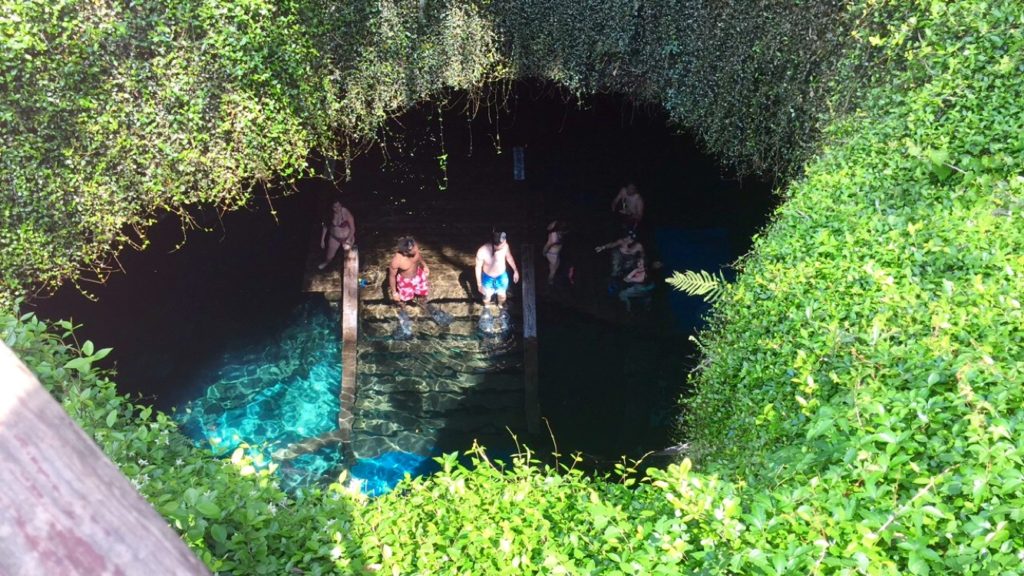 Upon arriving, we walked into a small office building where we paid for admission and our snorkeling gear. Both were about $25, but if you bring your own, you could probably cut down on the cost. 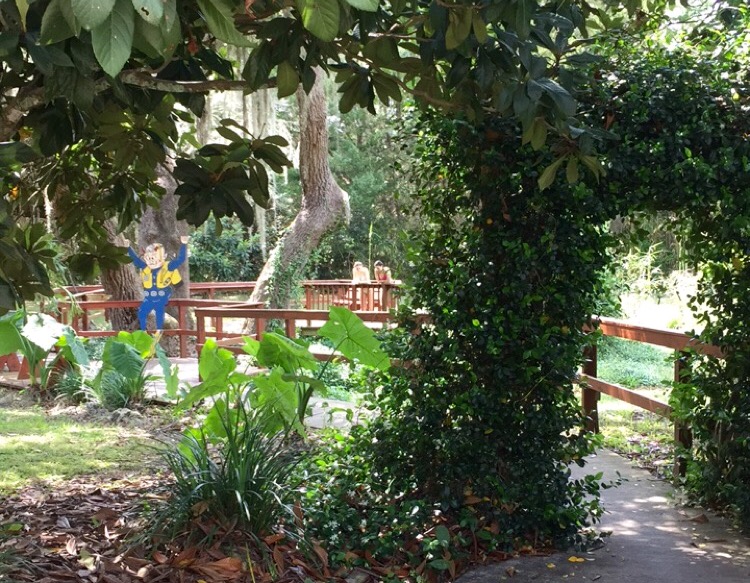 Before diving in, we did have to sign a few waivers – understandable since we were about to go swimming in a sinkhole 60 feet underground. But here’s the thing: I can’t swim. I mean, I can doggy-paddle my way around, sure, but I can’t tread water. Although these waivers did make it a little scarier for me, I decided that my fear of missing out was greater than my fear of drowning. Based on my experience, I’m glad it worked out that way. 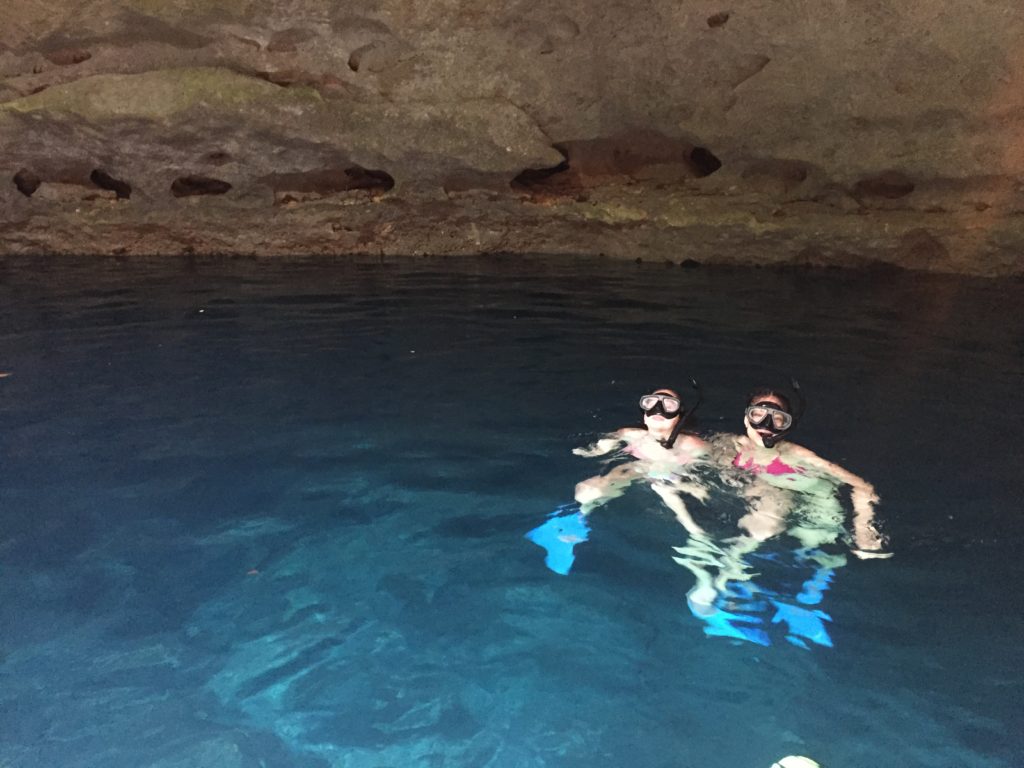 When we visited, there weren’t very many people there. My friends and I ended up meeting someone who had a personal connection to the swimming hole. He said he lived about a mile away in the 1940s, and before it had become privatized, Devil’s Den used to be his own swimming hole.

It was his go-to spot on hot summer days or after football practice. He spoke of all that Devil’s Den had gone through, whether it be changes in ownership or World War II. Although the spot is advertised as “prehistoric,” it never really occurred to us how long it has existed and how many generations before us swam there.

As expected, experiencing Devil’s Den in person was better than seeing it online. There’s something more exciting when you go down the wooden steps yourself, feeling the anticipation before getting in the water. Although experts boast the water is always a cool 72 degrees, “cool” is an understatement once you realize how cold the water actually is. Once in the den, I was able to see all the rock formations and just how blue the water was. I couldn’t swim too far out, but I was able to float on my stomach and see everything below me. 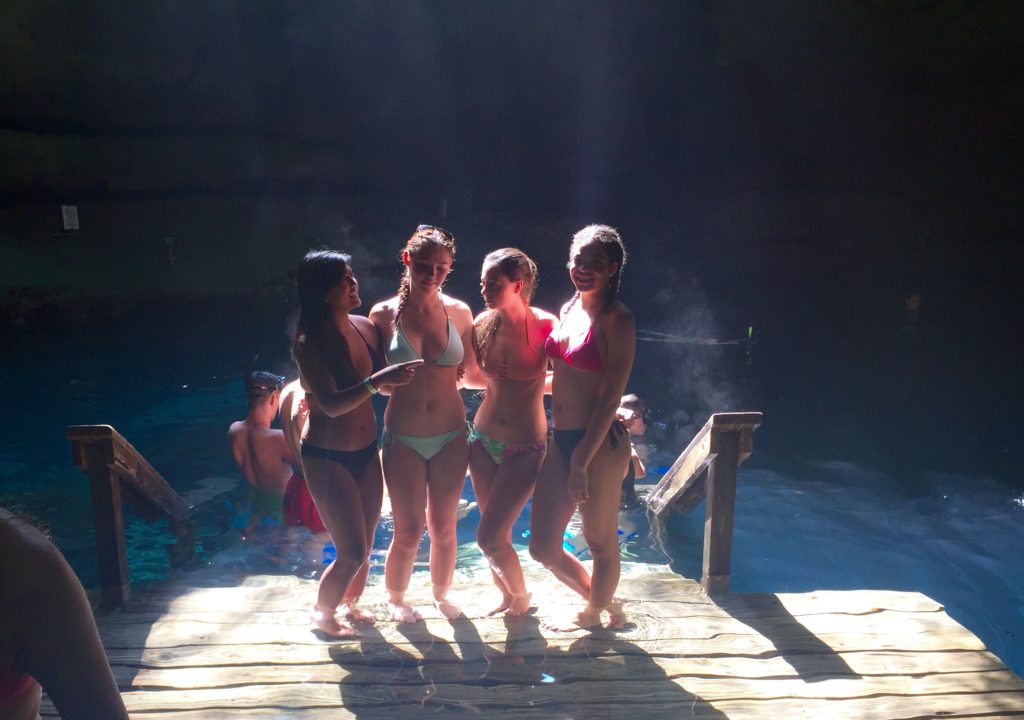 The den’s inconspicuous location makes it feel almost unreal, its natural beauty boasting what nature can do. Although Florida is best known for its more popular tourist attractions, there’s no doubting that Devil’s Den is worth a visit.