Thanks, Jonas Brothers: An ode to Nellie’s Southern Kitchen

I found a place that understands our love of home-cookin’

In the South, some things are just simply indisputable.

First, the humidity will always wreak havoc on your hair. Even on a seventy-degree day in the spring, straight hair has the potential to go curly. Second, when you order tea at a restaurant, you can expect it to be sugary, delicious and served on ice. We don’t understand the reason for ‘unsweet’ tea. 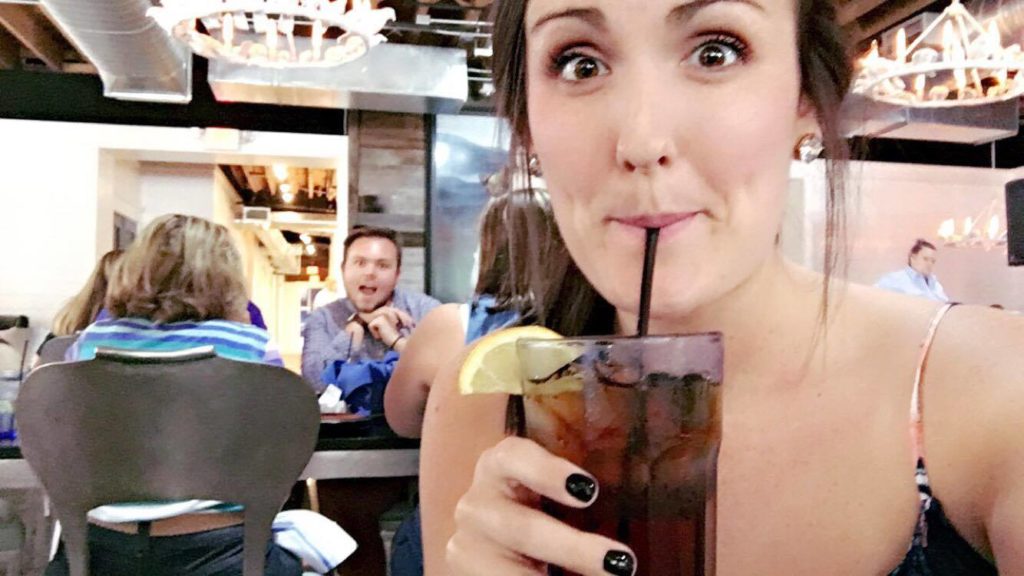 This weekend, I found a place that understands this love.

Nestled in the heart of Belmont, the Jonas-operated restaurant, Nellie’s Southern Kitchen, provides the ultimate North Carolina experience. Every ingredient – whether it be the TOPO Vodka in your Whoa Nellie or the pork in your Hawg Hill – is locally sourced. Breads, buns and biscuits are made fresh in the kitchen every single morning. And the waitstaff? Oozing with Southern hospitality and musical talent. 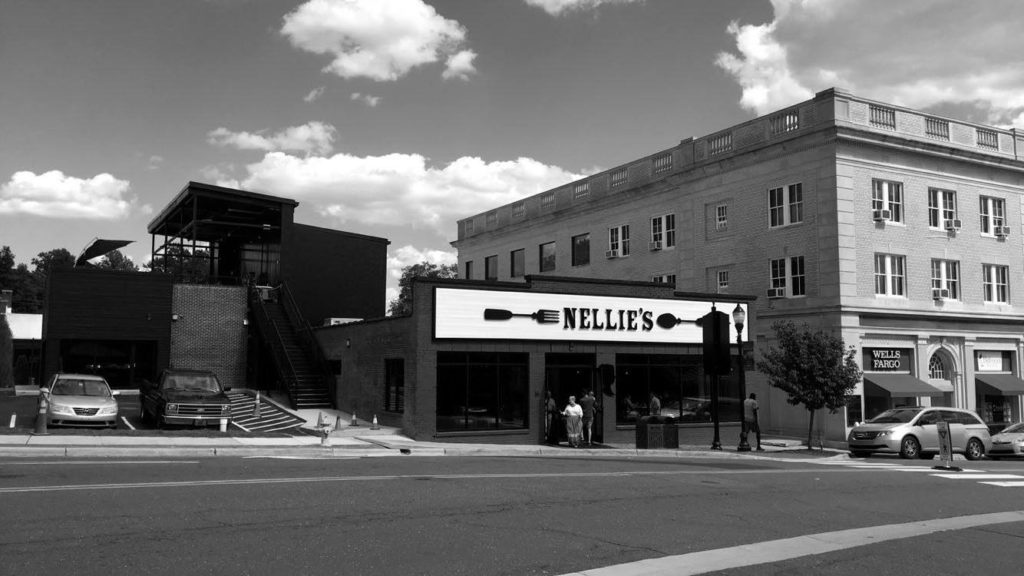 Kevin Jonas, Sr. – father of the Jonas Brothers and former Belmont resident – created the restaurant as a way to honor his late grandmother, Nellie Jonas, and give something special back to the community where he grew up.

Being a resident of Belmont and a dedicated Jonas Brothers fan, I’ve kept tabs on the restaurant’s progress and awaited its opening day like Christmas morning. Officially opening for business on June 13, Nellie’s had a full house. I was unable to make it through the doors until the following Saturday. But, it was well worth the wait.

When I arrived for a late lunch on Saturday afternoon, it exceeded my expectations.

The decor was beautiful

It was Southern, with a modern twist. Light fixtures hung above the bar and were shaped like giant fluffs of cotton still on the vine. The furniture was custom made and unlike anything I have ever seen. A giant portrait of Nellie hung on the back wall – as if she was watching over the place herself. 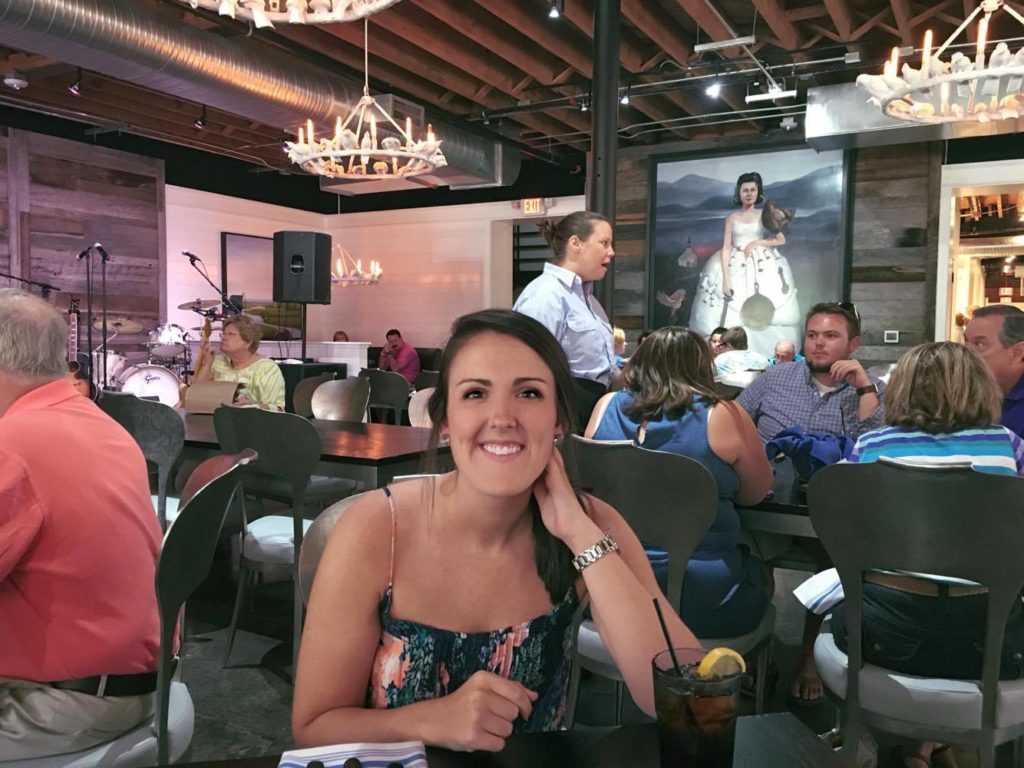 I ate the best barbecue of all time

Just a disclaimer, for those of you not from the South, this is real barbecue. When my plate was placed in front of me, it was a sight to be marveled at. Marinated pulled pork topped with cole slaw, nestled between two sweet buns, with a side of fried potatoes and homemade pickles; it was a true Southern meal. 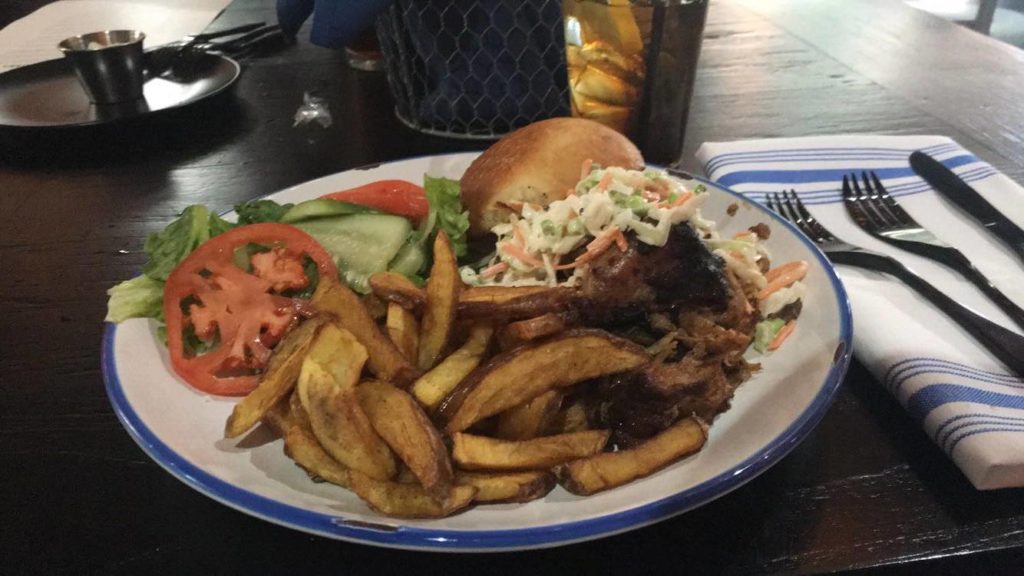 The drinks were refreshing

My mom and I ordered the Front Porch Punch – and according to our waitress, we would probably “feel like hanging out on the front porch for a while after this pitcher”. It tasted like a fruity Long Island and 10/10 would order again. 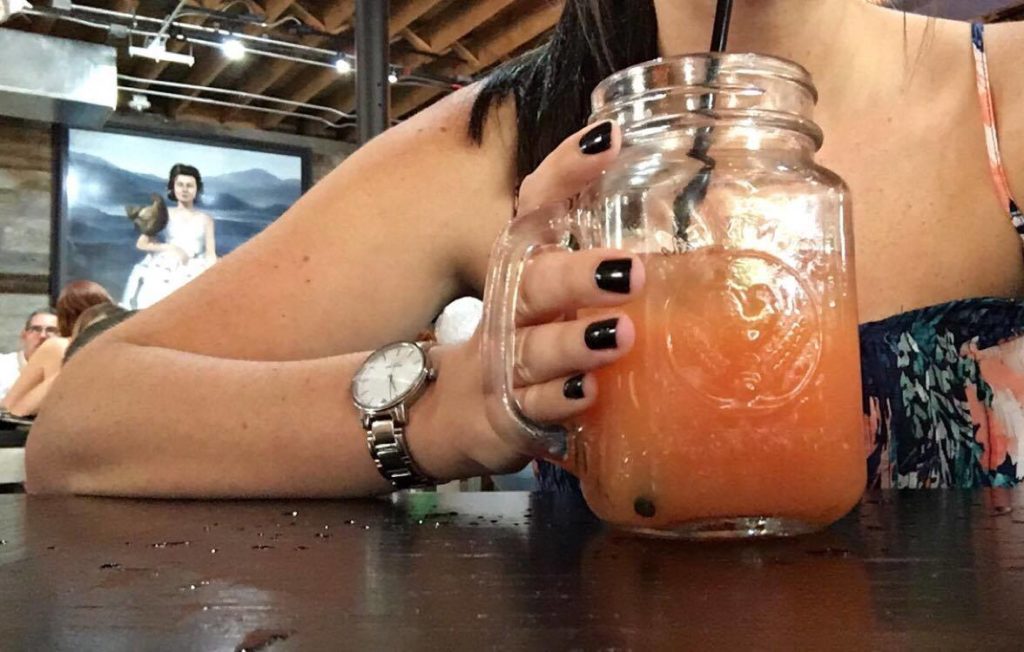 My stomach was already full, and a box of leftovers sat in my lap, when my waitress asked if I wanted dessert. I ordered a Banana Pudding for the road – in the name of journalism, of course. I never thought I would find the sweet dessert that matched the one my grandma used to make – but oh, Nellie’s came close.

If you are from North Carolina and haven’t made the trip – do it. If you are two states away, make the drive. In California? The plane ticket is worth it; trust me.

And, who knows, you may even run into a Jo Bro.