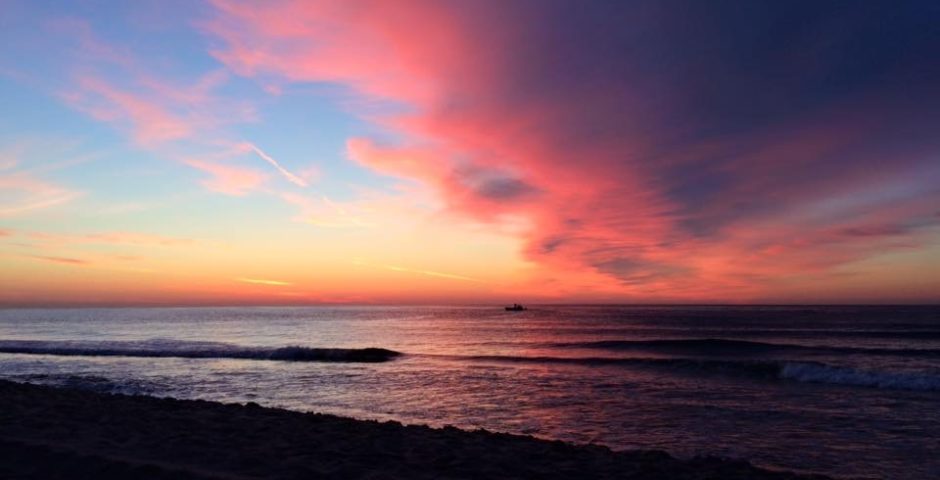 What it’s like growing up on the Jersey Shore

My life is your vacation

5 years ago
Life
US

I’ve spent my whole life living less than four miles from the beach. The Jersey Shore has been my home for over twenty years. Going off to college and experiencing new places have given me perspective on my unique hometown. 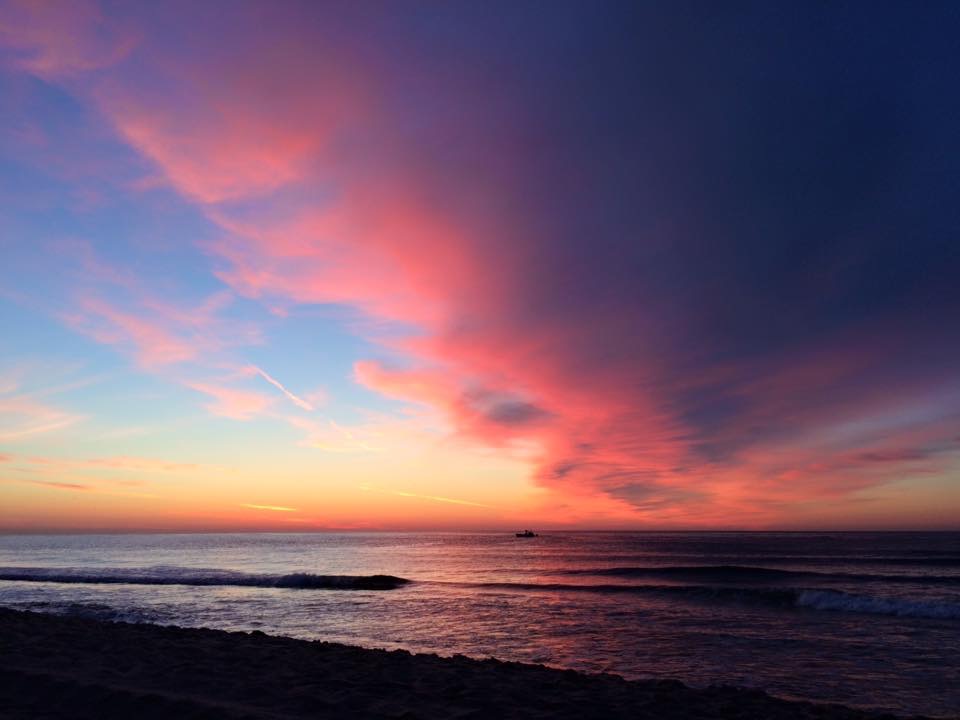 Of course, trying to explain to your college friends what “Central Jersey” means is no simple task. And we New Jerseyans strive to debunk the classic stereotypes engrained in the minds of many due to a certain MTV show or what my family likes to call it “the show that must not be named.”

One of the sayings I heard the most while growing up here is “My life is your vacation.” This saying makes the usual rounds as an Instagram caption during the summer months and at first, seems a bit extreme. However, when I reflect on my childhood experiences, I feel a special kind of  pride in my hometown and upbringing. To me, my home on the Jersey Shore is more than the home of Springsteen or “the armpit of America.” It’s something that needs to be experienced firsthand.

New Jersey offers food experiences like no other. Growing up, I was lucky to never have to worry about getting a decent slice of pizza. Even the worst pizza joint could serve up a pretty edible slice. When I went to college, the lack of good pizza was one of the first things I noticed. Also, the bagels in New York and New Jersey are incomparable and the stuff of legend. The beach towns on the Jersey Shore aren’t swamped with just commercial fast food places; they are full of local restaurants and ice cream parlors that each have their own distinctive histories. 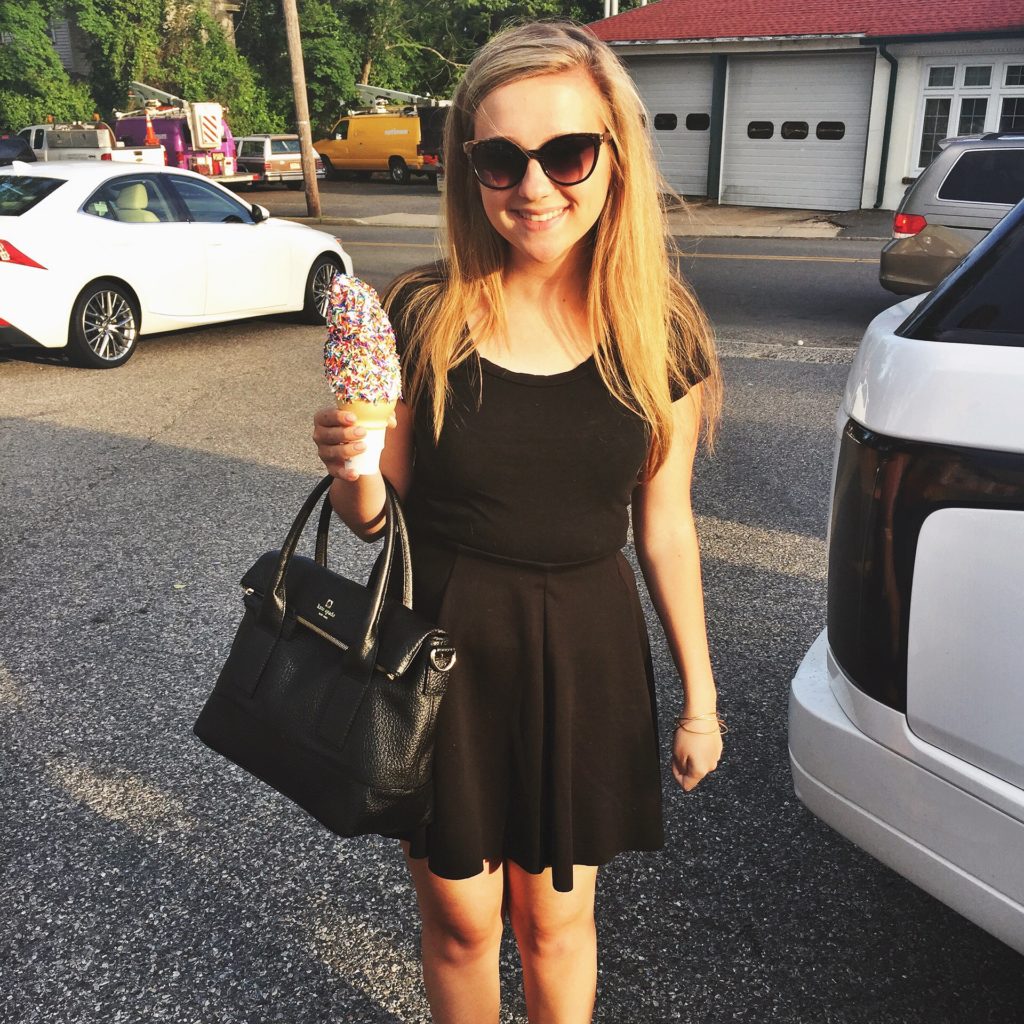 New Jersey is often considered the ‘diner capital of the world.’ My experience growing up has given me the power of judging a decent diner. Going out to diners is a way of life. You become friends with the families that own the places and you try everything out on the menu to figure out your signature dish. 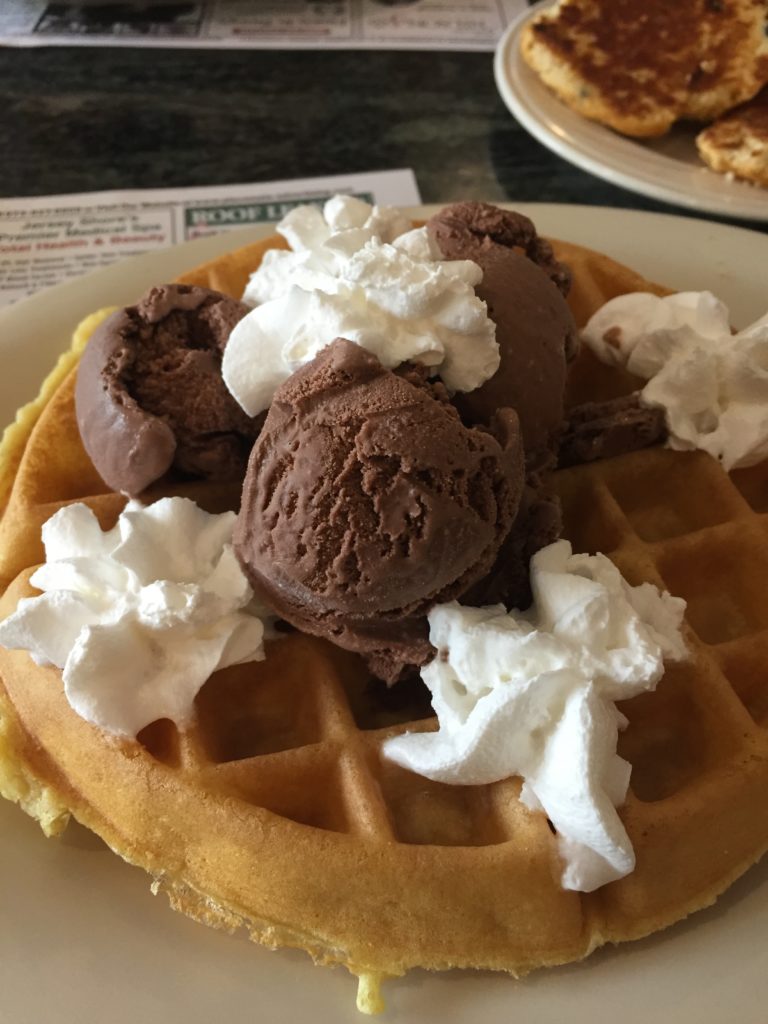 New Jersey beach cuisine is also a unique thing to define. The New Jersey beaches are lined with pizza shops and places to grab an iced coffee or acai bowl. Dunkin Donuts and Starbucks are both frequented by avid iced coffee beachgoers along with local coffee shops. Your taste for tacos is judged by the choice you make between Chipotle, Surf Taco, Bubbakoos or Fins. 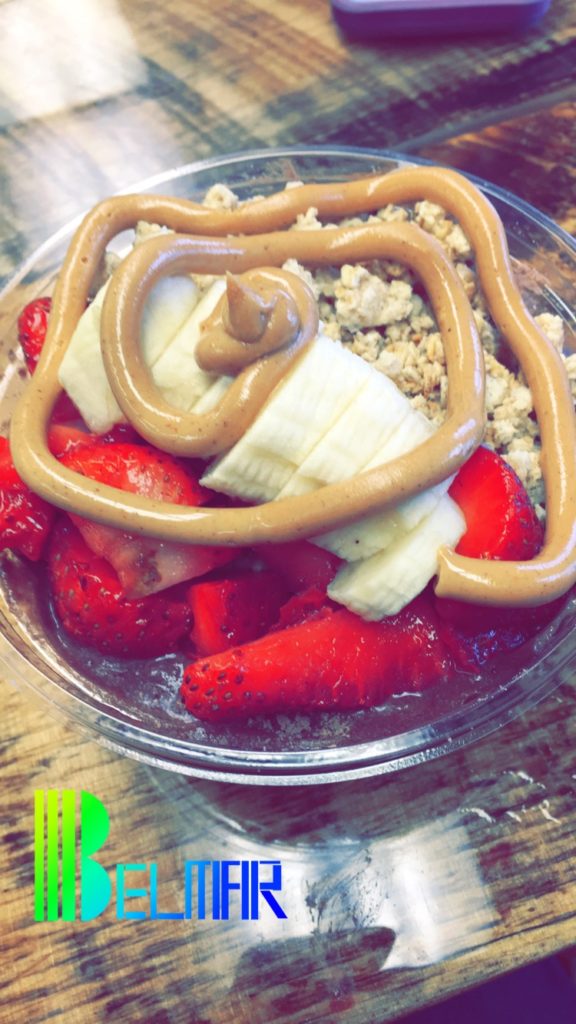 Going to a southern school, I automatically assumed my New Jersey heritage would be a turn off to possible friends. But why? When I thought about it more, I realized that mostly everyone I knew from home was an amazing person with passion and loyalty for the family, friends and home. At home, most families are familiar with each other. We feel everyone’s losses as our own. Superstorm Sandy is a specific example for our town. I can speak for a lot of people when I say the image of the the Seaside roller coaster submerged in the Atlantic Ocean is permanently seared into our minds. Local beach communities supported each other and are still reeling from the almost two week long whirlwind. People lost their homes and businesses; their losses are still felt by the whole community. 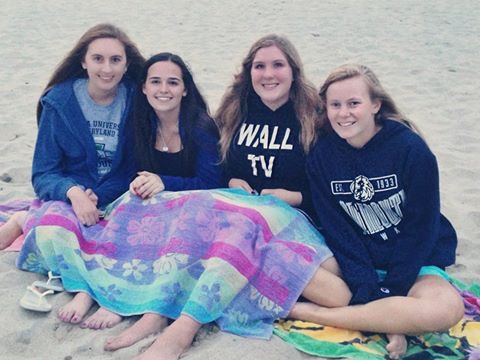 Even if half of your friends or family are Jets fans, Giants and Jets fans alike can bond in the fact that walking into MetLife for a game or summer concert is a feeling unlike any other. We can also agree that The Patriots are the worst. 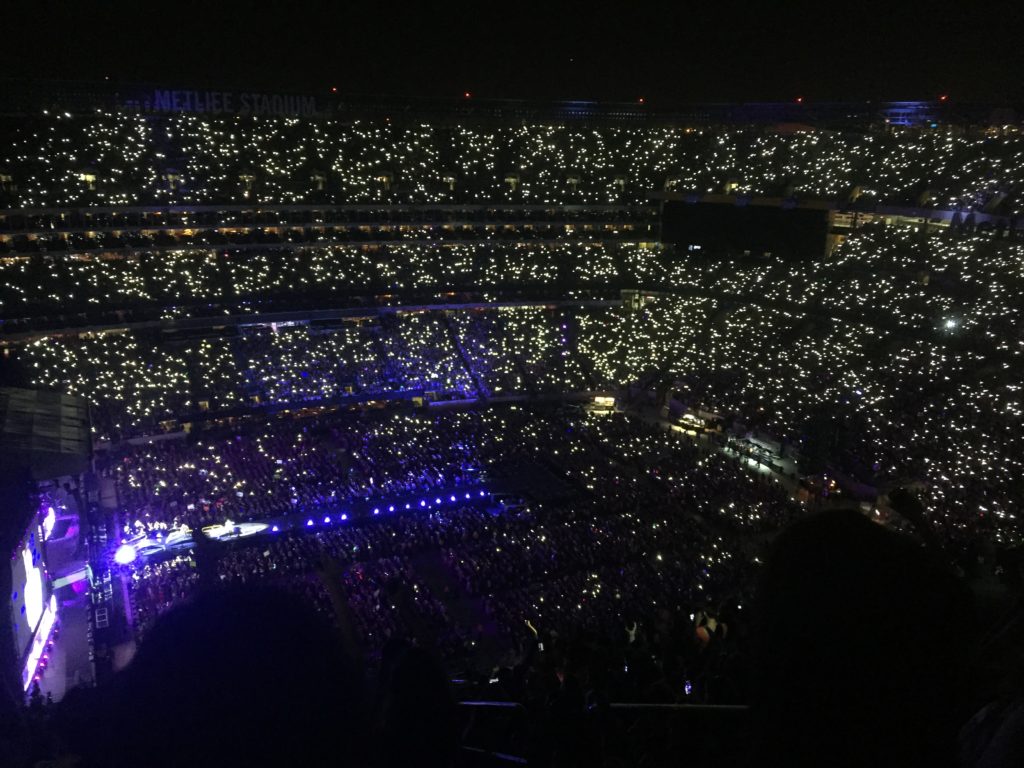 When the beach is basically your backyard, your appreciation for being near the sea never goes away. Summer is a time of good times and tan lines. Your car is always full of sand – and so is your hair. Salt water basically runs through your veins and getting up for an amazing beachside sunrise or sunset is just another day. The summer can be a trying time with tourists clogging up the highways and trashing local beach houses, but at the end of the day, they’re helping the economy and we appreciate it. 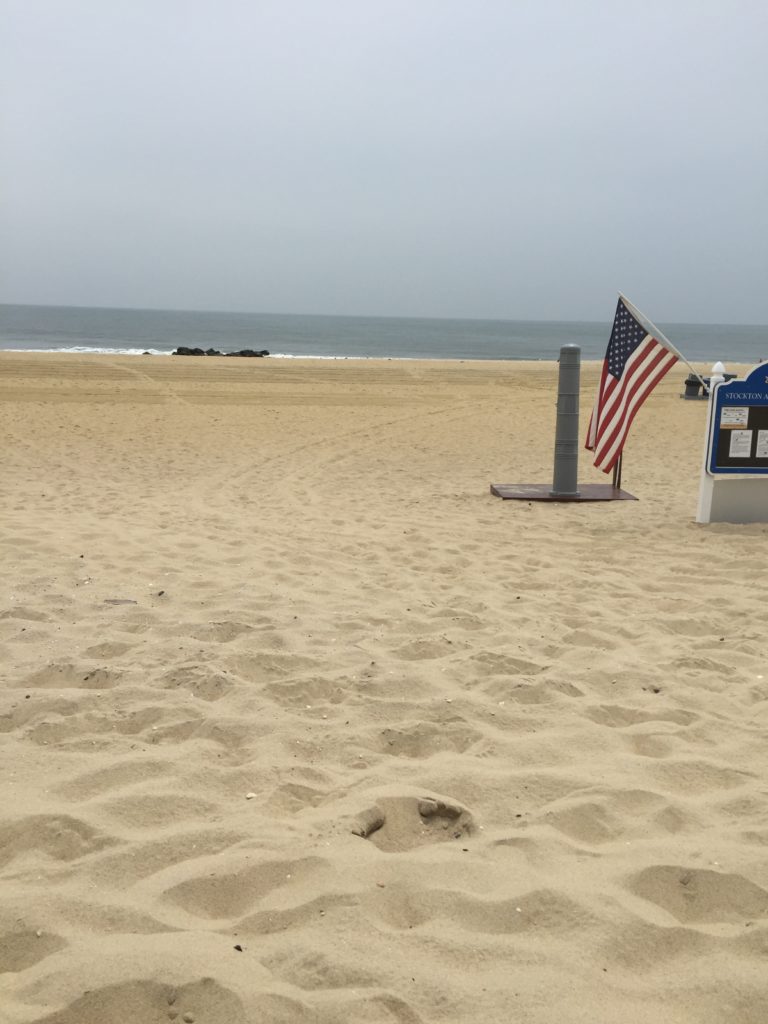 No, we’re not all loud, outspoken jerks. I’m usually the most quiet person in whatever room I’m in. Again, a certain MTV show made it seem like we’re all orange oompa-loompas that party all night and sleep all day. While people do party, mostly every kid at the Jersey Shore has a summer job working on the boardwalk or in some local restaurant. And while we do value our tans – the orange glow look isn’t really our style. If you really ever want to judge New Jersey off of what you’ve seen on television, you should know that only one member of the original cast of Jersey Shore  was actually from the Garden State. Of course, some people are just like the cast of that show. And just like the cast – they’re usually tourists. It’s not representative of the majority of New Jerseyans.

So, whatever you may think you know about New Jersey or the Jersey Shore, you never really know until you see it for yourself. My life growing up on the Jersey Shore wasn’t without challenges and quirks. However, the people there have such resilience and passion for their home state. After over 20 years, it can’t help but rub on you.