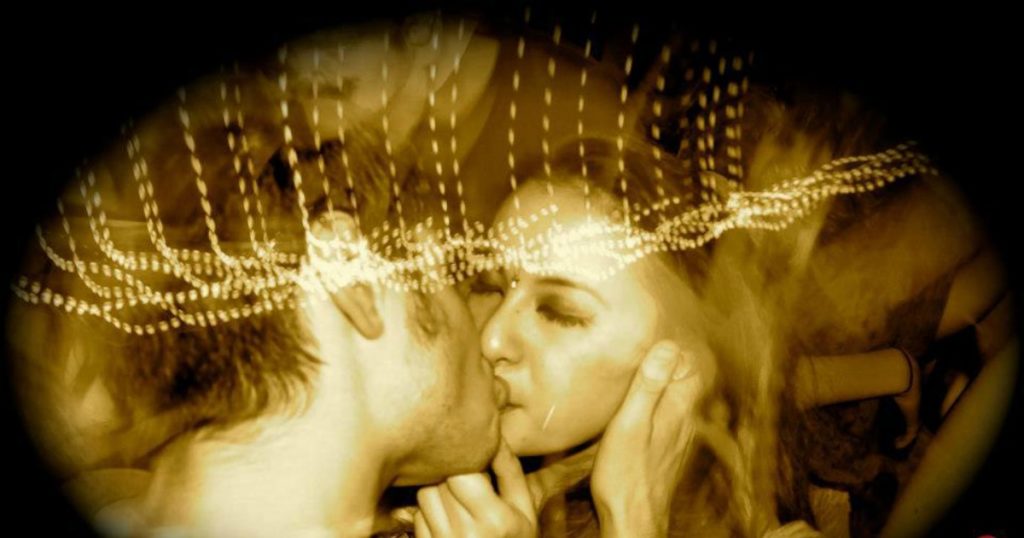 ‘They showed us videos of live abortions before prom’

Currently based in the Philippines, I am exploring the culture and lifestyle of young Filipina women. The first topic I wanted to explore was reproductive health and taboos around sex across the nation. The Philippines is a predominately Catholic country, meaning that church leaders hold strong political and social influence over citizens. Compared to more Westernized views around a liberated sex-life, Filipino views on  sexuality are notably conservative and not an open topic for discussion. According to the church, sex is considered to be strictly reserved for married men and women and anything beyond this, other than the exception of polygamous relationships in parts of the country, is viewed as immoral and inappropriate.

The Philippines is both praised and criticized for its collectivist, family-oriented culture that  can at times promote a ‘bandwagon’ mentality around how a Filipino/a should conduct themselves. As a part of this ‘collective’ community, Filipinos are expected to uphold the values of their communities above their personal beliefs on a particular issue. This extends from clothing and prayer to what you can and can not do in the bedroom. 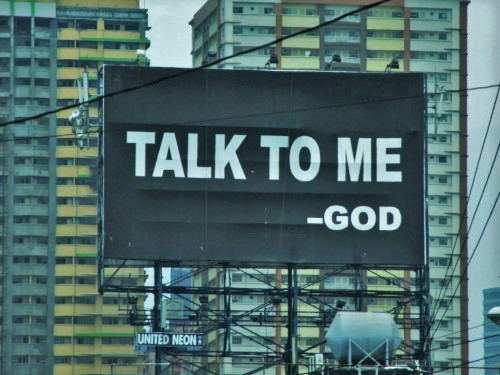 But here’s where it gets confusing.

In a country that boasts such traditional ideals, the Philippines ironically has one of the highest rates of teenage pregnancies within  the Association of South East Asian Nations (ASEAN) according to the UN Population Fund.

According to the Philippines’ 2013 Young Adult Fertility and Sexuality Study,  1 in 3 Filipino youth aged 15-24 has engaged in pre-marital sex. Among these 1 in 3 youth, 73.4% of males and 83.8% if females did not use any form of protection from unwanted pregnancy or sexually transmitted diseases during their first sexual action. Although the government is trying to push forward greater moves toward contraception through the latest Reproductive Health Bill, it will take a significantly greater push to overhaul the country’s embedded cultural values.

This paradox astounded me and  immediately asked my cousin Natasha, 21, a young Filipina woman from Cagayan De Oro in the southern island of Mindanao in the Philippines to offer her personal insights regarding this epidemic. 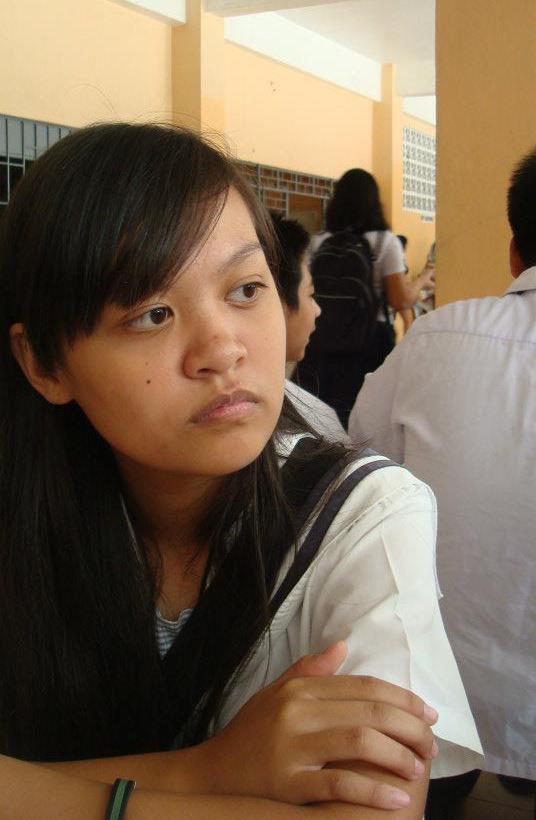 Natasha explained that sexual education was not mandatory in her primary education. When it came to sex-ed Natasha said, “I mean, they taught us the reproductive organs and such when we were kids, and the sort of changes our bodies were about to go through, but nobody ever talked about sex, specifically. Even at home, sex was pretty much a taboo subject.

“I wasn’t allowed to watch television shows that depicted sexual scenes, and for a period of time, I believed babies were made in factories.”

While this innocent form of ‘abstinence-only’ teachings may be appropriate for children, Natasha believed her lack of access to  a robust sex-ed program was challenging for her as an adolescent.  As a high school student, Natasha and her classmates  were taught what it meant to be a ‘proper’ man  and woman in the eyes of God, and this involved avoiding sex altogether until it was a holy union.

“During our junior prom, they divided the boys and the girls, and led us girls to a different area to talk about manners and etiquette and the ways of being a lady. This happened around 6 years ago, so I don’t quite remember the specifics, but they showed us a videos of live abortions before prom.

“After the video finished playing, they gave a talk about how ineffective condoms were because there were tiny holes in the rubber that would still allow sperm to swim through,  and that the best kind of contraceptive was abstinence, especially since it was written in the bible that men and women were only supposed to lay with one person in their entire lives. ” 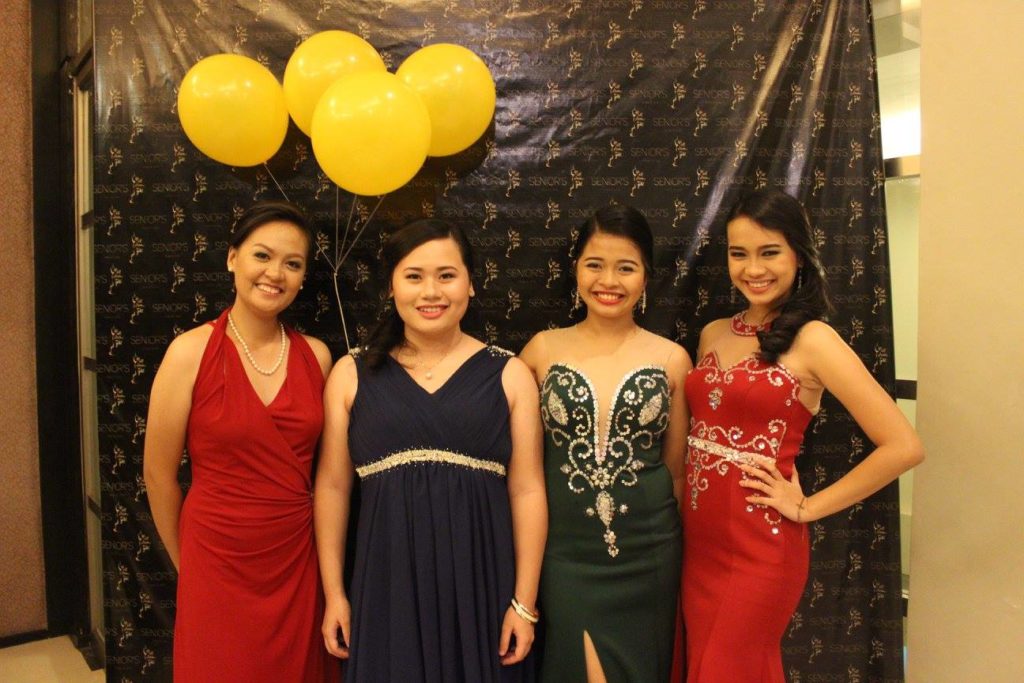 Natasha thought she could escape the traumatizing images and moral hierarchies when she left for university, but they instead continued to haunt her.  Even though methods of contraception and biological descriptions of intercourse were finally introduced in her classes, abstinence still held precedence. This works to instill fear and guilt in young men and women into believing that not following abstinence is, “disrespecting your body as God’s creation.”

Despite these scare tactics, Natasha is convinced that this simply encourages more men and women to have clandestine hook-ups and to not ask the right questions before having sex. She said: “It’s pretty common knowledge that if you tell someone not to do something, curiosity eventually wins over and they end up doing it anyway.  I mean, if we’re going to end up doing it anyway, wouldn’t it be better to equip us with the knowledge to be responsible about it, instead of shoving everything under the rug of abstinence and scaring us?”

Instead of receiving education about sex through family members or school, young Filipinos rely on pornography, social media or just what their friends tell them on the streets.

She said: “I had a friend come to me once in a panic because he was afraid that he had gotten his girlfriend pregnant by rubbing his penis against her underwear-clad vagina. Another friend thought it would be a good idea to give his girlfriend Nordette every time he thought he got her pregnant… people think that the pull-out method works fine, because they’re too scared or ashamed to go to a drugstore and pick up some condoms. ” 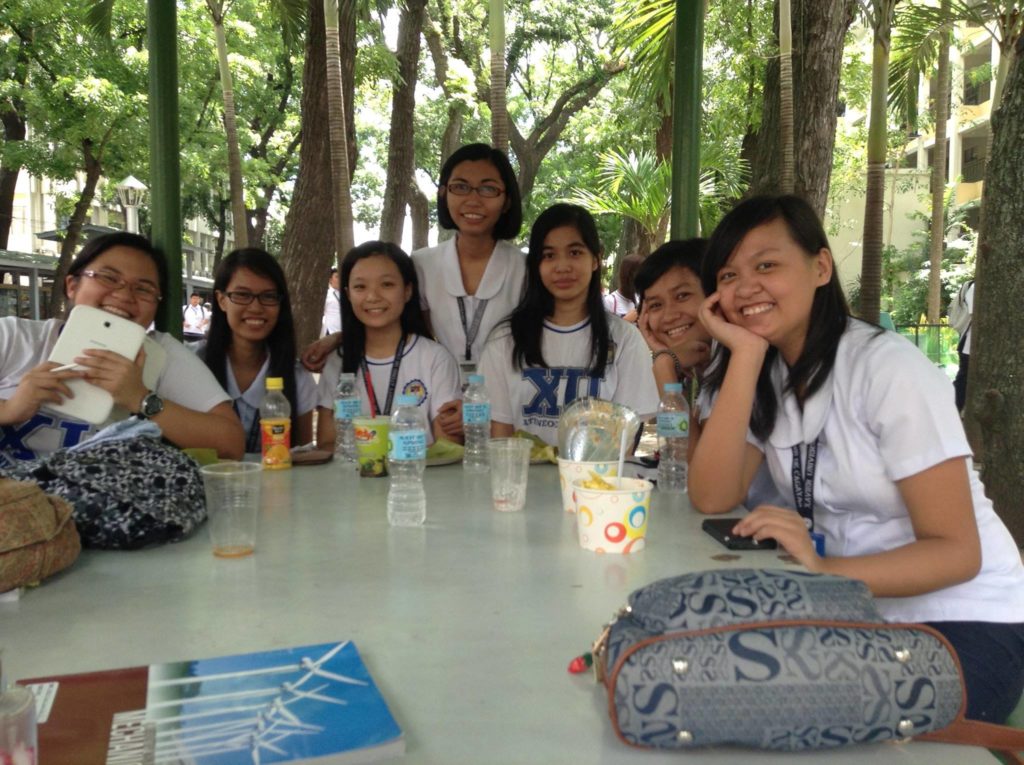 She believes that the stigma around sex and continuation of the Catholic Church’s dominance over these matters continues to leave young people in dangerous, confusing, and stressful situations.  The increase in unwanted pregnancies and STDs that continue to rise in both urban and rural areas of the Philippines, in Natasha’s opinion, is primarily due to a lack of education and the perpetuation of a negative, unrealistic standard of ‘abstinence-only’ culture.

Natasha said: “Sex isn’t bad. You know what’s bad? Women performing back alley abortions on themselves because she doesn’t want her family to know she got pregnant outside of marriage. Women who are terrified of being disowned by their families just because they got pregnant. Women who are shamed into keeping their babies because it’s the right thing to do, and not receiving any help in raising the child.” 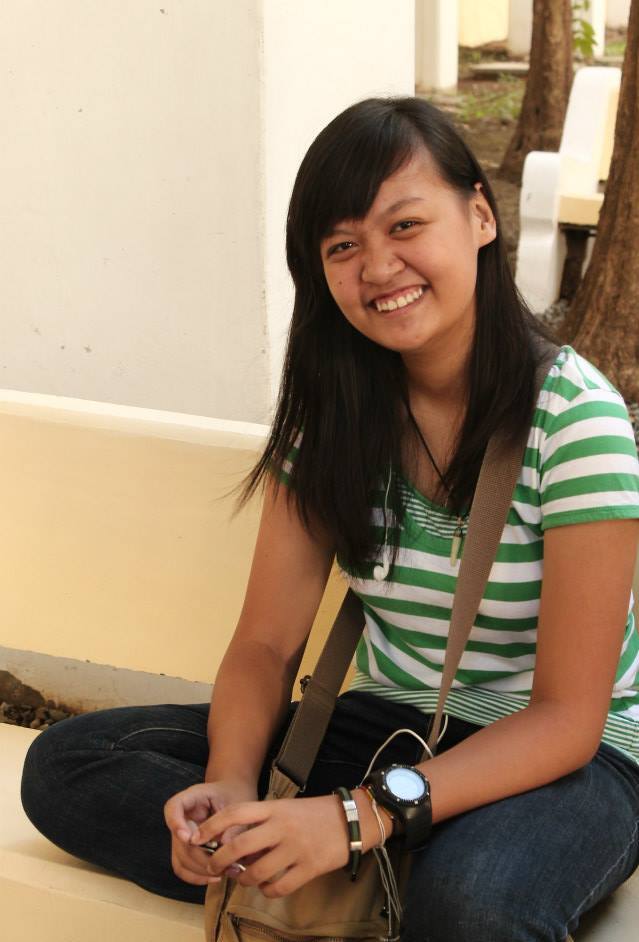 Some other quotes I received from young Filipinos living in both Manila, the capital of the Philippines and those from Natasha’s community in Cagayan De Oro regarding their views on why pre-marital sex is so high in the Philippines:

“Sexual education here is just horrible. I mean sure most private schools give some sexual education but it doesn’t have a big impact on most students… All they know is what they find on social media or tv, which more often than not is over-glorified.”

“The lack of sexual education and contraception in the Philippines continues to force women, particularly those living in rural areas who do not have access to health education, into an alarming cycle of poverty.”

“When I was a kid I thought that the only difference between making out and having sex was that sex was done on a bed.”

“I have never actually met anyone my age that was against [The Reproductive Health Bill] usually just the older generations because the church advertises against it.”

After hearing all of these stories from young people in the Phillipines, I spoke with Ray-an B. Talatala, MAN, MN, RN, an Internationally-recognized Nurse Leader, Educator and Operating Room Nurse in Cagayan De Oro for his insights on teenage pregnancy.

Due to the current overpopulation crisis in the Philippines, Ray-an said: “There should be more research done regarding the causes of the rise in pre-marital sex in the Philippines whether that be due to technology or social media, family, culture, access to education and so forth.”

He also believes that the church should become more open to sex-ed so, “both young men and young women will know about proper contraception to prevent unwanted pregnancies.”

He sees a variety of clientele, mostly single mothers who were abandoned by their partners and do not have an adequate source of income to care for their children. Along with abandonment, he cautioned, “when it comes to unwanted teenage pregnancies, there are really huge risk factors involved. One of the complications is pregnancy induced hypertension. Many of my patients suffered from an onset of high blood pressure and some even died. So we really need to address this issue or else we will continue to see a rise in maternal mortality rates.” 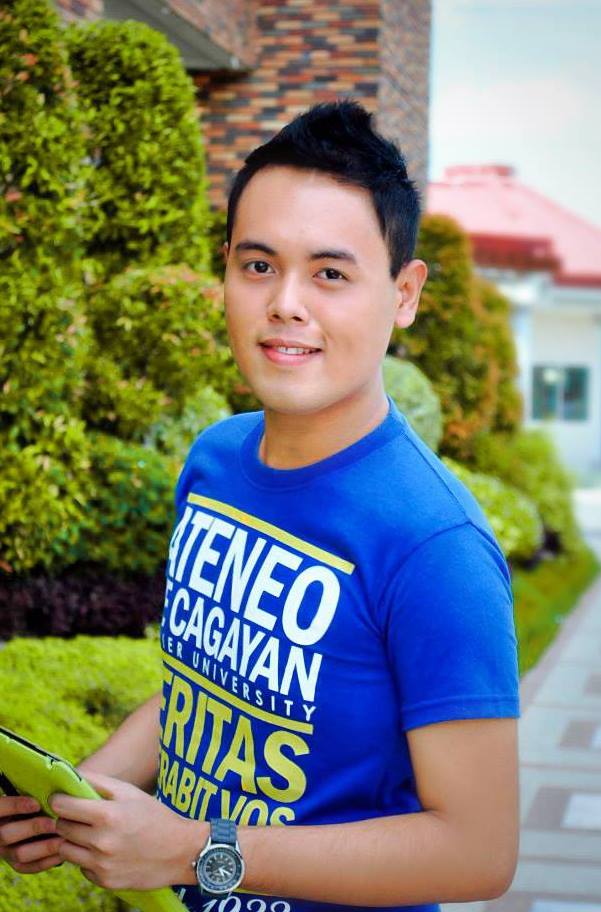 As a nurse, Ray-An believes it is his responsibility as a health care practitioner to promote sexual education as a form of preventative care to all his clients. But he believes: “Every person in [Filipino] society has a role, from parents to schools to the church in this conversation regarding sexual health and young people.”

Ray-an derives a lot of hope from the Reproductive Health Law (RA 10354) to really create an impact and make a paradigm shift related to sex education in the Philippines. He argued: “It all boils down to education and negative attitudes regarding contraceptives. I think the Philippines should be ready. I hope the measures that are implemented by the government are effective and that they are continuously monitored [in preventing teenage pregnancy].”

When asked if teaching about the use of ‘artificial’ contraceptives aside from natural means of contraception will challenge or threaten Filipino tradition, Ray-an said: “I don’t think we have to change our tradition but we have to be at par with the latest trends in birth control, without compromising our values, norms and religious beliefs.

“We already embrace modernization so I do not see what stops us from embracing the up-to-date trends in reproductive health is concerned especially access to sex education. It’s one of my commitments and advocacy as a nurse to ensure the safety of our young people so that they will be more aware of the risks associated with teenage pregnancy and pre-marital sex.”