Trump vs Trump: how he’s flip-flopped over the years

He’s pandering to the public more than you think

Donald Trump is perhaps the most outlandish candidate America has seen. While most people consider him outspoken about his beliefs and praise his brash attitude, he actually may be catering to the public more than you think. Though he is quite consistent on some issues (like his continued misogynistic comments), on other issues it’s quite clear that he has changed dramatically, often becoming more conservative. Like Hillary, he seems to be changing his views to fit the mold of what the voters want.

When speaking about Miss USA, Donald Trump had this to say to a female reporter; “Well, obviously it’s great outer beauty. I mean, we could say politically correct that look doesn’t matter, but the look obviously matters. Like you wouldn’t have your job if you weren’t beautiful.”

On The View in 2006, Donald also made some now-infamous comments about his daughter Ivanka, “I’ve said that if Ivanka weren’t my daughter, perhaps I’d be dating her.” This particular comment caused disgust in the women interviewing him (one even calling him Woody Allen) and continues to disgust us today.

And who can forget that ex-wife Ivana Trump, once used the term “rape” to describe an experience between them in 1989, saying that she felt “violated.”

Present:  In 2011, he called a lawyer ‘disgusting‘ when she took a previously scheduled break to pump breast milk for her baby.

In 2012, attorney Gloria Allred was representing a transgender client who had been disqualified from the Miss Universe pageant in a lawsuit against Trump. Trump called TMZ and told them that “I think Gloria would be very very impressed with [my penis]”

Not to mention his ongoing feud with Rosie O’Donnell, which apparently goes much deeper than calling her a fat pig, Trump even tweeting this when she announced her engagement. 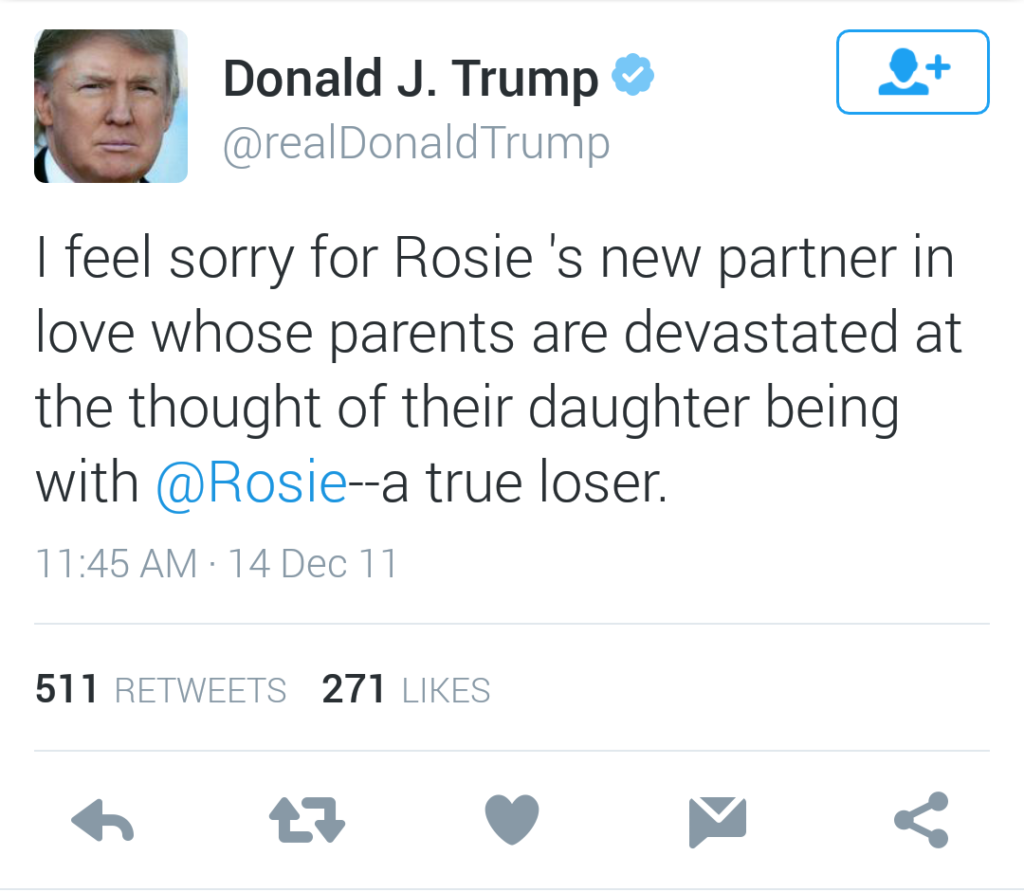 Past: In April 1989, Trump co-hosted a pro-choice fundraiser at the Plaza hotel. He did not attend, but stated that this was only because he had received death threats. In 1999, he stated in an interview with Tim Russert that he was “very pro choice.”

Past: In a 2004 interview with Wolf Blitzer, Donald Trump stated that “the economy does better under the Democrats than the Republicans” and told Blitzer that he “probably [identifies] more as a Democrat.”

In a 2007 interview with Blitzer, he even praised Hillary Clinton’s ability to negotiate.

Present: Donald Trump is running as a Republican and often mocks both Democrats and other Republicans, including Hillary, who he previously praised. 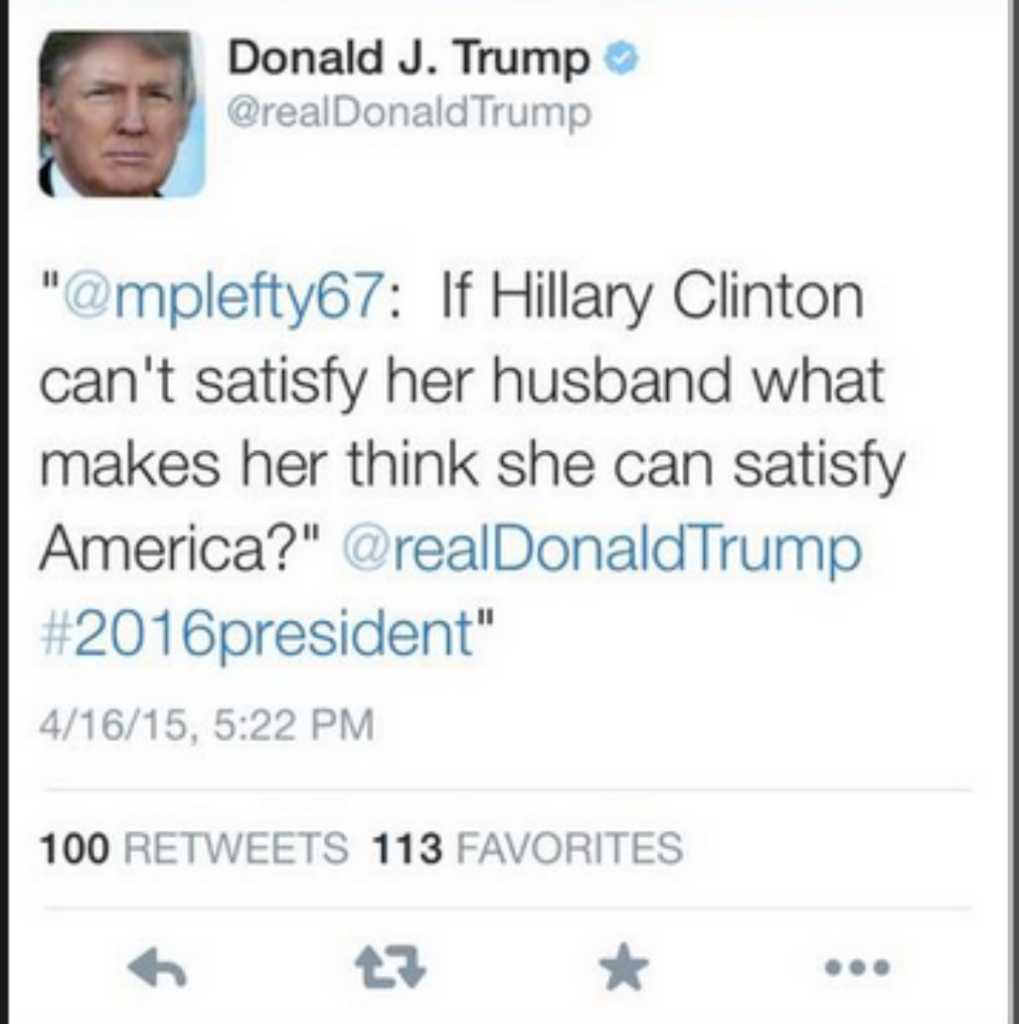 Past: In 1990, Trump actually had to go to court when it was discovered that he employed illegal aliens seven years before.

Present: We all know about the wall. Trump also wants to overturn a law that would grant citizenship to anyone born in the U.S. so he could deport entire families, then let “the good ones” return legally. No information yet about what criteria for being one of “the good ones” actually is. Trump has also made very controversial statements about illegal immigrants from Mexico being rapists, which, in light of his ex-wife’s accusations, is laughable at best.