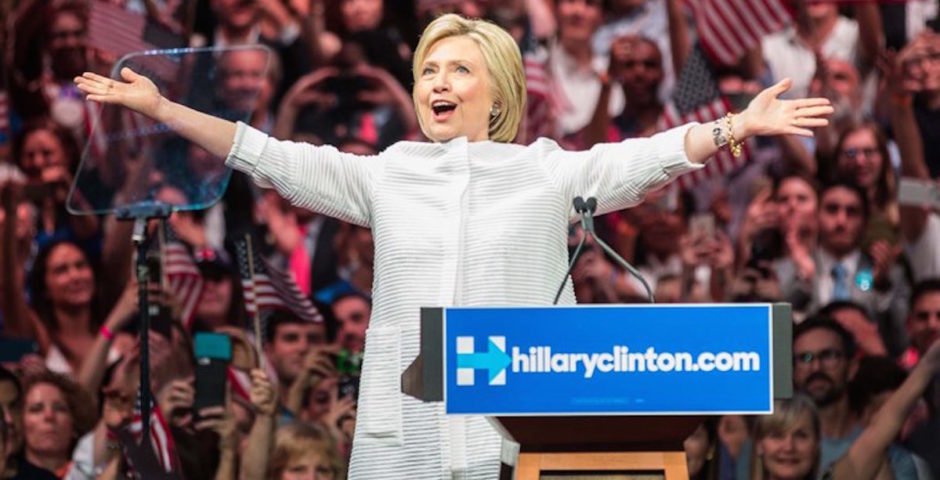 Hillary has always been the smartest woman in the room

When I came to college in the fall of 2015, the first thing I did was search for my campus’ Bernie Sanders group.

My interest in the Bernie campaign stemmed from excitement and hope that there was a candidate out there whose primary objective was to empower disenfranchised Americans, and shed light on the corrupt political society we live in.

I found the University of Florida’s Gators Want Bernie, and the group was small but extremely powerful. It comprised of peers I admired for their diligence in propelling the Bernie campaign forward through phone banking, tabling, and making him a well-known and feasible candidate in the 2016 primaries.

In March, when Bernie toured Florida, our college’s town of Gainesville was not on the trail. However, the established effort created by Alachua County and the university was welcome to anything Bernie-related, and his campaign decided to visit our campus. A peer of mine, the cofounder of Gators Want Bernie, welcomed me to the team, and before I knew it I was in a room with officials from the Bernie Sanders campaign.

The Tab broke the story of Bernie’s last minute visit to our campus and it was shared thousands of times.

The rally was set up in the middle of the night, on a field nearby. It was dewey and Tracy Chapman’s Revolution played. 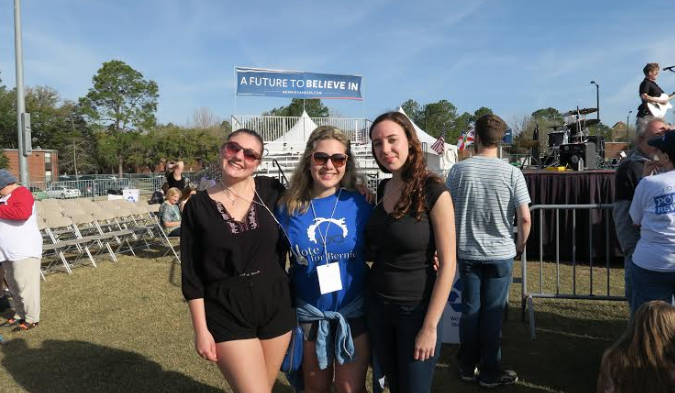 Me and my lib roommates

People held up signs reading, “the revolution will not be televised”, and it was true. A lot of what Senator Sanders had to say was not covered by the mainstream media. For example, his and Secretary Clinton’s differing approaches on the conflict in Syria.

Additionally, he made compelling statements about the troubling fact that marijuana is scheduled as a Schedule One drug alongside something as dangerous as heroin – and that went over well with us college folk. 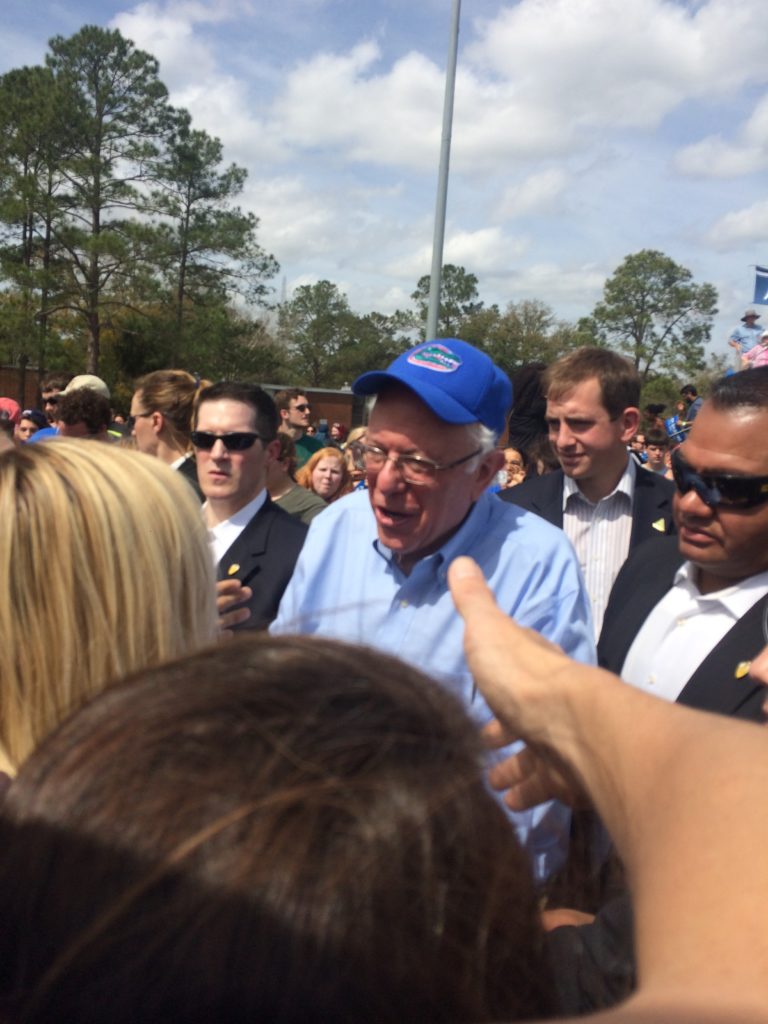 I shook his hand!

Unfortunately, reality set in. Time has passed, and Bernie has not clinched the Democratic nomination. Despite the Bernie sticker plastered on my college dorm room wall, I felt that I needed to get behind Secretary Clinton.

His grassroots campaign was impressive, revolutionary, but the state of the union is not welcoming to a revolution – not when citizens can’t even handle tighter gun laws or accept climate change.

Listen, I campaigned for Bernie Sanders in Florida and assisted peers who spearheaded the Gators Want Bernie and Progressive Gators organizations. There was a time when I believed he had it – that no person was better suited to serve the American people.

People show up to his rallies like each of his speeches is a song on a Greatest Hits album, but there’s no room for that now – not when Trump is gathering masses of people, spewing vitriol about every minority group.

That is why Senator Sanders needs to endorse Hillary Clinton, and I’m sure he will, soon:

Supporting Senator Sanders and supporting Secretary Clinton do not have to be mutually exclusive. She is already the presumptive nominee. If it doesn’t happen now, it will have less impact. We might lose supporters of his who should be lining up to support Secretary Clinton.

Clinton is polling at 44 percent, Donald Trump at 38 percent. Let’s get Bernie Sanders supporters to up Clinton’s percentage and make it sting for the Republicans.

So get it together, people. You don’t want to reign of Trump – that would not be a democracy. He’d be picking his own administration: it would be a disaster. 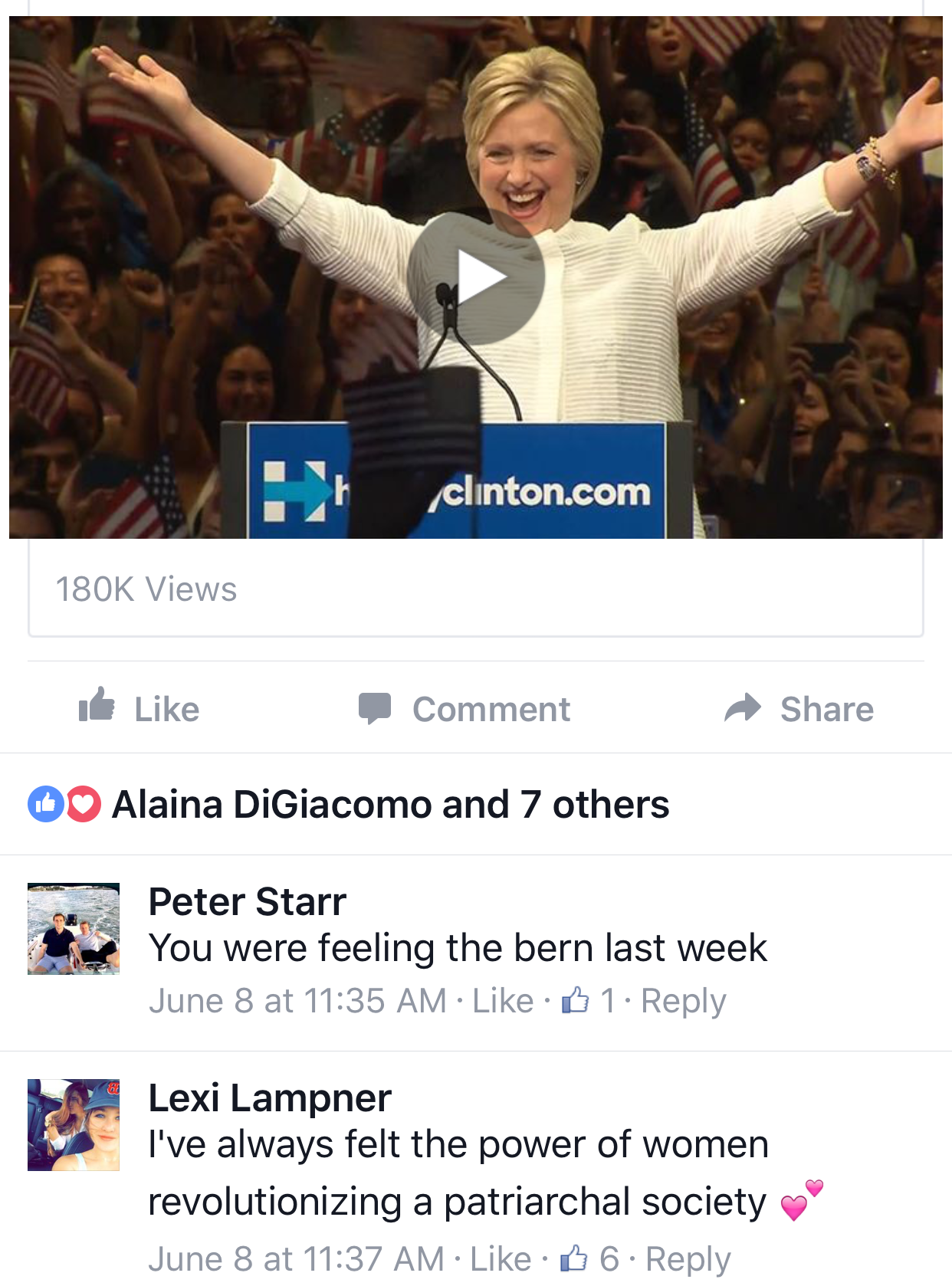 So here’s where I’m at now…

Here’s why you need to back her whether you like it or not:

All those articles you shared last week about the Orlando shooting, they don’t mean anything without a vote for Hillary Clinton (because that’s all you have right now, Trump v. Clinton).

“It’s time for change? When will it stop?” Those phrases will not be answered by Make America Great Again.

She served as Secretary of State. To quote your fave, Senator Sanders, “enough about the emails!” So throw that argument away.

Clinton has a comprehensive framework to fight ISIS and stabilize the Middle East. She understands the depths of their conflicts beyond ‘radical Islamic terrorism’. This issue isn’t a vacuum. She gets that, Trump doesn’t. Read some of what she has to say – it’s longer than “we need to be tough!” but you can handle it:

“At the heart of today’s new landscape of terror is ISIS. They persecute religious and ethnic minorities; kidnap and behead civilians; murder children. They systematically enslave, torture and rape women and girls.

“ISIS operates across three mutually reinforcing dimensions: a physical enclave in Iraq and Syria; an international terrorist network that includes affiliates across the region and beyond; and an ideological movement of radical jihadism. We have to target and defeat all three, and time is of the essence.”

If you’re on Post Aesthetics, you will have seen this: