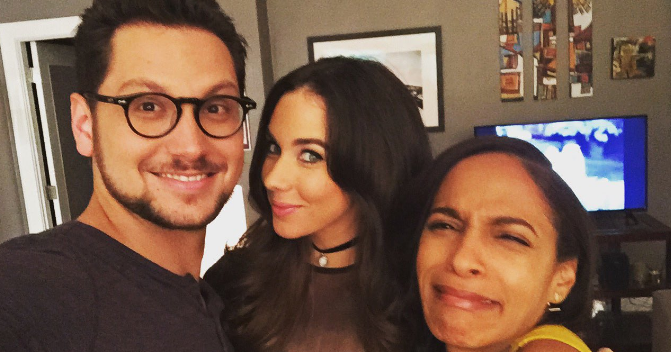 Matt McGorry is not the male feminist we need

We need more than just some lip service

The fourth season of ‘Orange Is The New Black’ was released on Netflix on Friday, June 17th. In previous seasons, one of the few male characters on the show was Matt McGorry, who played the “nice guy” prison guard, John Bennett. Well, it turns out McGorry didn’t have to do much acting for the role.

In the last year or so, McGorry has been boasting about his feminist beliefs on social media, even including the term “intersectional feminist” in his Twitter bio. 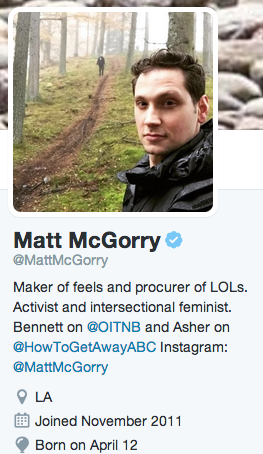 McGorry also claims to be an activist, but as far as I can tell, all he’s done is talk the talk. In this piece from Bustle, most of the things he’s done to “fight for gender equality” were just give lip-service to feminism on social media and in interviews. He does not need a “round of applause for that,” and honestly, I don’t see him walking the walk.

There was this t-shirt he created to “invite” others to the conversation of feminism. Though the product description claims the sale of the shirts benefit NARAL Pro Choice, it’s interesting he put this out on International Women’s Day – a day about women, not a male ally. In fact, he even responded to this criticism by making the conversation about himself and how he gets “sexualized.” 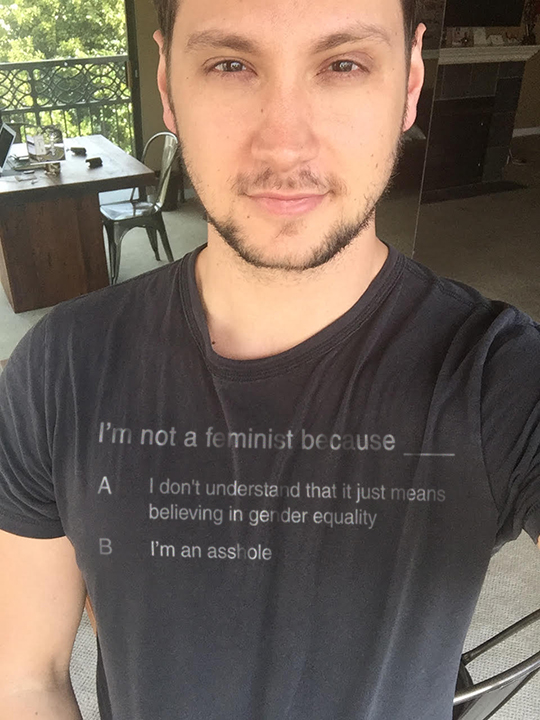 As that shows, McGorry doesn’t handle those opposed to his brand of feminism very well. He’s even blocked many women on Twitter for critiquing his so-called ally-ship.

Kayleigh is one of the various women McGorry has blocked. He blocked her after she sent out this Tweet, even though she did not tag him in it:

i don't dislike matt mcgorry because he's a 'feminist', but his 'feminism' takes away valuable space that should be used for women instead.

“Women are massively underrepresented in the media in every way possible. Therefore, if you are a man who is seriously interested in being a good ‘feminist ally’, you should be striving to combat that,” Kayleigh told me.

“Whether it’s him speaking over women of color, mansplaining, objectification, or releasing a t-shirt line on International Women’s Day, it’s clear that his feminism is about punching down, rather than punching up,” said Kayleigh.

“It’s about his voice, not the voices of the millions of women around the world who need to be heard right now, and it’s about what he gets from it, not what women might benefit from him speaking out. His posts about feminism are largely self-congratulatory, and very rarely does he show himself taking part in any direct action. It’s all very public, and it raises questions, for me, about his intentions, and whether this is all about actually helping women, or whether it’s about relevancy and publicity.”

I am not opposed to men embracing feminism. It takes people of all genders to put an end to the patriarchal system. But if you’re a male feminist, ask yourself: are you a feminist because you truly want to help end oppressive systems, or are you claiming this title for attention and praise?

Though feminism does benefit men, it’s not for men – it’s a movement by women, for women. Male feminist allies must understand their place in the movement – be there to listen and learn, not brag about what a great feminist you are. At the end of the day, it’s not men who get to decide if they’re feminists or not – it’s women who do. If you benefit from white, straight, cisgender, male privilege like McGorry, use that privilege to boost the voices of marginalized groups. Don’t use that voice to speak over those who feminism, especially intersectional feminism, is actually for.