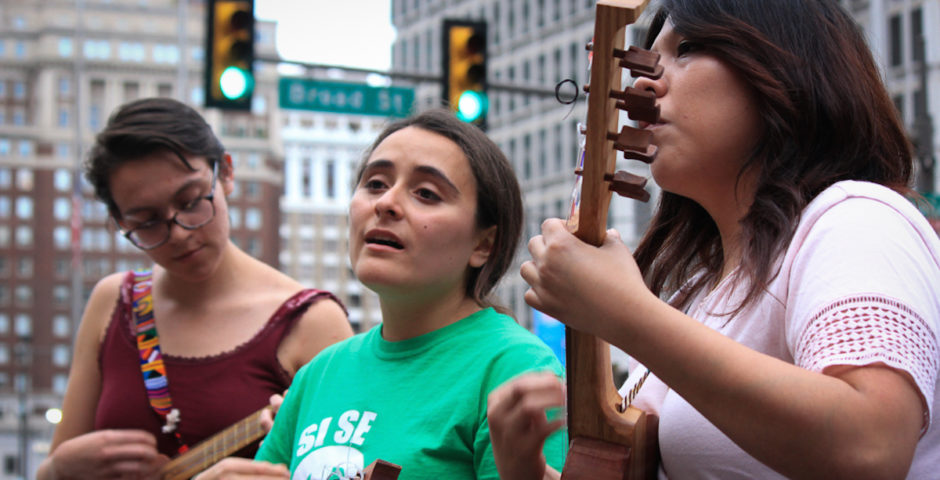 Last night, Philadelphia came together at City Hall to show its support for the victims of the Pulse nightclub shooting in Orlando on June 12.

NBC 10 Philadelphia reported about 2,000 people were crowded around City Hall in attendance. 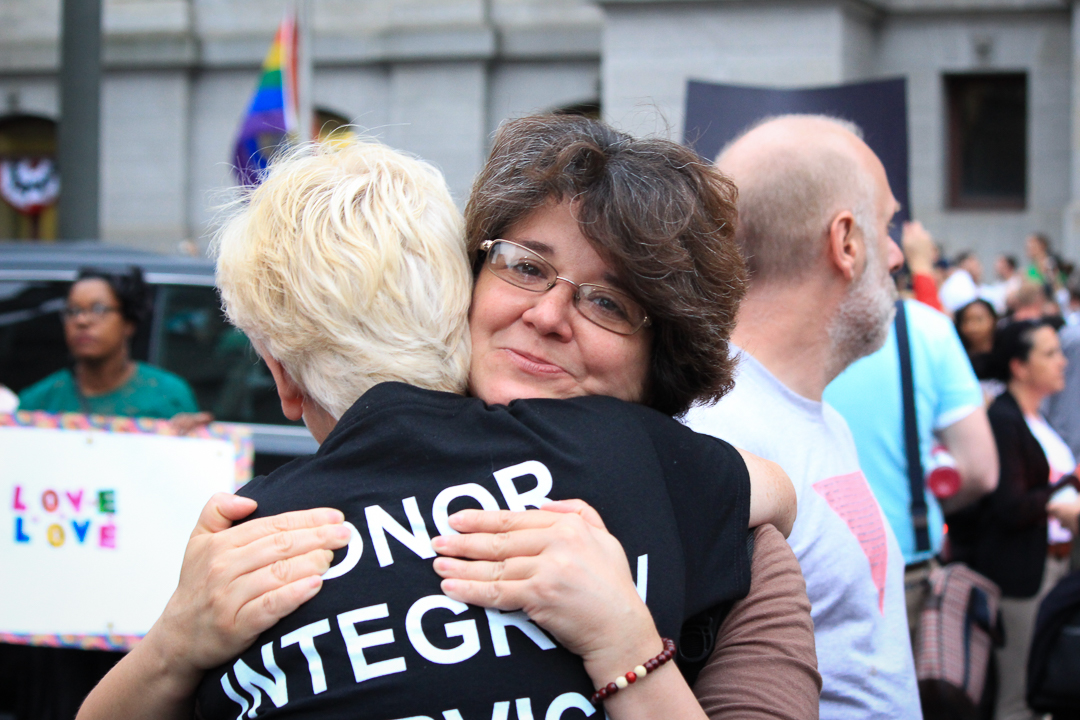 The vigil, hosted by the non-profit organization Philadelphia Dyke March, was a somber end to Philly’s own weekend of Pride celebrations. As a city with such a strong LGBT community that it has its own officially recognized Gayborhood, the connection to all the Orlando nightclub victims loomed over the gathering. But, right in line with the City of Brotherly Love’s namesake, speakers at the vigil reminded Philadelphia’s mourners to turn to one another despite differences in race, religion, or lifestyle. 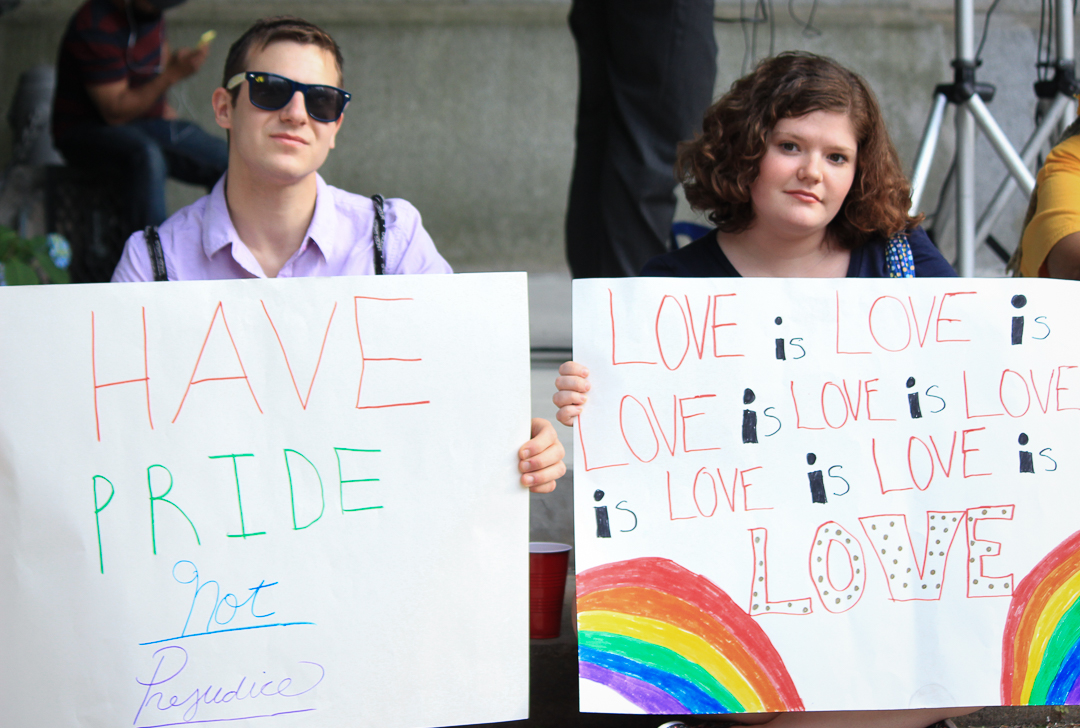 Nellie Fitzpatrick, from Philly’s Office of LGBT Affairs, started off the event with some words of comfort and inclusivity: 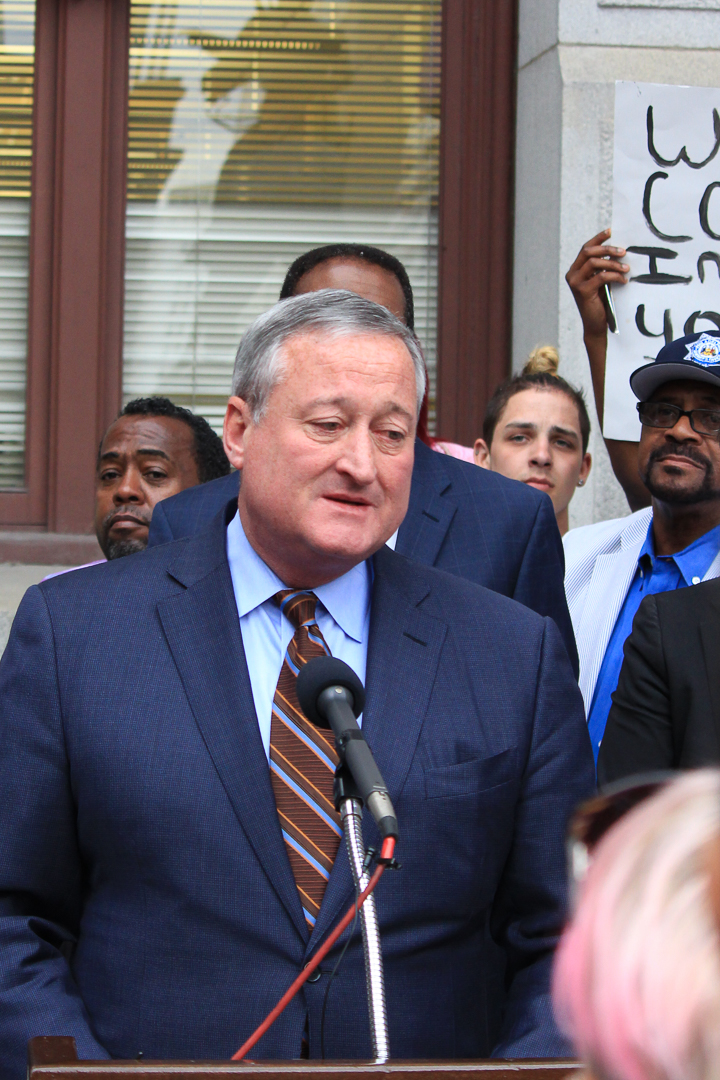 Mayor Jim Kenney approached the microphone after her with red eyes. He spoke with a fragile voice of Philadelphia’s own Akyra Murray, an 18-year-old basketball player from West Catholic High School who had just graduated. She was killed in the shooting while on vacation with her family – her cousin and their friend were also shot but are alive. Her high school basketball teammates attended the vigil and were heard sobbing over Kenney’s remarks. After the vigil they led a march around City Hall in their teammate’s memory. 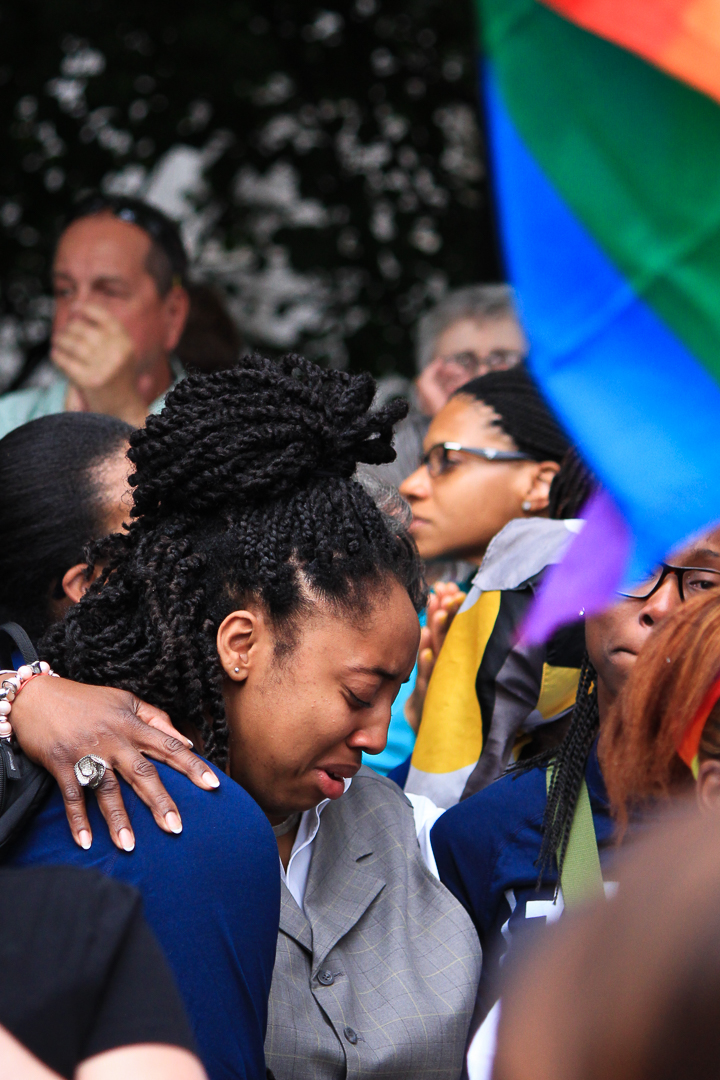 “I want the Orlando victims and every member of the LGBT community to know that the city of Philadelphia grieves with you. Not only for the loss of life, but also for the violence that is all too common an occurrence in the LGBT community,” Kenney said.

“The LGBT civil rights movement has always been about love. So now, in this time of tragedy, we can not come back with hate or malice towards other marginalized groups. We must come together, and I know that we will.”

The speakers notably made remarks thanking those of the Islamic faith who reached out offering their support or who came to the vigil, acknowledging the backlash and blame they may experience after any terrorist attack. Reverend Jeffrey Jordan of Whosoever Metropolitan Community Church also made a point to include people of any or no faith in group prayers. He asked those who were comfortable to join together in prayer to “God who is called by many names: Allah, Heavenly Father, Jehovah.” 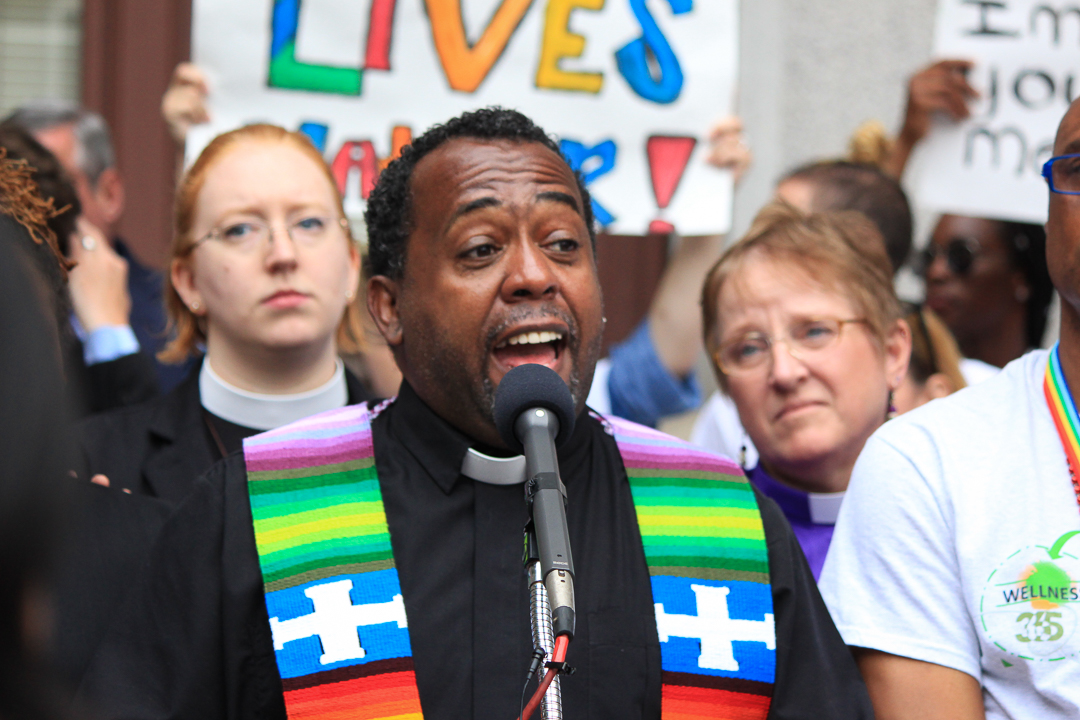 Jordan said: “We know these events could have happened at any of our local night clubs.”

With many of the mourners at the vigil draped in flags and beads left over from several days of Pride festivities, it was easy to feel the connection between the community here and the community targeted in Orlando. 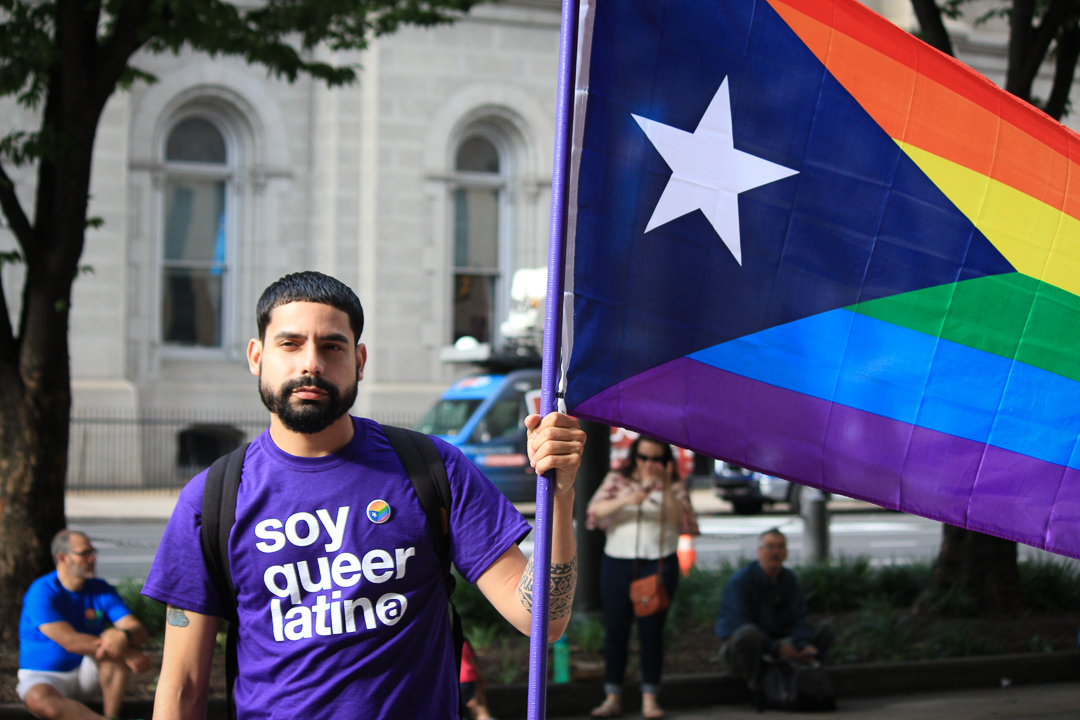 After the speakers finished, members of the crowd broke into song and only some dispersed. Many more stayed for hours in the declared safe space, leaving candles and other signs of remembrance for the victims. 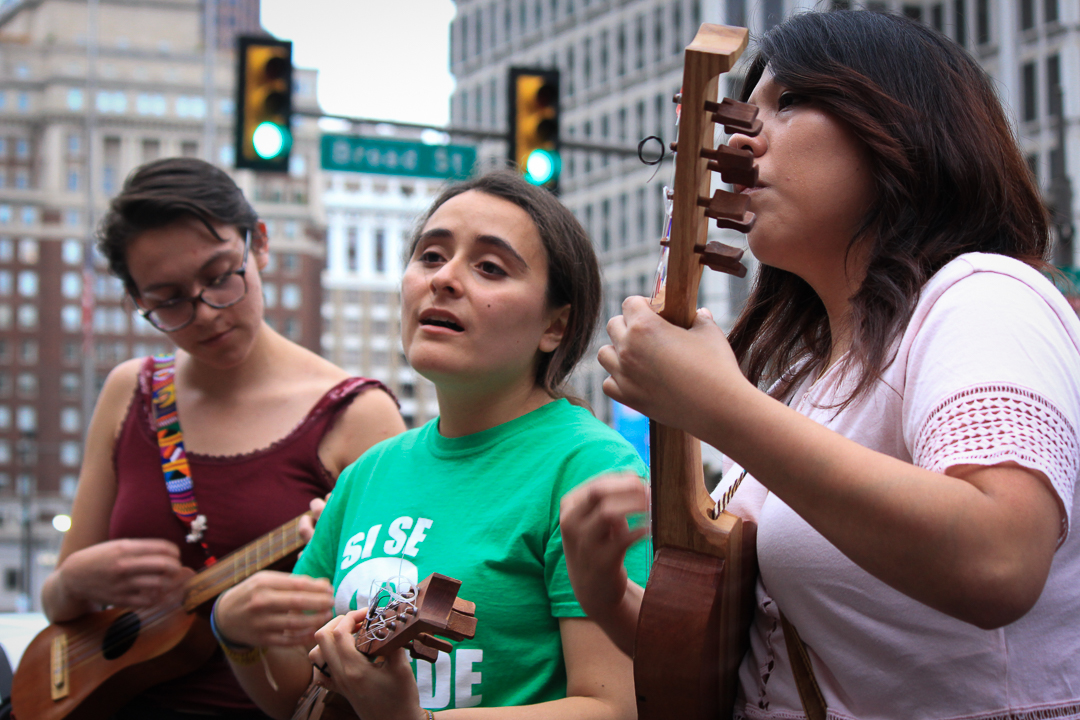 Alana Bozman, who was handing out flowers to the crowd after the vigil, said she wasn’t surprised at the number of people who showed up to mourn and to support the victims and the entire LGBT community: “I was pretty confident a lot of people would come.” 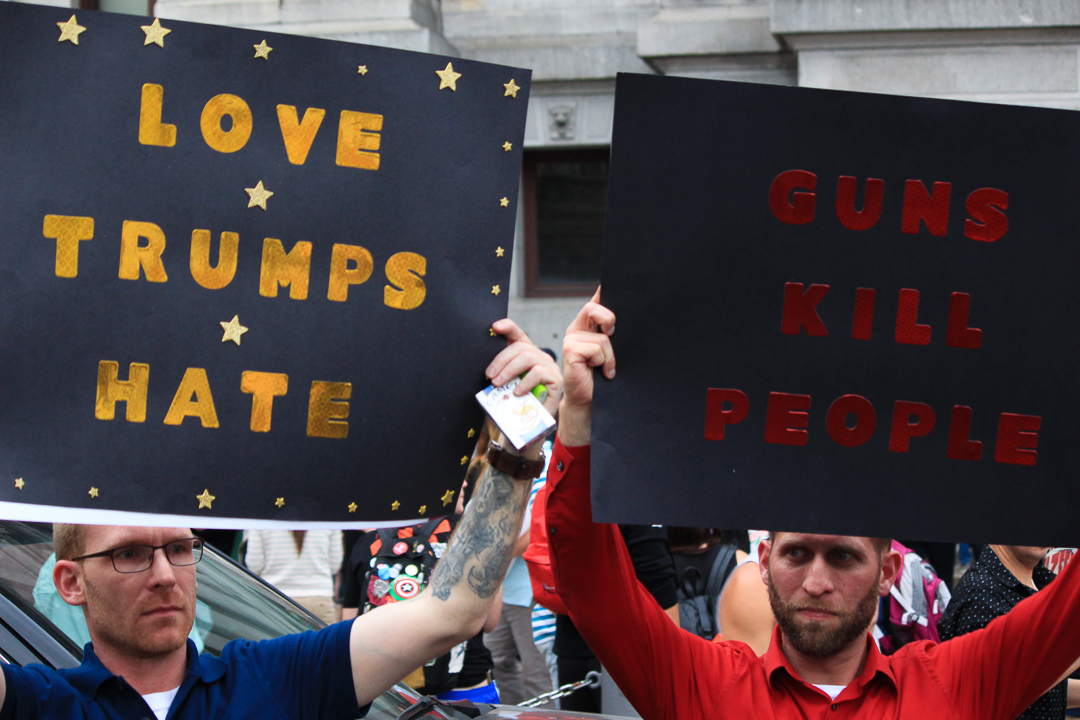