After adding a taste for Trump to their pallet of Natural Light and Red Bull, American frat boys are perfectly engineered to combat the Democratic supporting millennials.

Armed with daddy’s money, an unrealistic view of the world, and Reagan Bush 84 t-shirts, these young men and their loud “’Merica!” sentiment have fallen right into the arms Trump and his presidential aspirations.

It must have been something Trump said between his high promises of restoring America’s glory days and his many intelligible dialogues on economic and social policy that caused a twinkle in the eyes of the stereotypical frat boy, making them throw off their bucket hats and salute their new commander with a Make America Great Again snapback. 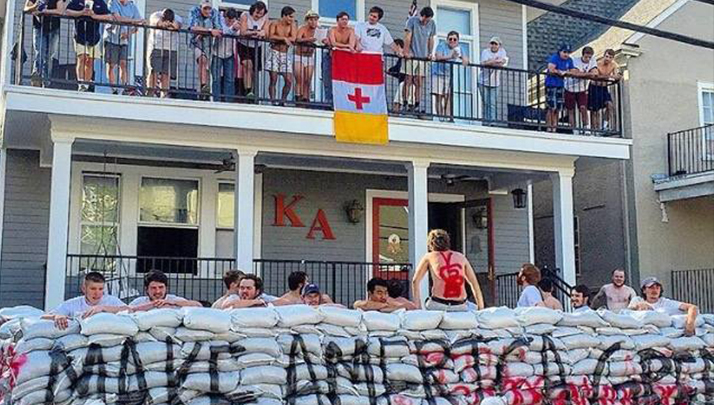 During their latest feat in April, the Kappa Alpha chapter at Tulane University built a Trump wall of their own. Made of sandbags and a total disregard for political or moral correctness, the wall surrounded their fraternity house and was tagged with the words “Trump” and “Make America Great Again.” Known at Tulane for being a homogeneous exclusive group made of old southern money and conservative business majors, this fraternity was bred to be part of Trump’s Oxford-wearing army.

Morally conscious Tulane students quickly counterattacked Kappa Alpha’s efforts by knocking the structure down while Tulane’s Latino student group referred to the action as “a source of aggression towards students of colour on this [Tulane’s] campus.”

The wall, not only symbolizing racial aggression, epitomizes the Trump fraternity trend. Though many students at Tulane believe the fraternity built the wall out of slight sarcasm and irony for Trump’s controversial ideas, they also recognize that this fraternity is made of hardcore republicans who will most likely run to the polls in November to pledge their continued allegiance to Trump. As ballots open in November, the sardonic nature of this fraternity bandwagon trend will become all too real.

A recent poll conducted by ABC News found that young voters, between the ages of 18 and 29, have dramatically shifted support from Hillary Clinton to Donald Trump in recent weeks. Clinton’s support dropped 19 percent since March, giving her only a three percent lead against Trump in the millennial demographic. 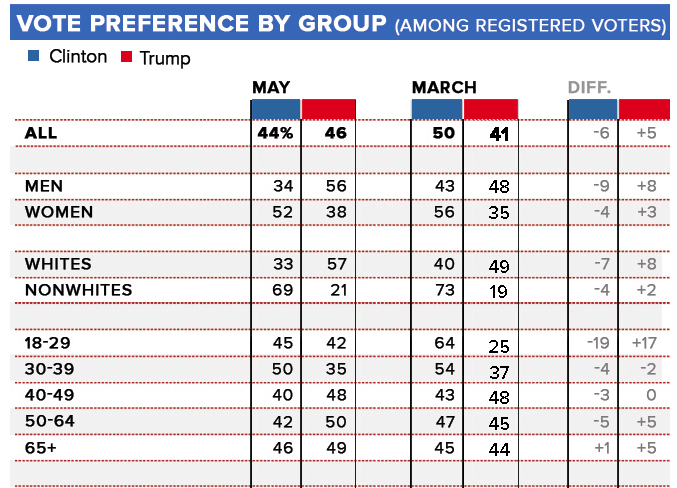 ABC attributes this Trump surge to Bernie supporters who were left angry with a system they find geared to establishment success, such as Hillary Clinton who is losing 20 percent of Bernie Sanders’ supporters to Trump.

Perhaps its Trump’s loud articulations of his patriotic duties to Make America Great Again or the shameless way he speaks his mind, throwing away all remnants of political correctness and moral filters, but Trump has captured the attentions of the southern, principally white and wealthy fraternity members and come November casting a vote for Trump will become a total frat move. 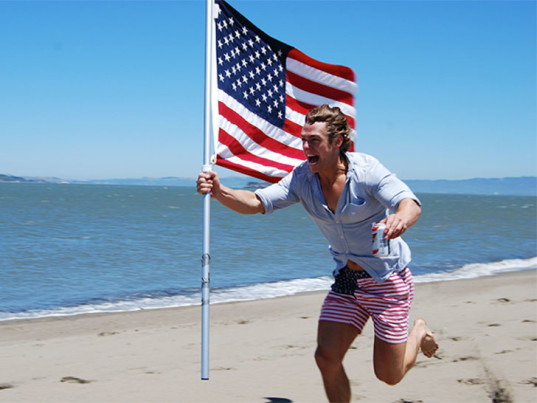 Adding the surge of anti-establishment and politically angry Bernie supporters to the camp of fraternity boys who are all too ready to heed his call, Trump has more than a realistic shot of securing the young demographic vote he needs in order to defeat Clinton in the general election come November.

So Hillary Clinton, maybe it’s time to trade in your Armani jackets for Hawaiian shirts and American Chubbies?