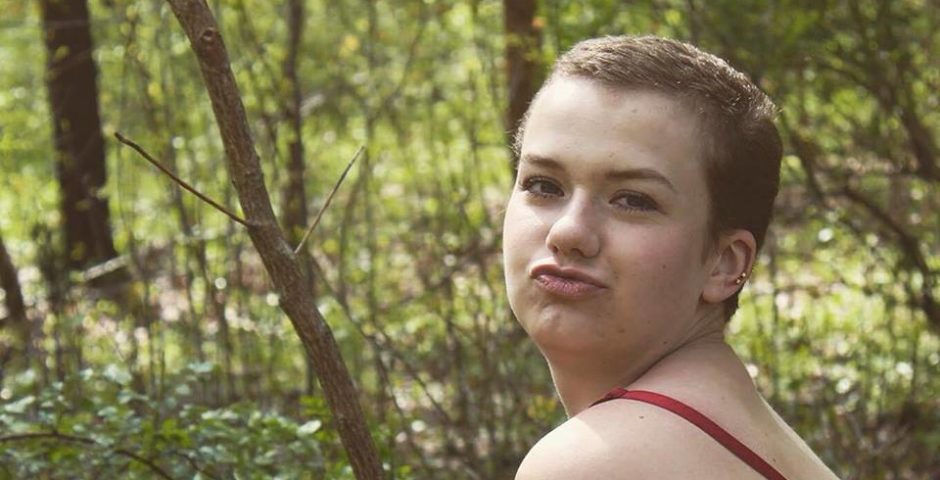 ‘I shaved my head to raise money for cancer patients’

My best friend is the type of woman who loves the outdoors, bakes a mean dessert and can make your parents laugh. She is also the type of woman that is incredibly confident and has more sass than Regina George. This past spring, my friend Dana willingly had her head shaved to support a local fundraiser for cancer care at her college, in Adrian, Michigan. When she returned home for break, many people prodded and questioned her about her decisions, and offered many opinions. It was definitely an eye opening experience for her, which is why I asked her to share her story.

So, tell me about how you became this bald beauty.

It was a Monday afternoon, and my friends and I were procrastinating real hard by talking about Tau Cuts, an annual fundraiser for a cancer treatment center, hosted by one of the fraternities on campus. The event was to happen that Thursday, which also happened to be St. Fratty’s Day. Everyone was reminiscing on memories from previous years of Tau Cuts, that had left grown men crying while getting their heads shaved. The conversation then shifted to how much donated money people would shave their heads for. So I, being a  ballsy gal as usual, blurted out that I would do it for $300. One of the guys in charge of the fundraiser said that it would be no problem at all, so of course I had to follow through, because I’m not a lil bitch. Right then and there I shook on it with the guys, and within 24 hours we had already raised over $200 for my precious locks, and only three days later, we had raised $442. 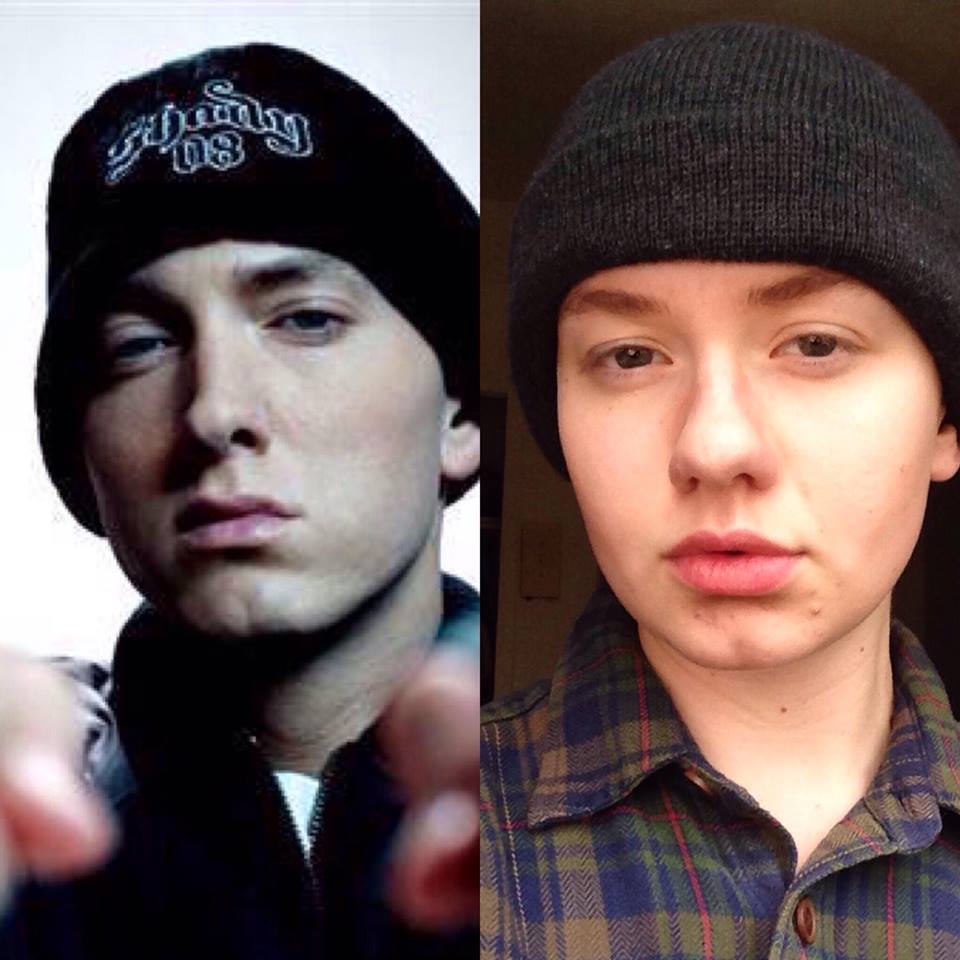 What was your first thought after losing the tresses?

Initially, I just couldn’t stop touching myself. I know, hot right? I felt like a slightly under ripe peach – still pretty sweet, but mostly just fuzzy. I was really cold at first, because I lost all of the insulation I had been carrying around for the past 20 years. 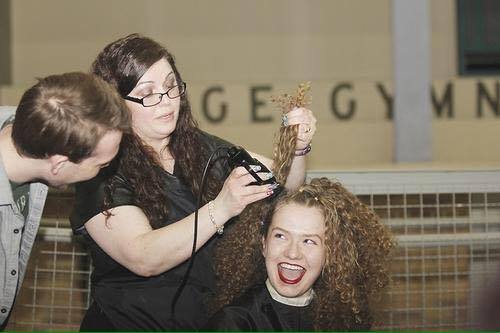 How did people react to it?

People absolutely lost their shit. Friends and family were all over me, asking questions and rubbing my head like it was some kind of magic lamp. Even people I didn’t know suddenly became enthralled by me. I kind of get it though, because my hair was a very iconic piece of me. The reactions varied quite a bit. Some were as excited as I was and applauded me for it, but some were almost snooty about it. They treated me like some sort of walking 2007 Britney Spears exhibit. But you know what? I really don’t care what either side thinks. I’m still me, just with a lot less hair. 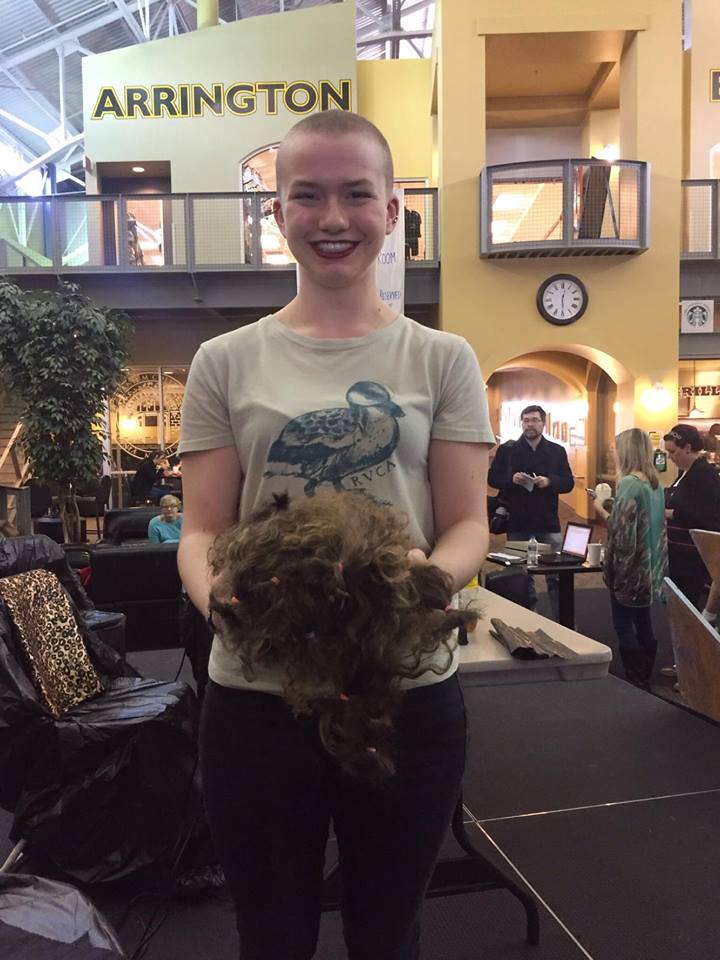 You said people were very outspoken about you having your head shaved. What were some of your experiences with that?

Friend: “Girls aren’t pretty when they don’t have hair”

Every guy on Tinder ever: “You are still cute even though you are bald” No. I’m cute, and I am also bald.

Classmate: “Props to you. I could never do that.” You actually can do that, you just don’t want to.

Everyone else: “You actually don’t look bad!” I got really lucky to have a bomb ass shaped head.

Conversation with my a guy in my hall:

Him: “I still can’t believe you did that.” 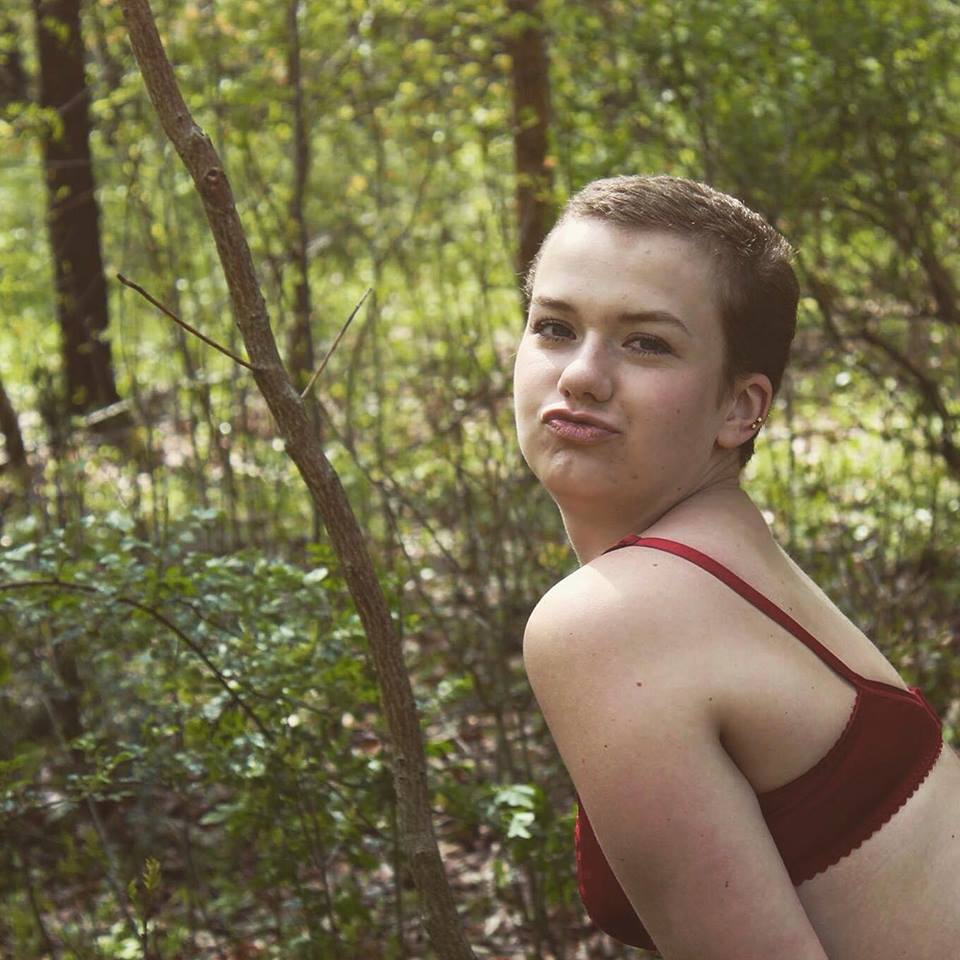 So, the golden question, why did you do it?

Everyone knows someone affected by cancer. It’s as simple as that. I was happy to support my friends in Alpha Tau Omega with their charity event, just by doing something as simple as shaving my head.