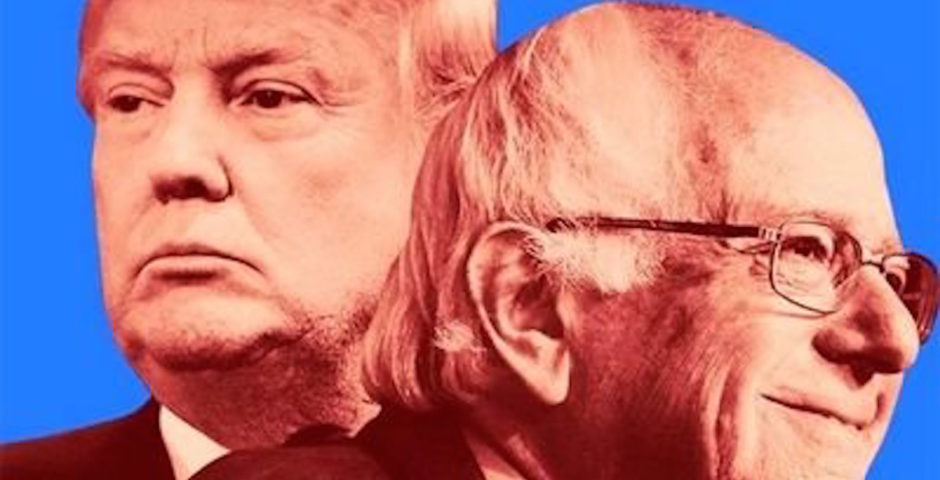 Meet the Berniecrats who are now voting for Trump

‘I’m not a Republican or a Democrat. I’m an American’

Speaking from Westchester, NY, on Tuesday, Republican nominee Donald Trump called for Bernie Sanders supporters to swing to his side for the general election.

“For all of those Bernie Sanders voters who have been left out in the cold by a rigged system of superdelegates, we welcome you with open arms,” he said.

For many Bernie supporters, the message was received. According to a recent poll by The Guardian, if and when Sanders drops out of the race, the battle for his voters will be neck and neck, with 39 percent planning on voting for Clinton and 36 percent voting for Trump. It may seem odd that so many are willing to throw their support to a man on the opposite side of the ideological coin, but many voters see important similarities between the two candidates. 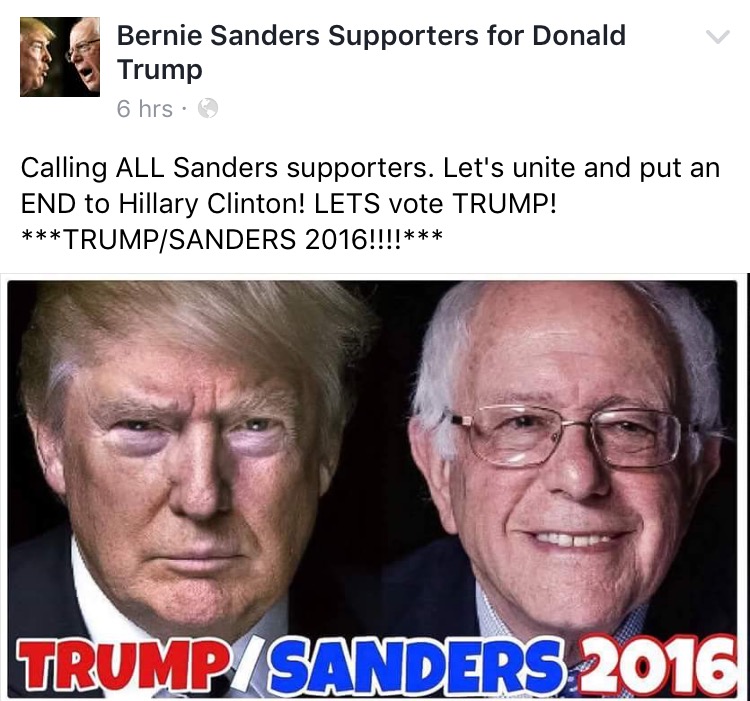 “I’m not a Republican or a Democrat. I’m an American,” said Oswald, a 19-year-old student from Denver, and a Bernie supporter who’s decided to vote for Trump. “I like that [Sanders and Trump] both say what they want.”

Michael Canada, a 30-year-old senior software analyst from Niagra Falls, NY, agrees, saying he was initially drawn to Sanders’ authenticity. “Someone had posted a video on Facebook of him talking to reporters shortly after he announced he was running. I watched it and was completely blown away by what he was saying about the pharmaceutical industries ripping us off for medications. I had never heard a politician be so candid before. The more videos I googled of him, the more I loved the man.” 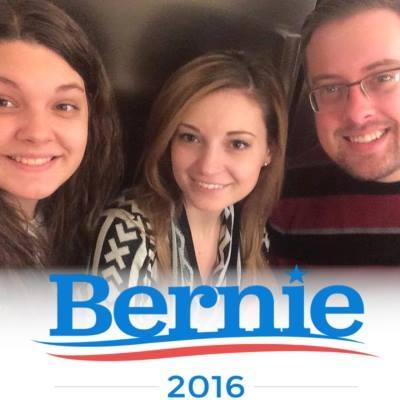 Michael and his siblings, all Bernie supporters

For many Bernie supporters, this loyalty to Sanders and his campaign – and subsequent battles with the press and the Democratic National Committee – have lead to a sense of disenchantment with America’s political system in general, leading them to identify with Donald Trump’s outsider status.

I am voting for Bernie today. Should he lose the nomination, makes best sense to next vote for Trump. #CAPrimary #CaliforniaPrimary

I will never vote for that woman. IF Bernie loses I'm voting Trump pic.twitter.com/4O3FE6RFLs

“I’d say it’s both a stance against Hillary and for Trump, but most of all against the establishment,” said Oswald of his vote.

Michael agrees, saying that for him, the one thing Trump and Sanders have in common is that neither fits within the folds of their respective parties.

Here we have it. I officially endorse Donald Trump for president. Politicians have been lying to us for too long. #Trump2016 #FeelTheBern

While many are using their vote to make a statement to the DNC and the political system, still others are simply trying to avoid a Clinton White House.

“I’d rather vote for Trump than Hillary,” said Ashley Rayhel, echoing the lesser-of-two-evils sentiments that are now dominating decision rhetoric for Sanders supporters.

Ashley, a 26-year-old massage therapist for St Louis, said she’s decided she would prefer Trump as President on the basis that he would be too ineffective to accomplish his goals. “Trump means nothing will change,” said Ashley. “Hillary means everything that’s bad will get worse.”

For many Sanders fans, Clinton represents everything that’s wrong with US politics: corruption, greed, and corporate entanglements. After years of dealing with these issues, they’d hoped Sanders would be the one to break the mold.

While some are still holding out hope for Philadelphia, many will have to settle for a different type of anti-establishment candidate: Donald Trump.