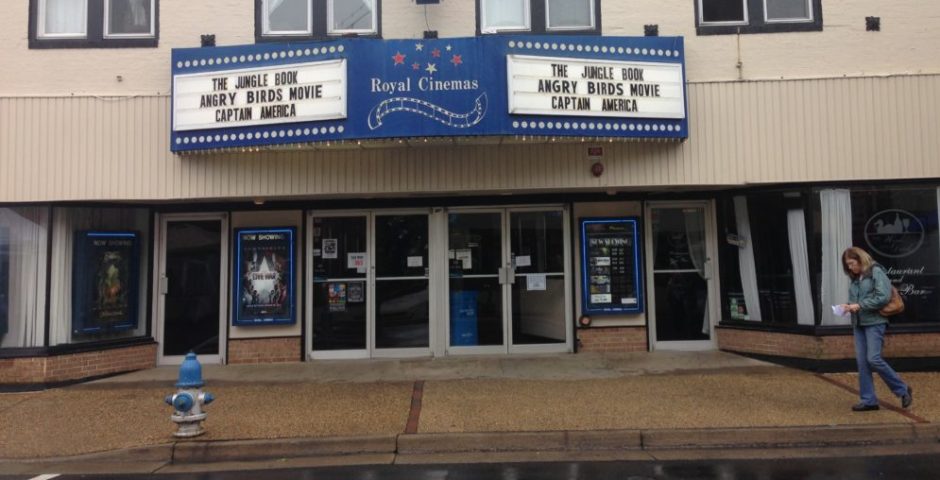 NOVA vs. ROVA: Two different Virginias down one highway

My father told me in our SUV while en route to Front Royal, Virginia, that the transient families of Northern Virginia never bother to venture westward towards the countryside so close to them. They move frequently, never taking the time to really become acquainted with the area. They live in suburban Washington, never appreciating the less dense parts of the region often called Northern Virginia, or more colloquially, “NOVA.”

NOVA isn’t like the rest of Virginia – it’s urbanized and cosmopolitan. NOVA, my home region, is essentially a massive housing complex for government workers in Washington. It is its own beast, with a different, “Northernized” culture compared to the rest of the state. It votes Democratic by large margins most of the time, it has people from all around the world and you don’t hear many drawls or eat many grits. The only comparable places in the state are Hampton Roads or Richmond. 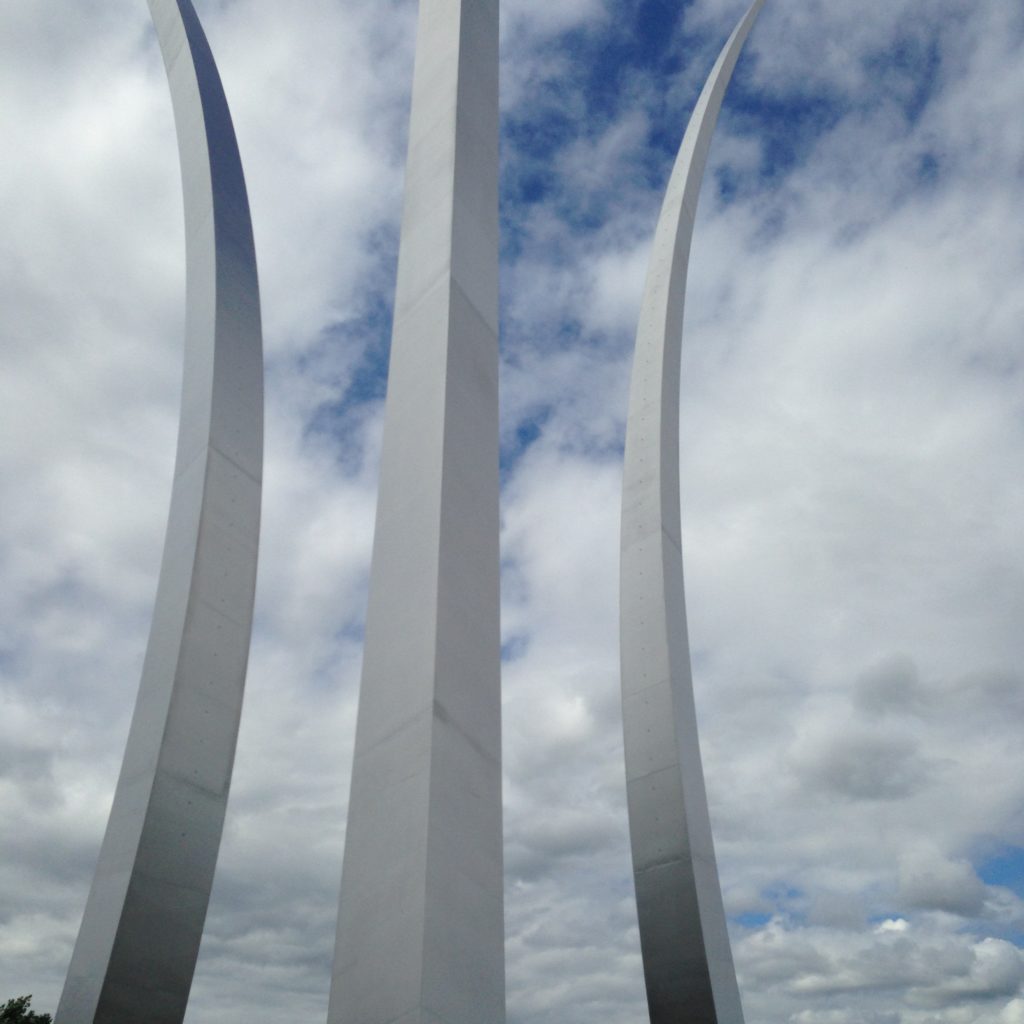 The Air Force Memorial in Arlington, to give an example of “slickness.”

Since NOVA is so different, some people have adopted the similarly tongue-in-cheek “ROVA” to describe the “Rest of Virginia.” Even then, NOVA isn’t strictly the northern half of Virginia, but only a few counties and independent cities spreading out from Washington. Those places well in the north but not Washington-dependent, such as Winchester, are not NOVA.

My father and I are road-trippers. We’ll get in our 2006 Ford Escape and travel the Virginia highways. We did this one day in May and headed out to Front Royal, a town that, compared to NOVA towns like Alexandria, Arlington, or McLean, is positively sleepy. It still has the trapping of an agricultural town, and the highway, Interstate 66, shows this. Go west from Washington and you see the mountains that define the Shenandoah Valley, with blue-green hills that are steeper and starker than anything you’ll find anywhere near the beltway.

We arrived at Front Royal when the sky was grey and a pitter-patter of rain was forming puddles. We went to our favorite restaurant in that town, called the Mill, and saw there was some sort of gathering occupying a major thoroughfare. We ate and then wandered down their main street to find it was some sort of festival. We didn’t partake, only wandered down the street towards a bookshop we go to whenever we’re in town. 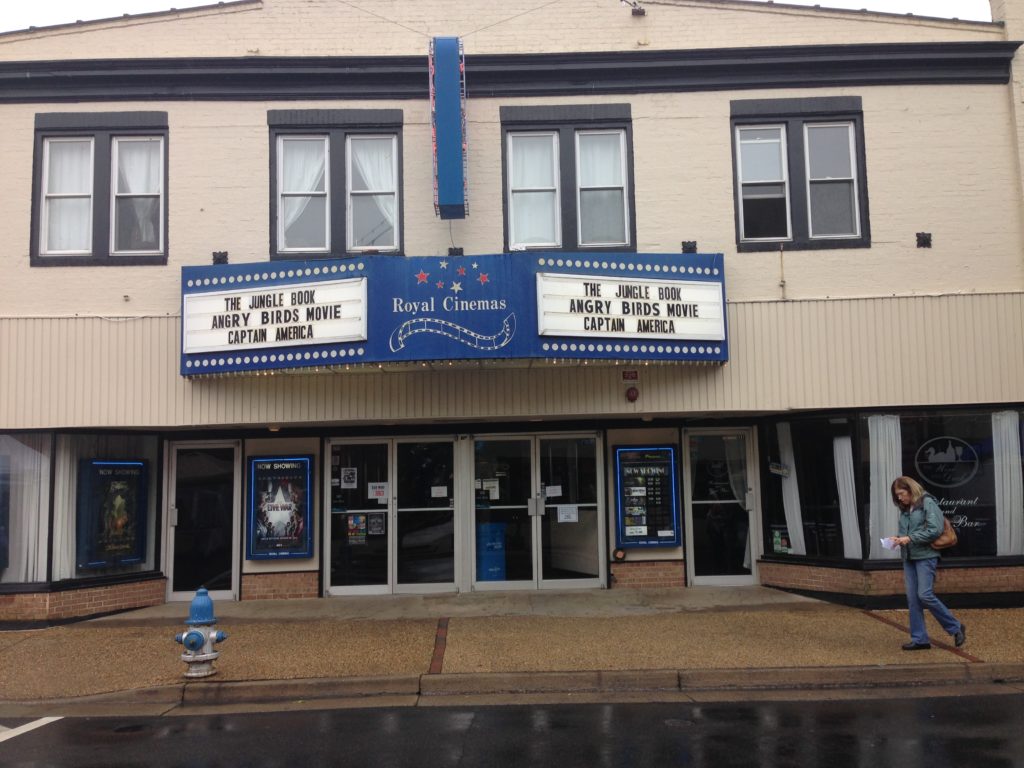 A movie theater in Front Royal.

This festival had booths all across the street, and a band at their domed city hall. People were chattering with whoever they pleased. It was walking down Main Street that I came to the realization how different this place was from suburban Washington.

The thing you notice about NOVA is that it’s either slick or isolated. In commercial districts for the young professionals moving in after college, “slick” is the best word to describe them. Shirlington, Clarendon, Crystal City in Arlington County alone have that look, with clubs and towering office buildings awash with people and shining in the sky. When you’re out of the trendy work areas, you’re in cookie cutter suburbs with tall fences and wide lawn, or wide rows of convenience stores and retail. 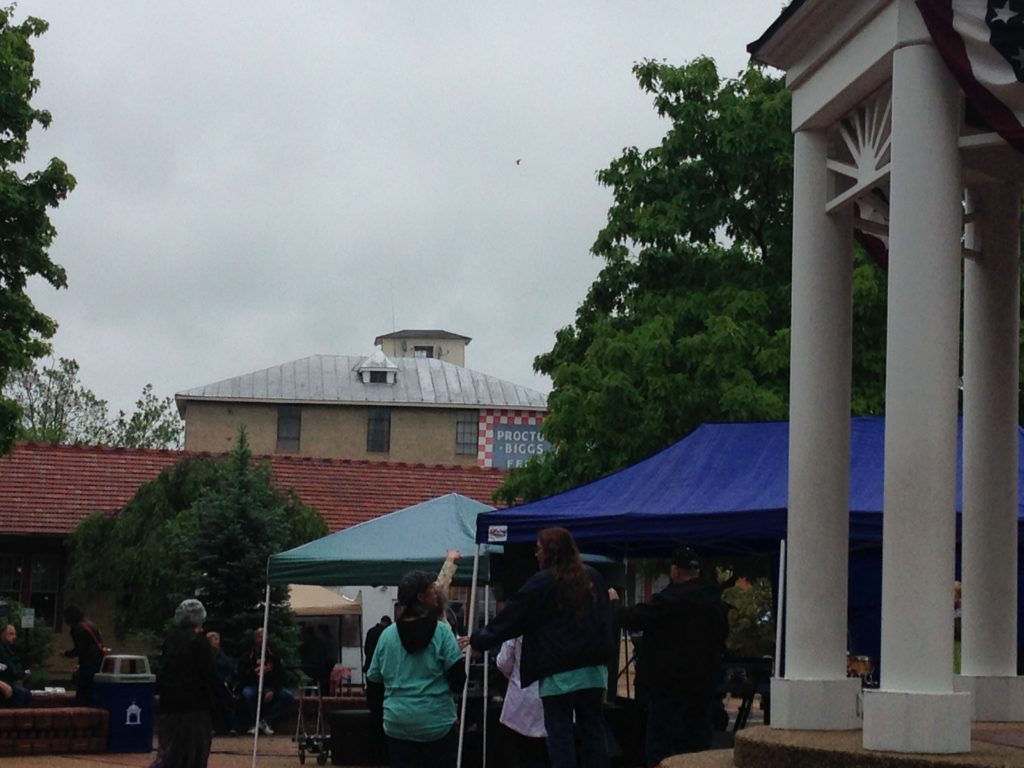 A plaza in Front Royal

Not so in Front Royal, and a lot of ROVA I’ve experienced. There are old style movie theatres, wooden storefronts and 19th century courthouses with big domes. There are stone brick buildings, gazebos and old mills converted to restaurants. The human creation is also surrounded by lush forest and rolling hills, with none of the sprawl in NOVA that came about in equal part to immigration and White Flight.

Front Royal, unlike the Washington area, feels like the South. There are prominent drawls, fried food galore and the occasional Confederate flag. In that bookshop, I once saw the title Cooking and Baking of the War of Northern Aggression. Unlike NOVA’s teeming millions from the world over, it’s mostly (but not completely) white, although without open racism. 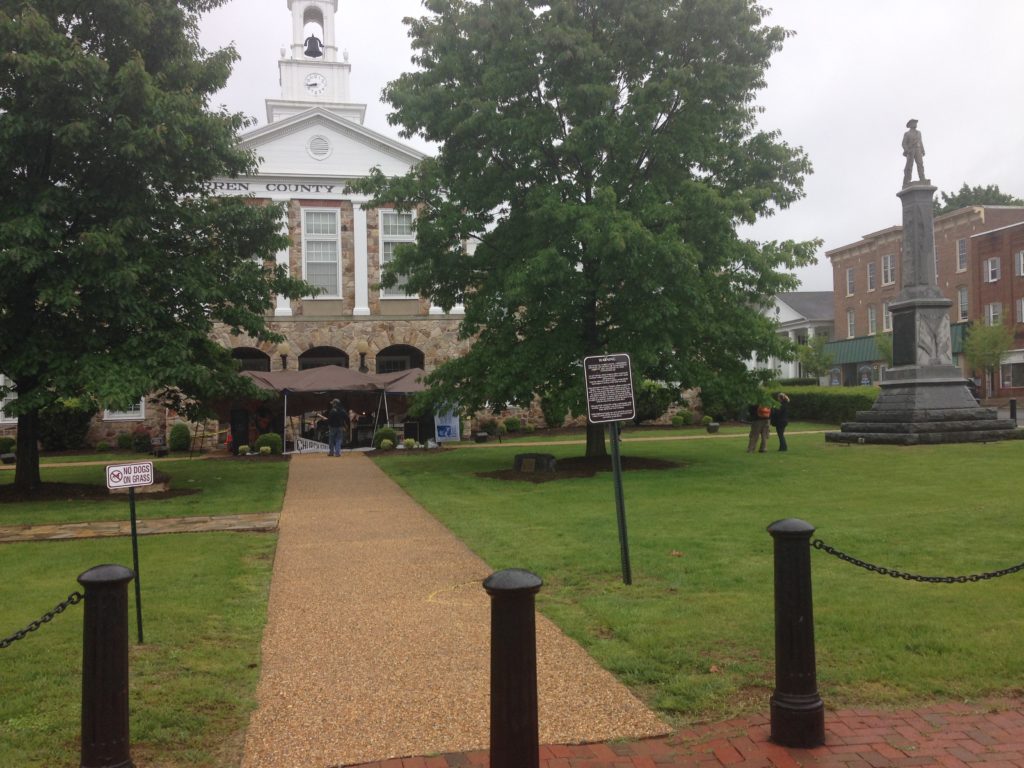 The band in front of the County Courthouse

You also don’t see festivals like in Front Royal in NOVA. Sure, you may get a neighborhood celebration or block party, but not of that scale. Front Royal shut down their main street for this gathering, and I really got the impression that they saw this as a community thing. There were flags and salutes to the troops, and two bands: a funk band at a plaza and a rock band in front of the Warren County Courthouse.

It was this rock band in front of the courthouse that really struck in my head that, despite being in the same state, the two parts are very, very different. The band was aggressive, and the county apparently had no problem with them in front of the stately dome flanked by the Stars and Stripes on one side and Virtus on the Tyrant on the other side. In many ways, it was a traditional Americana lost in the suburban sprawl, where the electrified Top 40 dominate. It’s rawer, folksier and less refined than the sparkling Arlington skyline, looking haughtily down upon its western and southern neighbors declaring “I rule you” with Washington right behind them.