What I realized about living alone

The constant fear of something or someone in your house is irrational and dramatic, but so real

I am an 18 year-old girl from Massachusetts, fresh out of my first year of college, and I am living alone in Maine this summer for work.

By alone, I don’t just mean house to myself, but also my family and friends are in another state and I don’t know many people in this area. This surely isn’t the craziest or most outlandish situation; young people my age are legally allowed to move out and live on their own (and some do). I’ve already lived “on my own,” away from my parents for a year at college, but this sure is different…and scary.

It’s not exactly a party

When you think living alone, you may think freedom and doing what you want. While I can wear the same sweatshirt every day and sing as loudly as I want in the shower without judgment, that’s about as crazy as it gets in my secluded situation.

The chores are the easy part

Doing household chores is obviously a responsibility of living alone and doing all of them myself seemed like a daunting task – but I was surprised by how easy it was to manage my own “mess.” It’s not too different from living in a dorm room, but now I have a dish washer and always-available laundry machines. While I may let a few dirty dishes or laundry pile up from time to time, I do like to keep clean generally and I manage this stuff pretty easily.

It’s hard cooking for one person

It’s pretty sad to Google “easy meals for one,” but it’s even sadder when you can never follow through. While I may not be the next Gordon Ramsay, I am capable of cooking and I’ve cooked meals before – but for my family of four and in a stocked kitchen.

How do you economically buy groceries for single servings? How do you avoid wasting food or eating the same meal every day for a week? I’m still trying to figure it out, but I’m also not above peanut butter and jelly sandwiches or making a meal out of hummus. 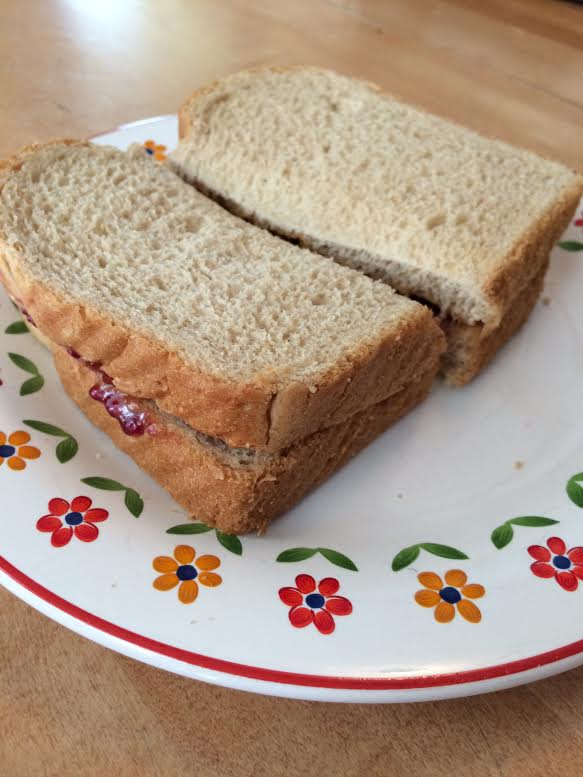 A gourmet pb&j made by yours truly

The constant fear of something or someone in your house is irrational and dramatic, but so real

I am living in a house that is old and in a neighborhood which is pretty quiet and empty, especially during the weekdays. I may have seen a few too many horror movies and Dateline episodes, but I’m pretty sure “girl all alone at night hears noise” is how 85% of them begin.

Every break in the steady silence and creak, squeak, and groan has me convinced I’m in imminent danger. A ghost? A murderer? A bear? Whatever it is, no one is around to hear me scream. 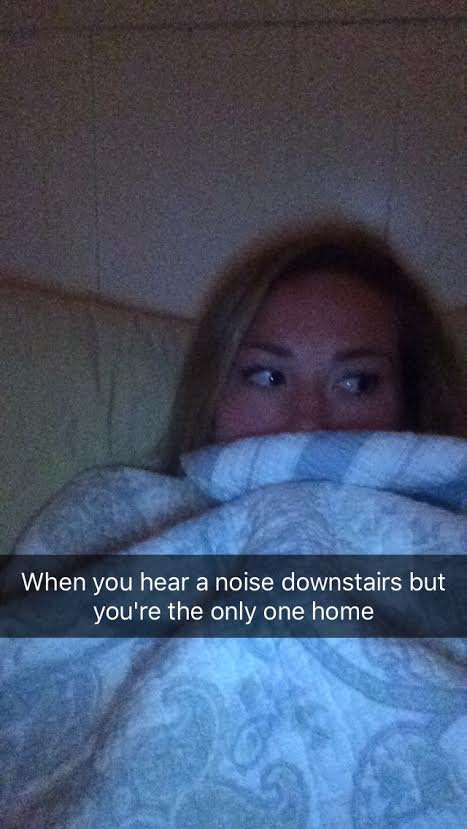 Call me dramatic, but when you wake up in the middle of the night, go to the bathroom and hear what sounds exactly like the naturally rhythmic pattering of footsteps coming up the stairs, don’t tell me you wouldn’t lock the door and sit inside frozen out of fear for fifteen minutes.

Spoiler alert: I did not die! However, I did not find out what the terrifying sounds were.

Some intruders (of the animal variety) are valid concerns

Maine has a lot of nature, and by nature I mean critters. Insects galore, raccoons, porcupines, foxes, deer, bats, and rodents—these are just the animals I’ve seen in or around my home. I have come to learn to kill my own spiders and flies, but dealing with other animals is a different story.

Let me set the scene: it was a rainy afternoon and I was in my living room watching my fourth hour of television (living in solitude gets quite boring). As Keeping Up with the Kardashians marathon cuts to a commercial, my eyes divert for a moment to see a swift movement in the corner. I shrieked, jumped to my feet on the couch, and immediately started to tear up as I dialed my phone.

“DAD,” I cried, when my father answered the call over 100 miles away from this terror, “A MOUSE.”

The next five minutes consisted of me giving a play-by-play of the animal’s movements while my Dad laughed at me and insisted “He’s more scared of you than you are of him!”

Impossible. It was unfazed by my noisy hysterics and I was considering just moving out and sacrificing my home to it. When I finally listened to my father’s advice and was preparing to leap from my perch on the couch to get a broom to chase the mouse out, it bee-lined into the bathroom and closed the door behind it. 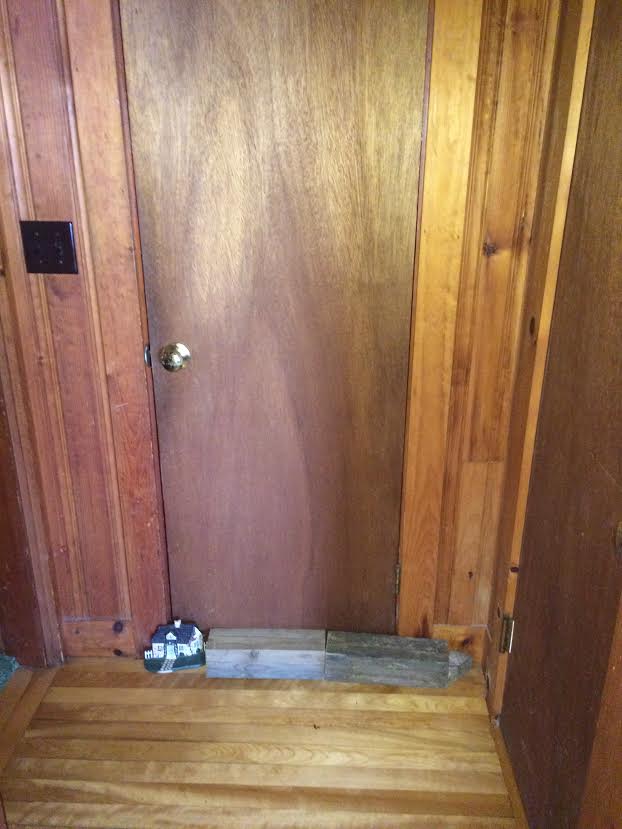 Not that I could, but you get the point. I consider myself a decently independent person and nothing has gone horribly wrong (yet) this summer, but yes, I cried and trapped a rodent and have an unsettling, irrational fear of small animals for an 18-year-old.

Other than being kind of relaxing and freeing, living by myself is a little lonely and hard, and honestly scary. Maybe by August I’ll be cooking five-star meals, keeping cool when terrorizing noises wake me up at night, and calmly and safely removing small animals from my home, but for now, I’m glad my living alone will end (for the time being anyway) with the summer.