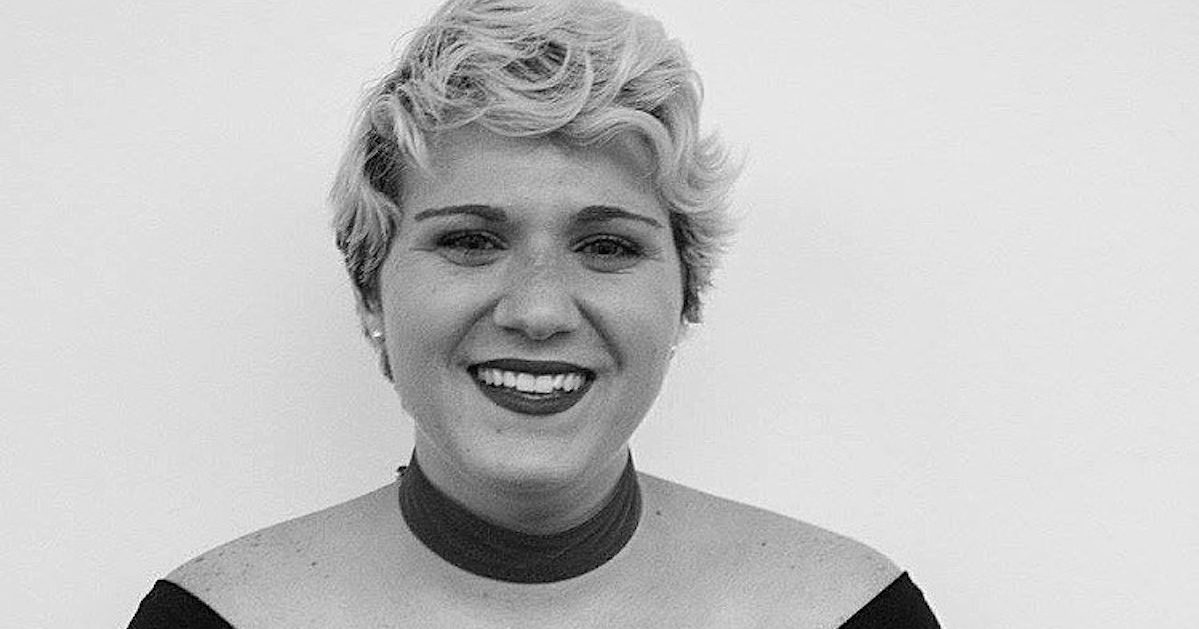 Why I identify as gender fluid

I’m the luckiest ‘they’ alive

Six months ago I began a new and scary journey: I decided that I no longer identified as a woman.

I asked people to refer to me as “they,” took steps for greater gender fluidity in my everyday, and made an attempt to be the most authentic me. All of this I did while questioning my decision each night and trying not to be afraid that I would be unhappy because the world would treat me differently now.

But now that a few months have passed, I don’t feel different — I feel in control. Real. I feel the most myself I have ever been. 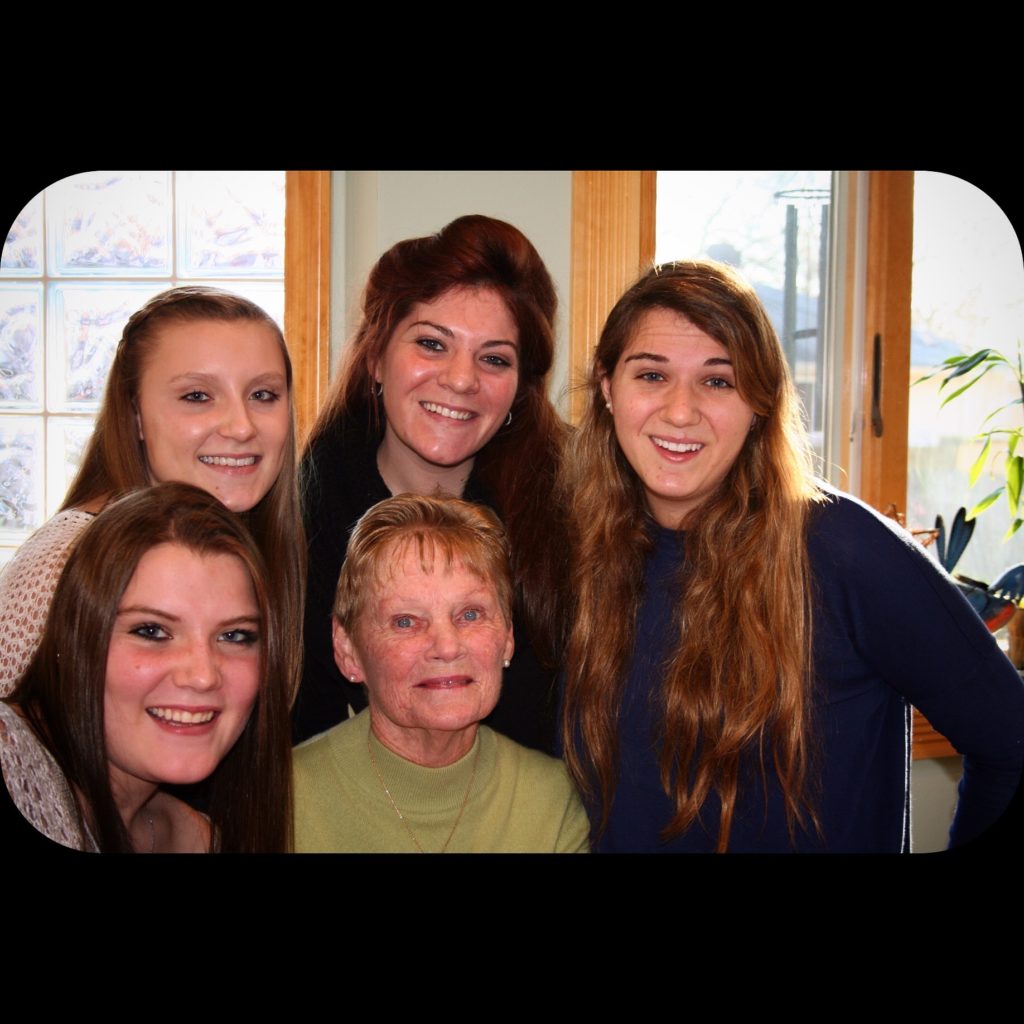 I can’t fully explain how the change began in me, but over the last three years something had shifted.

When I was 18 and a freshman at Tulane University, a group of my friends were discussing a peer on campus who was gender neutral. I had never heard of people referring to themselves in such a way before – I barely even understood gender neutrality, but the conversation stuck with me and I would find myself lying in bed at night imagining myself in the same way: ambiguous, fluid, able to decide exactly what defined me. 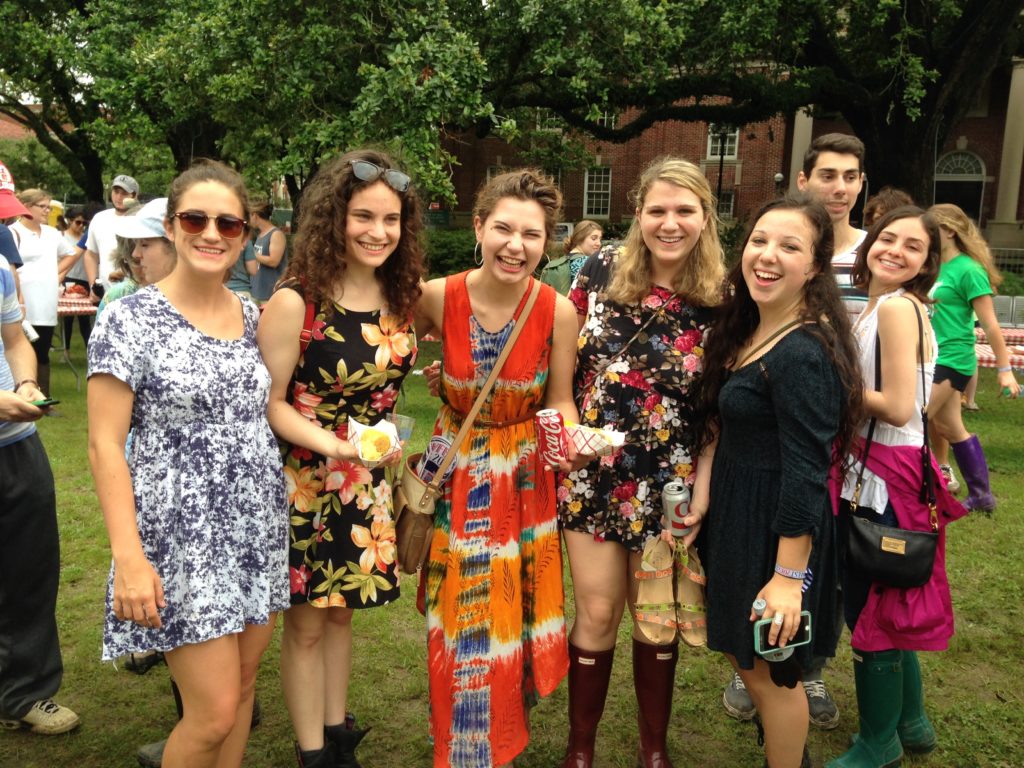 Over time I no longer felt like a woman. It became difficult for me to refer to myself as one and when I once said in a class, “As a woman…” my face flushed and my heart beat fast the same way it did when I lied as a child. I left the room to go to the bathroom and realized that I was panicked, terrified of being caught in my lie. I asked myself, what I am lying about?

I still have trouble trying to explain how this shift came about. How did I go from someone who was the loudest and proudest feminist in her elementary school to a person who felt uncomfortable under the skin when a friendly face called me a woman, girl, or boss ass bitch?

In large part, the answer is college.

In my experiences at Tulane over the last three years I have been able to participate in situations and moments which have pushed me out of my comfort zone and my naturally introverted nature, given me greater confidence to hold my own in public, and appreciate those rare moments when I am left alone to my thoughts. College has opened me to the endless possibilities of being – when I really recognized that there is no one way to be, I felt brave enough to be all the different parts of myself.

And in the past few years of illuminating who I am each day, reveling in my ability to be utterly feminine and wholly masculine in the same moment or a variance of both genders (i.e. 30% feminine, 70% masculine), I began to feel the need to have pronouns and identifiers that matched my personality.

And the choice was all mine.

The night after I declared myself a woman in class and felt as if I had somehow wronged everyone in the room, I sent a message to the closest friends I had where I told them my growing desire for gender fluidity and asked them if they would help me pave the journey’s road by referring to me as “they.” All night I waited for their response, checking my messages constantly. I was so worried that they wouldn’t understand. Some moments I wasn’t sure I did, either.

But then the first response came. Quickly followed by another and another until nearly all of them had responded as if it was the first thing they did that morning. “Omg this is fabulous.” “Of course!!” “Always and forever” “LOVE YOU.” “I gotchuuu” “I am so honored you chose to share this with me.” “Duh and please don’t be afraid to correct me.”

I began to cry. Maybe because I was five thousand miles away, studying abroad, away from the people and place I wanted to be or maybe because there are times when the people you come to count come through.

Either way I know one thing for certain: I was the luckiest they alive. 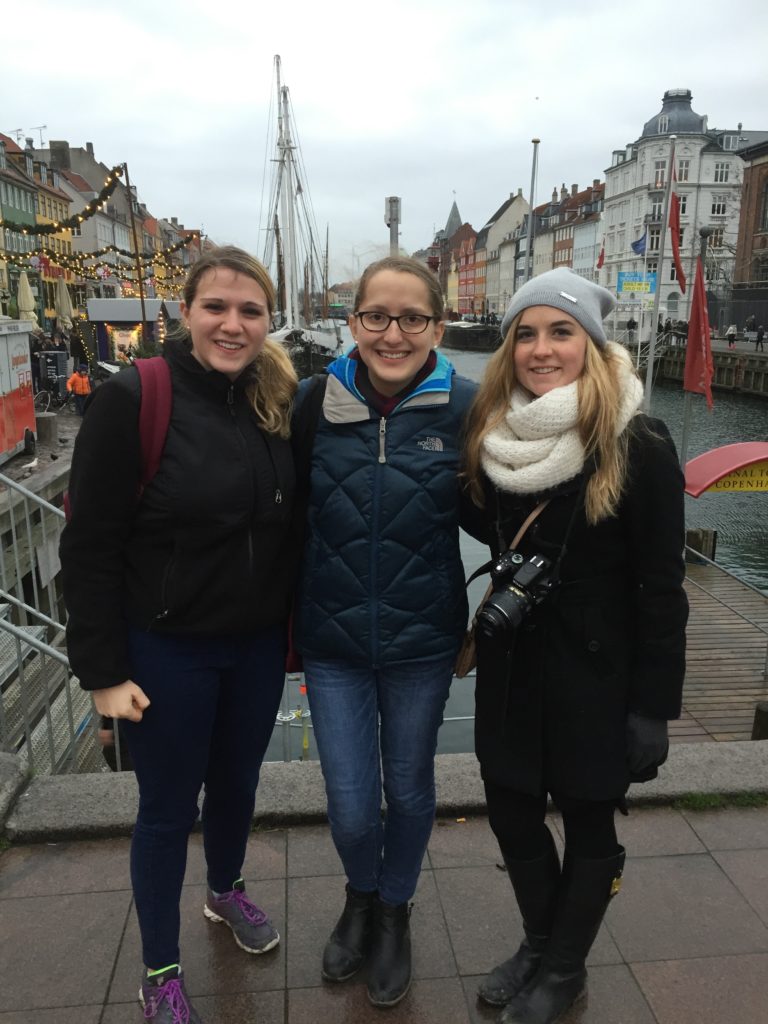 A few months later I found myself back at Tulane and changed in so many ways. I was experimenting with how I could portray what I felt on the inside on the outside by cutting my hair short, wearing makeup for the first time in my life, and actively focusing on my presence in public space.

But after only having informed my closest friends of my gendered shift, I still felt like I was hiding and lying – most people didn’t know I preferred to be referred to as “they” and not “she” and I felt awkward putting myself out there. I knew no one I had told had treated me any differently and was overwhelmingly excited for me, but I was afraid that I wouldn’t be so lucky with everyone else.

On St. Patrick’s Day I posted a status on Facebook that officially made public my use of gender fluidity and they pronouns, and found support reached far wider than my inner circle.

I wrote: “Happy Saint Patrick’s Day! In case you didn’t know, my mother named me Corley because it follows a rare tradition of giving this family name, which comes from a long line of Irish patriarchs, to a female as a first name. In accordance with celebrating my history and my identity, I wanted to take a moment and say that I am adopting gender fluidity — They/them are now my preferred pronouns but I know this might take some trial and error.

And remember, when in doubt, I’m still just Corley 🙂“

Born a female and gendered a girl, I felt strength in celebrating who I wanted to be on the same day that that individuality was being celebrated in another form. 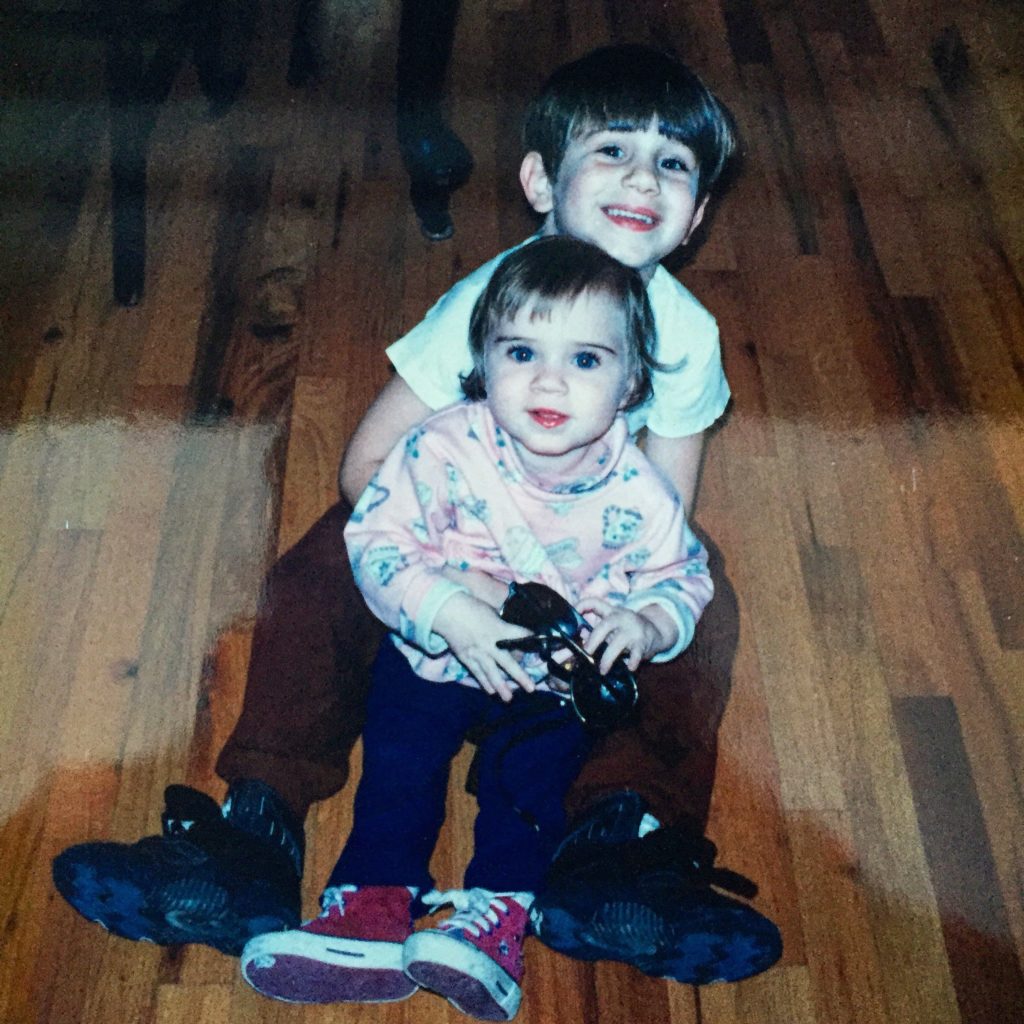 A few months have passed and everything is at once the same and irrevocably changed. I am just as close, perhaps closer, to my friends than before and do the same things, have the same conversations, laugh the same laughs; I do not feel shied away from in classrooms, bars, or the park and know that this is a privilege that few who make shifts similar to mine or much more strenuous often face.

I do not feel nervous or afraid to declare my pronouns in public anymore and feel excited when waking each morning for the opportunity to perform my authentic self through dress, speech, gait, etc. I am thrilled when approached by others who tell me that I have helped them feel brave or when someone who did not first understand my change refers to me as “they.”

I am at one of the happiest times in my life so far. 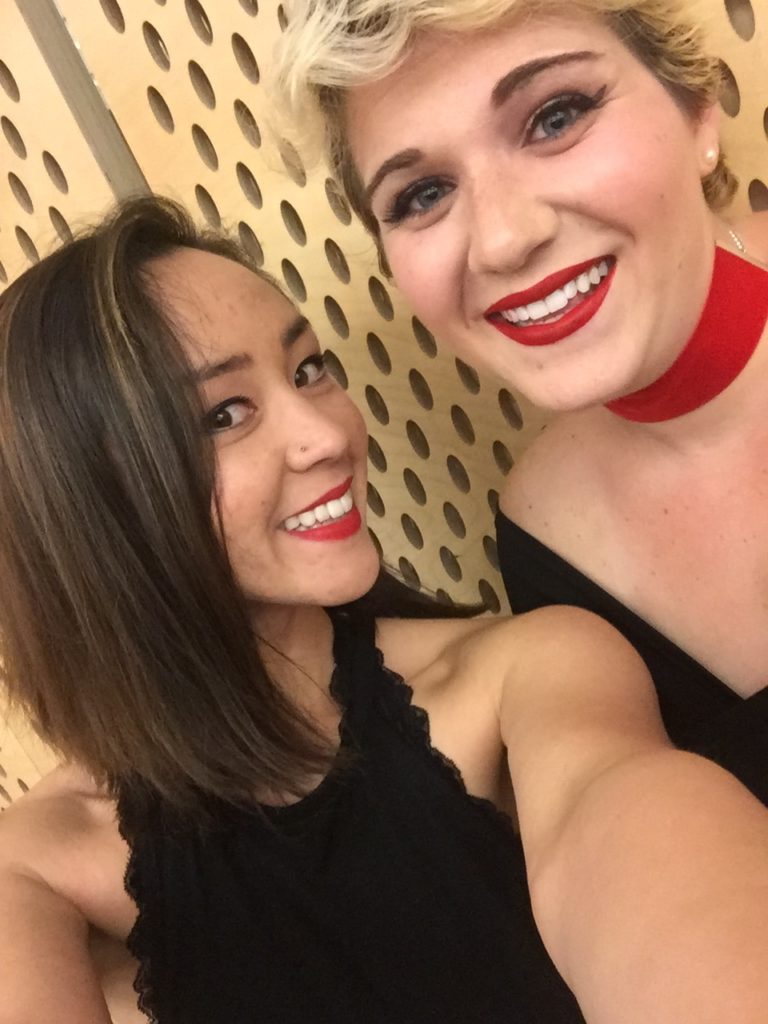 There are mornings where I wake up and dread having to inevitably discuss with yet another person why I have made the decision to change pronouns, knowing that more than once I have faced moments where others try and diminish my reasoning, and I still get silent nerves over having discussions about my gender with my family.

I do not know how to tell my parents that I am no longer their daughter but still their child (though I have told them that I use “they” pronouns) and am unsure how to handle myself when a stranger refers to me as a she.

I choose to be gender fluid because I want to live in communion with my masculinity and femininity, because I want to feel free to question each thought I have and action I take in such a way that my answers can be myriad.

I want to be my parents’ son just as easily as I am their daughter. I want to set the parameters of how I see myself and hope others come to see it too, but live for myself regardless.

I want to make the rules and regulations for how I am defined and what people think of me without preconceived or subconscious notions. I want to be happy and at peace. 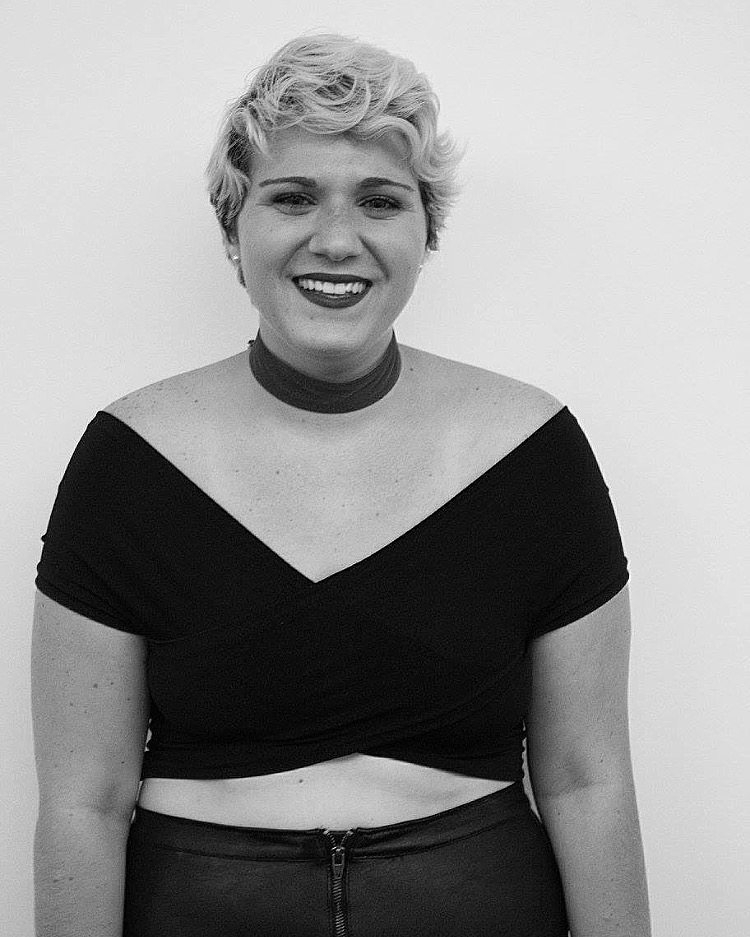