Why you should vote, even if you hate all the candidates

It’s a privilege you shouldn’t take for granted

With November quickly approaching, and the primaries coming to a close, it will soon be time to cast a vote for the man or woman who might become next president of the United States.

At this point, most Americans have educated themselves at the most basic level about the candidates: Donald Trump is the Presumptive Republican Nominee who loves walls and hates pretty much everything else, Bernie Sanders is the in-house underdog who deplores the corrupt government and rigged economy, and Hillary Clinton is the woman who despite her poor email choices and alarming lack of support from young women still appears to be the Democratic frontrunner.

Although the California primaries could possibly sway the Democrat nomination away from Clinton and to Sanders, it seems most likely that Hillary will secure the nomination come June, leaving you to decide between Clinton and Trump. 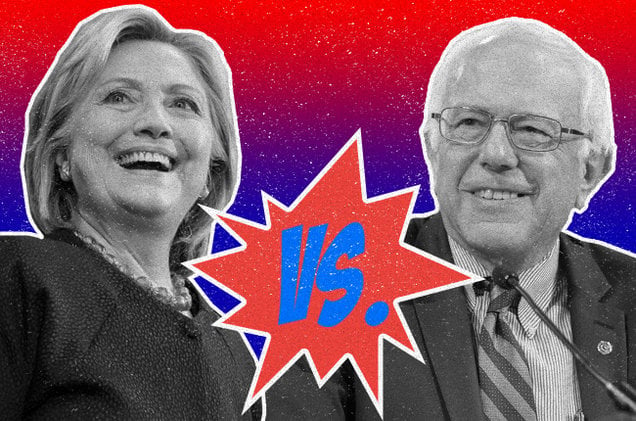 Unfortunately, with the presumptive nominees becoming clear, the phrase, “I’m just not going to vote,” is starting to become a refrain sung by many people who feel that the options presented to them are that of a lose-lose situation.

In a democratic society, your vote is your voice. By choosing not to vote, you are forgoing your right to be heard and to make a difference in the election. The ability to vote is more than just the ability to choose who you would like to be the next president: it is your ability to hold elected officials responsible for their actions and choices, and to make your voice heard regarding important issues that cover much more than just the presidency.

The ability to vote is what makes America great; although it feels as if the claim is made every four years, this year’s elections is one of the most important to take place in our lifetime because the choices made by the next president will outlive him or her and have real, lasting effects on our government.

By now you are aware that Supreme Court Justice Antonin Scalia has passed away, and that his seat will not be filled by President Obama — instead, the next president of the United States will appoint his replacement. What you might not know, is that there are two other octogenarian justices, Ruth Bader Ginsberg and Anthony Kennedy, and one justice in his late 70s, Stephen Breyer. It is possible that whomever secures the 2016 presidency will be the first president since Nixon to appoint four justices. The opportunity to appoint four of nine Supreme Court Justices offers the next president the ability to drastically shift the balance of power from what is currently a fairly conservative court to a more liberal one.

The judges that are appointed serve a lifetime, meaning they serve until they choose to retire, until they pass away, or until they are impeached (which has only happened once) — making the ability to appoint seats a decision of longevity. Future justices will likely deal with cases regarding abortion, campaign finance, same-sex marriage, and voting rights. Whoever is elected as president will have the ability to choose the justices who will make decisions for America for a very long time.

Better known as Obamacare and unlikely to withstand the test of time if a Republican becomes president. In fact, Donald Trump has already stated that if elected, he will “ask Congress to immediately deliver a full repeal of Obamacare.“ By the time the next president takes office, it is estimated that some 40 million Americans will be covered by the Affordable Care Act, and the decision to maintain Obamacare or to either repeal it or possibly take it to the state level will be left in his or her hands.

The United States produces the second most greenhouse gas emissions in the world, second only to China. During the Obama administration, he worked with the EPA (Environmental Protection Agency) to implement an energy initiative that would restrict greenhouse gas emissions from large power plants, effectively lowering the amount of pollution put out into our atmosphere. The Clean Air Act, is currently being challenged by some states, and if rejected, the next President will have the opportunity to rewrite the initiative or scrap it altogether.

It is likely that unless the next president feels that global warming is a real, genuine threat, he or she will not take steps to meet our goals to reduce emissions. Donald Trump would surely take the latter approach, considering he believes global warming to be an elaborate hoax “created by and for the Chinese in order to make U.S. manufacturing non-competitive.” 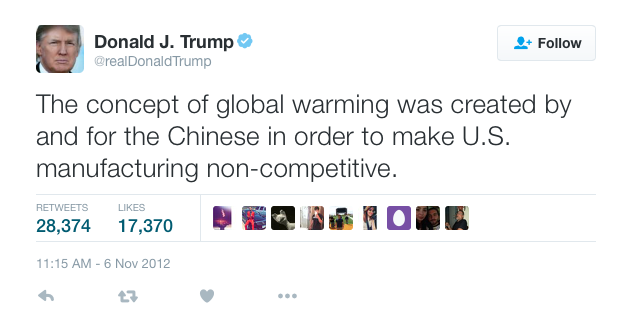 Maintaining Changes Made by Obama

Obama’s presidency has come with many changes — the big ones include gay marriage, universal health care, and the Iran deal. The small ones include changes made to gun-safety, raising minimum wage within the federal government to $10.10, and equal rights for LGBTQ people in the federal workplace. The next president will once again have the ability to maintain or fight to repeal the decisions made by Obama.

If you find yourself thinking that the options are so bad that you’re “just not going to vote,” reconsider the impact this election could have on our country’s future. Figure out who you align with the most, not on a personal level, but a political one – because it is likely that his or her viewpoint will be reverberated throughout our government for the years beyond their presidency.