I tried going vegan for a week

If you have ever had a vegan friend, you probably knew they were vegan because they told you and then proceeded to talk about their “lifestyle change” on end until the meal was done. For so long society has listened to the vegans go on and on about how much the change impacted their lives. I couldn’t help but sit back and want so badly to tell them to shut up. I have been a vegetarian for seven years and have never felt the need to bring it up in every or any conversation I ever have with people. 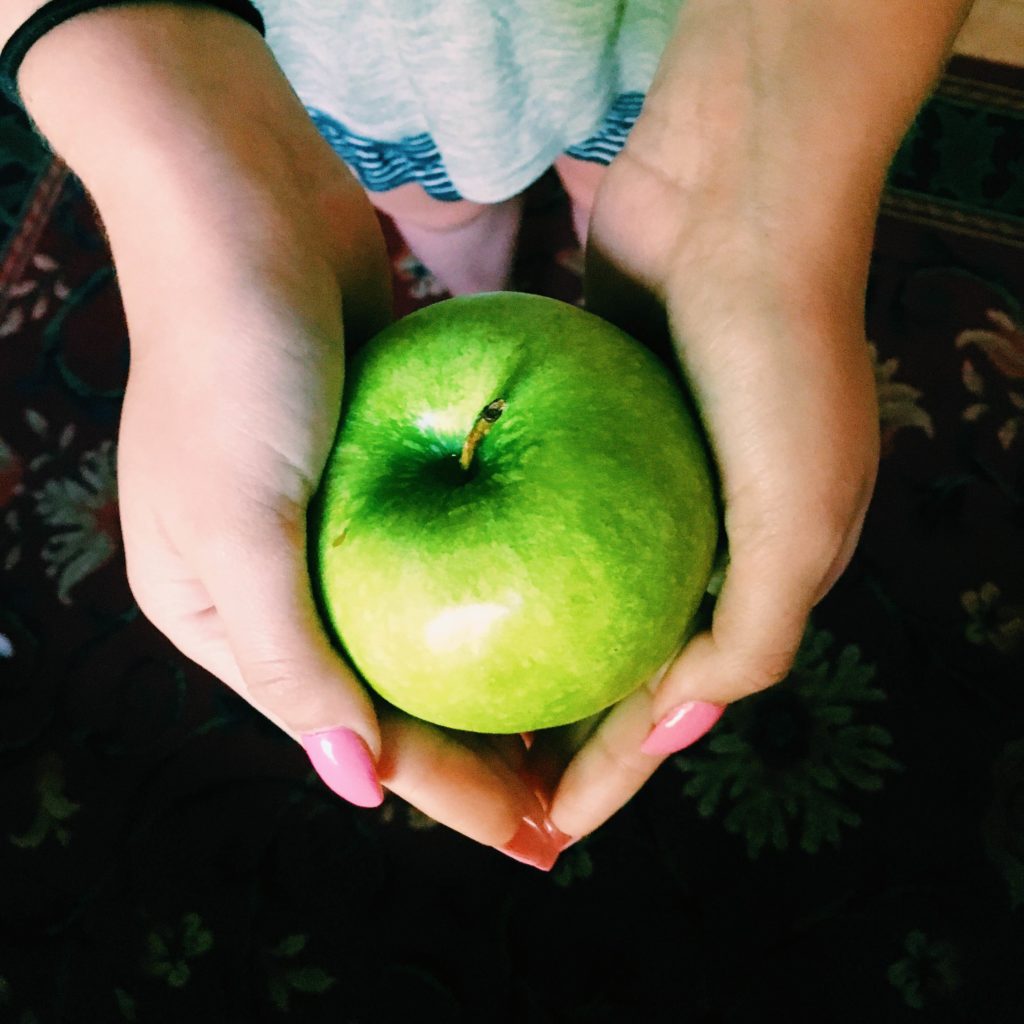 If Carrie Underwood, Natalie Portman, and Ellen DeGeneres could eat like this everyday, why is it such a big deal? So this got me thinking, it must be a daily struggle and take unbelievable willpower if it is something they can wear on their arm as a badge of honor. It didn’t seem that hard of a challenge. I already didn’t eat meat and was looking for some way to start a healthier lifestyle. And that is why I decided to try to go vegan for one week. Spoiler alert: I only lasted four days. 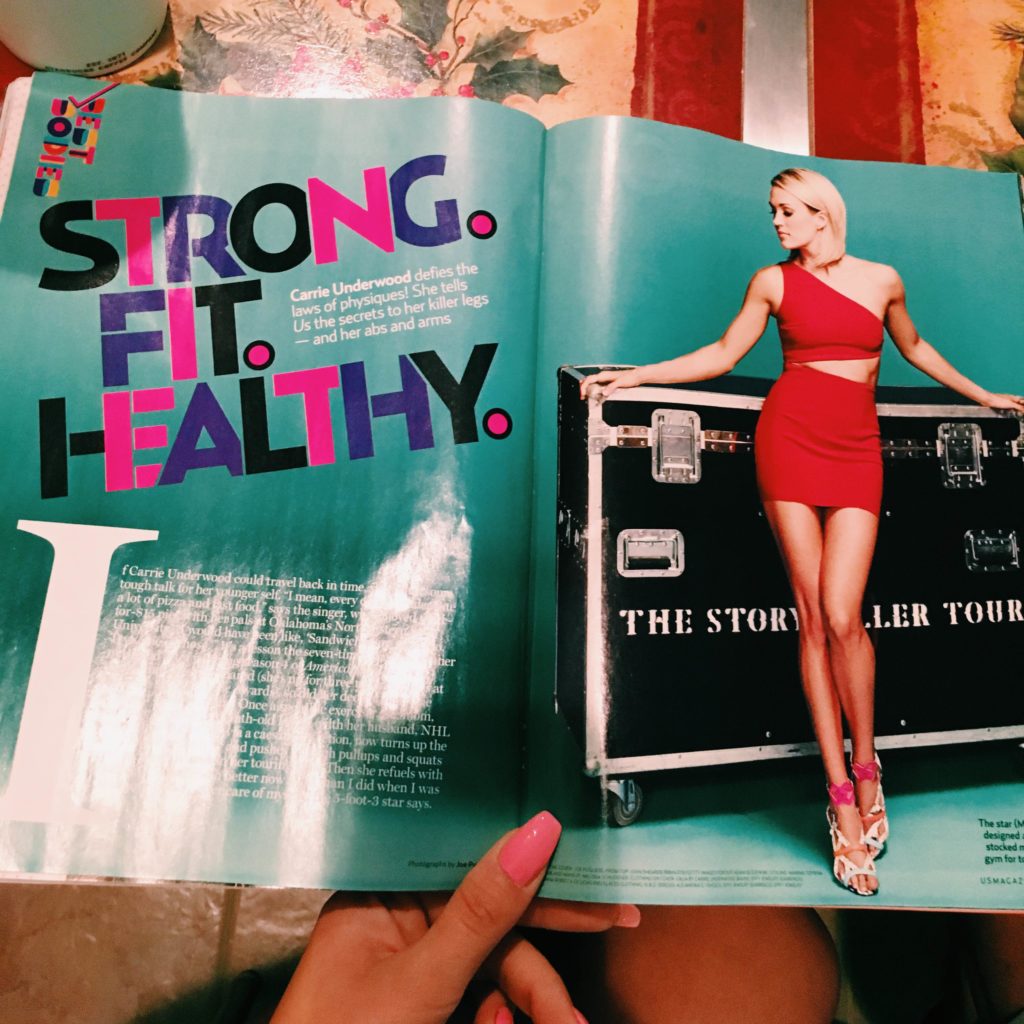 Carrie Underwood in US Weekly talking about veganism

To even begin with this experiment, I had to do a lot of research. I knew that if a product had to be labeled “VEGAN” for people to see, this must mean that most of the food I ate on a daily basis was not vegan. And I was horribly, horribly surprised at how true that was. I knew going into the week that I wouldn’t be able to eat eggs or my daily yogurt or – and the hardest challenge for me – any form of cheese, but I wasn’t aware that basically everything I consumed had either milk or eggs in it.

I couldn’t eat normal bread, basically any type of candy, I had to bring black coffee, and the list of exceptions went on and on. Did you know that fast food restaurants cook almost everything in animal lard? Well, now you do. I just kept telling myself it was only one week, and some people do this every single day. I would just have to make accommodations, so I headed off to the grocery store to see what they had to offer. 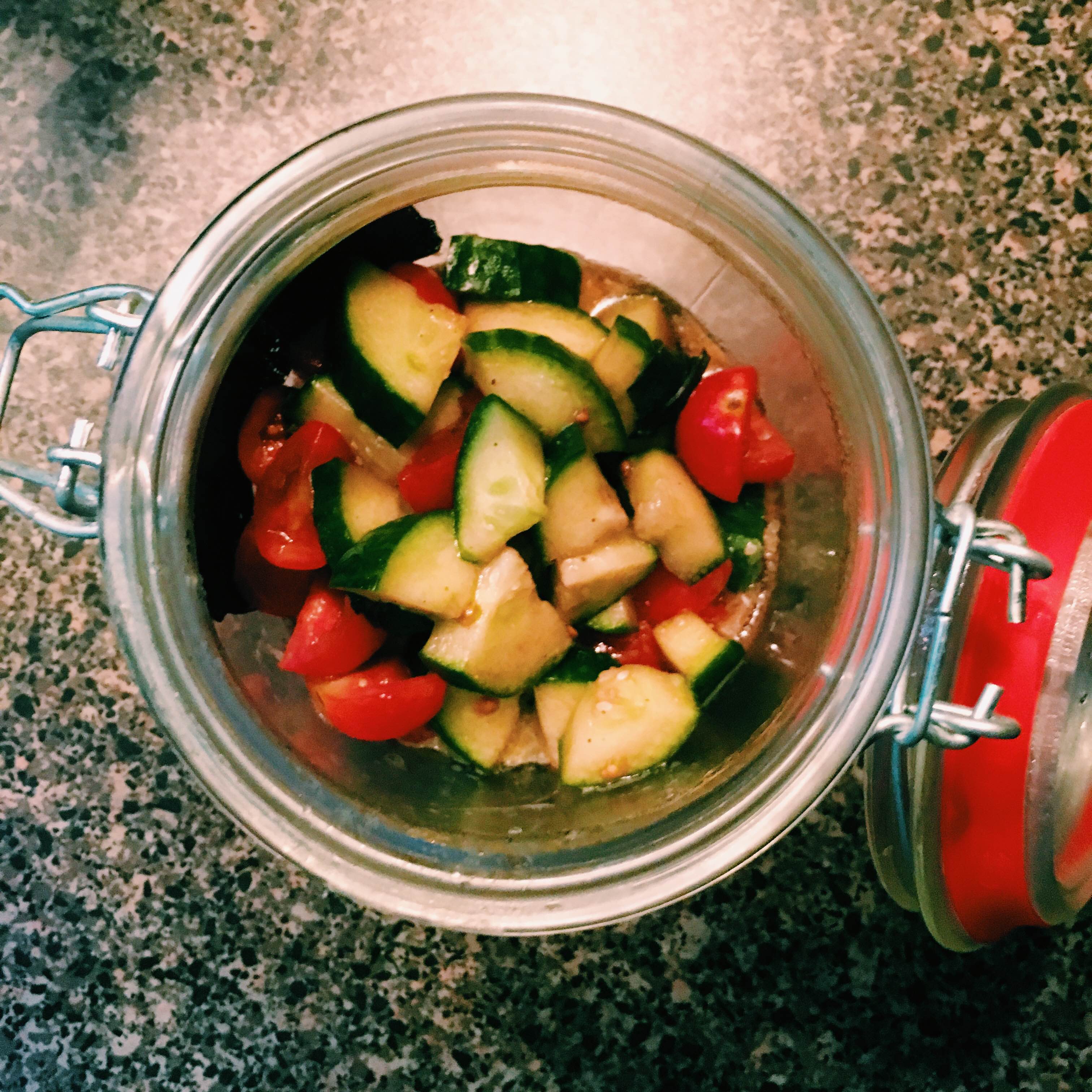 Cucumber and tomato salad with balsamic and olive oil.

At the grocery store in my hometown, there is luckily enough an entire vegan section and it had pretty much everything I could have needed. There were vegan versions of every type of food you could think of: vegan meats, vegan milk, vegan cheeses, vegan breads, vegan candies. Literally everything. But remember, just because they had it all didn’t mean it was going to taste anything like what it was supposed to. But I decided to go all out. One week, I could do it. When I got to the register my normal groceries that tend to be around $60 every two weeks, ended up being over $90 for the week. Hot damn. I guess it costs to have the right to say you went vegan. 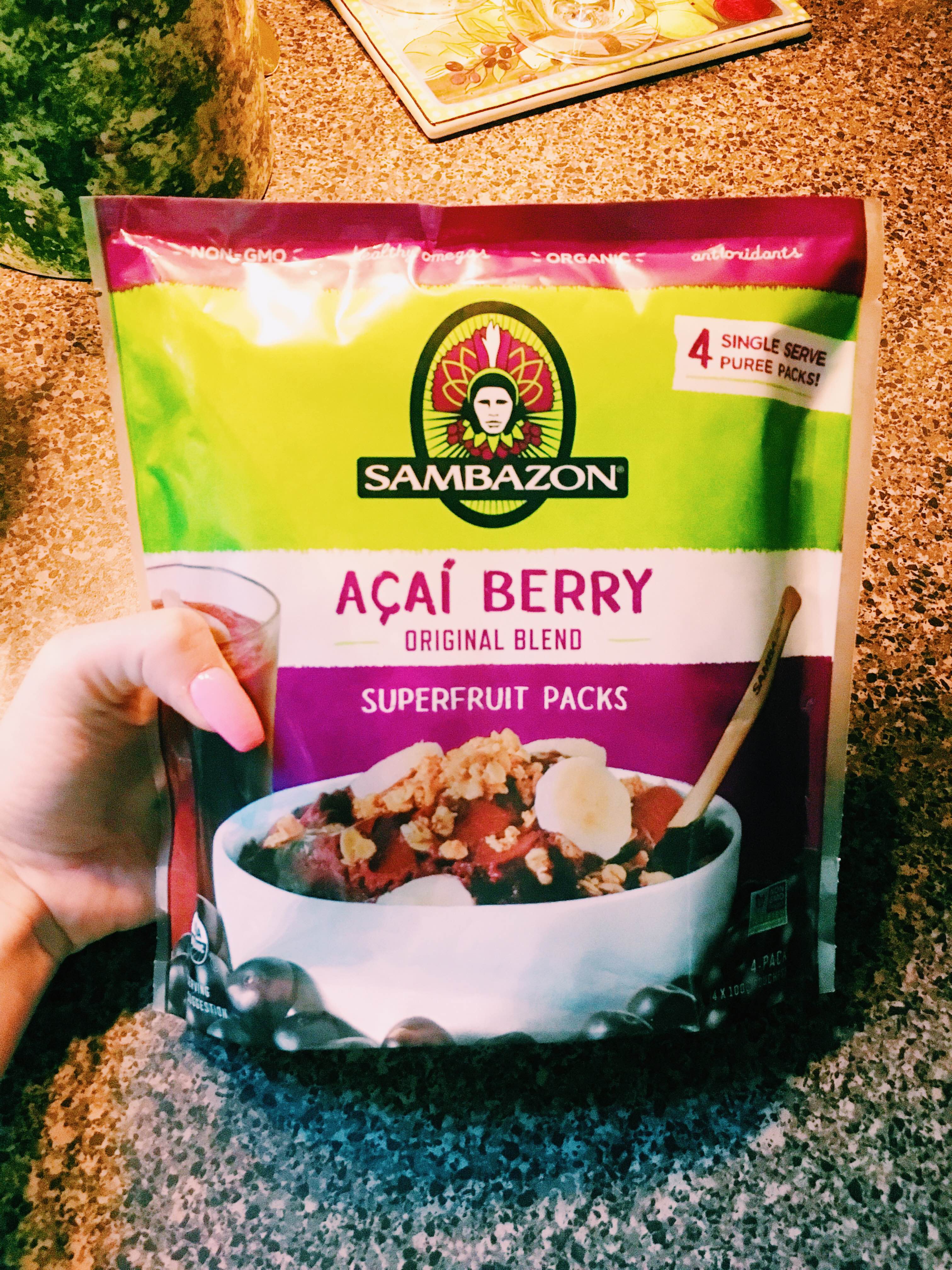 Acai berry mix that can be topped with all different types of fruit and nuts.

I wouldn’t consider myself to be much of a cook. I tend to eat out way more frequently than I cook for myself, but that didn’t seem like much of an option when it came to this particular diet. So I did what any 22-year-old girl would do in my situation: I turned to Instagram for its wisdom and guidance. Instagram is full of beautifully posed food pictures where the girls who run the accounts are kind enough to give the recipes for their meals.

The recipes varied from sweet potato rice bowls, to teriyaki tofu, to chickpea and hummus wraps. My personal favorite meal I made for the week (pictured below) was a very simple rice bowl with beans. It was filling and delicious. It is safe to say, however, that not all my meals made me feel that way. 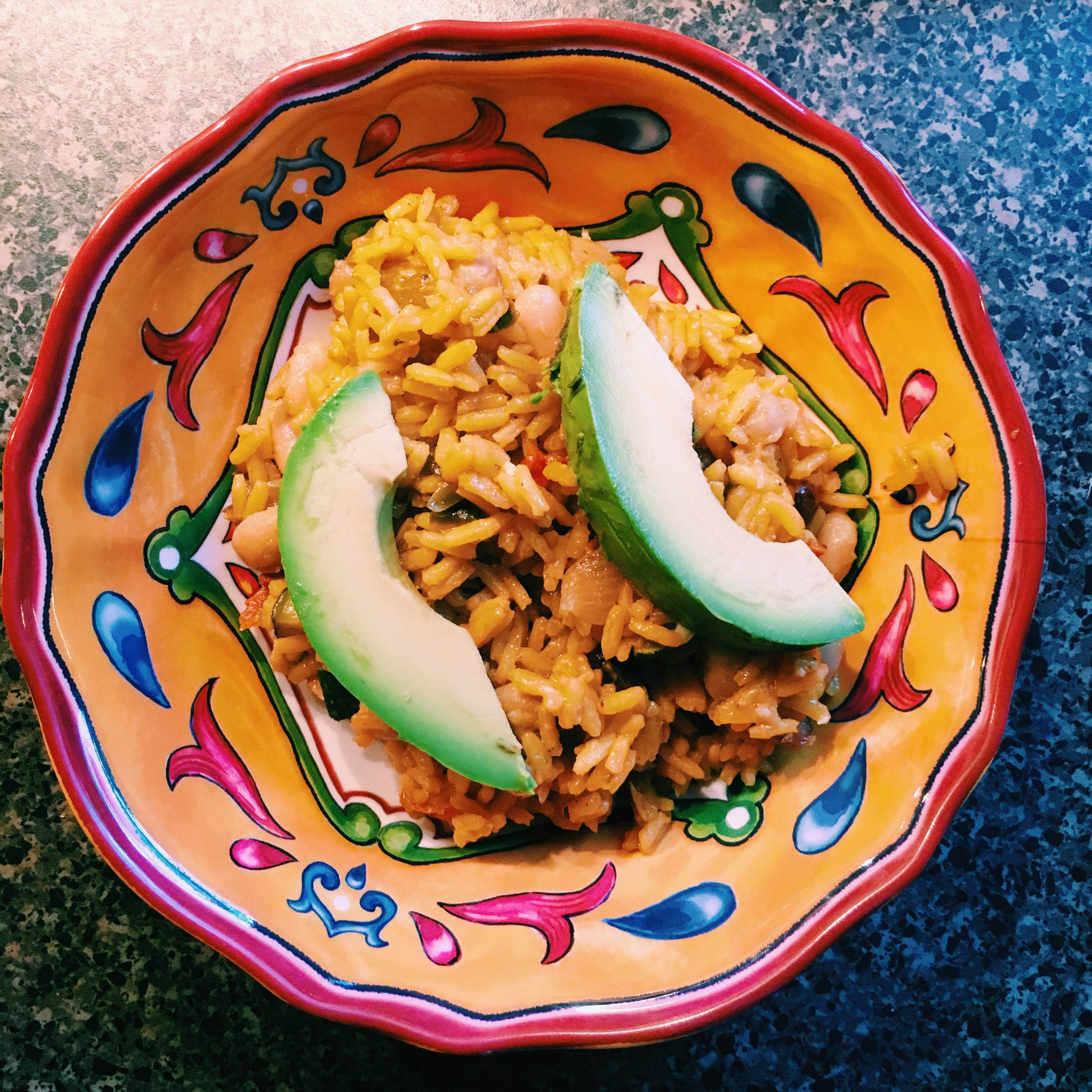 Much like it would feel if I was on a crash diet, I never felt fully satisfied. Maybe it was just because I wasn’t used to eating that healthy, exchanging vegetables for carbs and cheese, but after my fully prepared vegan meal, I couldn’t help but constantly feel hungry. When I would run out of ideas for meals or didn’t have the right supplies to make a recipe I found online, I would turn to eating raw vegetables or fruits for my snacks which evidently don’t sit well in one’s stomach when eaten too frequently.

Two days into my week long trek, I found I had lost a lot of my energy but I overall felt like I was losing weight. Who knew eating healthy could be the success to losing weight? Because it is almost impossible to eat any form of processed foods when going vegan, the temptations to eat junk really became an impossibility. 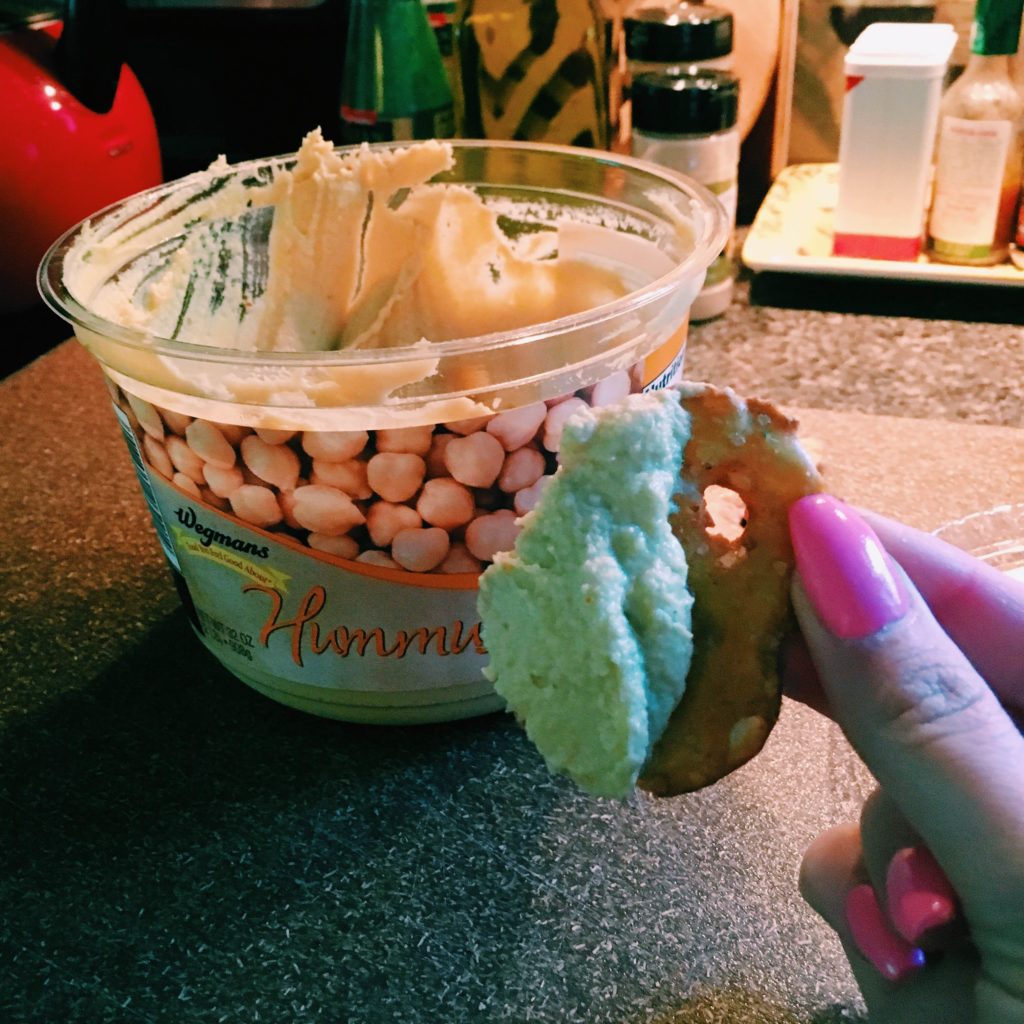 Vegan pretzels with God’s gift to the world: hummus.

The biggest challenge, however, was when I was asked to go out to dinner. As I got the menu I was in complete shock and confusion. There were plenty of vegetarian options, which is what I had been used to, but for the vegan choices they were unbelievably scarce. I had to be the annoying girl at the table who had to ask the waiter what was in the dressing for the salad, and make sure they didn’t top the salad with cheese like they normally do. I ended up with a few leaves of lettuce and a chopped tomato, which compared to everyone else’s delicious looking meals was rather upsetting. It suddenly made sense to me why vegans felt the need to establish themselves when they were out to dinner – because otherwise they would have looked like the craziest people on the planet demanding to know what was in every bite of their food.

The next day when I was asked to go out to dinner and a movie, I opted out of the dinner – making myself a bean dish at home before the movie – simply to avoid the chaos and panic that went into ordering at a restaurant. 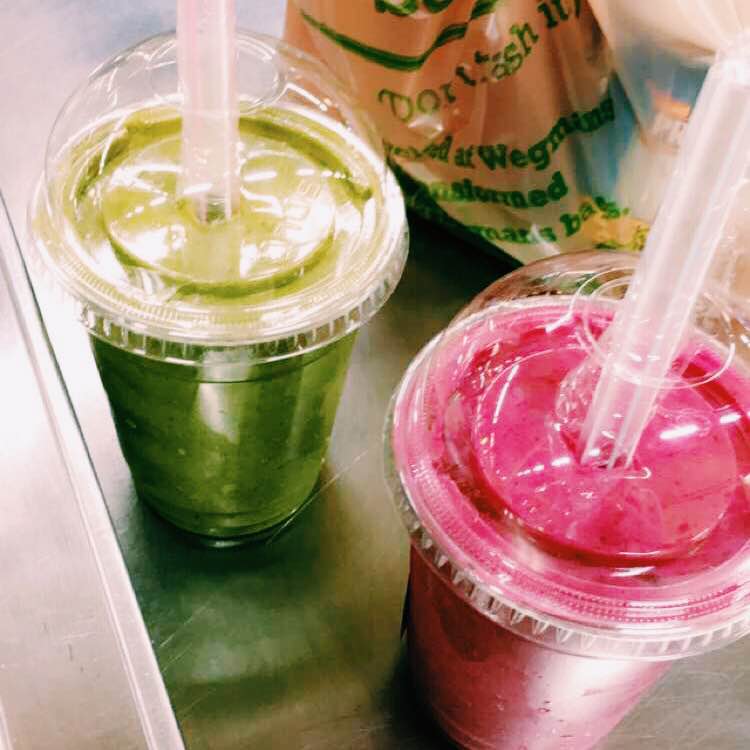 Unlike those who are stronger than me, four days into the week I accidentally ate an egg and cheese sandwich without even realizing what I was doing. Classic. What I learned from this experience is that when vegans talk about how they are vegans, they deserve to do so. Not only did I fail miserably at my experience by not even making it a full week without having slip-ups, but there is no way that I could have kept it up for another day. I did feel healthier by the end of the week and definitely more comfortable when it came to deciding what to eat from here on out.

It’s definitely a healthy lifestyle that works for some people, and I am glad I tested it out so I now take more notice what I am choosing to eat. It takes a special person to fully commit to veganism and I am simply not one of them. 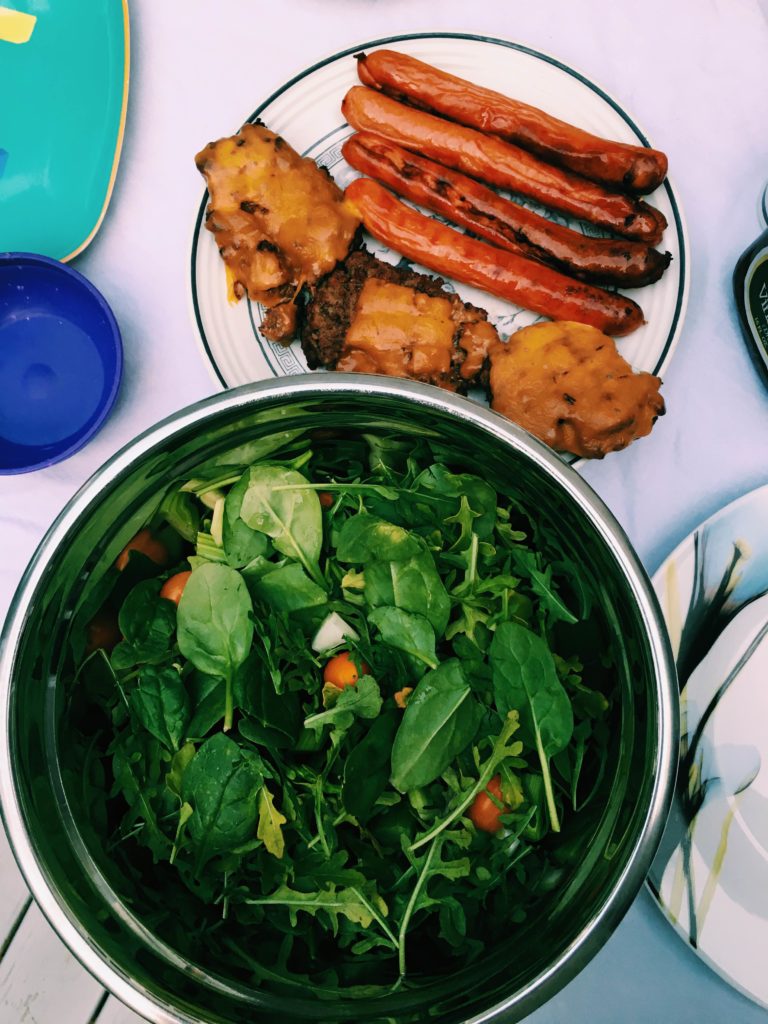 Pictured above is my dinner vs. my family’s dinner at our cookout. Can you guess which one was mine?