Everything you’ll wish you knew before studying abroad

Bring medicine from home and hold off on the hair straightener

Now, more than ever, students are choosing to study abroad through college programs. While it seems like an experience of a lifetime (and it definitely is), making the decision to study in an unfamiliar country can be very intimidating and scary. If you thought you were living on your own at college just a few hours away from home, now imagine being across the world.

Well, we’ve got it covered here for you. I asked five of my friends who studied abroad in four different places to tell me the biggest things they wish they knew, brought, experienced, etc. While some of their suggestions cover the basics of studying abroad, others may come as a surprise to you!

Blend in with the locals as much as possible

You can stay with other international students and only go to American clubs/bars, but you’re in another country! Athena suggested that the more you blend in with the locals, the better your experience will be. This includes speaking English quietly while in a foreign non-English speaking country so you don’t stick out like an obnoxious tourist and speaking to locals about culture.

“You’ll learn way more through the locals,” Athena said. “Europeans are much more open to discussing schools, government, politics and the economy than Americans. You’ll be surprised at what you’ll learn, but you only get out what you put in.” 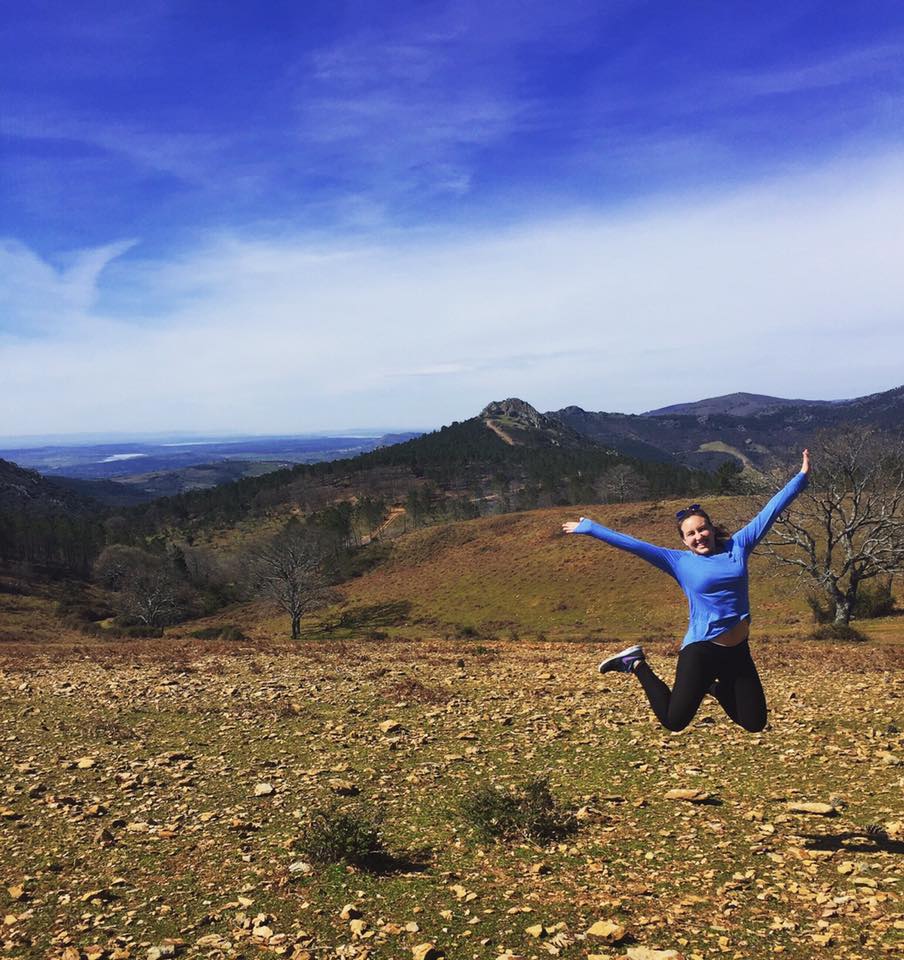 Athena while studying abroad in Spain

Missed trains/buses, language barriers, incorrect food orders/directions, and getting lost are just some examples of potential things going wrong in a new country. Embrace the differences, keep an open mind, and don’t let the small stuff ruin your experience.

“My friends and I got lost in Rome, but we didn’t have any data or WiFi on our phones,” Athena said. “We had to find a map and walk the streets at night in the rain. The ink was running on the map because it was wet and we couldn’t read street names, but we made it!” 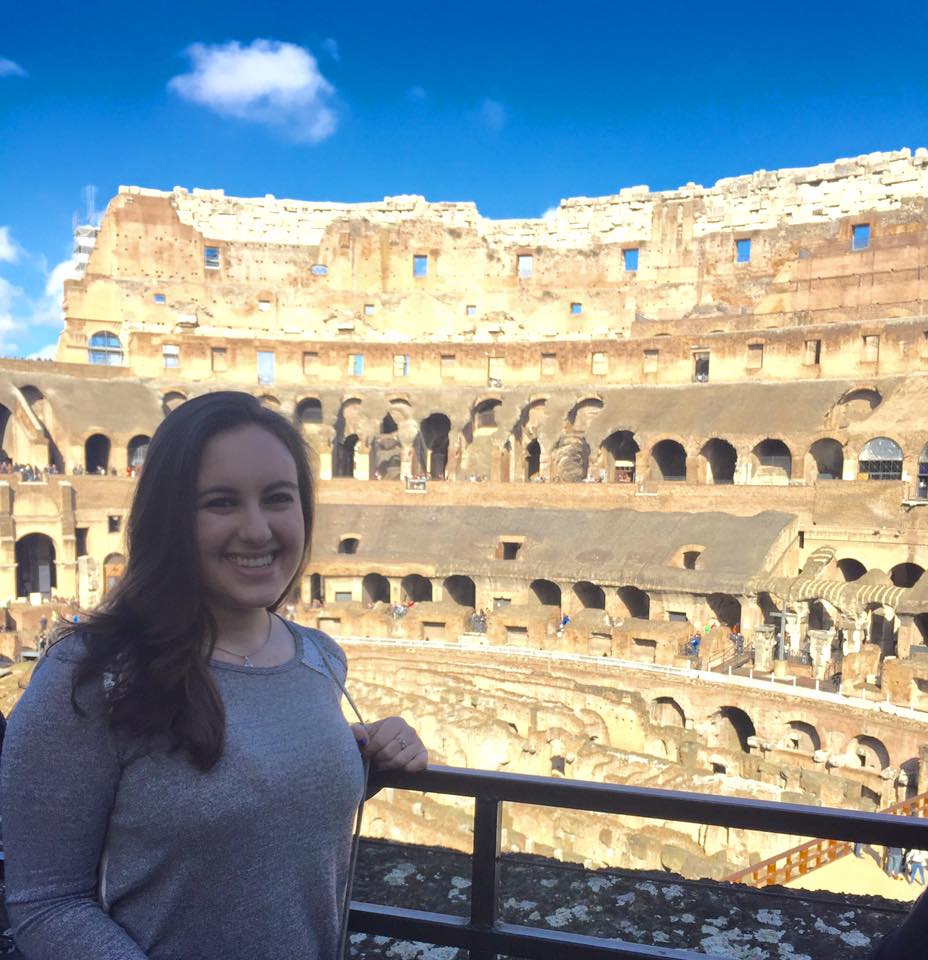 Athena at the Coliseum in Rome

Use your student ID and visa as much as possible

There are tons of discounts and free admissions to museums and sightseeing locations, amongst several others, for students. Before you head to a new country, look into the places where you can utilize your student ID/visa and take advantage of it. Anywhere you can save money, you’ll certainly want to. 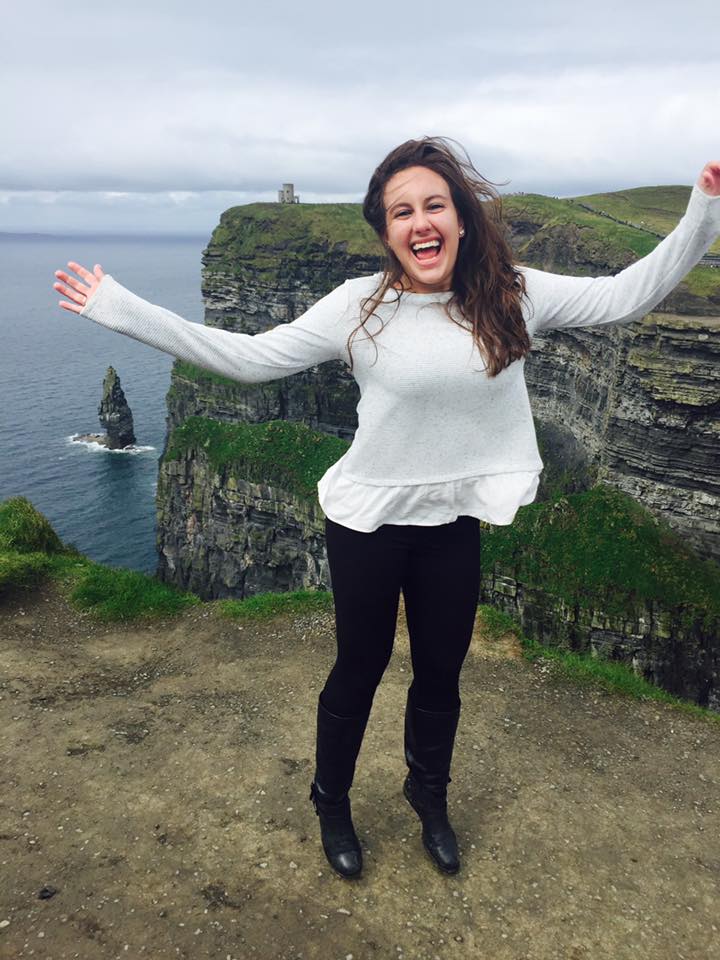 Be careful and keep your stuff nearby

Europe is a hotbed for pick-pocketers. While this may seem like common knowledge, make sure you don’t wear lots of jewelry or carry a lot of money on you. You’ll also want to make copies of your license, passport and credit cards. If you can, get a satchel that has a zipper instead of a button, so it’s a little harder to open or sneak into. Protect your belongings so you’re not stuck in Europe phone-less or money-less!

Something many people may not know is that finding medicines such as Advil, Airborne, Tylenol, cough drops, DayQuil, and NyQuil, are sometimes difficult to find. While they do have local medicines, Athena suggests you’re better off bringing your own.

“Communication makes it difficult and some of the medicines don’t work the same,” she said. “If you know you’ll need some of those, bring them with you because you won’t be able to find them in Spain.”

Many people are unaware of the fact that the voltage in other countries is a lot stronger than in America. According to Kayla, our hair products don’t adjust well to the voltage difference, so you may end up burning your hair or simply breaking your straightener/curler/blow-dryer. If you know you’re going to need one of these items, save some space in your luggage and just purchase them in the new country. 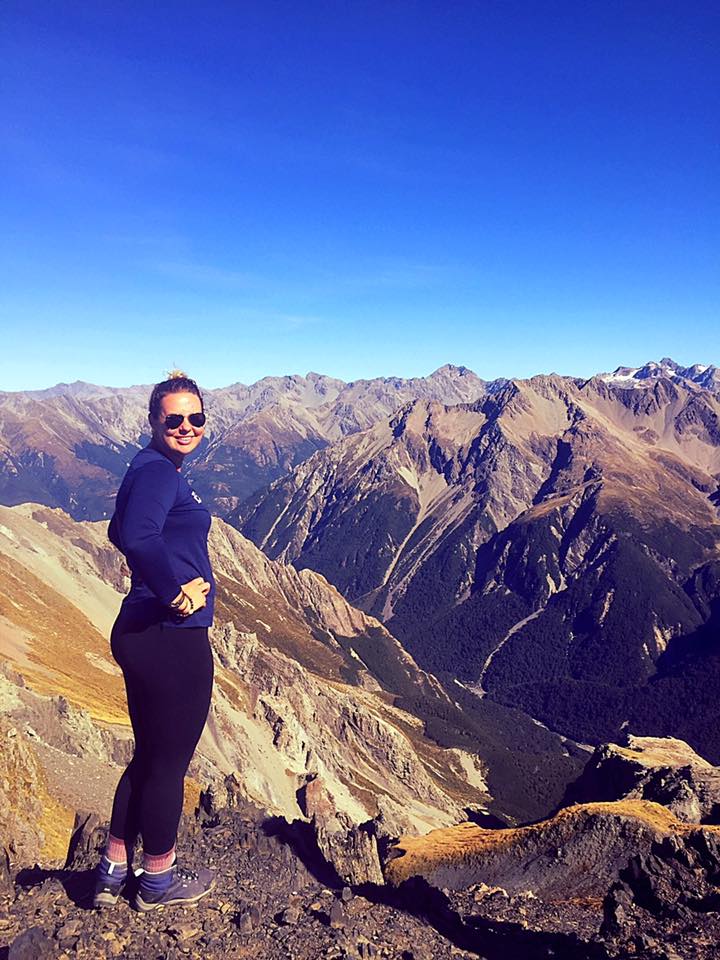 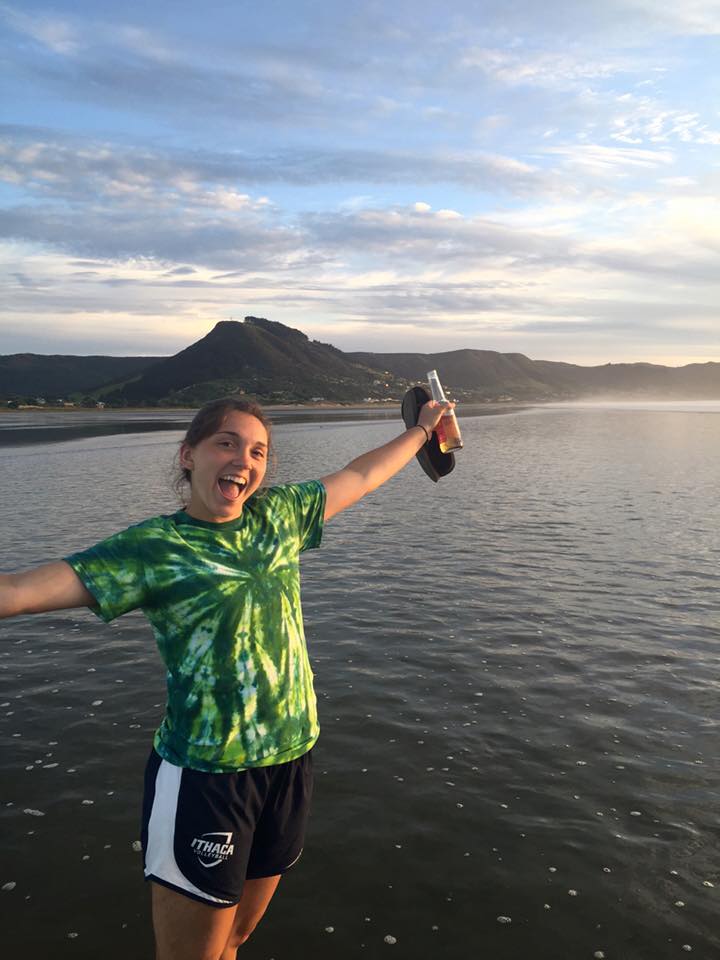 Choose a location to study where only your credits transfer

While it is called STUDY abroad, you do want to keep in mind that you’re also in an exotic, new country and you want to take in as much as possible. Classes are meant to educate you during your time there, not stress you out. If you’re able to go somewhere where only your credits transfer, not your grades, you’ll save yourself a little bit of stress in the long run. You’re not going to remember the A you got on a test, but you’ll definitely remember the time you went bungee jumping in New Zealand! 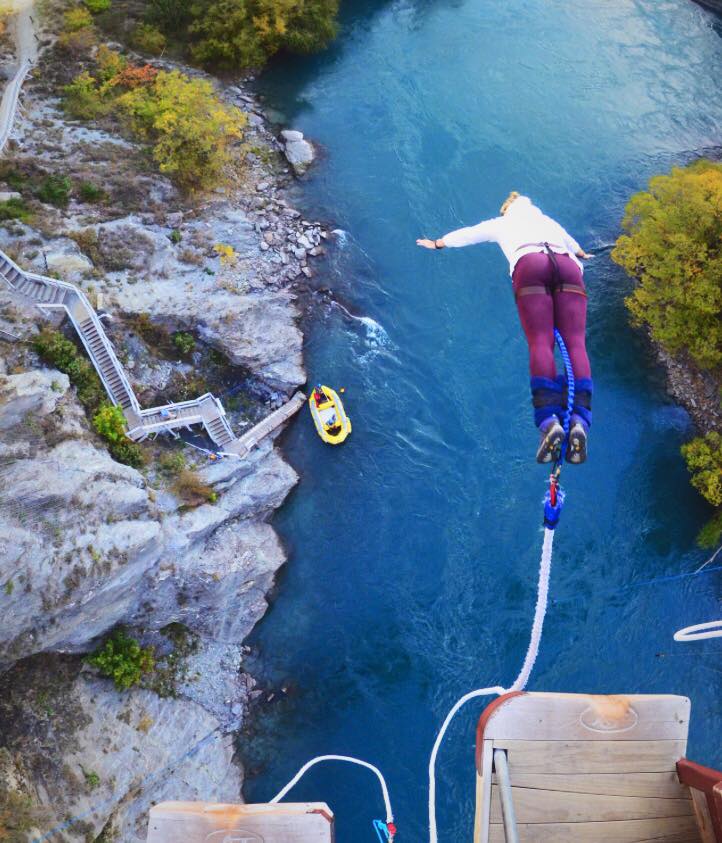 While packing, less is more!

Four months is a long time and packing for unpredictable weather is no easy task. Because of this, it’s easy to want to pack every single item in your closet—but refrain! Take your necessities, but remember that laundry exists and you’ll be surprised at how much you start to accumulate from traveling. 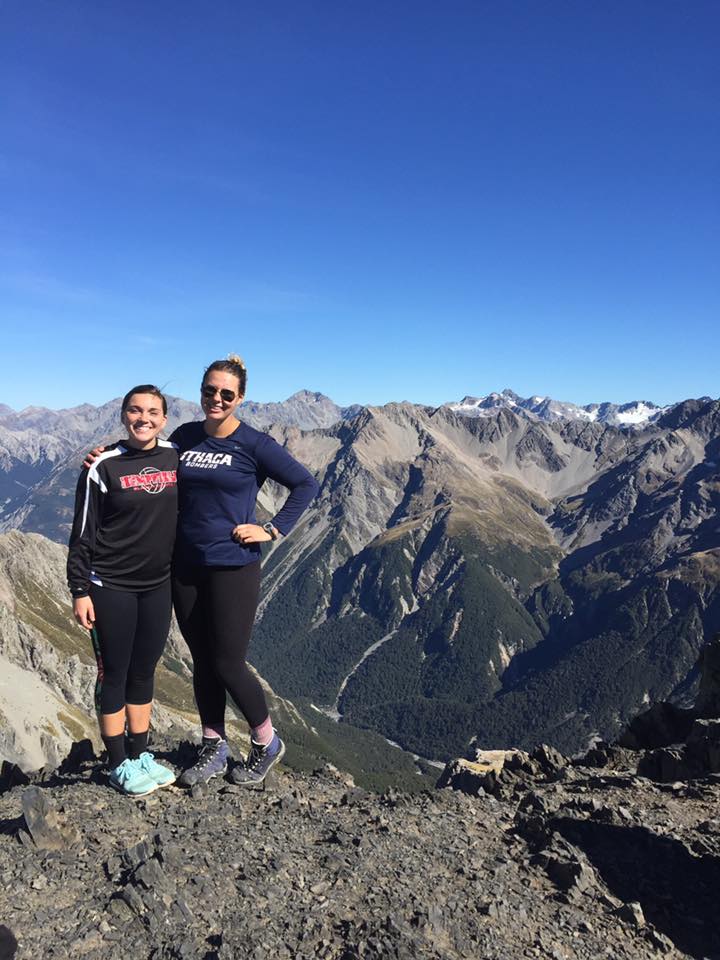 Learn how to cook to save money

The more money you can save, the better. Before you leave, learn how to cook your home favorites so you can save money, stay healthy and ward off a bit of the homesickness you’ll inevitably feel. Eating healthy whenever you can is key because let’s be honest, nobody wants to be that person who went abroad and came back fat. If you’re lucky enough to have a host family during your travels, this probably won’t apply to you, but if you’re living on your own, embrace your inner chef and don’t be afraid to look into local recipes, as well.

Research the culture before departing

Learning about the culture you’ll be living in is wise so you know what to expect and what’s considered the cultural norm, which includes always covering your legs in Tanzania. However, Casey wished that she had researched more about Tanzania’s culture before arriving because she wasn’t mentally prepared for the poverty she was going to see.

“Kids don’t go to school there because they have to stay home and help farm,” she said. “They walk ten miles just to get a gallon of dirty Malaria-infested waters. I felt so guilty going to clinics and carrying a water bottle around with me.”

She was surprised at how she began to think differently of the true definition of poverty and the privilege we hold as Americans. Researching the country and area beforehand will help lessen the culture shock you’ll probably experience and mentally prepare you for what you’re about to be immersed in. 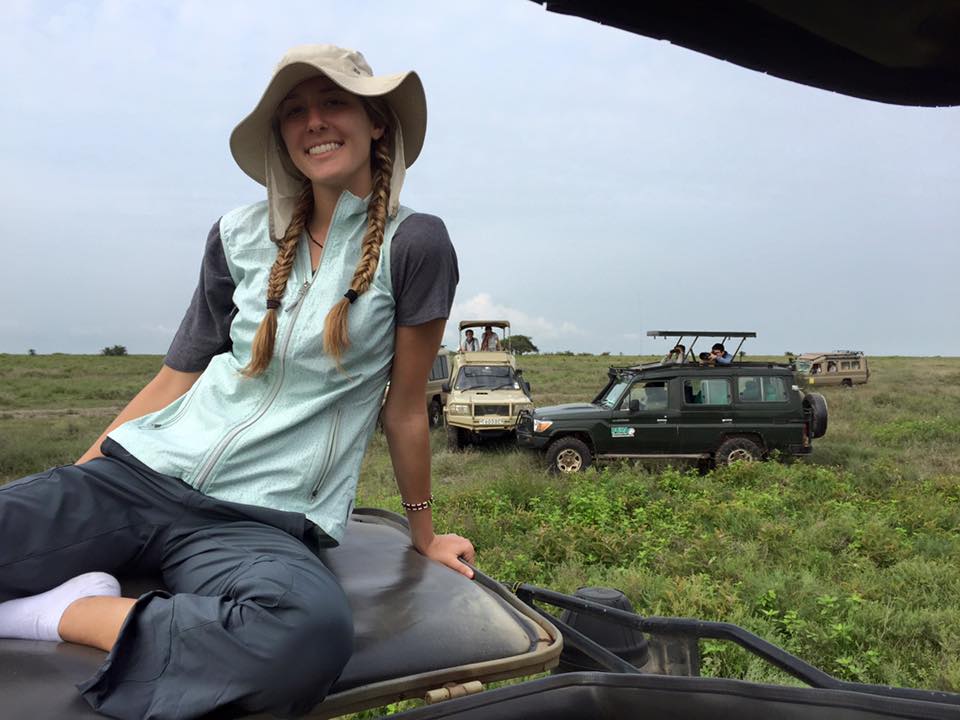 Casey on an African safari

Bring a journal to write in

This is rather self-explanatory. They say pictures are worth a thousand words, but sometimes it’s worth taking those few extra minutes to jot down what you did and felt during your trip. You’ll thank yourself when you’re looking back years from that day.

Adjust your sleep cycle about a week prior to your trip

If you’re leaving the country, you’re bound to face some type of jet lag while traveling. Some destinations aren’t too bad, only ahead by six hours, but some are 12-18 hours ahead.

“I couldn’t sleep for an entire week,” Casey said. “If I had adjusted my sleep cycle a week before leaving, that probably would’ve helped ease into the time difference.”

Make the trip for the right reasons

This piece of advice is definitely more specific to a location like Africa. If you’re spending time in another country and a large majority of the trip involves community service, remember that. On this trip, Casey and the group were able to instill some permanent helpful measures, such as water filtration systems to the Tanzanian community. However, Casey said she felt like some people were on the trip for the wrong reasons, such as resume building, boosting self-esteem, and posting “cool” Instagrams.

“A lot of kids on the trip would take pictures of the locals without asking and you could tell a lot of them didn’t really like that,” she said. “Don’t spend time worrying about what picture to Instagram and take in every moment.”

So yes, photos are great, but let’s remember to have common sense about it, take photos when appropriate, and don’t treat human beings suffering in poverty like spectacles. 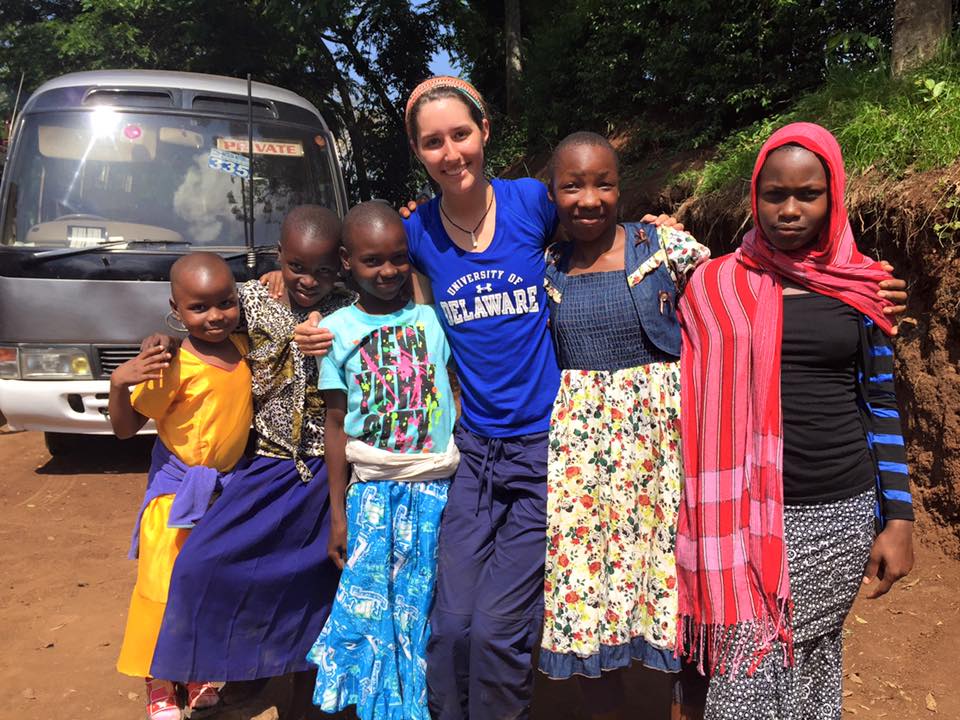 Casey, with some of the local children in Tanzania

Go as many places as you can

Even if you don’t go to a different country every weekend, you can easily go bike riding somewhere new or do homework at a different coffee shop after class. Get out into the town and explore nearby areas!

“You won’t remember the times you spent sleeping, so get out there and do stuff,” she said. “This is the one time in your life you will be able to travel and experience things like this, so take advantage of it!” 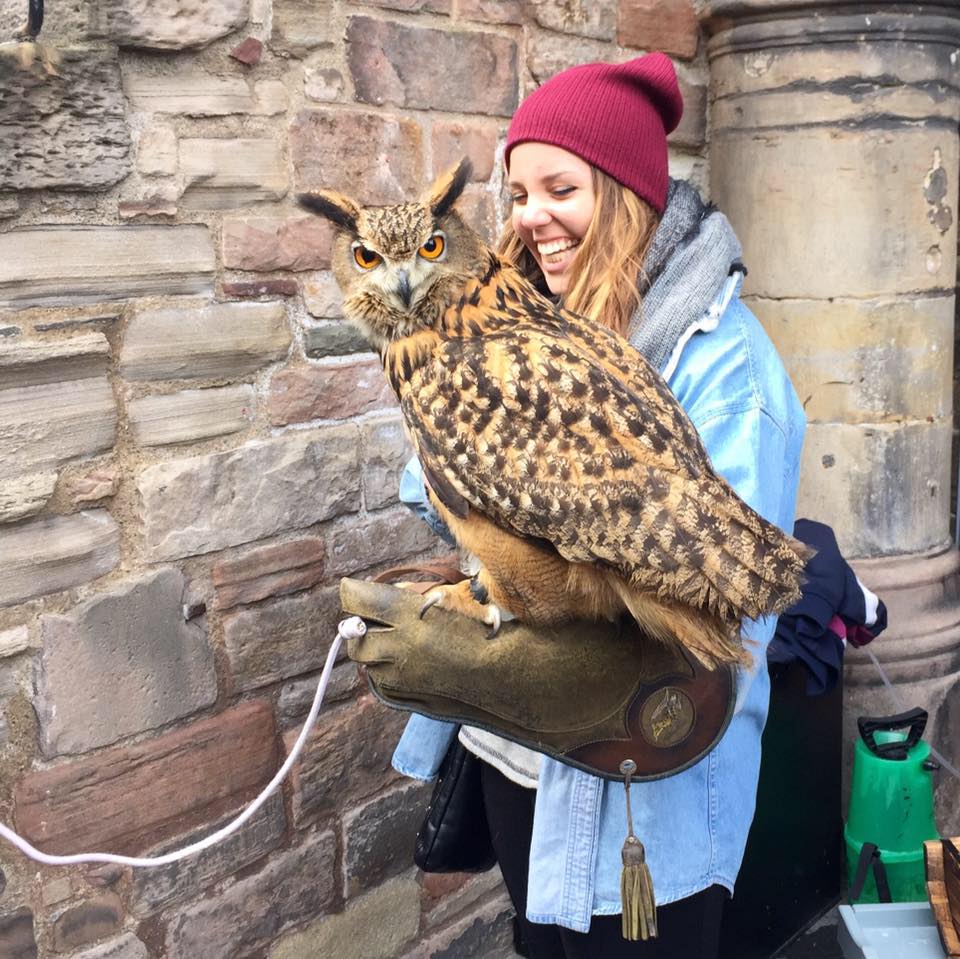 Julia holding an owl while in London 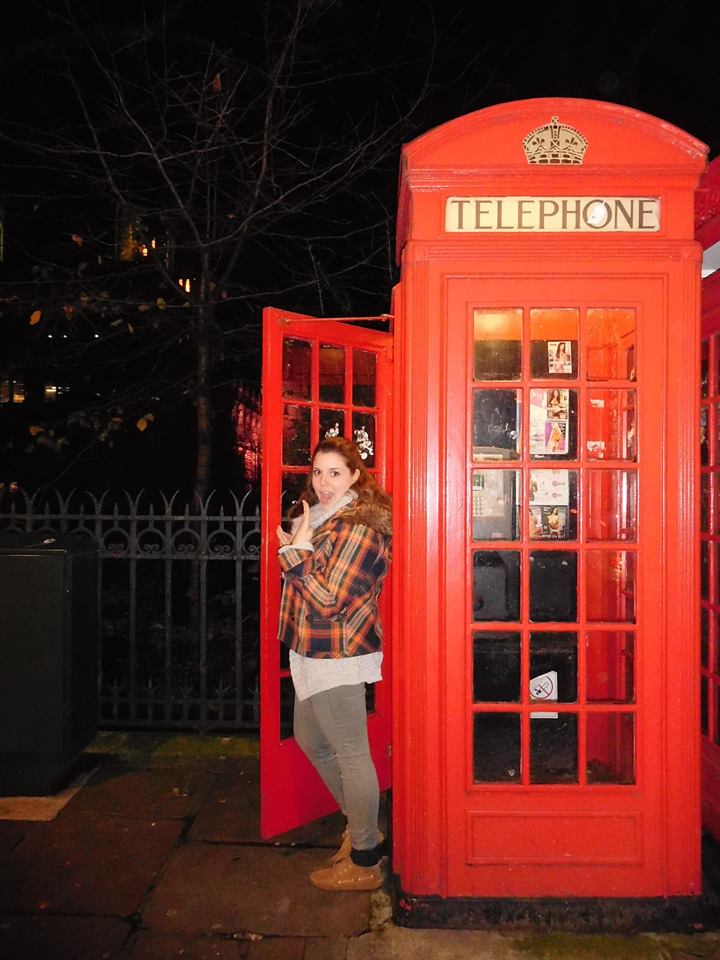 Find friends to live with before you go

Traveling to a new country is scary, so knowing where and whom you’re going to live with makes adjusting to this new lifestyle much easier. For London students, many of them are required to find a flat to live in with a group of people as soon as they arrive. Save yourself some stress and anxiety, and plan ahead. It also helps to have some familiar faces when everything else around you is changing. In addition to that, don’t be afraid to meet up with friends from home who are studying in other places nearby. Julia, my college roommate, met up with Athena, my best friend from home, while they were both studying abroad. Small world? I think so. 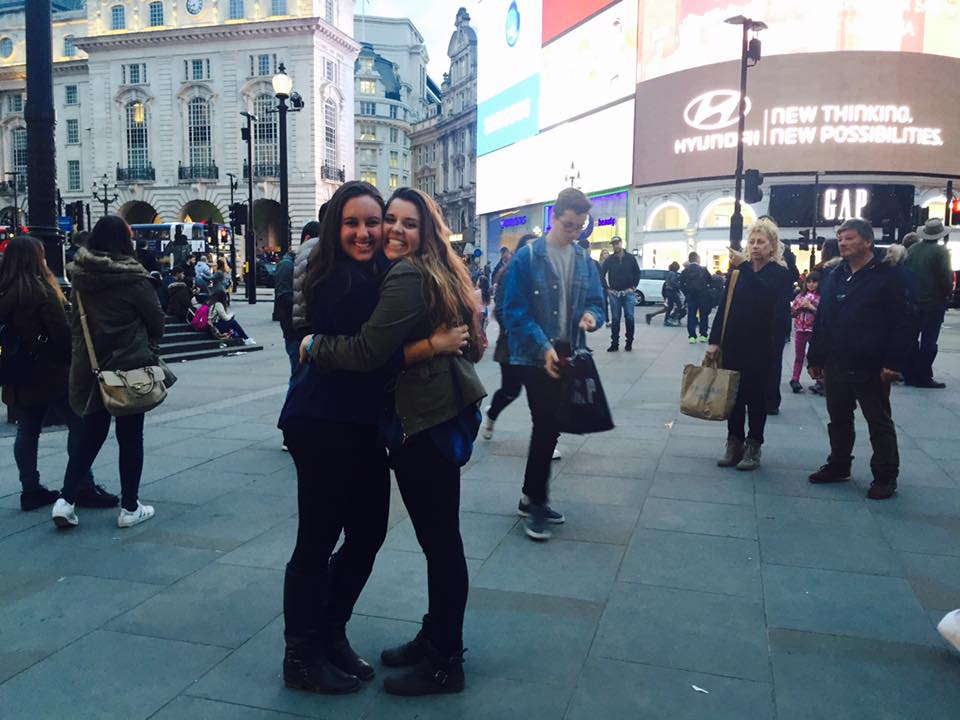 Athena and Julia in London 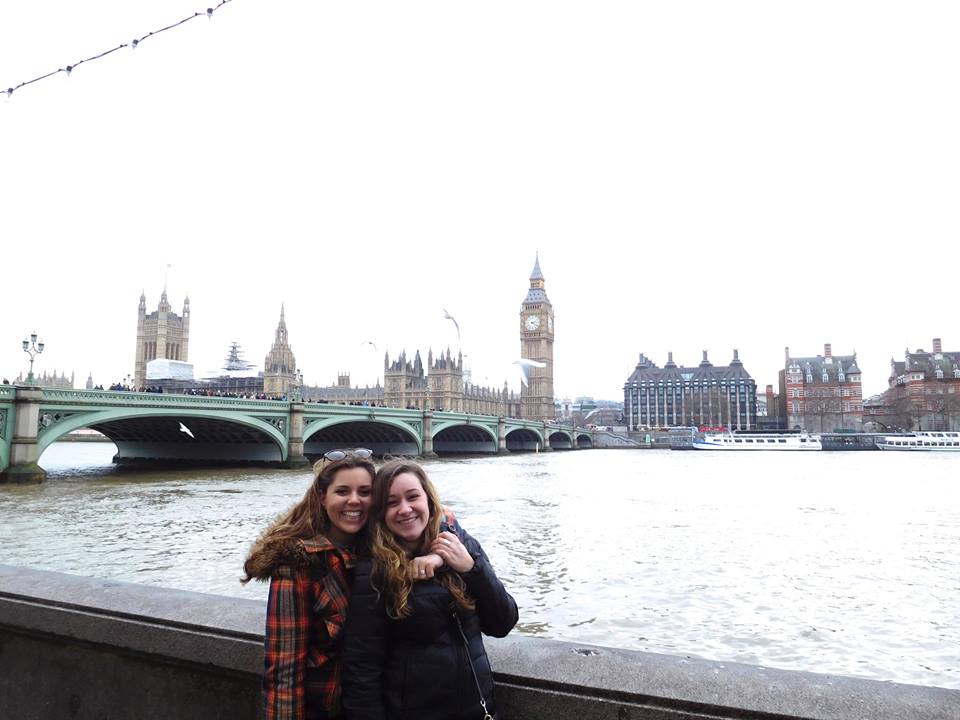 Julia and one of her flatmates, Maddy

Invest in a Sim card and monthly Tube Oyster card

Specific to London travelers, you’ll definitely want to buy a 20-pound Sim card if you don’t have an international phone and a monthly Tube Oyster card. The Sim card will give you have unlimited data and texts for a month so you can keep in touch with family and friends from home. As for the tube, you’ll be utilizing this as one of your main methods of travel and it’s much more efficient to pay for a monthly card than to pay every week.

While some of these are definitely location-specific, make sure you consider all of these helpful hints before you embark on your next study abroad adventure.