Trump and Bernie are actually more similar than you think

Donald Trump and Bernie Sanders are about as different as two candidates could be, right? Well, maybe not. While the two candidates stand on opposite party lines, and have many different ideas on how to run the country, they also have a few significant things in common — so much so that even Trump confused the pair when Mika Brzezinski, co-host of MSNBC’s “Morning Joe,” described a candidate and Trump mistakenly guessed that Brzezinski was describing him.

Brzezinski described a candidate who “is considered a political outsider by all the pundits. He’s tapping into the anger of the voters, delivers a populist message. He believes everyone in the country should have health care, advocates for hedge fund managers to pay higher taxes. He’s drawing thousands of people at his rallies and bringing in a lot of new voters to the political process, and he’s not beholden to any super PAC.” The answer Brzezinski was looking for was Bernie Sanders, but Trump claimed the description for himself — because it fits both candidates, leaving us all to wonder: just how different are Trump and Bernie?

Neither Bernie Sanders nor Donald Trump have relied on funding from Super PACs during their campaigns. Trump claims to be self-funding his campaign, while Bernie Sanders has raked in small donations from millions of Americans. Additionally, both Trump and Bernie have spoken out against lobbyists on Capitol Hill and big money corrupting politics — they have both built a following by promising that they cannot be bought. 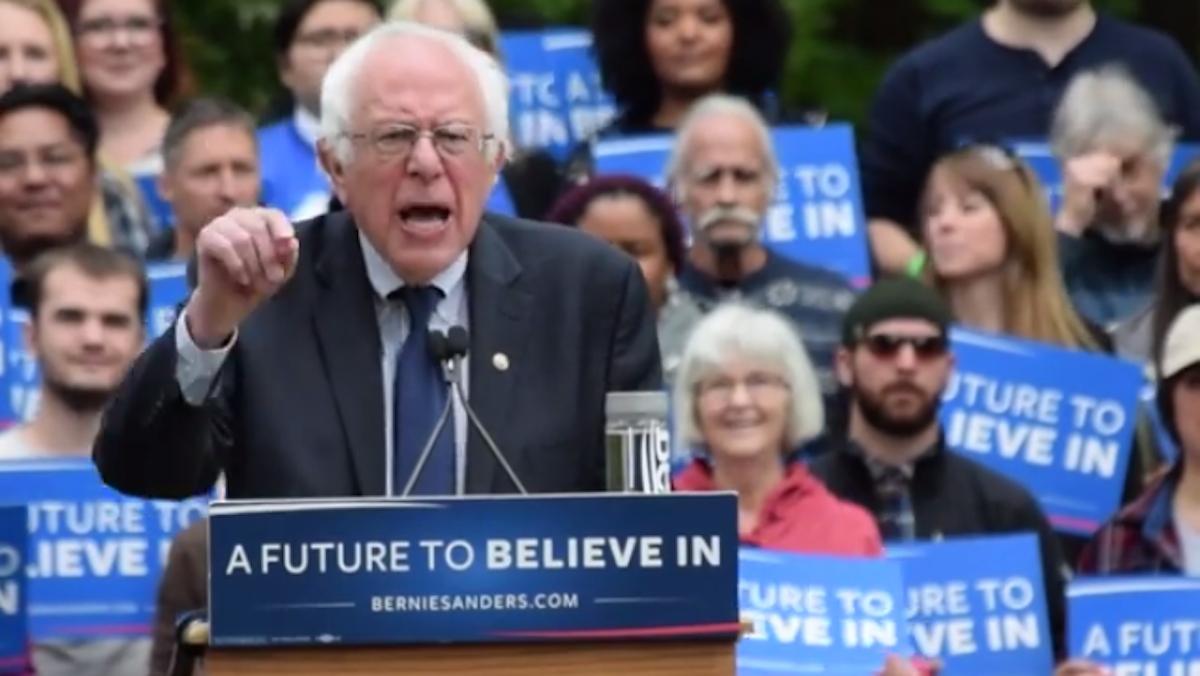 When Trump supporters are asked why they like him so much, many people respond with, “He tells it like it is.” The same is also said about Sanders. Both candidates are praised for their no-nonsense approach to politics. Neither is afraid to say what he thinks, and to say it bluntly. The candidates are often praised for their authenticity. What you see is very much what you get, and in a place where “Americans have been choking on political correctness and overly careful politicians for the last generation or two,” people are embracing the change that Sanders and Trump are offering.

People are looking for a big change this election, and both Trump and Sanders offer just that. Each is very anti-establishment, and they are both calling for a political revolution. Most of their outsider status stems from their polarizing stances on policy, each seemingly standing on the farthest edge of their respective parties. Even Bernie Sanders, who has been in Congress for years, feels like a politician you can trust — the most outsider phrase that has ever been written.

Maybe you’re feeling the Bern, or maybe you just want to Make America Great Again, but either way, there has been a surge in voter registration this year, and it’s no coincidence. Trump and Sanders are appealing to voters who have not come out previously, because they’re drawing in a new demographic of people who are angry at the current state of American politics. They’re drawing in people who think the system is corrupt, who despise capitalism, or maybe just despise the other candidates.

Trump and Sanders both oppose Trans-Pacific Partnership trade deal, they opposed the Iraq War and would have preferred to see that money spent domestically. They each support either maintaining or expanding Social Security benefits, have both supported single-payer health care, and have had wavering opinions on gun control. Finally, they both believe that placing restrictions on immigration is in the best interest of Americans, although for very different reasons.

Of course, the similarities between Trump and Sanders are small compared to their “yuge” differences, but they should not go unnoticed. Most importantly, their similarities seem to be the reason they’re doing so well in the polls. Their promise to make big change and to challenge our system, speaks to a vulnerable America, one that is fed up with being ignored and one that feels the system has failed them.