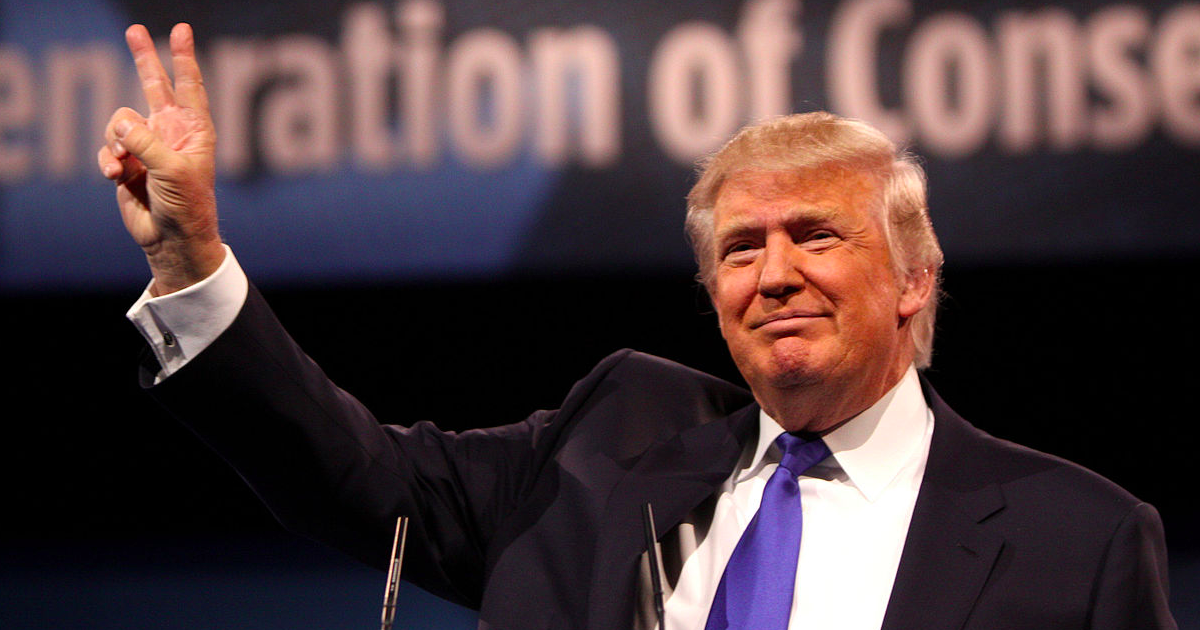 From an economics student who’s lived in both countries

Gone are the days when the rallying cries of the grassroots American right-wing were “small government” and “individual liberty.” The seemingly emerging libertarian faction of the Republican Party has been properly exiled with the presumptive ascension of the populist, nationalist, race-baiting Donald Trump. 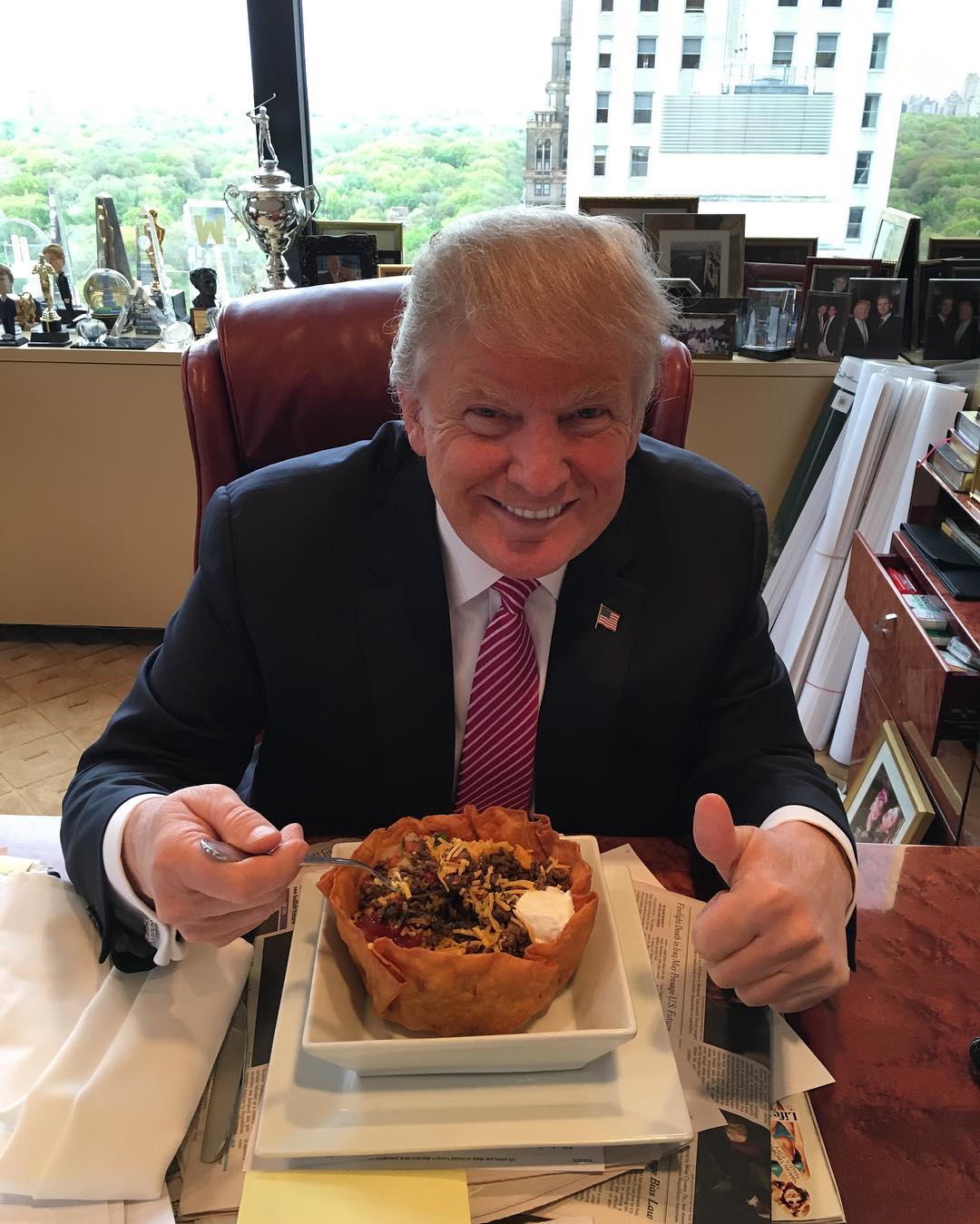 Trump supporters, who are often as charming in their confirmation that they prioritize race-blaming over political principles as they are willfully ignorant of Trump’s many business failures, have seemed to forgo any pretense of supporting capitalism in favor of making America win.

It’s easy for those on the left to see the inevitable trainwreck of the Trump Train and attribute a large portion of the insanity to robber baron capitalism gone mad, but that would be ignoring the true fallacies of the Trump economic platform.

You see, Donald Trump will likely be the least capitalist Republican presidential candidate in decades, if not ever. “Good,” the disapproving liberal or angry, low-income white Republican might be thinking. “Serves the Republican Party right after all the ways capitalism has failed us. Perhaps we’re better off trying something new.”

Sure, I’m all for returning to true capitalism instead of this rent-seeking, corporatist anti-free market system we have in place, but a Trump economy — from what we can properly deduce based on positions that he hasn’t flip-flopped on every week — would do the opposite of making America great again. It would turn us into France, a completely modernized economy with an unemployment rate in the double digits and a real GDP growth averaging at under one per cent. Here are the numbers to explain how and why we’ll become a country that I’m sure any true Trump supporter wouldn’t classify as a “winner.”

Everything will be expensive

With Ted Cruz’s defeat in Indiana and his subsequent suspension of his presidential campaign, Trump gave what was essentially a victory speech for his presumptive nomination as the Republican candidate for president of the United States. Complete with braggadocio and multiple uses of the words “winning” and “losers,” it was a relatively typical Trump speech, save for a few horrifying lines which revealed the truth of how anti-capitalist the Trump economic platform really will be.

NAFTA, which stands for the North American Free Trade Agreement, is considered by fiscal conservatives and free market proponents to have been one of the greatest accomplishments of the entire Clinton administration. More than three million jobs have been created and sustained under NAFTA’s detente of tariffs and trade barriers, and NAFTA has granted us a trade surplus which has made consumer goods more expensive.

Trump’s “us vs. them” mentality of jobs is manifested in nationalism and race-baiting and will result in a rise in prices for the very Americans he says he seeks to protect. You know where else everything is enormously expensive? France. On France’s part, this largely has to do with VAT taxes (which, it’s important to note, affect lower-income consumers more than higher-income ones), but its insanely high price levels have also been attributed to faulty economic protectionism, a term that is ironic for how damaging its effects are to the general populace.

The National Foundation for American Policy studied Trump’s economic policies and found that his tariffs on Chinese, Mexican and Japanese good would cost the American people $11,500 per household over five years. And as for those Trump supporters that laud him for looking out for the common man? Well, Trump’s tariffs are regressive, meaning that they’ll only pose a three per cent burden on the wealthiest 10 per cent of Americans’ disposable incomes while foisting an 18 per cent burden for the 10 per cent of lowest-earning Americans. A Trump economy will have much more expensive consumer goods on the whole, and like in the French economy, the costliness will place a greater burden on the working class.

Our unemployment rate will skyrocket

The Trump logic for jobs goes something like this: keep out Mexicans, and Americans will have all the jobs! Well, when considered in tandem with efforts for minimum wage increases, not exactly. You see, if a McDonald’s in Middle America is paying the federal minimum wage for a job as a cashier and the only people available to take the job are semi-skilled American workers, they might try collective bargaining or holding out for higher wages. The effect of removing a huge pool of lower-skilled workers from the American workforce will increase equilibrium wages for the labor market in the subset of those who might be considered for the job. Then, we’ll an exact replica of what happened in France: cashiers will be replaced by computers. 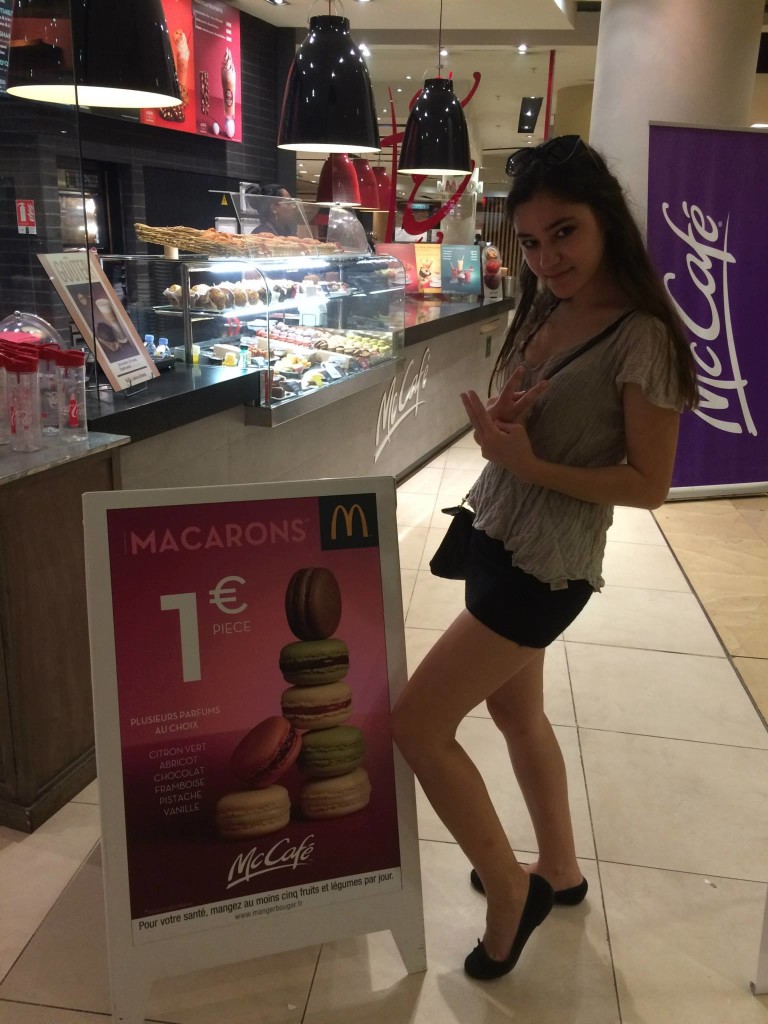 Notice the lack of other humans in this photo? That’s because at French McDonald’s restaurants, you don’t really have to interact with people, because you type your orders into computers. There’s that one woman in the back, who is in charge of making sure that the number on your receipt matches the number on the bag, and then there are the chefs. But those minimum wage cashiers have been replaced by computers, an effect that will inevitably happen with a Trump presidency.

Because Trump repeatedly flip-flops on anything that falls outside of the narrow delineation of his “America first” platform, we’re forced to deduce Trump’s true position on Social Security through Tweets and sound bites. Although it’s a relatively accepted economic fact that Social Security must be restructured in some way in order for it to remain viable, Trump’s website doesn’t even include entitlement reform as one of his platforms (yes, “Pay for the wall” is, however, a platform available for your reading pleasure).

So what do we know about Trump’s ever-changing stance on social welfare programs? Well, he sounds pretty French.

For once thing, Trump said on Twitter that he wants to “save [Medicare] and Social Security,” two programs which comprise 42 per cent of federal expenditures. Then in a March debate, he said: “it’s my absolute intention to leave Social Security the way it is. Not increase the age and to leave it as is.” Given that Social Security is projected to become the U.S. government’s first trillion dollar program, this is an insanely stupid answer.

In 1950, there were 16.5 workers to every one Social Security beneficiary. Today, that ratio has plunged to below 1:3. Even at a cursory observation, we can easily infer that it is neither feasible nor possible for three working Americans to be taxed enough to properly fund a senior citizen who may have spent an entire lifetime paying into Social Security.

But of course, Trump can’t be troubled to say anything outside of the “America first” trope which would jeopardize his popularity with Middle America. He’s perfectly happy to keep us on the France route, an economy which is running over a 12 billion euro deficit in Social Security spending with no end in sight. France can’t even pay for its public expenditures, which now account for over a majority of the French GDP.

While Democratic presidential nominee Bernie Sanders supports the expansion of Social Security in a way that would also be remnant of the institutional social safety net in France, at the very least, Sanders has a tax plan that at least attempts to pay for it. As for the Trump plan, we’ll just spend and spend until…

Between slashing taxes at random and leaving Social Security and Medicare on their rapidly rising paths, Trump’s deficit will be comical at best and economically devastating at worst. According to Mark Goldwein, senior policy director of the Committee for a Responsible Federal Budget, Trump’s proposed tax plan will lead public debt to outsize our GDP. This would actually beat the size of France’s debt in relation to its GDP, which is right now approaching a one to one ratio.

France is already getting a metaphorical slap on the wrist from the European Union for its failure to narrow its deficit, but luckily it has other Eurozone members to distract from its comparatively more innocuous financial indiscretions. Still, France’s credit rating was downgraded from triple-A to double-A not long ago after failing to pay on its debt as a result of economic stagnation and a widening deficit.

“Thank god this can’t happen to us!” you might be thinking. Well, under a Trump presidency, any Francophication is possible, and…

You see, this is something that structurally should not be able to happen to America. While France, as a member of the Eurozone, cannot unilaterally print its own currency, the U.S. can hypothetically never run out of its own dollars to pay off its debts. Given our extensive credit history, we should never need to do this, the point is that America is in a position to never, ever default on its national debt.

Trump’s proposal in the case of fiscal distress is for the U.S. government to default on our bond holders, a hilariously dumb move which would result in absolute catastrophe for our interest rates and our national credit rating.

The self-proclaimed “Kind of debt” proclaimed: “I would borrow, knowing that if the economy crashed, you could make a deal.” As always with Trump, the solution always comes back to some cheap “deal” that screws over unsuspecting creditors operating under the false assumption that people will lie back and allow the federal government to effectively refinance their borrowing on their terms, and their terms alone.

For all that I’ve ripped on France in this article, it’s still an incredibly beautiful country with a rich history and culture revolving around food, drink and leisure. The U.S., by contrast, is not celebrated for its plentiful hours of rest or lifestyle revolving around wine and art. If we lose our economic standing and landscape that allows for some semblance of meritocracy, we lose our international prowess but, more importantly, we kill the seeds of the American dream. 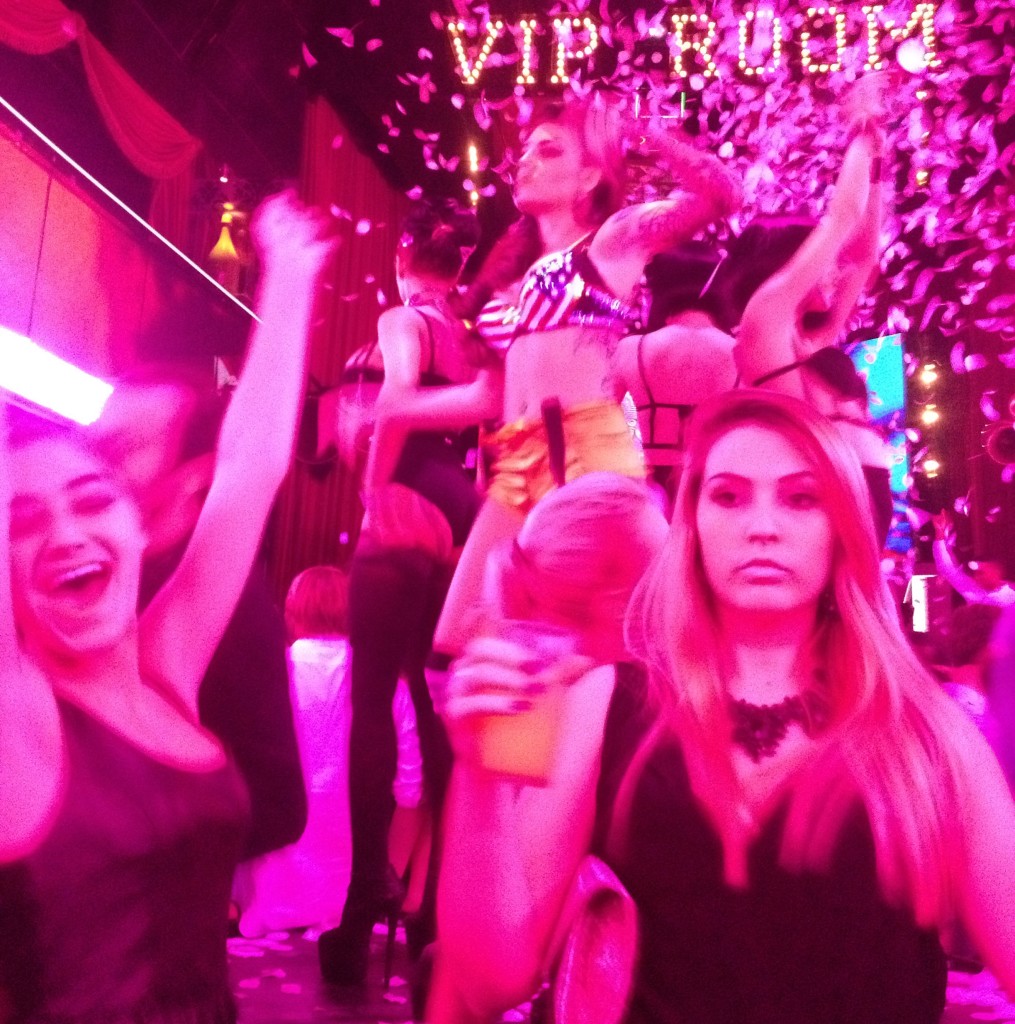 There you have it folks. Donald Trump will take all of the economic fallacies and none of the cultural values of France to Europeanize the U.S., making  America French again. So if you really want to make America great, stay wary of the Trump Trainwreck; it’s not going anywhere except for down, down the rabbit hole.