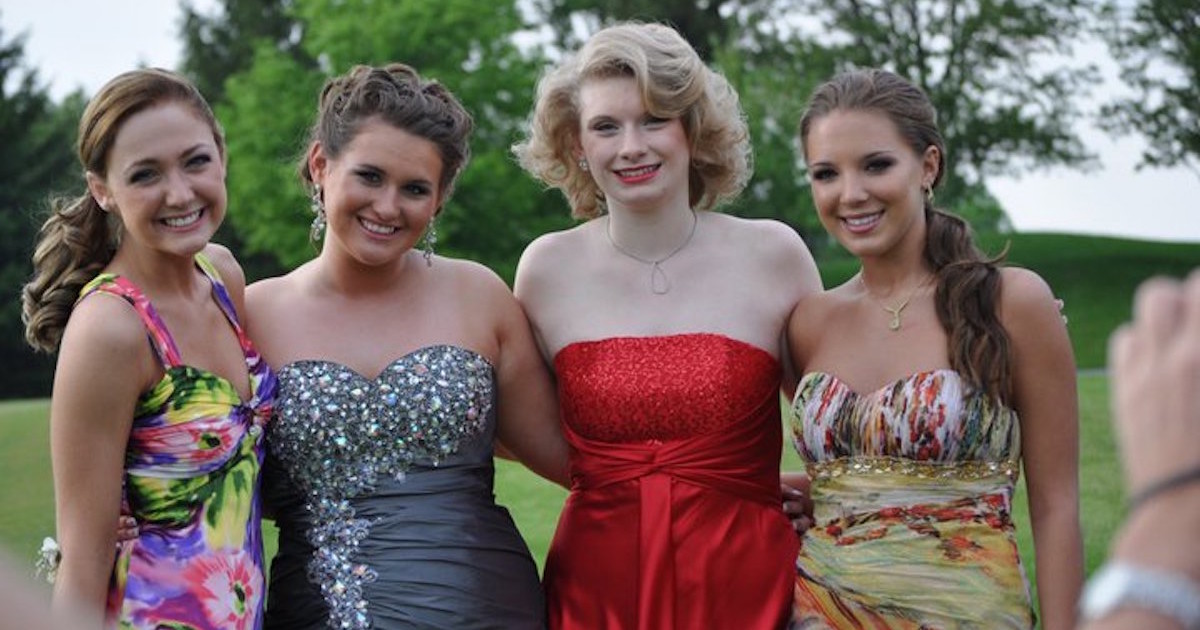 Growing up in Roscoe, Illinois was low-key the best

Rockton was OK too, I guess

Roscoe, Illinois — a suburb of the larger, more imposing Rockford — is home to, well, almost nothing noteworthy. It’s a small, quiet, middle-class kind of place, but nonetheless had a certain charm.

I moved to Roscoe from an even smaller town in eastern Kentucky when I was in seventh grade. Though there was nothing outwardly special about the town, 12-year-old me was instantly enamored — compared to where I’d lived before, Roscoe was simply teeming with fun things to do. (Seriously, my OG hometown was an hour from the nearest movie theater. Let that sink in.) I traded my Curious George t-shirts for Hollister polos, learned what a “cul-de-sac” was, and generally tried to acclimate to this new suburban lifestyle.

Now that my mom has migrated back to her old Kentucky home, I’m left with no real connection to Roscoe and honestly might never have reason to go back. Even though there was nothing out of the ordinary about Roscoe and day-to-day life seemed drab, in hindsight, it was still an A+ place to grow up. If you were ever a tween or teen in the Roscoe/Rockton area, all of this will be a tad too familiar.

No one could pronounce ‘Hononegah’

It probably took my mom and I like, an entire year after we moved to Roscoe to learn that it was HAH-NO-NEE-GUH. 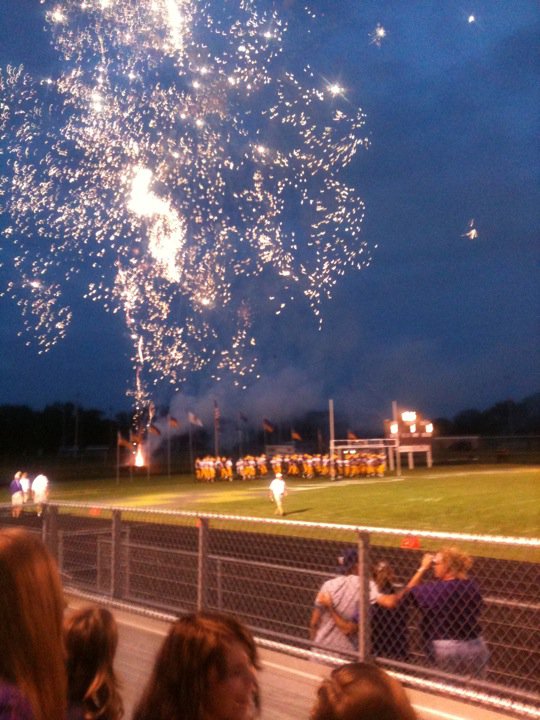 But we sure had school spirit

Wal-Mart was the place to be

You couldn’t set foot in the Rockton Wal-Mart without running into between one and three dozen people you know. Whether it was 4pm or 3am, shit was always popping. Where else would you go when you had $20 of your mom’s money burning a hole in your pocket? 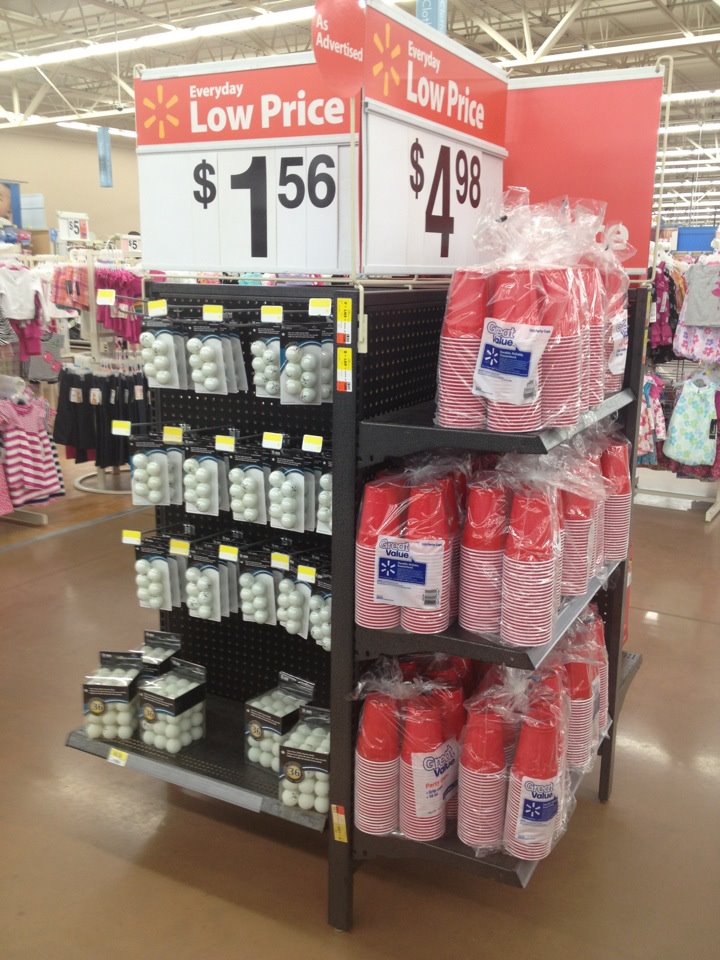 They always knew what was up at the Rockton Wally World

CherryVale Mall was trash, but you still went weekly

When you were tired of Wal-Mart and looking for a little more variety, where better to aimlessly wander than CherryVale? I’m pretty sure getting dropped off at the mall with your friends was a middle school rite of passage, especially if you were so hype to hit up Hot Topic. Or, if you’re me, you just go alone and play with the puppies at Furry Babies. 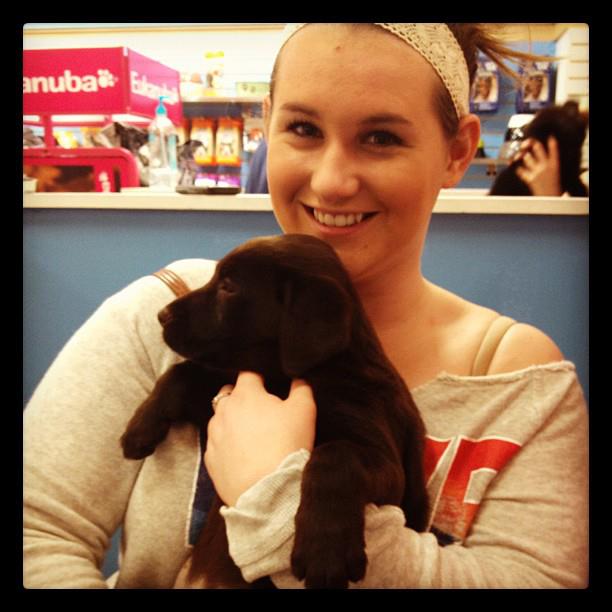 Look at this fucking dawg

Flying Pig runs were everything

TBT to when it was still in a shack in the Hilander parking lot. Even my mom, the pickiest woman alive, loved her some Flying Pig. If it was summertime, there was no doubt you were heading to Flying Pig at least once a day to suck down a Sour Gummi Worm snowcone while you socialized with pretty much every HHS student and staff member.

…unless you were a Dairyhäus loyalist

To be fair though, Dairyhäus’ ice cream was/is the fucking bomb.

Well I mean, I didn’t because I was fucking lame. But I still knew what was up. An anonymous source even told me he once “stole a pot plant from there.” *Books a flight back to Roscoe* 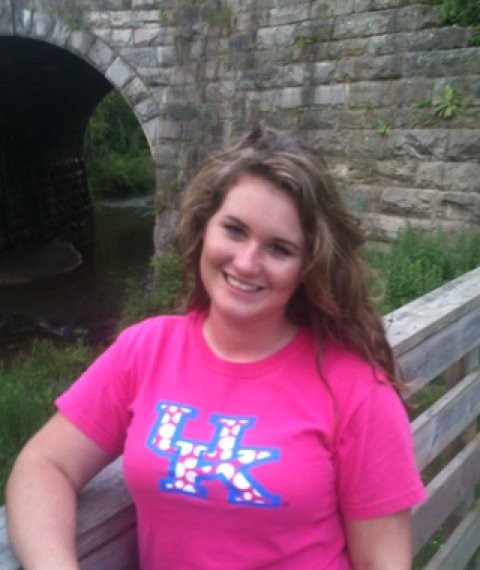 An inexplicably sweaty, high-school-aged version of me at OSB

You lived for Old Settler’s Days

Look, I am the worst bowler in the world. But make that shit glow in the dark and throw on a copy of Now 14 and I’m fucking there. Sure, it smelled like an ash tray, but nothing could make your weekend lit AF faster than a text saying “wanna go to Rock N Bowl?” If nothing else, go for the cheese fries. 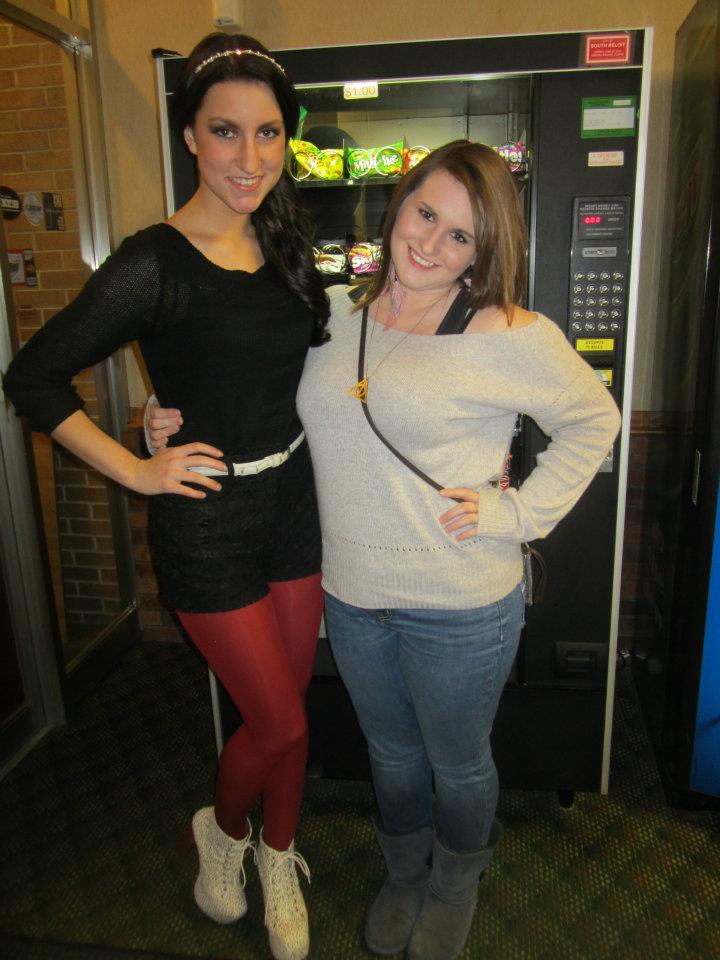 If heaven were a real place, this is it. You don’t need any other reason to love Roscoe other than Edward’s. Their apple pie (with ice cream or cheese, depending on how disgusting you are) is second to none. BRB, drooling. 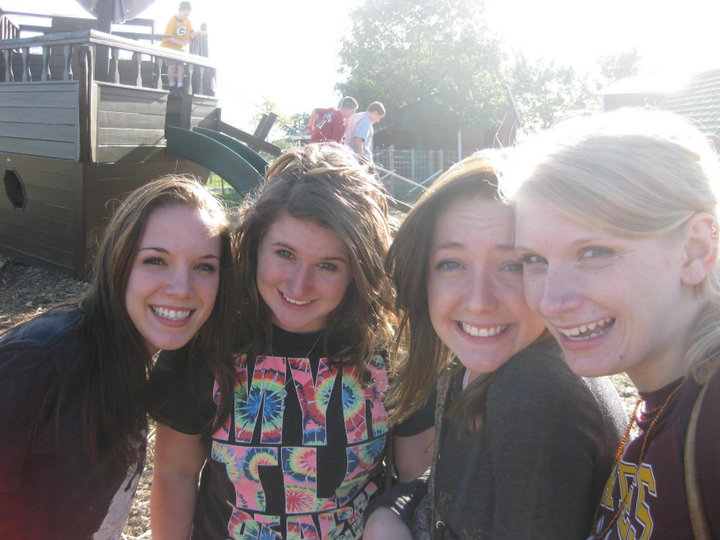 You knew JMK Nippon was far superior to Shogun

Please don’t even argue. If you disagree, I’m sorry, but you’re wrong. I still have wet dreams about the sushi from JMK, and I now live in NYC, if that tells you anything. 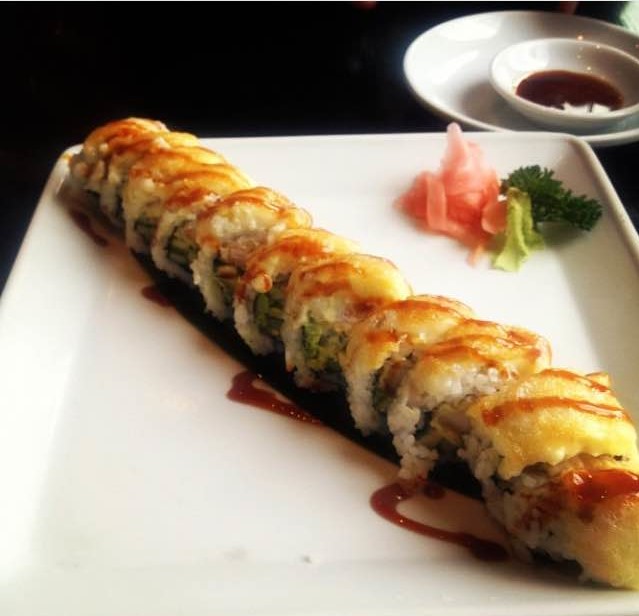 The harsh winters didn’t even phase you

If you grew up in Roscoe, you could probably move to Russia without even flinching. Snow days were few and far between because the town was so well prepared to clean up giant-ass mounds of snow before your 6am alarm for school had even gone off. 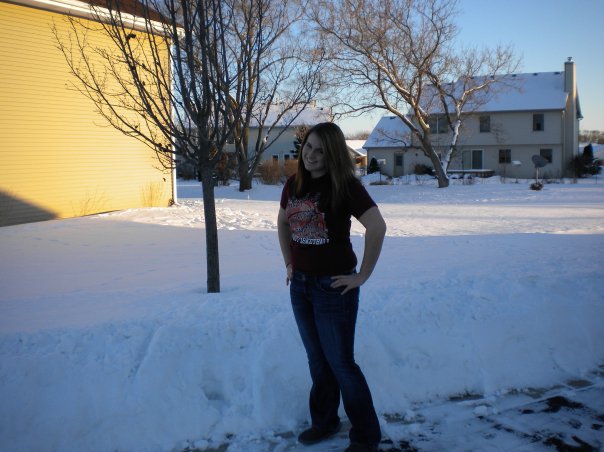 Having Chicago nearby was a low-key godsend

If your parents were ~chill~ they totally let you and your friends take the Metra into the city every now and then. Plus it was of optimal distance for the occasional field trip into the city, which felt extremely glamorous to us lowly high schoolers. 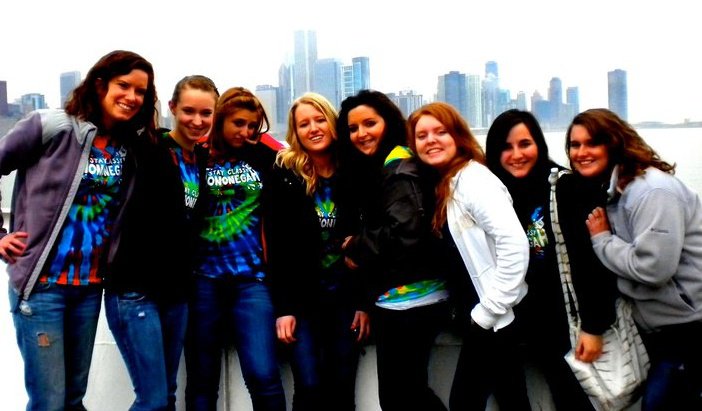 Our senior trip to Navy Pier, which seemed hip and fun at the time

If nothing else, Roscoe/Rockton was home to some pretty great people

Yes, this is one of those predictable sappy endings. Looking back on it now, it’s hard to believe I spent almost 8 years calling Roscoe my home, and now I might never go back. While I’m not one to pine for my high school days, there are definitely plenty of things to miss now that I’m all grown up (cough Beef-A-Roo cough).

It wasn’t a particularly dignified or exciting place to grow up, but the students at Hononegah — among them some seriously brilliant and talented people — make me proud to be a former resident of Roscoe. 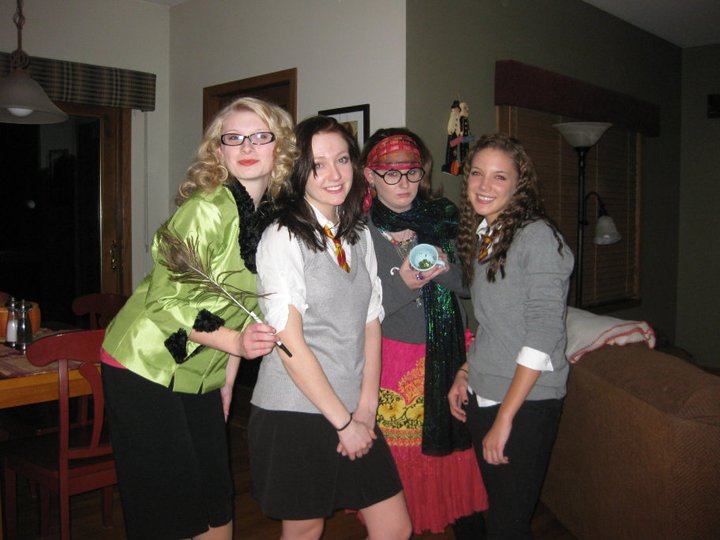