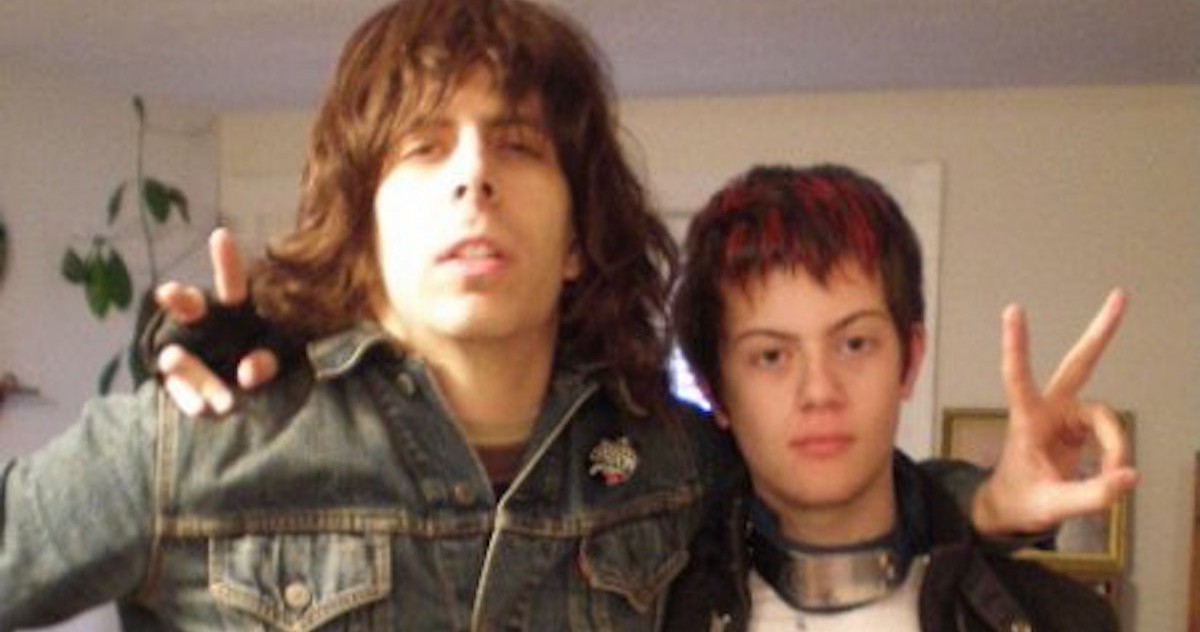 I went on MTV’s Made and it changed my life

From geek to guitar hero

The pinnacle of anyone’s high school existence wasn’t learning how to drive, buying drinks with a fake ID, or finding a date to the prom – it was getting on MTV’s Made.

The inspirational early noughties show offered you the chance to totally reinvent yourself, and it transformed the lives of the teens who went on it.

Goths became prom queens, cheerleaders became snowboarders, dorks became dancers. MTV-appointed mentors swooped into their lives, helping them how to dress, act, and perform for their final challenges. It was the ultimate show for a generation of uncertain high schoolers – it held the intoxicating promise that everything would be OK, that you could become new, talented, and popular.

But what happened after the cameras left? Did the characters stay Made, or did they revert back to their former uncertain selves? We tracked down one of the stars to Asheville, North Carolina to find out.

Andrew Hisel, 23, was featured on the show in 2008, and went from shy geek to guitar hero with the help of rockstar Sammy James Junior. 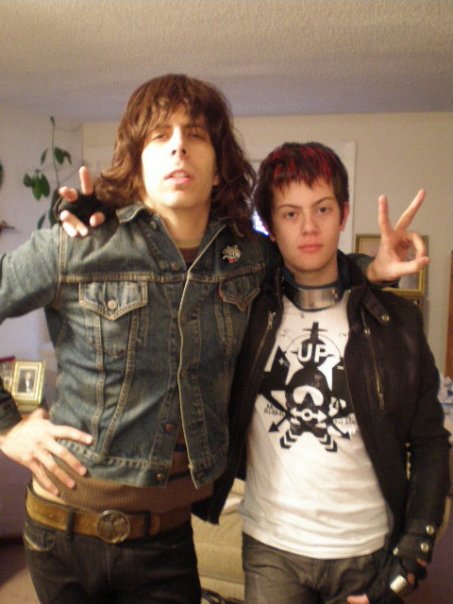 Andrew Hisel with his Made coach, Sammy

How did you get involved?

At my high school, they announced they were going to have auditions. I thought, “what the hell I’ll go down.” I had an idea that I wanted to be a musician. So the worst thing that could happen, I figured, was that they say no and that would be the end of it. I put on the nerdiest t-shirt I had, something with Star Wars on it, and went down. As much as I could, I spoke honestly, but I think I played up the geek aspect a little bit. I am a huge nerd, you know, and I still am now, but in no way did I hide that from them.

What made you decide on the guitar?

It’s silly but I hadn’t really get into rock music until a year or two before that. I really started to realize I enjoyed guitar music, late in the coming. What got me there was the video game, Guitar Hero. I thought, “this is a lot of fun, I think the real thing would be a lot of fun too.” Sammy, my Made coach, my mentor, he told me how he and his band had a copy of Guitar Hero in the trailer and would run to go play that after shows. Guitar Hero was helpful in stretching my fingers out.

How did you get on with Sammy, your Made coach?

I don’t know if you saw the episode but there were a couple of times when Sammy was real harsh with me and that wasn’t really my experience for the most part. Sammy James Junior is a fantastic guy. He’s hilarious, he’s super smart, he’s been doing music and music production for years now. He was so fun to work with. The time I got to spend with him was pretty precious. I have some fond memories working with him.

Are you still in touch?

Not really. We’re friends on Facebook. I messaged him once or twice over the years. He’s now a Grammy Award winner. He produced Kinky Boots with Cyndi Lauper. I was told how to perform rock music by a man who won awards, dammit! 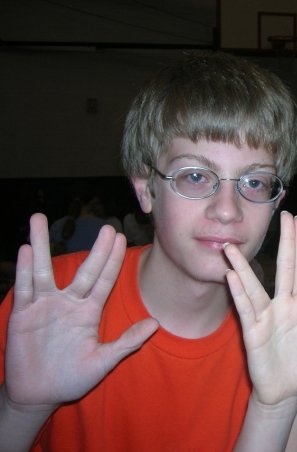 At the time of the show

So do you still play?

I try. I haven’t been able to keep a band together since the show. We split up. I moved out of my mom’s house and had to start working to support myself. I really struggled with turning music into something I could have a career with. I think that’s pretty common these days. It’s not something you do for money. What I’ve learned the most about music is that album sales don’t make anybody money except for the record company. If you’re a band trying to make money, you need to play shows, and I couldn’t get to the point where I was playing shows again. That petered out, unfortunately.

Did going on the show change you at all?

I definitely think I came out of it a different person. Very shortly after, in the space of the next year, I was a jerk to all my friends. I was not just confident, but also cocky and arrogant. I took everything I learned and everything that had changed, because I had all these cool clothes they gave me, I was playing music, and I was a cool guy now – and I took all that and I didn’t internalise any real humility or sense of other people’s feelings. I ended up hurting a lot of friends but in the end they came back and said “hey, you’re being a jerk.” That was a tough lesson to learn.

Even then, and maybe even now, I’m the kind of guy who will try to correct people on things that won’t matter. I want to be right or I want to make other people be right. That doesn’t keep you friends. Combined with the confidence high I had, it made for some pretty rough times coming out of that. I’ve matured and tried to take that confidence to a place that’s a little more grounded and humble. I struggled every day for Made. I do my best.

That must have been quite tough.

Yeah, I went from being quite nerdy, wearing plain tennis shoes, to very expensive jackets and a $400 haircut with red gold through my hair. That sort of shock and change of appearance is very much like wearing a costume all the time. I was a different person. I played a character for a bit. I took what I needed from that and left behind the things that were more harmful. 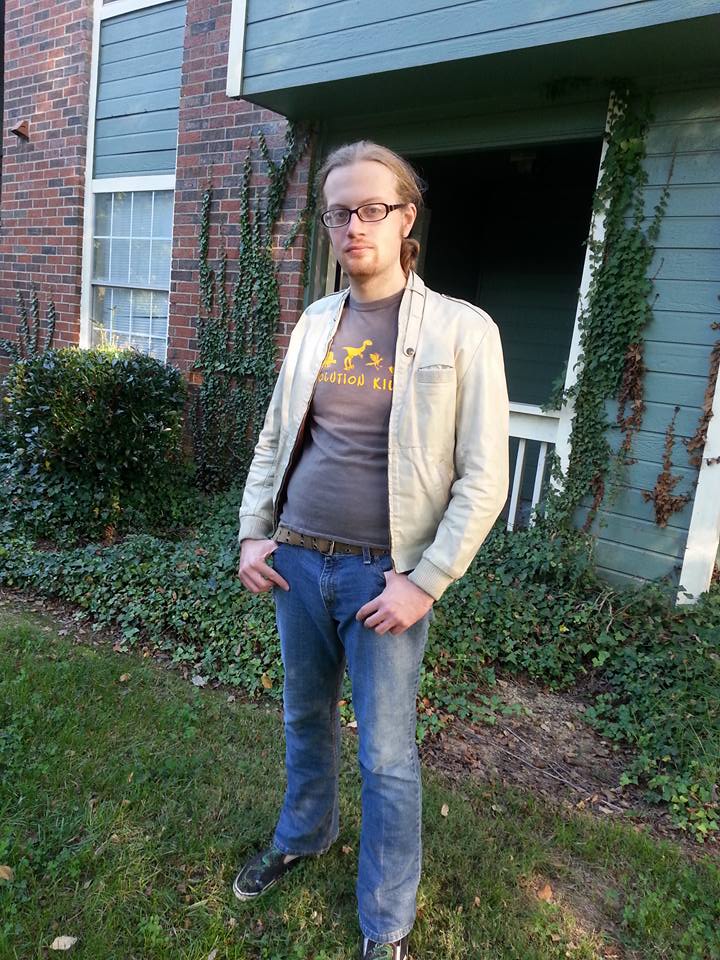 What was the best moment?

The best moment was when I got to perform. Before I was ready, I was dreading it, like “oh my God, I’m going to have to get up on the stage and sing in front of all these people.” I never even wanted to sing. But to go from that to being up on the stage. I don’t know if you’re familiar with the feeling of being up on stage, but it’s amazing. When you’re giving people everything you’ve got, it’s the best. Getting to go to New York was a fabulous experience. I’d never even been on a plane before. I got to experience a lot of things I’d never been able to experience otherwise.

Being on a reality show is really weird. There are shots they want to get and so on, but for the most part my experience was genuine. It was so weird to do that. I had never sung. There’s one part where I’m sitting there frozen because Sammy wants me to read some lyrics that I’ve written out loud and I can’t even summon up the courage to do that. That was a bad day. I wanted out at that point. I was trying to summon up the courage to quit. And the stuff with Brooke: the girl I wanted to get together with. That was a little embarrassing.

How did you leave it?

I don’t know, I don’t want to say bad things about her. She wasn’t particularly interested in me as a person, I think she was just like, “He’s got cameras on him so I might as well see where that goes.” I probably was not very interesting to her, without the cameras on. Which I don’t blame her for, at all. Afterwards, there was a breathing period where I tried to stay in touch but nothing happened.

After we graduated, we bumped into each other and I made an attempt to reconnect but she ignored it, so you know. I’m not too disappointed about that, I have a girlfriend now.

It’s a weird thing. Made is currently not the most interesting thing about me. I think what Sammy really wanted me to learn is to keep my horizons broad. It was pretty much as influential as anything that happened to me during that period, probably the most.