It is NOT cold okay

University is one of the most unique settings where, inevitably, Northerners and Southerners are forced to coexist. There are many differences between the two, and so I thought it was time to summarise our main differences, to try and settle the debates and conclude as to where our cultures clash at the University of York. 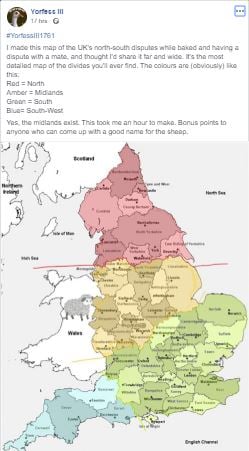 A northerner definitely drew this

As for the midlands, to include Sheffield and Liverpool or not?