Every type of relationship you will encounter at uni

Love Island may be over, but fear not, another year at university is about to begin, and that means DRAMA.

Long gone are the days of simplicity where you were either in a relationship or you weren't, because you're at uni now, and everything is complicated.

Fear not, I've compiled a handy list of 13 complicated uni relationships so you know exactly which ones to avoid and which ones are worth your time. 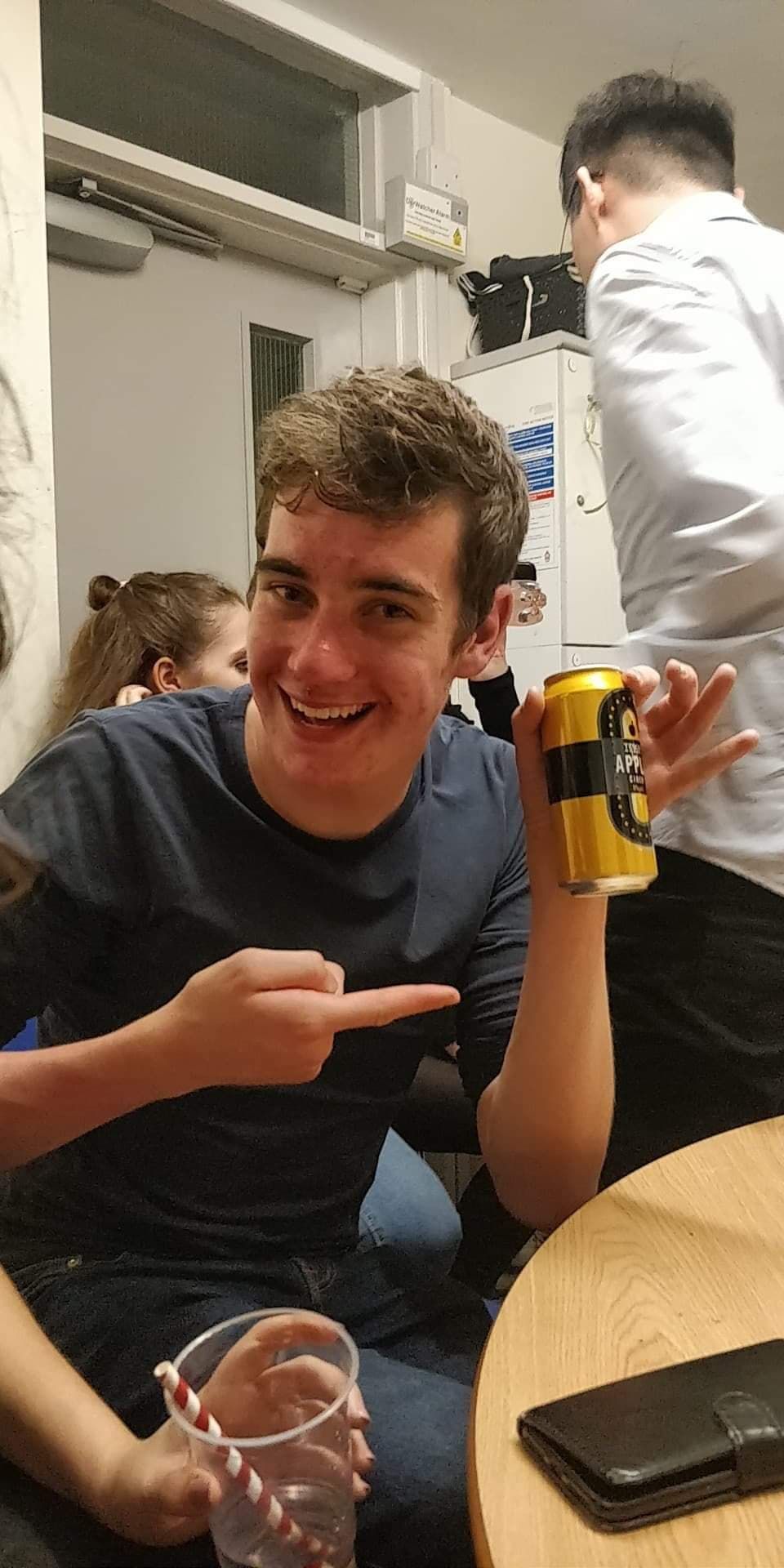 The only partner I need x

Mating season is RIFE and you know it. Uni is a (consensual) sex tap that is constantly turned on for you, you're living your best life.

Pioneers of the "ejaculate and evacuate" movement, you go out with the intention to pull and love never knowing which college you'll wake up in the next day.

You're at YUSU every week replenishing your fill of free condoms, because condoms become expensive when you're seven colleges deep into College Bingo.

Will text things like "woke up in Langwith again lols", or "feelings? never heard of them".

Friend with benefits, or the "fuck buddies" 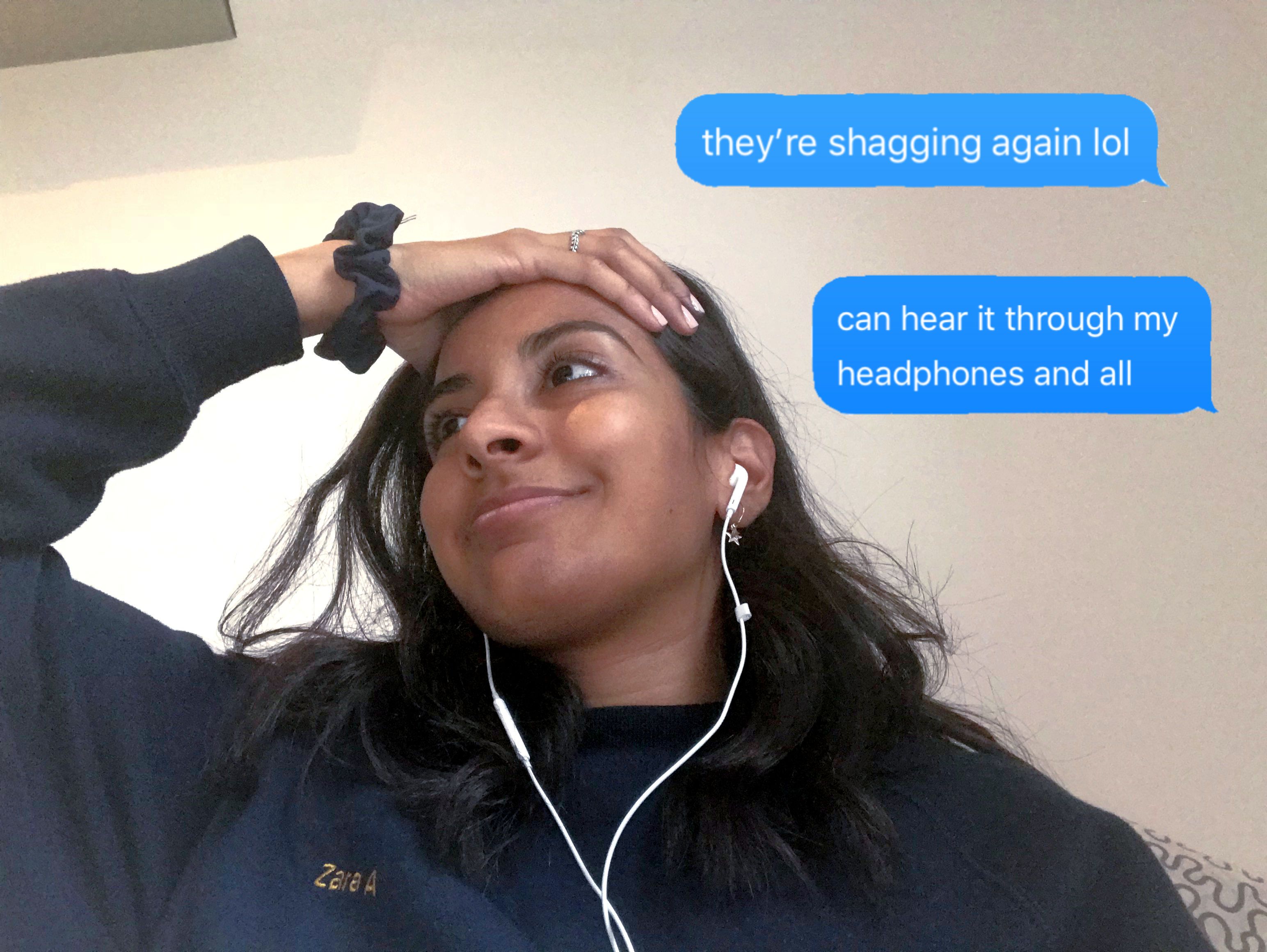 Different to the one night standers, my housemate prefers to call these people "returning customers". This option suits all those who just really want to have sex without any commitments, but like to have it with their routine Salvo's pull.

You owe each other nothing and there is no mention of exclusivity, you just really like having sex with each other.

"You up? x" is messaged at least three times a week.

Beware though, as this may lead to the somewhat toxic "situationship". 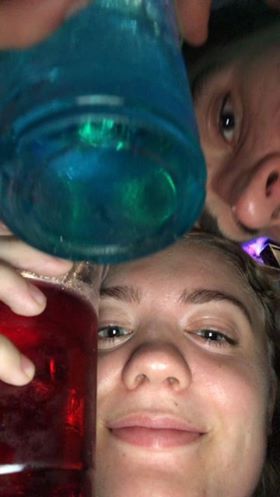 Often found on nights out together but never in the day??

Labels are your worst nightmare, so you prefer to use the terms "casual" and "exclusive". This is where you're more than just fuck buddies, but haven't quite made the leap into being official.

"Part of me wants to be in a relationship but I'm at uni and I want to hoe about, ahhhh idk!!!" 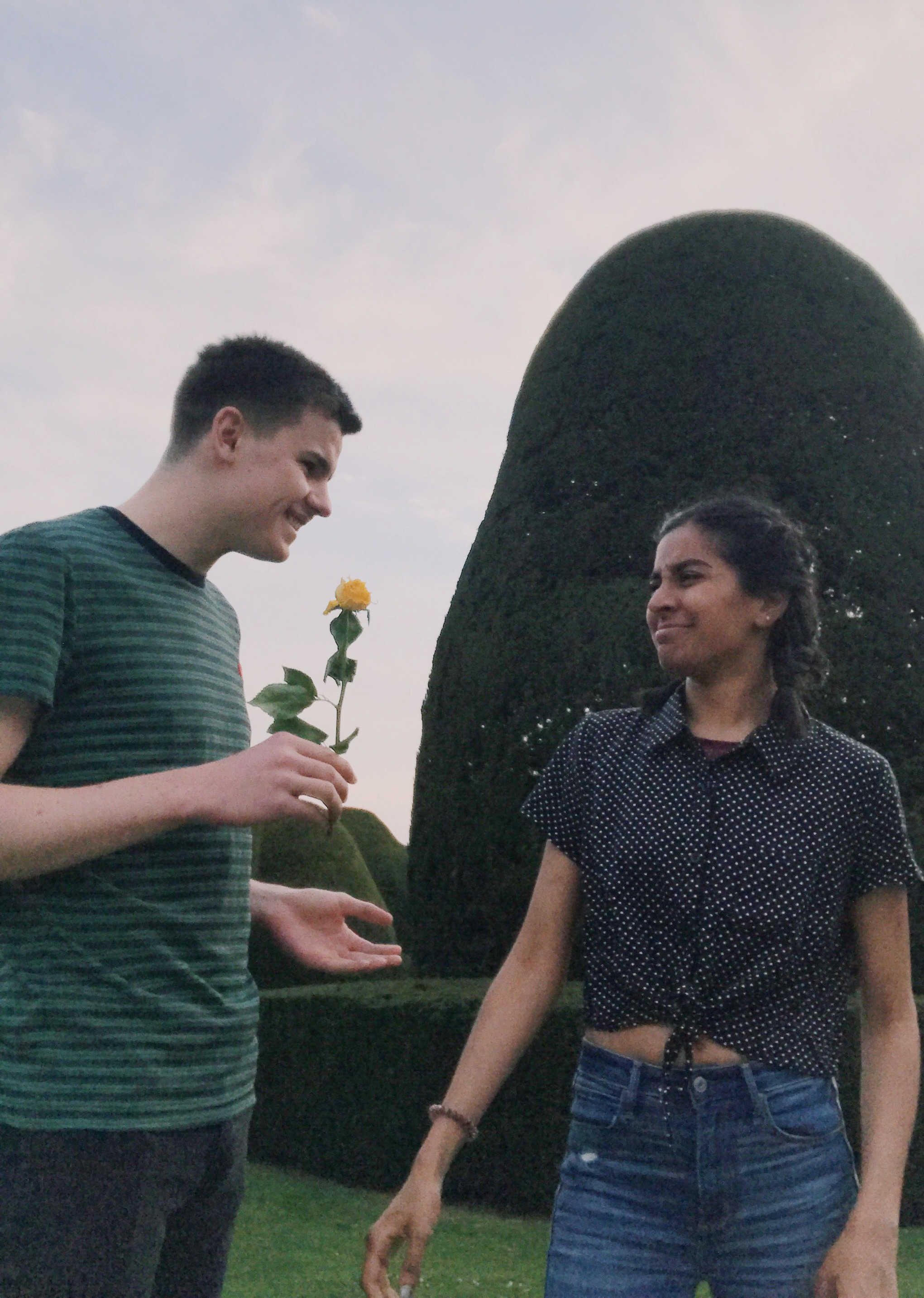 "If you really liked me you wouldn't be so unsure about wanting to be with me!!"

One of you is bound to get the feels whilst the other just can't make up their mind, and will inevitably bore their flatmates to death wondering if they should make things official or not.

You never know where you stand with each other and it involves way more toing and froing than it's worth. Avoid at all costs.

The "got one in the net and one on the go" 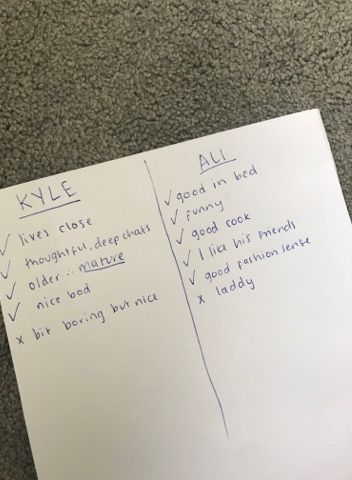 You end up comparing everything about them

Have you ever ended up in a situationship with more than one person?!?!

This one is tricky, because you aren't technically cheating if you aren't exclusive, but you still know that feelings are involved and you don't want to hurt anyone.

It's hard. There are qualities you like in both of them and you wish you could just mash the two people together into one, but it doesn't work that way.

You'll forever ignore the advice of your friends to "take time out" and see which one you really want to be with. Instead, you'll continue to be with them both until it becomes oh so complicated and you end up potentially losing them both.

Save the heartache if you're unable to make up your mind. 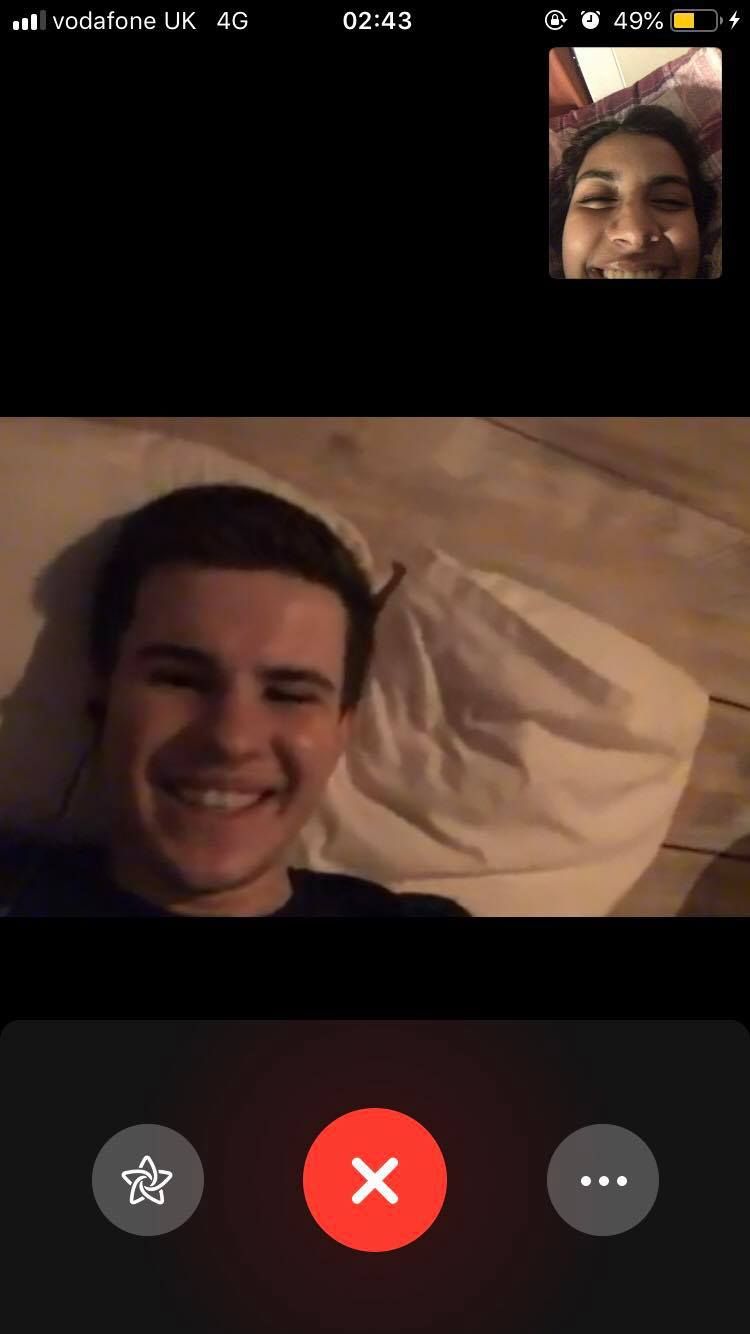 Arguably the most difficult uni relationship, as you have to sacrifice so much time just to make the relationship work. You'll spend your student loan on travelling the country just to see them, and give up many a night out just to talk to them.

It's a big commitment, and involves many Instagrams of bae alongside the captions "missing this one x", or "two weeks til I see this handsome face".

They'll bail on nights out and say "sorry mate I can't, promised my girlfriend I'd FaceTime her tonight". 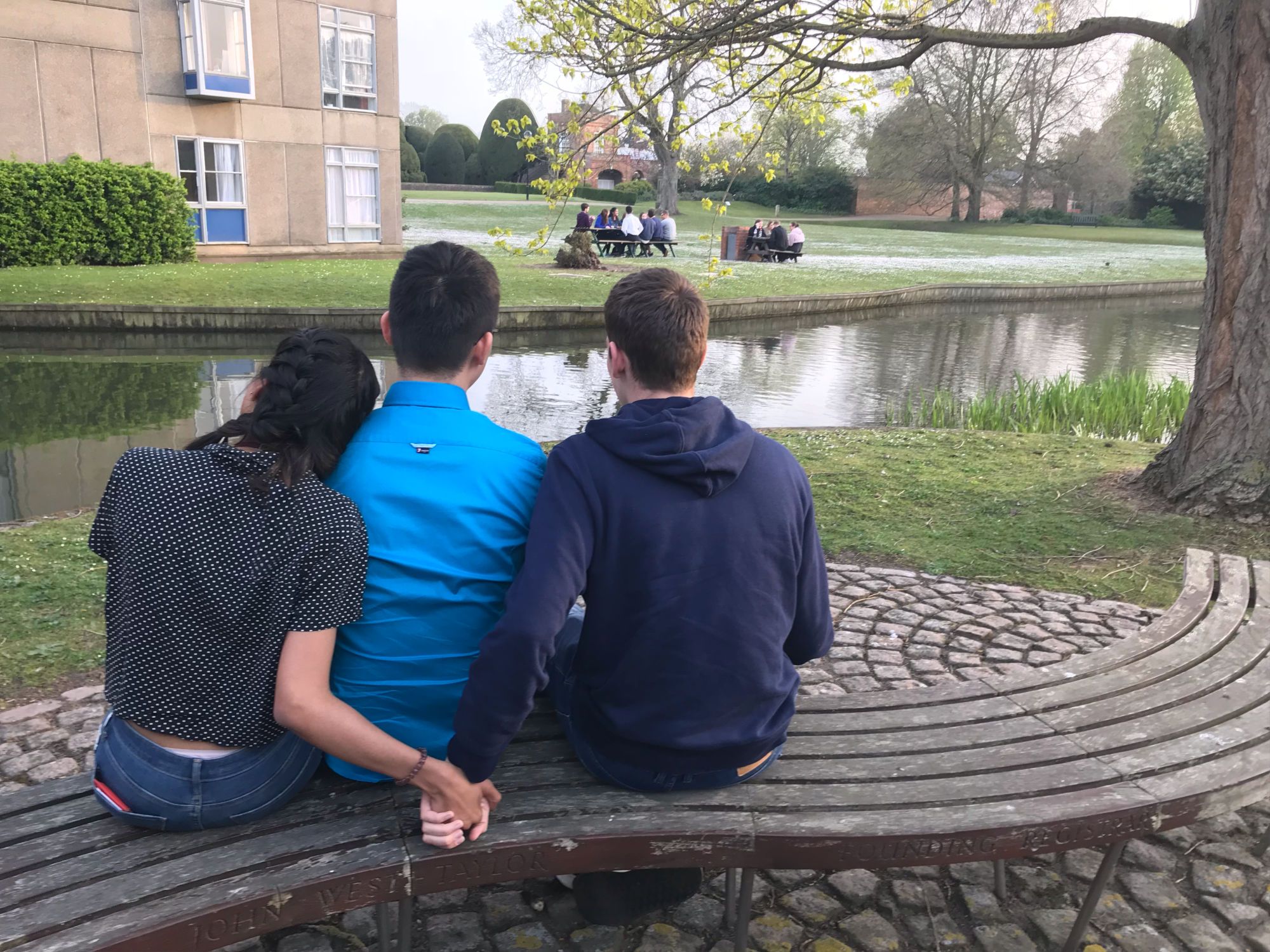 This is just awkward for all flatmates when said cheating lover brings their long distance partner up for the weekend and you don't know if you should expose them for the rat they actually are.

Very similar to "got one in the net and one on the go", except this involves exclusivity and commitment, and so is downright cheating.

"It's sooo horrible on Meg but Jack should really be the one to tell her."

The Mum and Dad of the flat 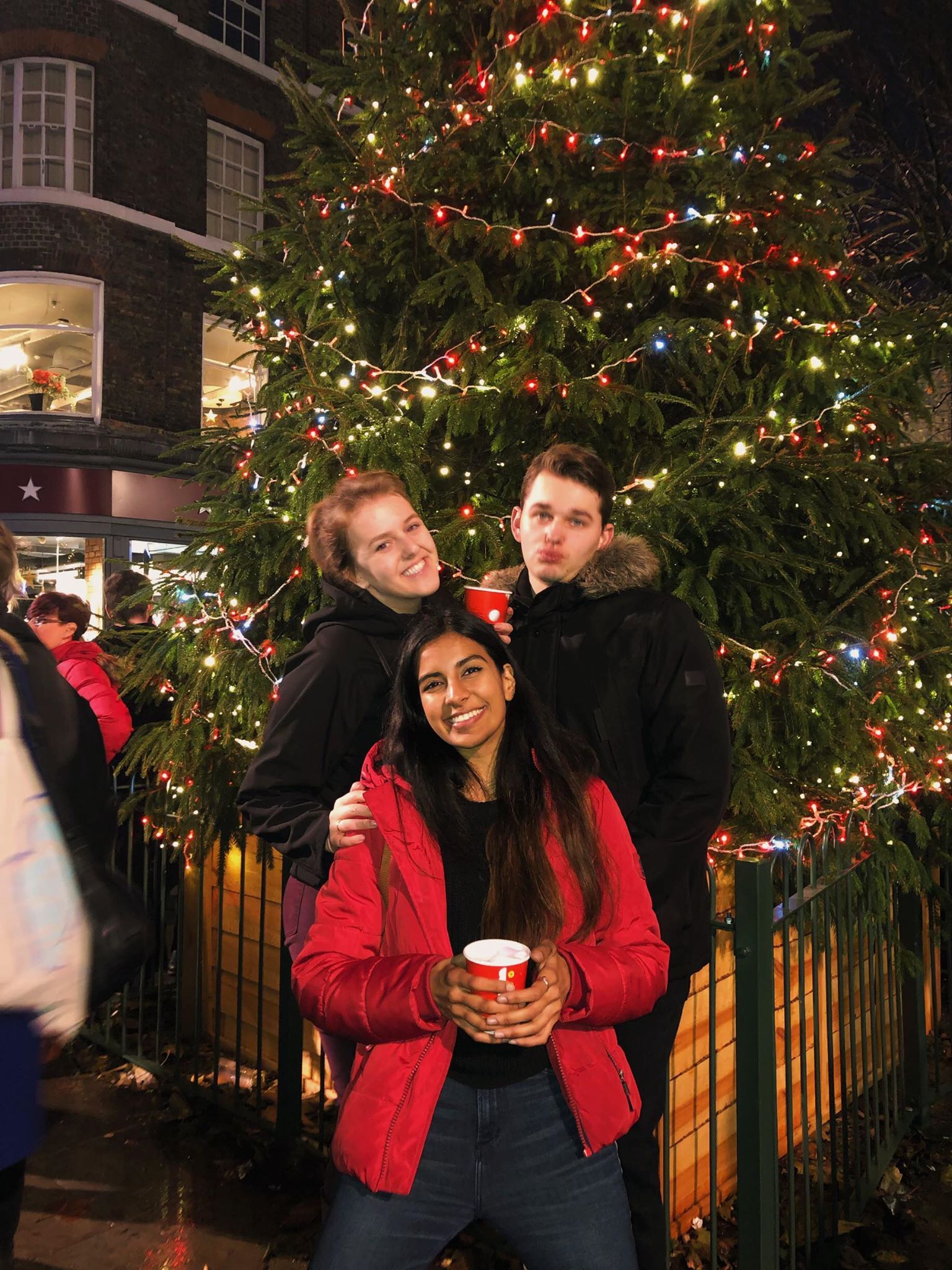 There will always be a third friend who just latches on to the relationship (surprise, it's me)

This couple probably got together in Freshers' and stayed together ever since. They are very domesticated, preferring to spend nights in doing sitcom marathons as opposed to going out.

They do just about everything together and are always in dressing gowns holding mugs of tea.

You know that if you knock on one of their doors, you'll definitely be met with both of them cuddling in bed in their pyjamas. 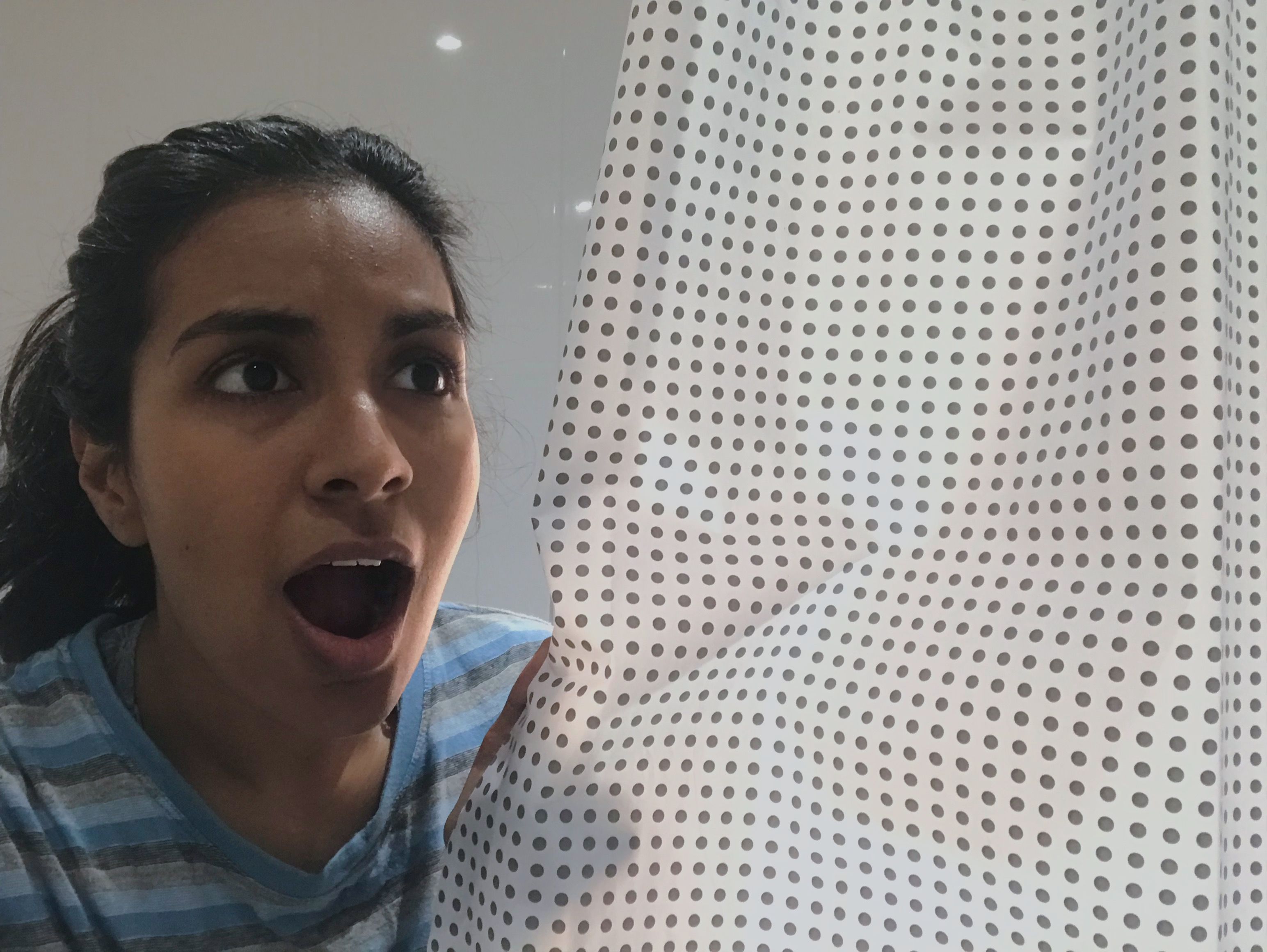 "I think Molly and Jermaine are having sex!!"

Flatcest is awkward, but especially when it goes wrong. Try as you might, you won't be able to avoid a flatmate you've slept with.

What's even more awkward is when the whole flat finds out and proceeds to ask everything about it.

Imagine having your flat climb through your window when you and another flatmate had been missing for a suspiciously long time (York students beware, this happened to a girl in Eric Milner).

Is this goals or is this type of relationship just really boring? Who knows.

They will end up having the same friendship groups both at uni and at home, so arguably never branch out. They are extreme levels of comfortable with each other. You'll probably walk in on them doing face masks together and plucking each others eyebrows.

They'll ditch their mates to live together in second year and bask even more in their Marshall and Lily status.

The one with the secret boyfriend/girlfriend back home

Imagine the shock when the flirtiest friend in the group is actually in a relationship!!

You'll be on a night out and this friend will be flirting with anyone and everyone. Fast forward a couple of weeks and they'll be parading around their lover from back home who they are just sooooo in love with, and have been for the past year.

"No I swear I mentioned Will, you probably just forgot!" 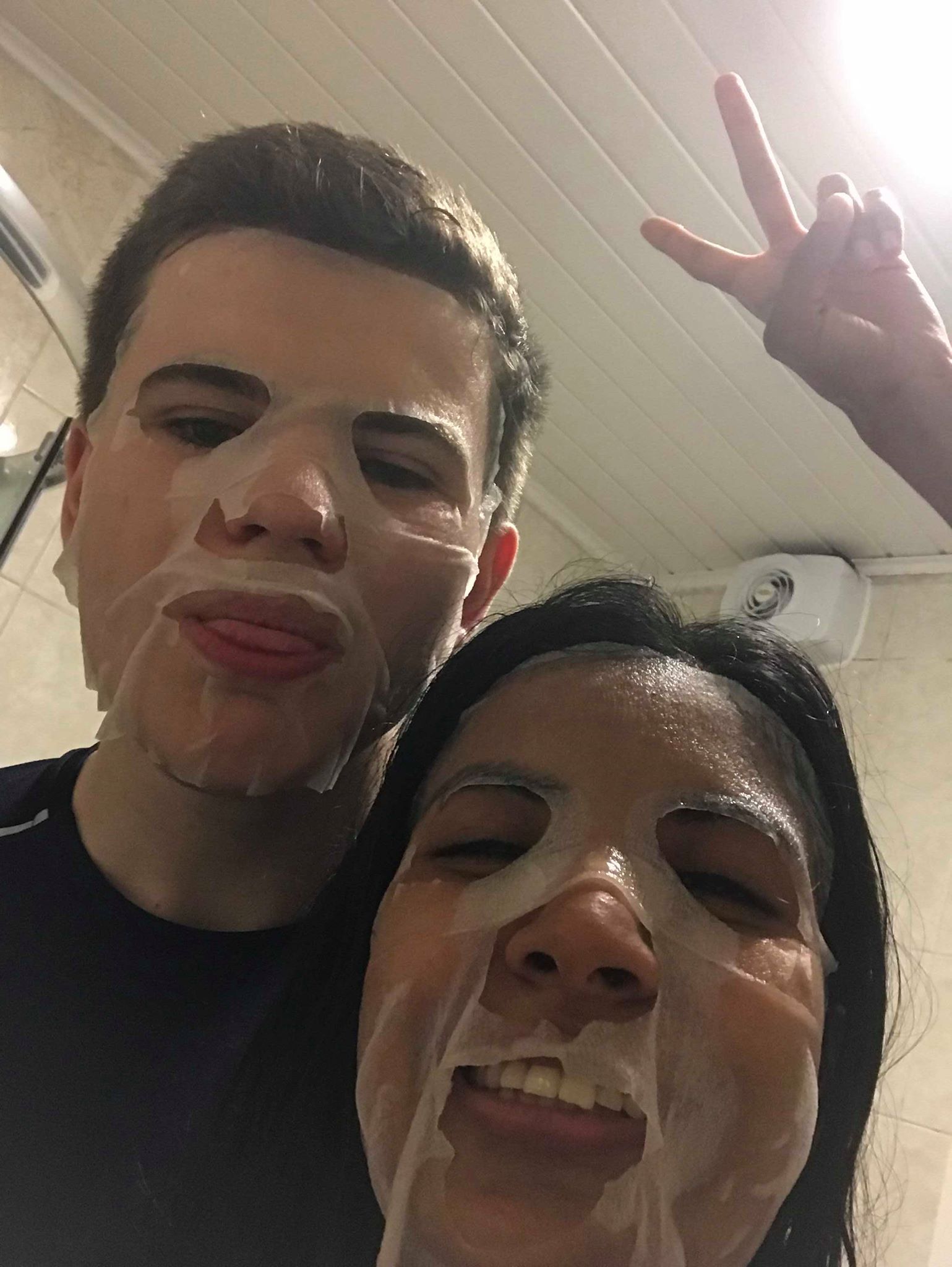 It's great being able to see each other everyday, except if your housemates' worst nightmares come true and you break up.

This couple hasn't been on a night out since Freshers' Week and you might as well use one of their bedrooms as a guest room, because you know for a fact they're sleeping in the same bed every night. 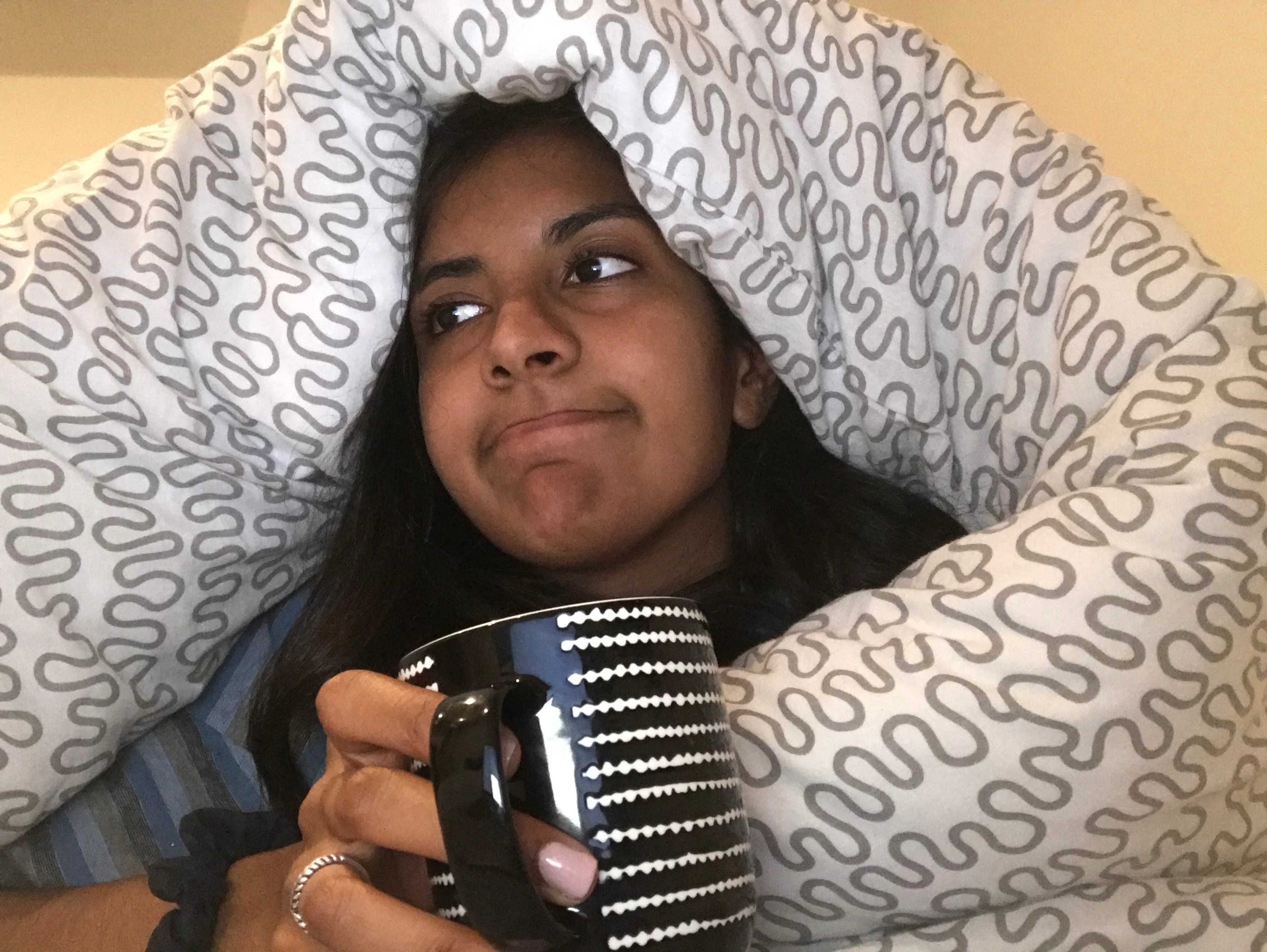 Only thing am kissing is a mug of tea everyday 🙁

Uni was meant to be this promised land where you would find "The One", but that "one" has yet to surface and you're very emotional about this.

Everyone manages to pull on nights out but you and you can't help wondering what it is you need to do more of, but patience is all you need. 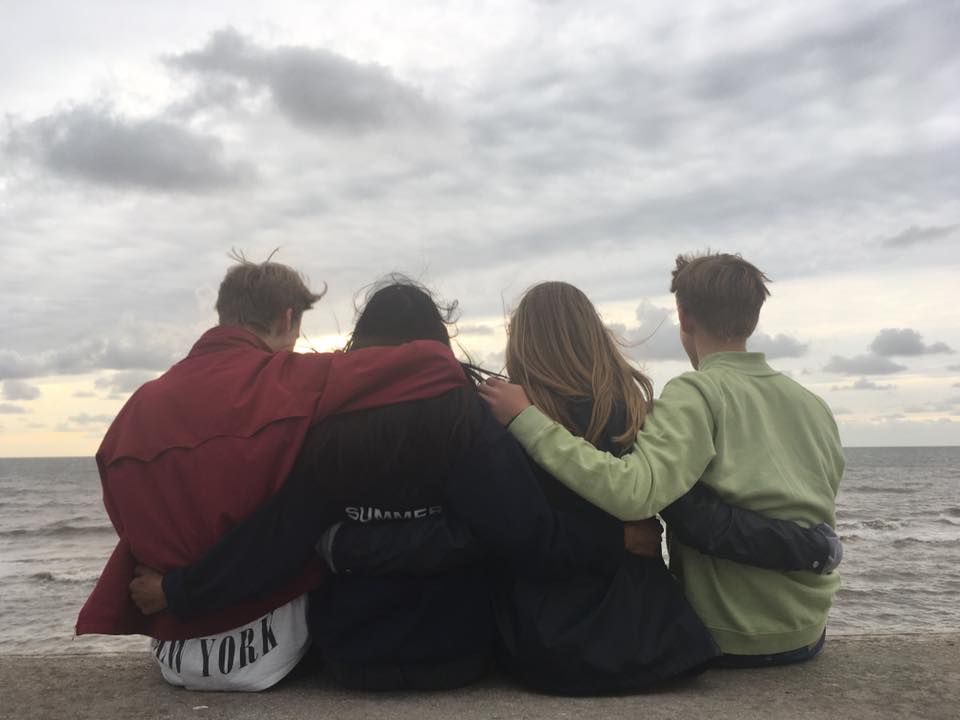 "Bit awkward and not sure how to tell you but Beth and I ended up sleeping together the other night, it was just a one off tho"

Flatcest is bad, but nothing destroys a friendship like friendcest. This is where you're in a very small, very intimate friendship group, and somehow, you all end up sleeping with each other.

What uni relationship are you in?

Wherever you fit in, know that uni won't last forever and so make the most of all your experiences, but also know your worth.

These relationships may all be complicated, but good communication is key to ease the drama.

To quote Maura, tanks so much, and I hope this helped x