Over the weekend, a new right wing student political movement launched, with a number of prominent young conservatives appearing as the face of the organisation.

The launch was a disaster, and they got completely roasted on Twitter, but it introduced everyone to a new generation of young conservatives.

One of the people in the video is York second year Politics student Dominique Samuels, who proudly says: "I'm a Conservative because I've seen what it's like to have nothing and to let hard work prevail."

However, The York Tab can exclusively reveal that not so long ago Dominique bragged on Facebook about voting for Labour in the last election and also said: "I love Jezza".

The Left believes they have a monopoly over young people. It's time us young people fought back. We are so excited to announce the social media launch of Turning Point UK, which will be launching across UK campuses soon. #TPUK #TimeforaTurningPoint pic.twitter.com/xb62JN539Z

In fact, she posted several updates on her Facebook expressing support for the Labour Party. 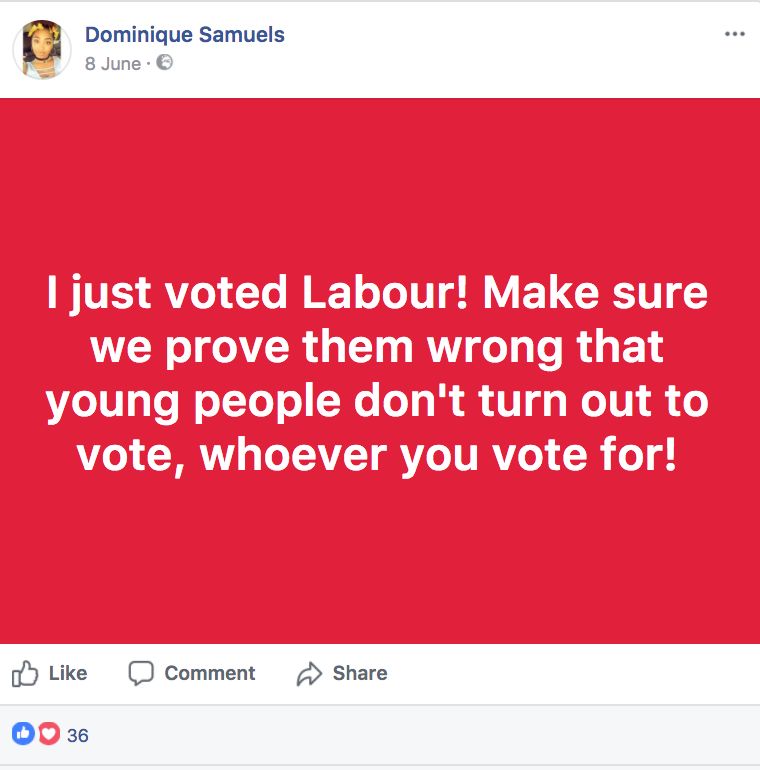 One Facebook post from 8th June 2017 reads: "I just voted Labour! Make sure we prove them wrong that young people don't turn out to vote, whoever you vote for!" while in another post she writes: "Vote Labour if you want to see some kind of change."

In another post she says: "I understand that socialism is essential in some aspects of our society in order to keep it afloat which is why I love Jezza." 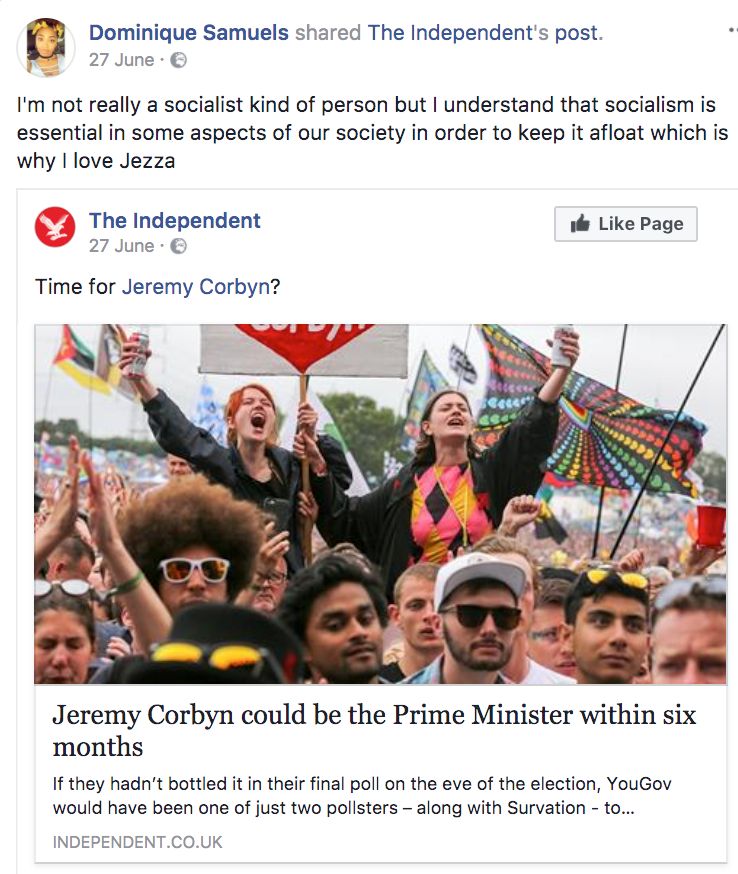 Despite Turning Point UK being in support of free market principles, where governments don't interfere in economic markets (such as putting taxes on products), Dominique posted "fuck neoliberalism," saying it was "just an ideological choice for selfish cunts". 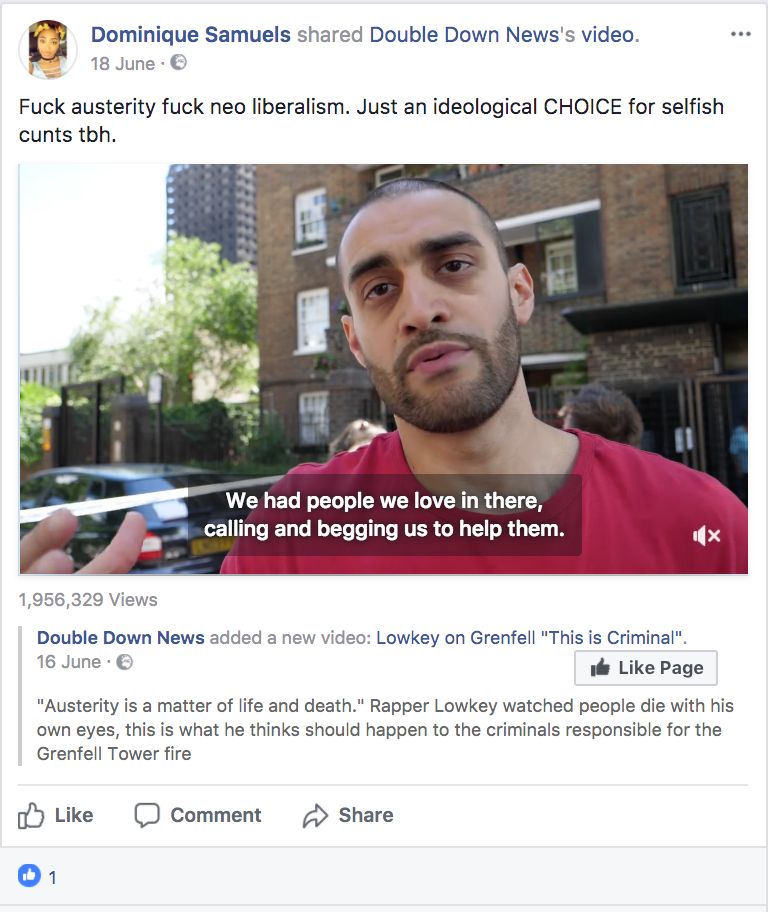 In her personal Turning Point UK promotional video, Dominique backtracks on this view, saying: "The free market, innovation and traditional values is what will set minority communities free." 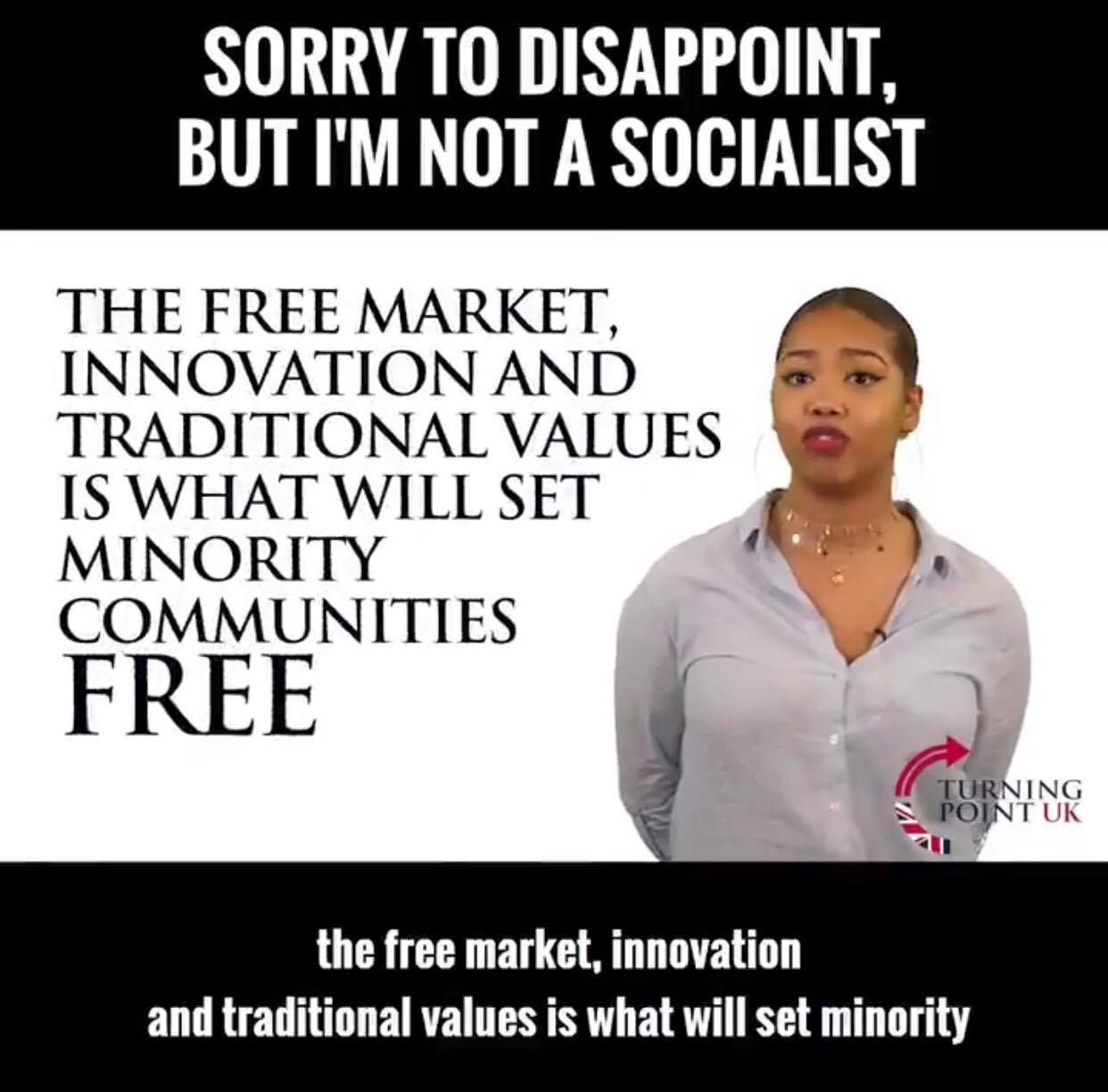 We also found a video about Grenfell Tower that she shared, claiming that she "wouldn't put this past the government." 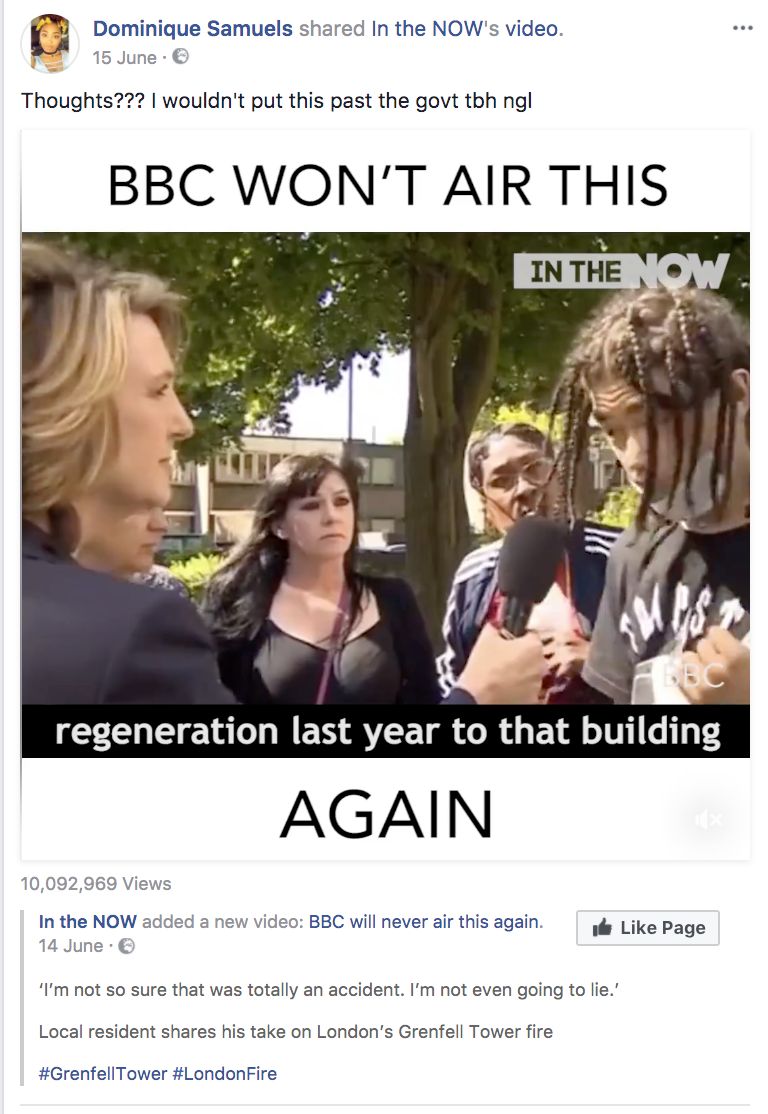 We went to Dominique to ask her to explain the quite drastic recent change in her political views, telling The York Tab: "I've been very clear about my past political positions and never once denied voting for Corbyn in the last election. As per my piece written for the Young Conservatives website, I said that I too subscribed to a left-wing train of thought.

"Shortly after the election, I felt as though I needed to find a political home, seeing Labour as the only viable choice because of the stigma attached to the Conservative Party. I soon realised this wasn't the case and finally admitted to myself that I was in fact a conservative.

"I remember in college during exam season I was nervous about telling my teacher, but came out with it anyway. It was a pretty big moment for me, as politics is something that I am passionate about.

"In reference to me saying some elements of socialism are essential – I've also always been clear about that. In an article I wrote for my blog on why I'm a conservative, I said if an idea is deemed 'socialist' but works, then I am for it, because results surpass personal ideology. The NHS is arguably a socialist blueprint, for example, and I deem free healthcare a human right and something everybody deserves.

"In reference to the incident of Grenfell Tower, a lot of the reporting surrounding the incident was heavily emotive and angry at the government for what had happened. I then became aware that it was a Labour Council in control of that area, so it wasn't as black and white as I initially thought it was. Then again it is absolutely essential that the government addresses the issue of unsafe cladding, which I believe it has done.

"And I'd also lastly like to add, that the Turning Point UK organisation is strictly for the encouragement of free market, capitalist ideals, something I have educated myself on as my political position has changed."

We also asked Dominique if she is being paid by Turning Point UK, to which she replied: "Nope it isn't paid. I'm doing this because it's important."