I didn't choose Halifax. In fact, I’ve hardly met anyone who did. It was something like my fifth choice I think, but I ended up there.

Look, I get it. I get those grimaced expressions that appear on your faces when I tell you I’m from Halifax, the little Heslington North Korea, a place that time – or at least the modernisation of York’s housing infrastructure – has completely forgotten. Like Nuketown, in a way, only almost 1,000 people actually live there with just one solitary Nisa close by to sustain them.

At first glance there is nothing ostensibly good about the place. In the popular imagination Halifax has become the lower intestine of Heslington West, chastised by all – even its inhabitants – like a pantomime figure.

But this is the thing. Halifax is so roundly knocked by everyone to the extent that, just like mushy pea sandwiches, its hidden beauty is often ignored. Beneath the ugly, pockmarked face lies something with a unique charm, something not found anywhere else on campus, and possibly even the universe?

So set aside your inherent Halifax prejudices for a second and let me tell you why the kingdom of Oleg Lisagor actually rules supreme. 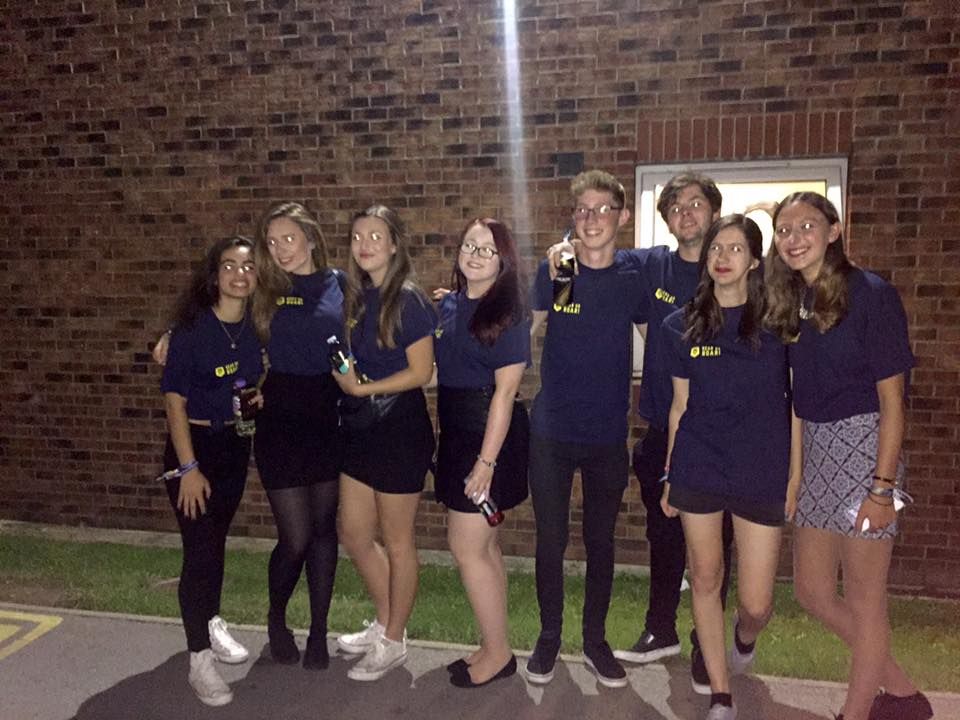 If you enjoy – or enjoyed – living on Heslington East, I have one question: what are you running from? What heinous thing did you do in the past to make it feel as if retreating to York’s very own Siberia was your best option in life?

Halifax looks like something from last century, sure, but I would personally take that over living in the middle of an actual wasteland, plunged into solitude in some kind of BTEC Hilton Hotel, alone in my ensuite among hundreds of others, but still very alone. No Nisa (as of yet), no places to live that don’t require you to take out a mortgage to afford, no means of getting to your lectures aside from a five-month hike.

The whole thing cost around £750m to develop, which is impressive, but no amount of money could ever mask the soullessness that pervades its barren landscape.

Apologies, Hes East ultras, but you just don’t have a horse in this race.

Halifax is basically a summer retreat

Don’t get me wrong: that walk to campus for a 9am – especially when it’s pissing down and you can’t feel your digits anymore and you start wondering whether spending thousands on an education you’re not even that passionate about just to avoid being a laughing stock in your family is really worth it – is truly fucking horrible. This is made worse by the very high probability of stepping in goose shit.

But when summer comes around and your only real concern is exams that don’t actually matter because you're a first year, there aren't many better places to be. Those of you from Derwent, James or Vanbrugh may have the Derwent gardens to visit as an escape from your concrete cage on a sunny day, but Halifax literally has acres upon acres: two massive fields on which to sunbathe and play football (or lacrosse, if that’s your thing) and, beyond its official walls, a whole forest and even bigger green spaces beyond.

The whole place feels like a kind of retirement home or rehab centre when the sun’s out – a removed, idyllic setting with endless space in which to either die peacefully or convalesce – only inhabited and turned into a constant bender by kids with unlimited freedom and plenty of government money in their bank accounts. Honestly, if you’re thinking of a trip to Zante with the boys next summer, forget it.

No filter despite what pat says

There’s no denying that Courtyard and D-Bar are both essentially good places. They are lifesavers if you want to be hammered but can’t be bothered to get the 66 into town. They provide booze, nachos and screen terrible election results. They also comprise to serve as the social nucleus of the university if there is one.

At JJs, Halifax’s common room, you can’t do any of this. There is no working TV, no bar. Just a vending machine and a pool table. The whole place, compared to its bigger Derwent brother, is essentially destitute, just an open space with some speakers.

But that, right there, is what makes it so brilliant at the same time. While a visit to the Courtyard pretty much goes the same way – food, doubles, jägers, Salvos, vomit, some terrible mistake you barely remember – there are no guidelines whatsoever in JJs. This is a place you visit when the night is done but you don’t want it to be, and so you and a few others spill into this ramshackle common room and basically just fuck around to your heart’s content until the sun comes up.

Have you ever been woken up at 4am by a couple of friends at your window, their faces gurning uncontrollably, asking for cigarettes and then talking at you for a good hour even though they know full well that you have to be up in a few hours?

Living on the ground floor in Halifax makes this your reality, and it can make you occasionally miss the solitude guaranteed back at home. But looking back now, stuck in a house on a street full of unapproachable strangers and kids on bikes who only take interest in mouthing off at you, that ubiquity of people at all hours is something I miss.

Even during a late night walk when you can’t get to sleep, there’ll be somebody you know – perhaps a lot, perhaps vaguely – hanging around, probably in the same situation. Jamming nearly 1,000 people into a half mile radius, like some obscure version of the Venus Project, can be problematic if you want some peace and quiet, but it also means something is literally round the corner at any time.

You will never in your life experience a more acute form of terror than when a goose, backed up by its dickhead mates, turns to you and lets out a piercing hiss. There’s something about the pitch of it and those tiny, sharp little teeth that just gets under my skin.

This is why I never felt truly at ease hanging out in Derwent. Just the possibility of one of those little fuckers waiting for me outside was enough to put me on edge. I once fell off my bike trying to go round a group of them. Geese are the heroin addicted brothers of swans, aren’t they? All grey and shitting everywhere and hissing and making your walk to anywhere in campus an obstacle course.

But the prejudice towards Halifax seems to run so deep that even geese don’t bother to go there, ganging up on 22 acres instead, which is where the aforementioned bike incident occurred if you’re interested. Come to think of it, this segment is more about my own personal fear of geese than anything. But all I know is that, had geese been patrolling the courtyards of Halifax every day, I wouldn't be writing this piece. I probably wouldn't even be alive. 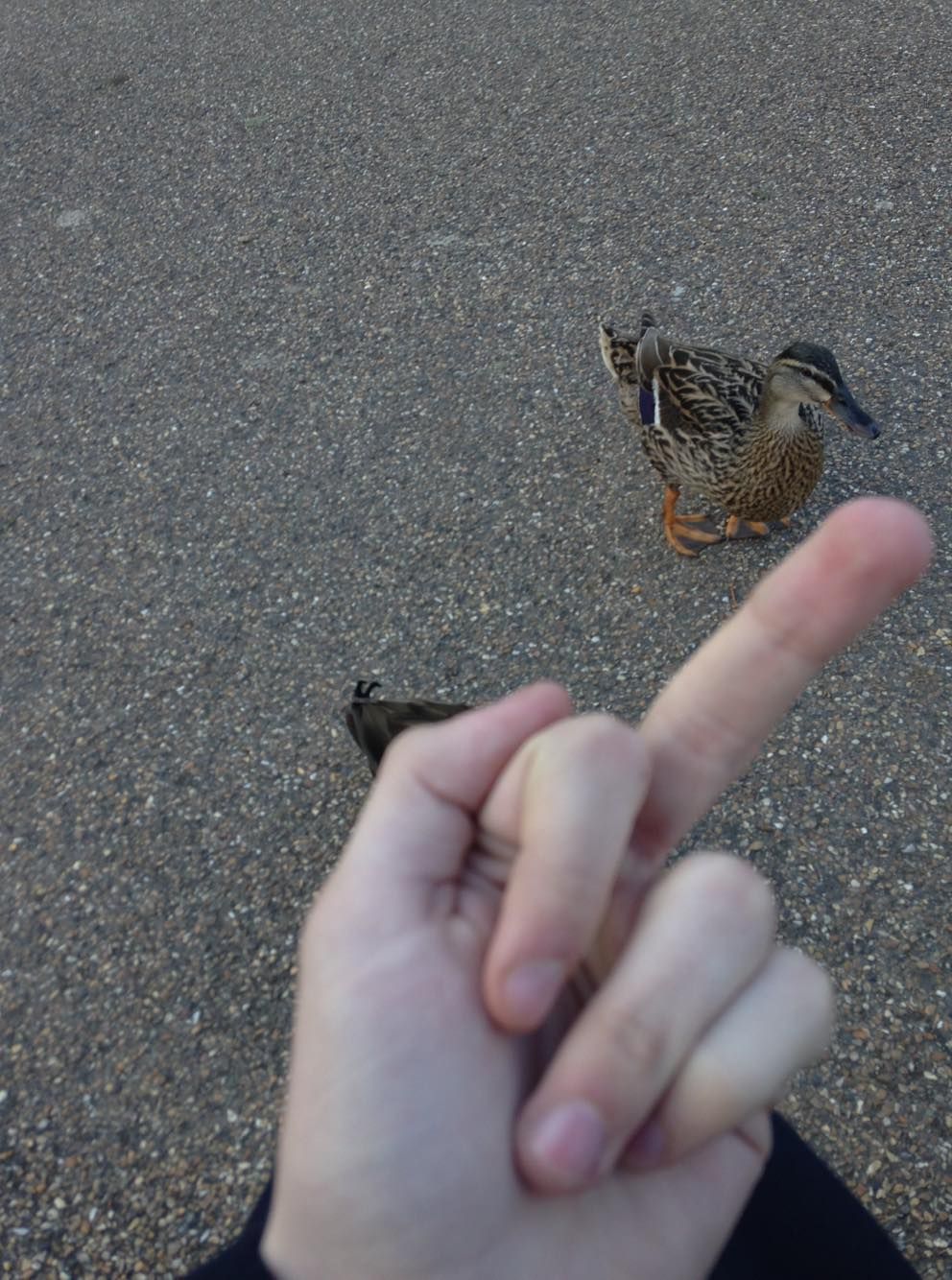