York, a city that is not necessarily well know for its nightlife. However, each club in York is varied, with something for everyone to enjoy. We're here to you familiarise yourself with all the types of places you can go in York, with a comprehensive list of the clubs and bars, and what the people there are really like.

Where to begin with Kuda, eh? For this essentially encompasses three clubs in one, and they could not be any more different. Having said this, it is the Tiki bar, which holds our attention. The Tiki Bar plays mostly Hip Hop and RnB on Tuesday nights and there is also a camper van seemingly dumped in the middle of the bar – don’t ask why, we don’t know why, no one knows why. If you’re a lover of Drake and ALL of his albums, sprinkled in with a bit of Kanye and Skepta, then this is where you should be. All day. Everyday. 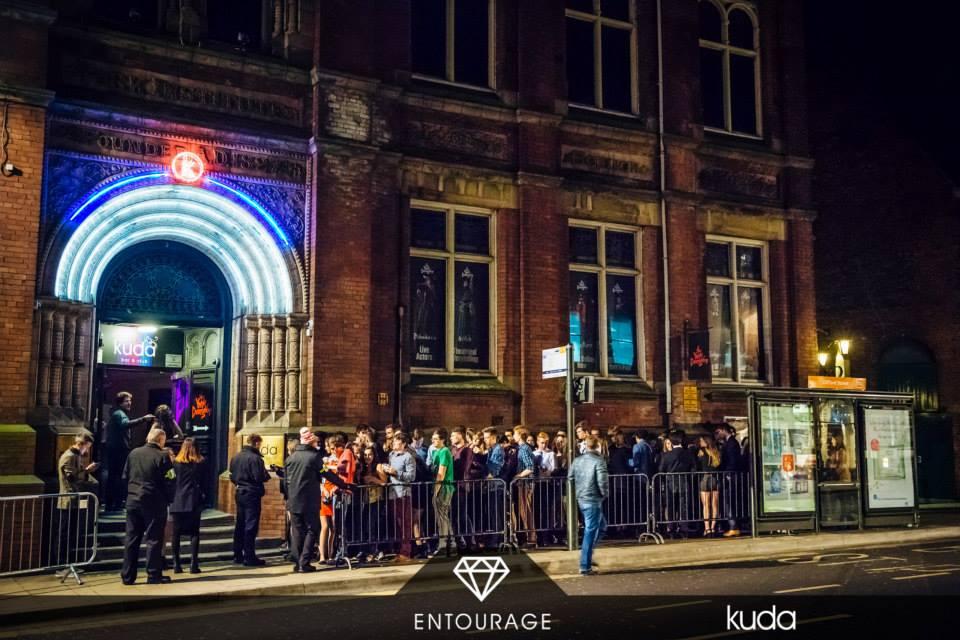 A certain type of breed likes nothing more than necking a VK topless whilst dancing to the “Year 3000” in Salvos. The true die-hard Salvos follower will be there for sport night on a Wednesday and will follow it up on Friday when Salvos turns into everyone’s favourite island destination, Koh Samui. Please only go there if you are suitably dressed (anything that is not your usual clobber), are an absolute lad, love nothing more than early 2000 era tunes and salivate at the thought of downing every type of VK you could possibly think of, or if you just fancy a laugh in a club that does not take it self seriously. If these tick your boxes, this is the club for you. 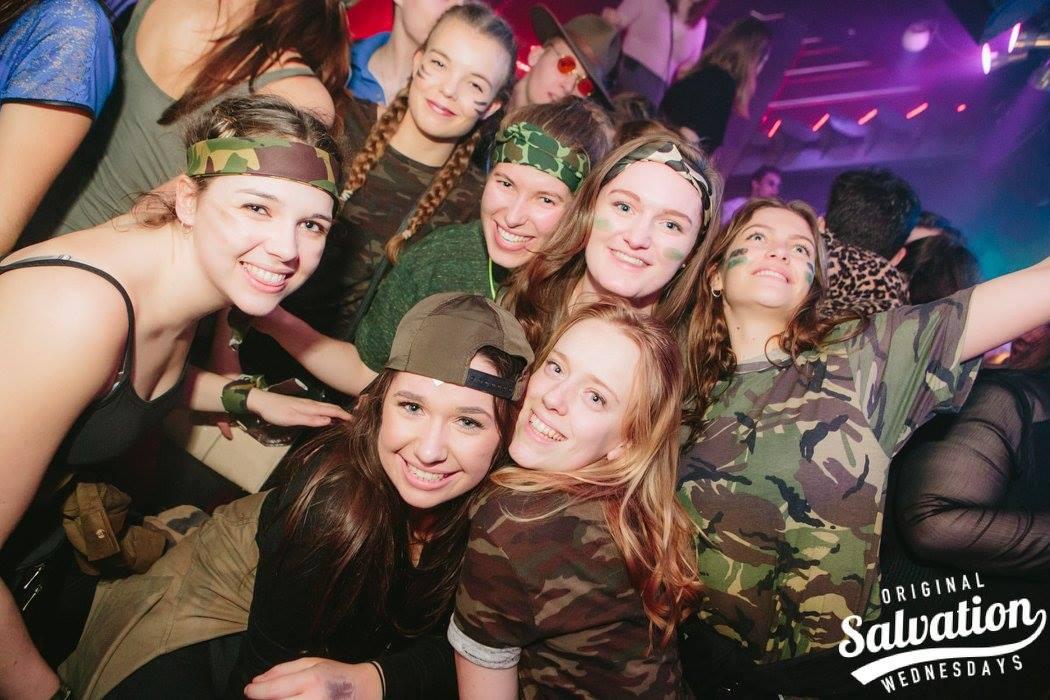 This is just so classic

This is the essential halfway point between the University and its big brother, Salvos. Society and Salvos are by the far the most popular Yorkshire double act since Paul and Barry Chuckle. For some, Society is the beginning and end of the night. With its own dance floor and DJ pumping out the freshest chart bangers and with an upstairs area to boot, Society deserves to be called a club in its own right. When you add in the fact that it is free entry on Wednesday's providing you show your student ID, it produces a cocktail mix full of fire and fury that many of us can’t say no to. 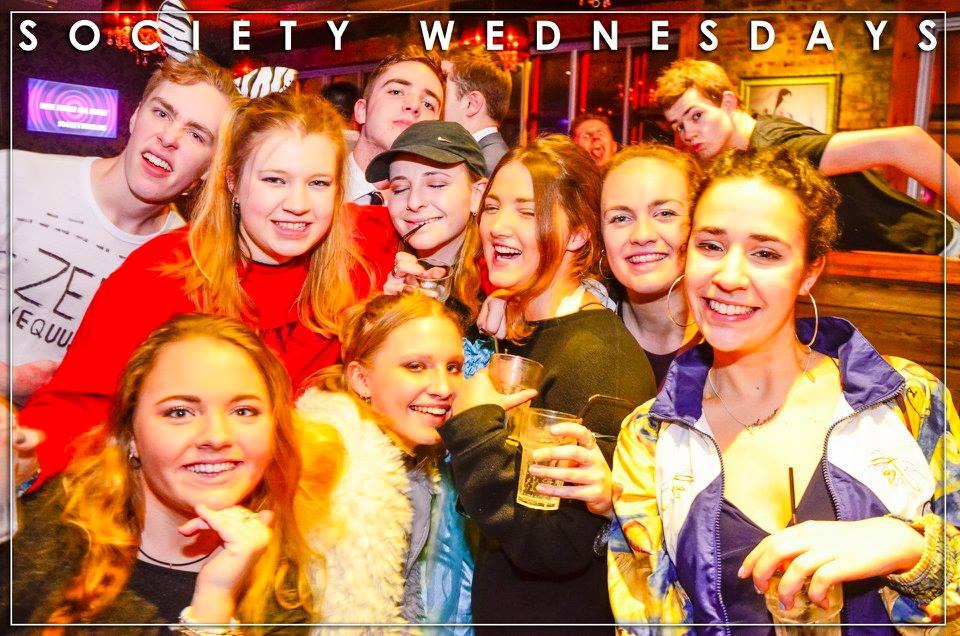 The Stone Roses Bar, named after you guessed it… The Stone Roses. Well this never fails to disappoint. Jammed packed with pool tables, a juke box and paraphernalia to keep you occupied all day, this bar has plenty to offer students. It also serves the legendary "blue shits" for a good price. Freshers, please note: don’t be afraid to say blue shit at the bar, just go ahead and call it what it is – a blue shit.

Fibbers’ two rooms are always rammed all week, and have a rotated cast of characters. There are two leads, the first of which are the people who want a good night but end up spending the whole time in Bierkeller, either sitting on the tables or by the big, plastic cow (Why is that even there? Why does York love a prop so much?). The other stars of Fibbers are the people who stay in the main room, making their journey towards to the edgier side of York club life but not quite getting there. 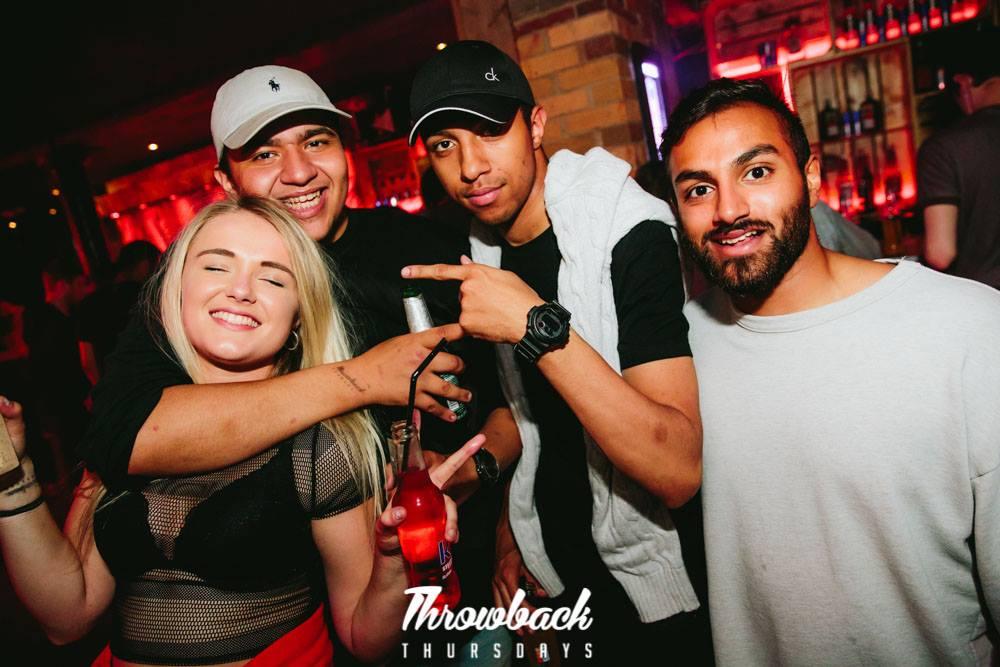 In any other town, Revs is the bar that you’ve heard about that is basically a classy Spoons, and has a dancefloor. However York students, ever the party animals, like to dress up in their finest and go on a Sunday night. It's a bit pointless though as they'll end up vomiting in a street whether they're in a suit or not. Common species found in Revs are the Lesser-Spotted Gym Lad Who Loves VKs and Wears a Really Tight Shirt, the Common or Garden Posh Boy in an Overpriced Suit and the Rare Girl Who Gets a Hysterical Photo Outside to Get Into Clubbers of the Week. 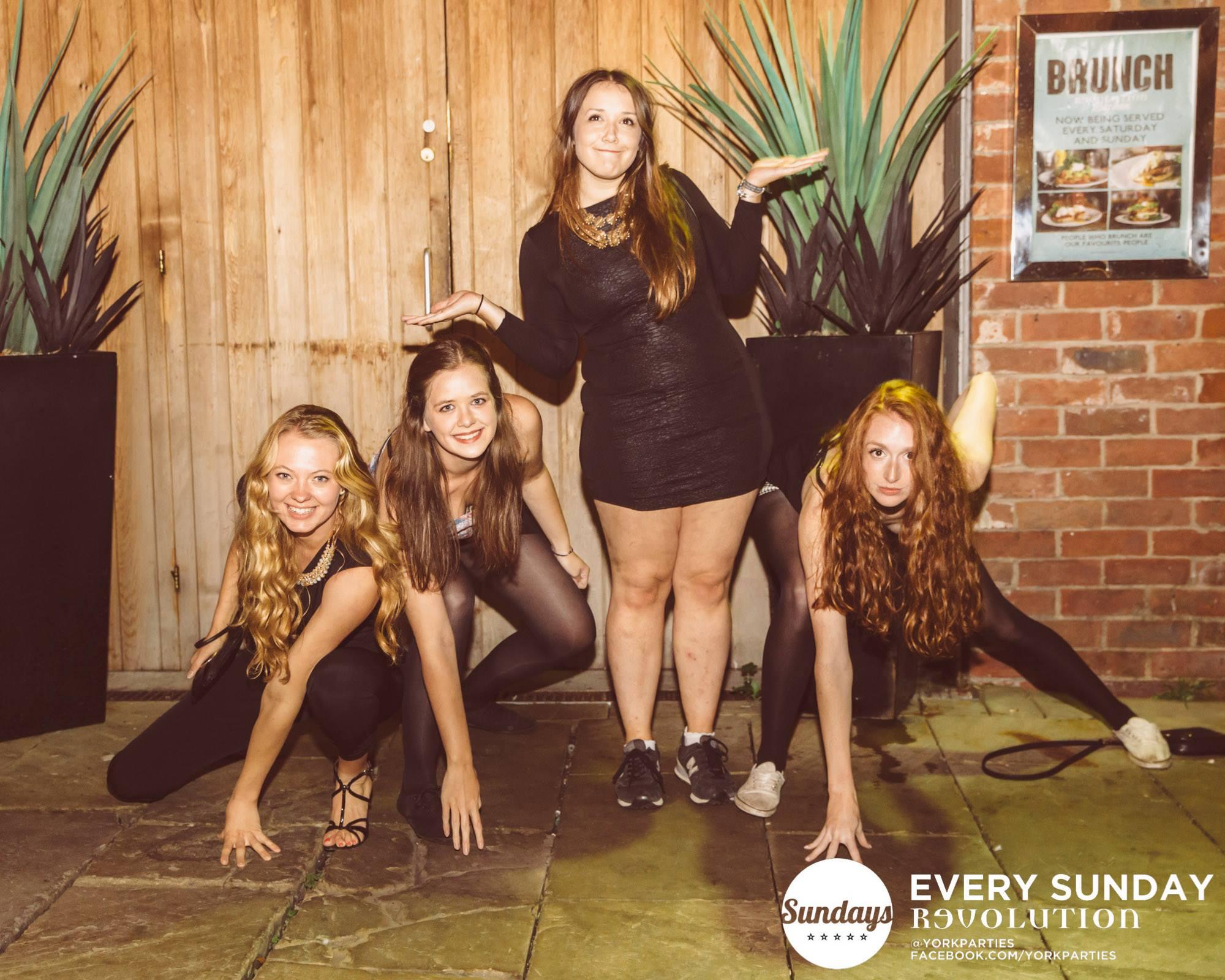 Usain Bolt or dropped your keys? 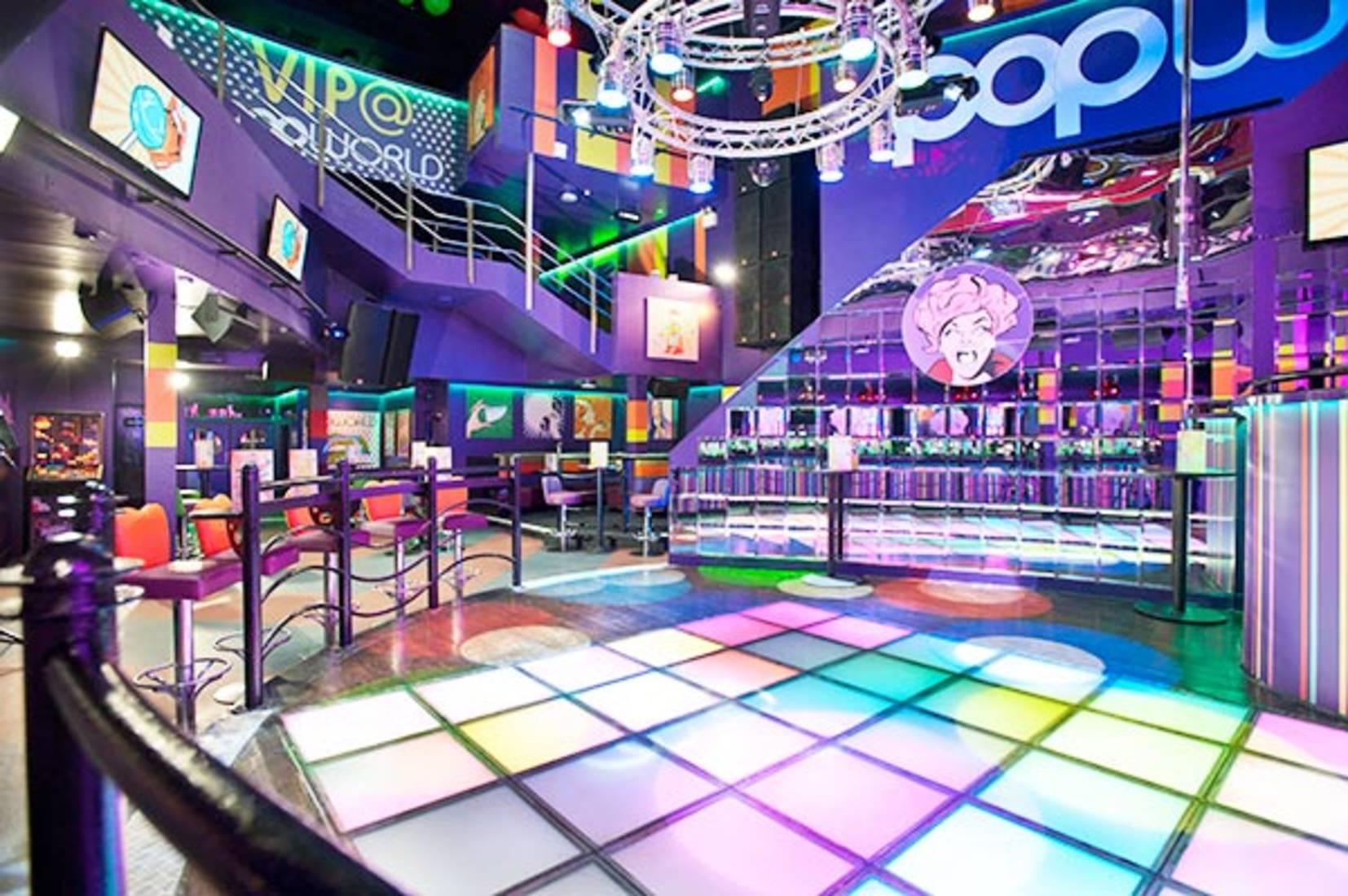 The small, dingy basement of Mansion is populated by various different people throughout the week. For some nights, it’s filled up by your classic ‘I wish I was from the 90s’ kids in vintage adidas jackets who are looking for the wonkiest techno they can find. However, on Fridays, Mansion hosts Phats. This is the night where the lacrosse team put on their best vintage sports wear and head out for the slightly 'edgier' night of the week. 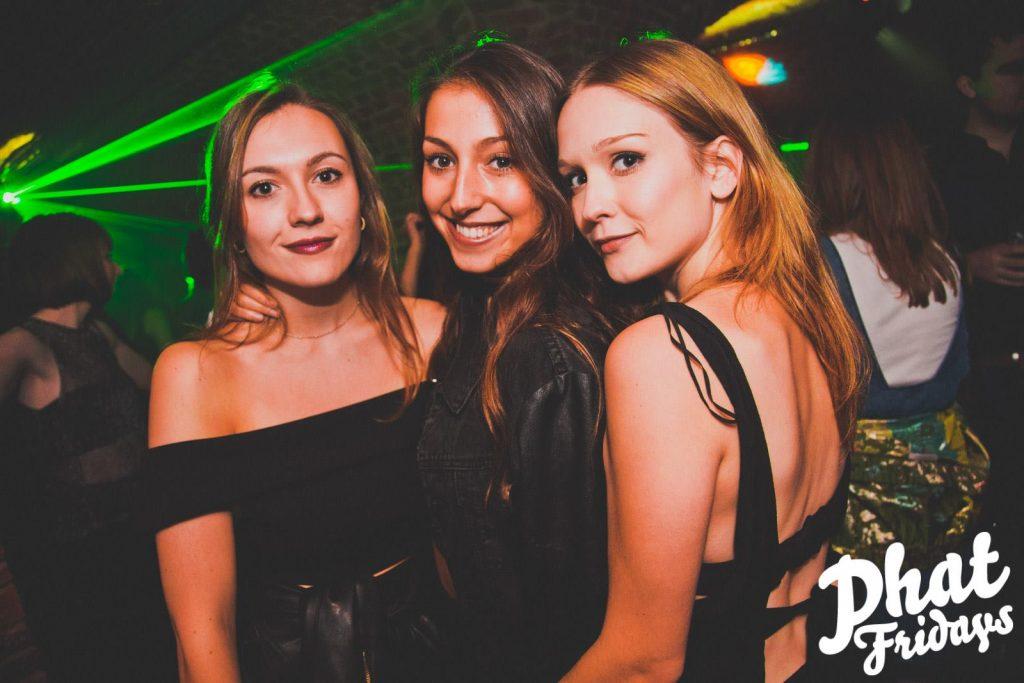