Why do boys love cross-dressing so much?

At some point someone made a decision that it was impossible for any club or society to meet up without there being an imposed fancy dress code, designed to make you look like a fool. Whoever came up with this rule is actually doing us a favour by showing us exactly who we should avoid at all costs on a night out. There is however, a very limited list of themes that seem to be suggested and this list probably has them all.

A chance for girls to reuse the black cat ears they bought en masse for Halloween. If worst comes to the worst, steal some black eyeliner and draw whiskers on your face; in fact, this will make you blend in quite nicely. Pray the one weird guy who never speaks doesn’t turn up in a full on Furry costume. 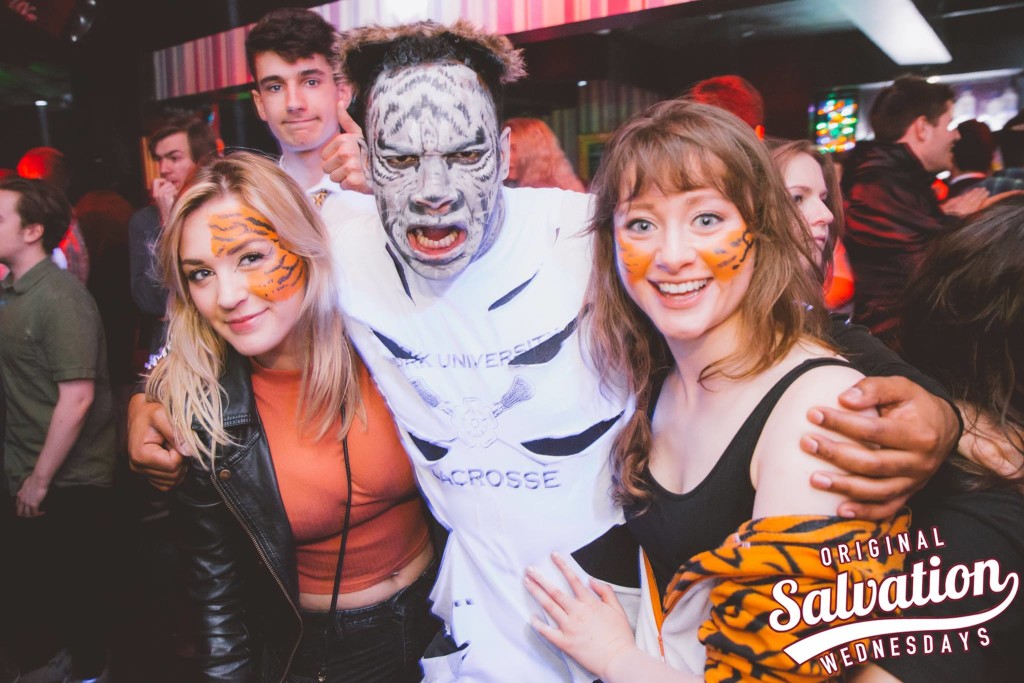 At least they made an effort

Arguably this is a sport in itself as you certainly need to be strong to survive it. The posh person’s dream as they try and pretend they had to buy the Ralph Lauren argyle sweater for this, rather than select which one of theirs they would wear.

Prepare yourself for everything you wear to be mistaken for something else and for accidentally racist comments to be thrown about all night. If you’re from a culture with an outfit exciting enough to wear then it is probably the least club suitable outfit ever, and if you’re from the UK then you undoubtedly will make zero effort. 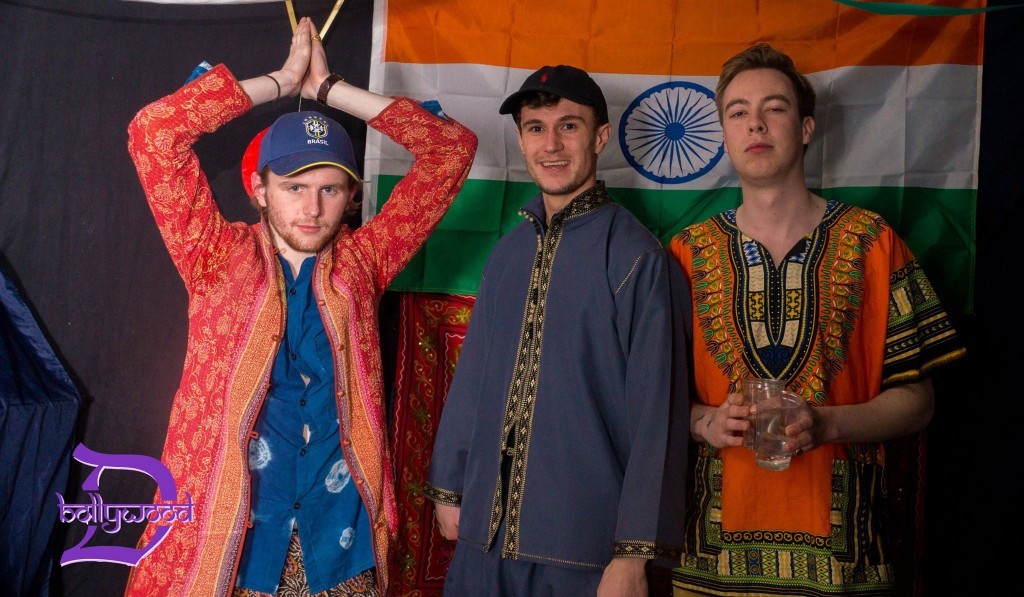 Also known as the least imaginative social theme ever. This theme only ever seems to be chosen by those who play sports which people actually consider to be legitimate and impressive to be on the team for – therefore you’re never going to see the Archery club wearing their kit. 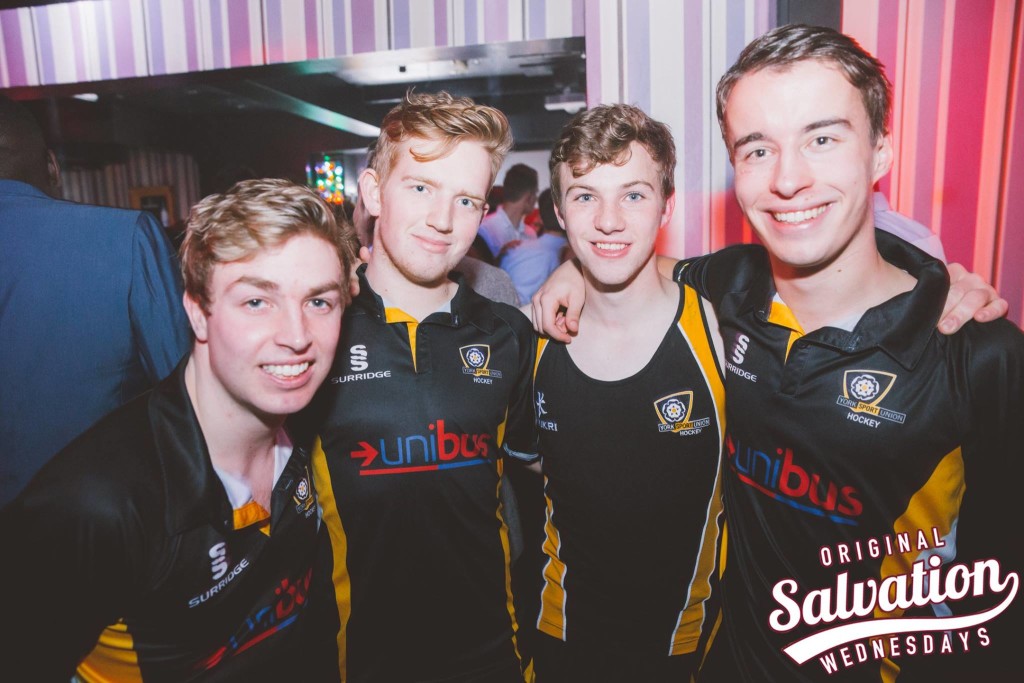 Did you come straight from training?

Possibly if York were a more wavey place this would be more popular, with people keen to show off their hippy garms. Prepare for every photo of you from that night to have at least one person posing with the peace sign, and for at least one person doing some form of elicit substance to ‘really capture the theme’. 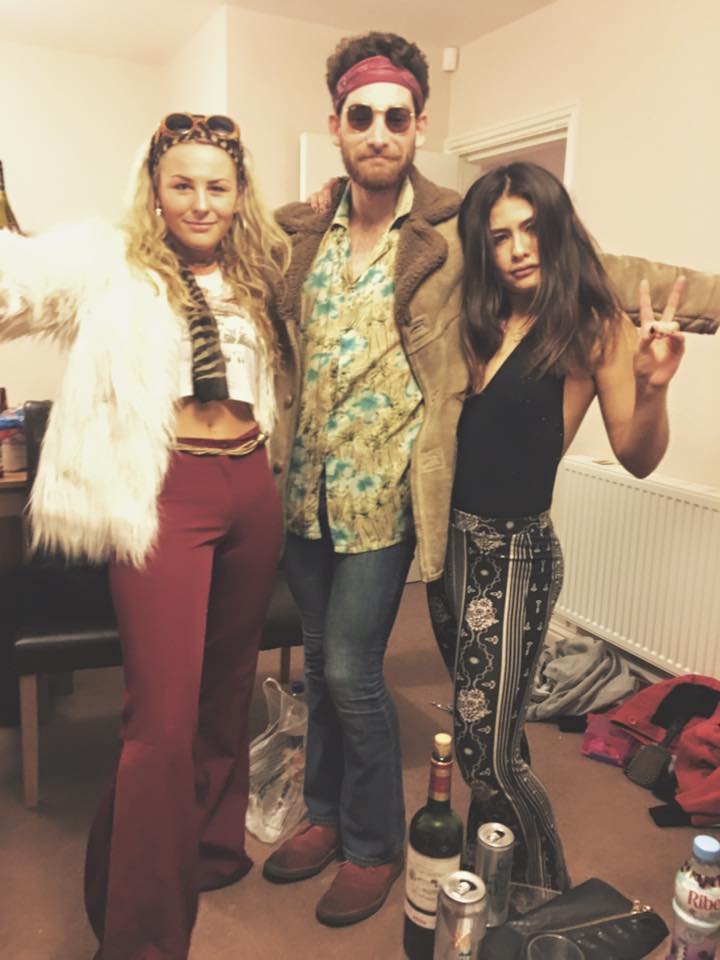 A throwback to the end of Middle School disco, when neon was all the rage. If you’ve got this outfit sorted from things you already own then either you’ve been on too many of these socials or you just really need to rethink your fashion choices.

If your idea of a good night means pulling someone then avoid this theme like the plague. Baggy dresses and thick rimmed glasses galore, dress like the sort of granny that might have been eaten by the wolf in Little Red Riding Hood, rather than any actual grandparent you have. 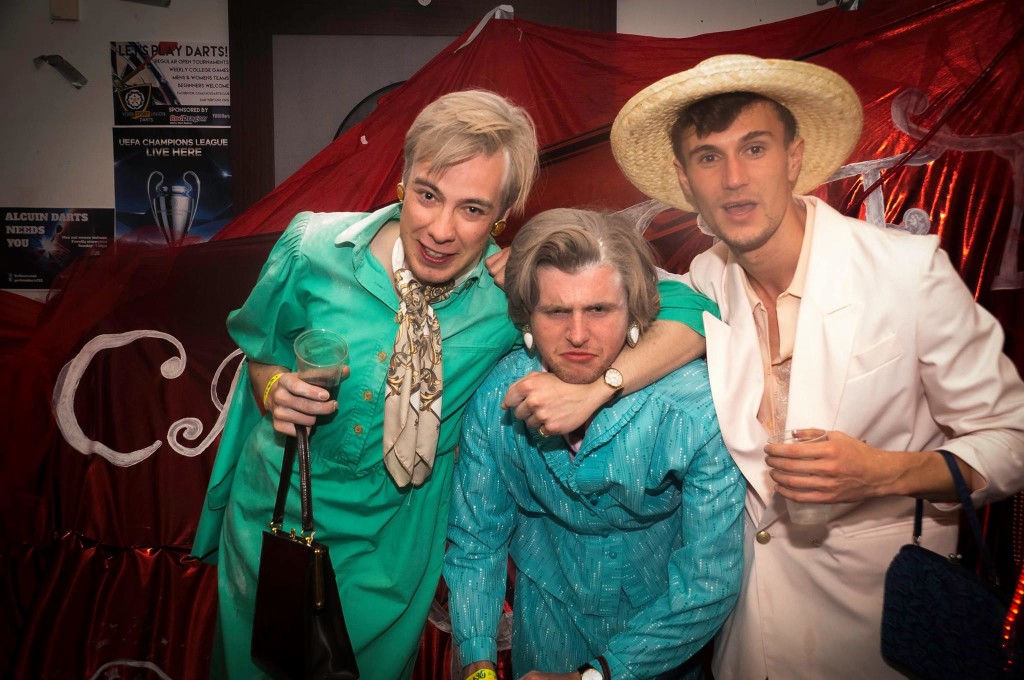 This theme always seems to surprise people with how many already own some piece of camouflage clothing. Definitely more popular than the Navy for the exclusive reason that no member of the YMCA has sported this outfit. 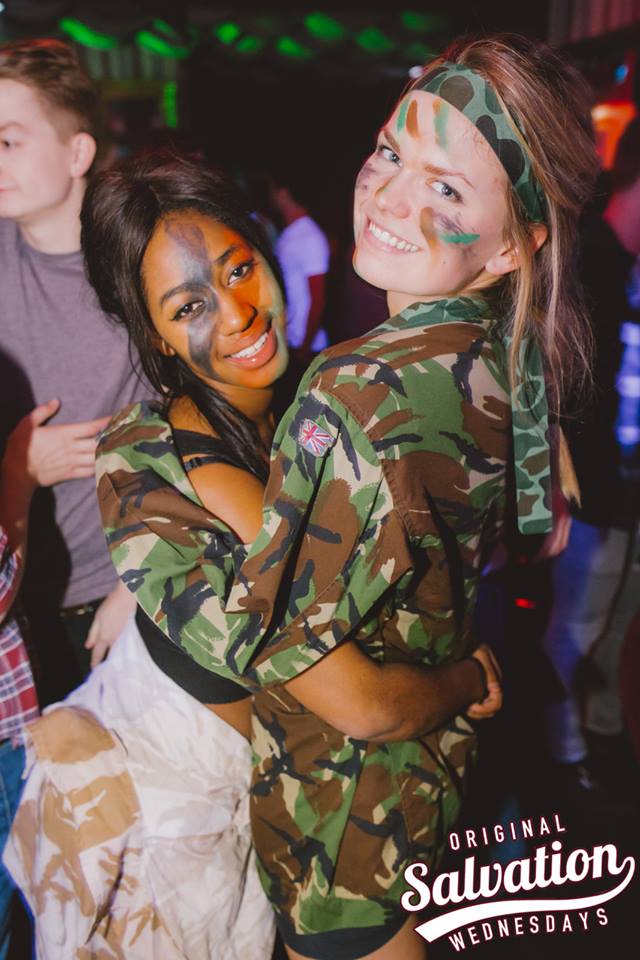 Why do people pre-own their costumes?

Another exceedingly lazy theme, where a striped shirt or an all black outfit can happily see you through. On the plus side carrying a swag bag around all night will mean you have room for all the rubbish you usually can’t fit (and don’t need) on a night out.

This is less of a theme and more of a life choice. Glitter is like sand – you may not have been to the beach for the past six years, but that doesn’t mean you’re not finding it in the pockets of those clothes. Whoever chose this as a theme is literally the devil. 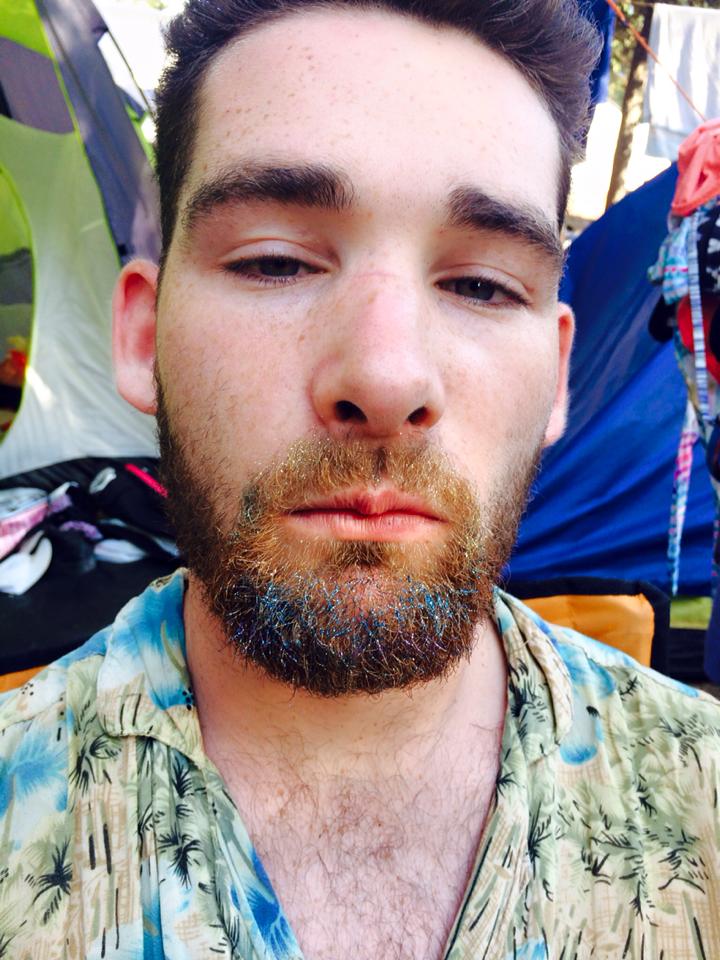 Glitter is never a good idea

Checked shirts do seem to be a male classic on a night out so might as well make it a theme. Combine it with some denim for… actually are all guys already doing this theme every week?

When your mum said it was sensible to buy dark bedsheets because stains wouldn’t show as badly, she wasn’t considering the inevitable toga themed social you were going to get invited to. After debating whether you can convince the others that some people did wear navy blue togas in Roman times, you buy the cheapest sheet you can physically find. This actually works out okay, as you are now able to put off washing your sheets for an extra week and going to bed in last nights outfit becomes more socially acceptable. 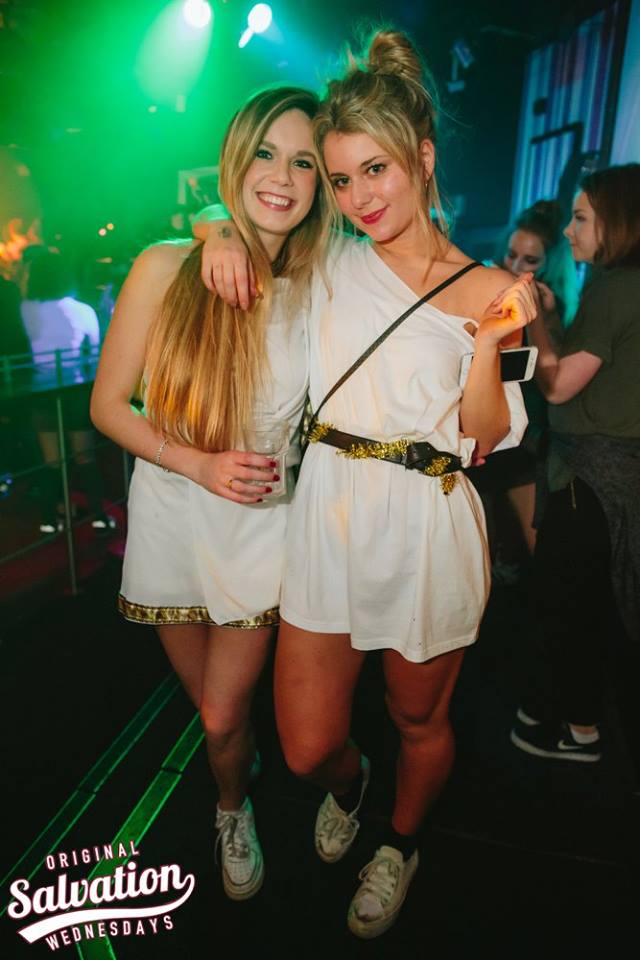 The highlight of British society – and a rejected Derwent event theme – means many clubs can’t resist the social theme. Whilst not actual part of the dressing up it seems you have to bring your attitude along with your gold hoops, and be as annoying as physically possible as if you were a rubbish method actor.  I didn’t want to use a picture for this one in case they weren’t in costume.

No, no, we’re not talking about when the rugby team in their suits, we’re talking about actual prehistoric humans. A good excuse not to brush your hair for a few days in preparation to really get that bedraggled look, and laugh at the guys with a small amount of bum fluff on their chins, who pretend they have a ragged cave beard. 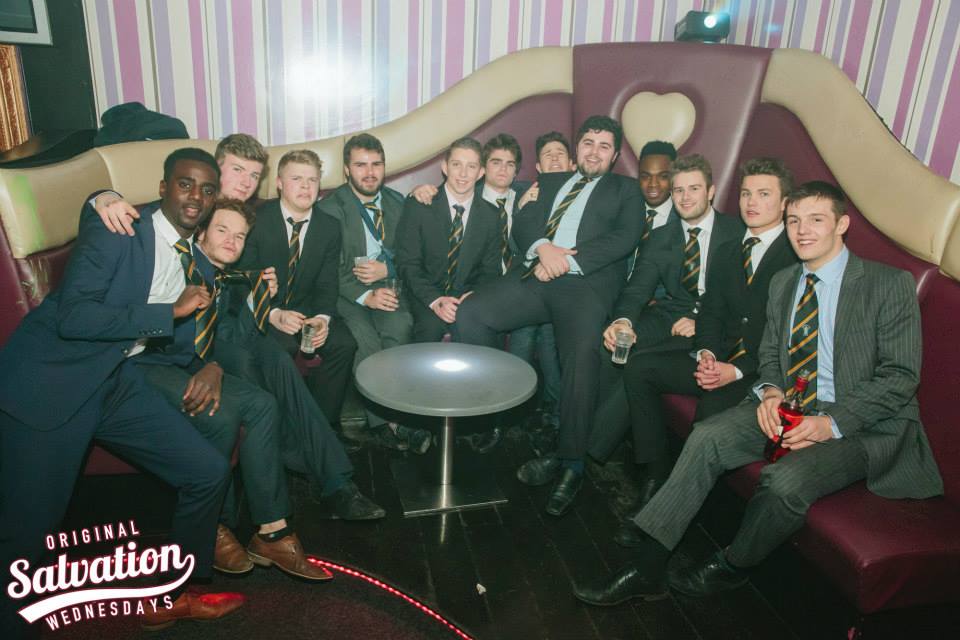 Don’t be the only idiot who doesn’t fully understand the theme and so wears their brand new Abercrombie and Fitch shirt their mum bought them for Christmas. Bring your own pen and be more possessive of it than you probably will be with your own children. When you get home count how many dicks have been scrawled across your back and use it to calculate how unpopular you are.

Why does any social around Christmas actually have to be Christmas themed? The captain always seems to take Mary in the Nativity scene and before you know it you’re left as the bloody donkey. Worse is Christmas jumpers though, as anyone who can actually survive the heat of a club in more than a t-shirt is my saviour. 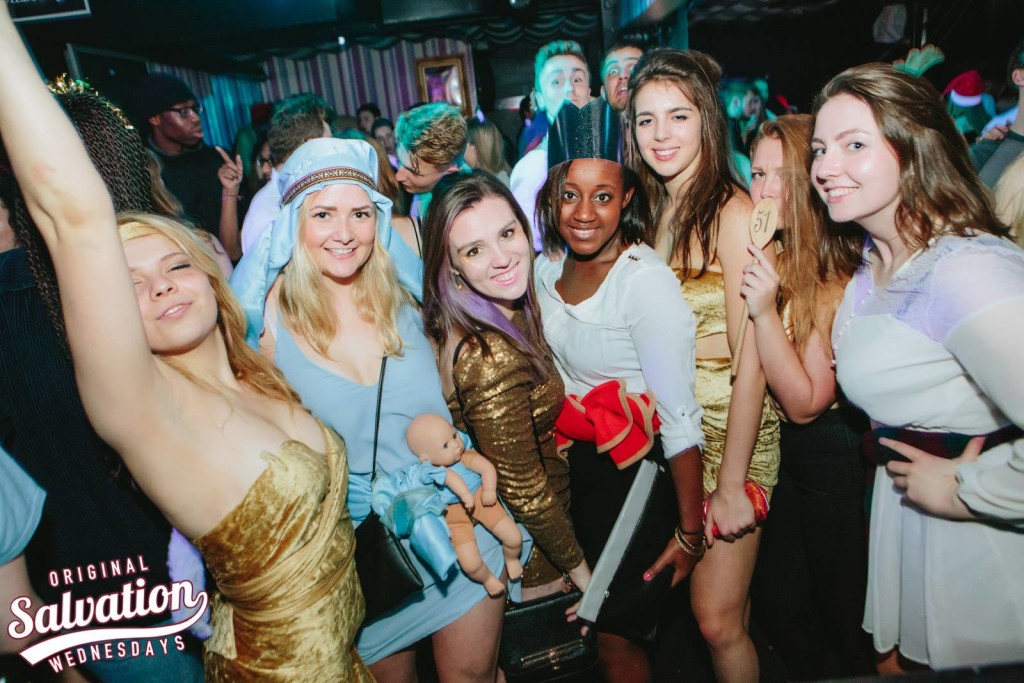 It’s amazing how many people read this as ‘use a costume you already own and maybe wear some fangs’. Who knew you could have a zombie everything? To be honest it doesn’t really matter what you dress up in as the queue for the clubs on Halloween Night means you have no chance of ever getting in anyway.

Prepare to feel kind of creepy if you ever get with someone on one of these socials as it’s ultimately not great that you felt the best pull in the club was someone wearing pigtails. Also, if you went to private school borrow a friend’s tie, because you don’t want to get VK on your silk prefect tie now do you? 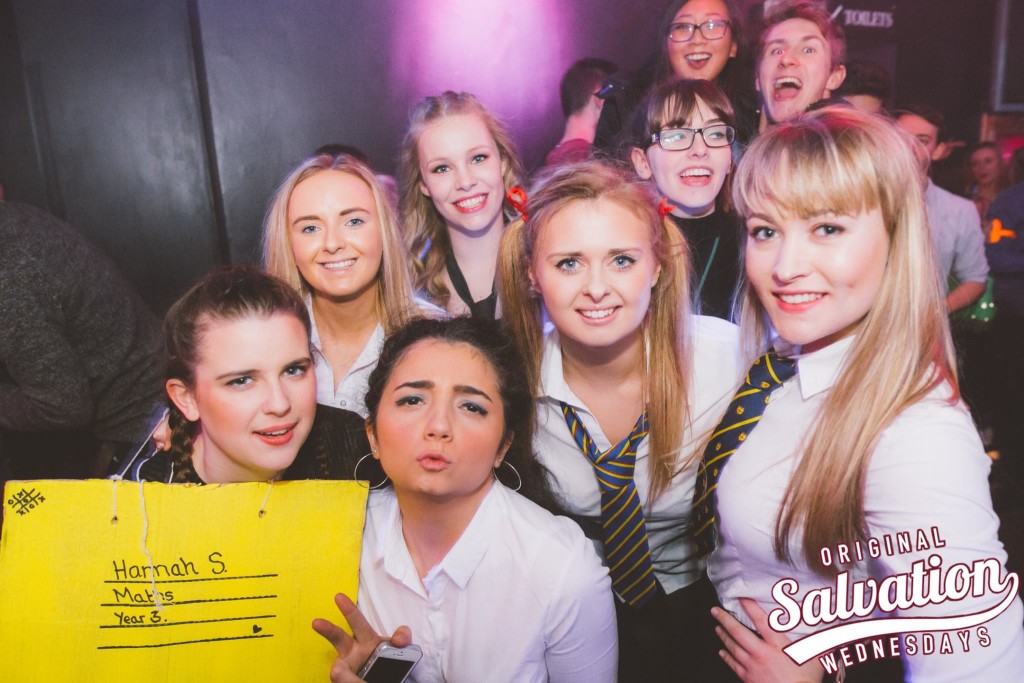 It’s a bit weird if you find them fit

You don’t actually have a clue who this person is but apparently the social sec lived with them in first year, so the whole team is ordered to wear their campaign colour and annoyingly carry a cardboard sign with their name on around all night. Ditch the sign as soon as you can, pray their colour isn’t something vile like yellow, and basically pretend its just another night out. 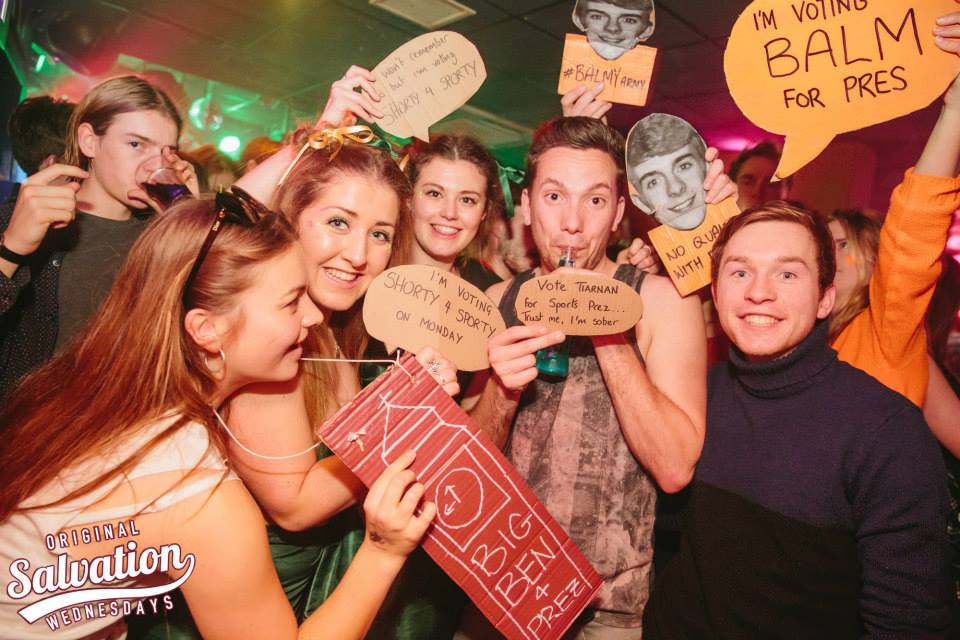 I actually have no idea why guys find it quite so hilarious to don a dress for a night out, but there you go. Whether this gives you a chance to explore yourself more or you just like the feeling of a breeze on a night out, this theme is sure to be a laugh. And maybe then guys will understand why we bother bringing a coat with us and spend half the night just queueing to put it in the cloakroom. 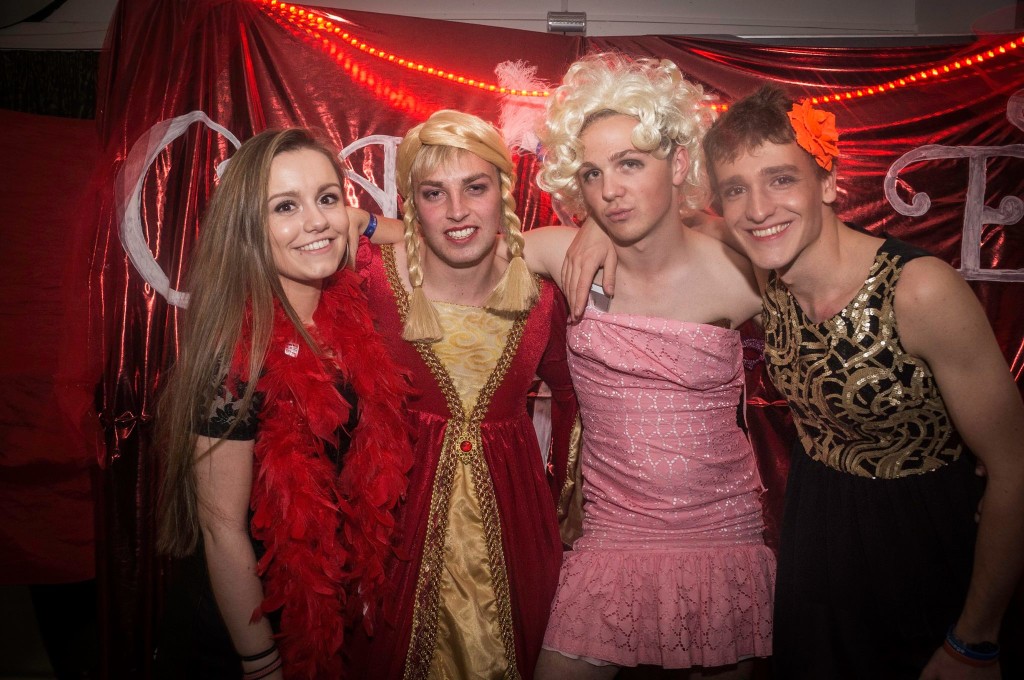