Because that’s what matters now

LinkedIn is a business orientated social networking service, and is mainly used for the business industries. It now has over 300 million users in over 200 countries- and we have made it into the top 15 Universities for accounting and media. 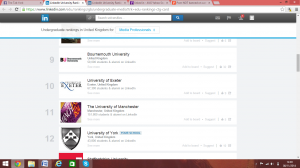 Second year student Hamish Dudgeon commented: “I think that given the size and scope of the University scene in the UK, coming 15th and 12th in the country supports York’s growing reputation and popularity. However there is definitely room for improvement.”

We were beaten by Universities such as Oxford, Durham and UCL. 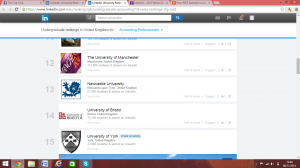 The list is a way of ranking “which schools are best at launching graduates into desirable jobs,” which they do by analysing millions of alumni profiles. For the media professionals, they identify the top companies where media professionals are choosing to work, then find people on LinkedIn who work in that area and what University they attended, and then work out the percentages.

We even made it to 20th on the list for finance professionals.