Carnage: ‘I felt like a sheep in a chaotic, Jaeger-smelling flock’

But it was quite tame

When we heard Carnage was coming to the streets of York, it left us with no doubt that it was going to be shit.

But it actually turned into quite a good night. 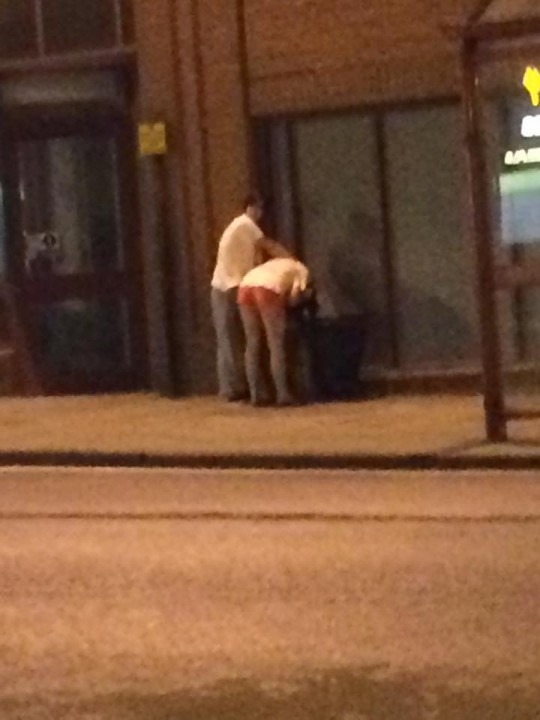 Classic sick in a bin photo

It may not have been the night of our dreams/nightmares (it is still only York) but it left us feeling confident that York is a city to contend with when it comes to this kind of unspecified carnage-like behaviour.

After initially believing that York Carnage was getting desperate, giving away T-Shirts to anyone that would take them, they actually sold out.

Ken Scholic, Bar Manager at Yates’, said the evening was a “huge success and the bar was packed out”. And seeing as Yates’ was one of the bigger bars on the route, they deserve a bloody good pat on the back. 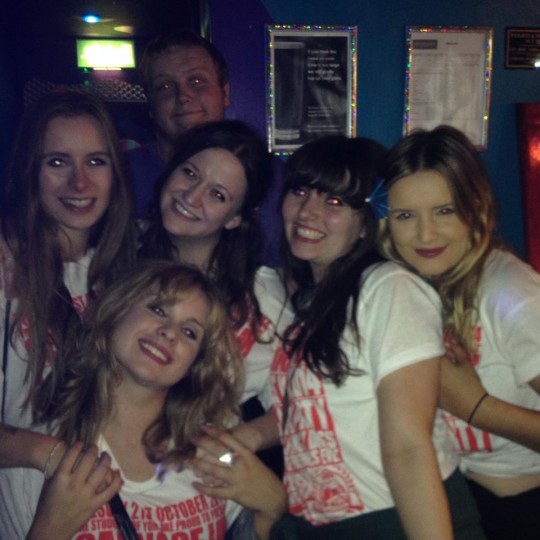 Second-year Spanish and Linguistics student Kirsten Guest agreed with this: “I thought Carnage was actually really good. There were enough people doing the crawl to make it lively and fun, but no bars or clubs were too overcrowded.”

This in a way makes the event better than the likes of Newcastle Carnage, where students described it as “stuffy” and “average”. Maybe less is actually more.

But Carnage does seem to have hit a slight nerve with residents. Local Mandy Shield was disappointed as she was turned away from Yates’, Popworld and Flares due to it being crowded with students: “Me and my friend went to watch Peter Andre at The Barbican, and wanted a quiet drink afterwards. But we couldn’t get in anywhere.”

She even went on to vocalise: “Students piss me off.”

But other locals described the event as “tame”. Poor show, Carnage. 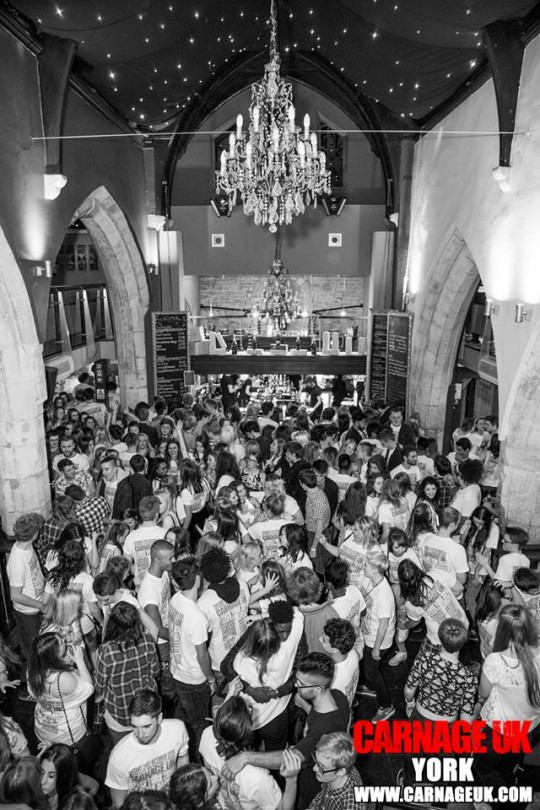 Who knew Parish could hold this many people… 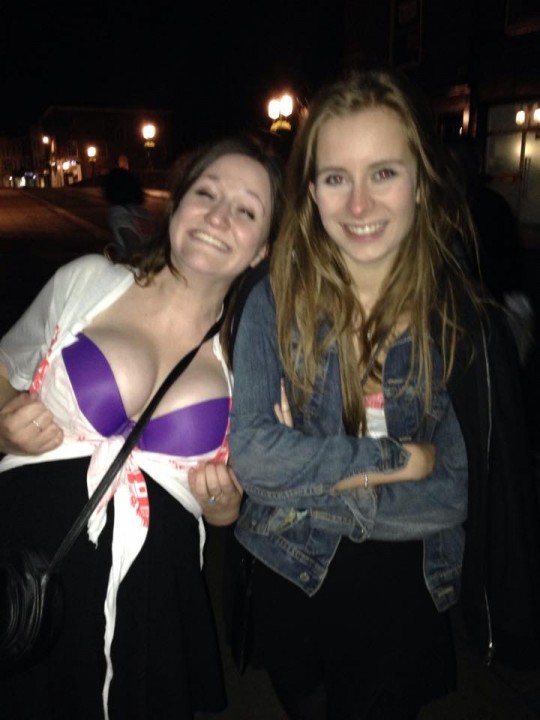 Summary of the evening

But despite being an overall success, the bar crawl was “a little too organised at times”.

First-year Archaeology student Meghann Connolly said: “I felt like sheep in a chaotic, Jaeger-smelling flock, they were trying to get us to stay in certain places so we could all move as one group.”

But initial reservations and fears aside, we must begrudgingly agree with the York Carnage Facebook page telling us to “take a bow.”

Never thought York had it in ‘em.