Her experiences of being arrested – twice

A student at Warwick University found herself under arrest on two separate occasions while taking part in the most recent Extinction Rebellion protests in London. The second time this occurred, she was arrested for: "allegedly obstructing the highway, being in breach of Section 14 and conspiracy to cause a public nuisance" and was held at a police station for a brief amount of time.

The Warwick Tab spoke to Laura, who in an interview explained what herself and other students at the University of Warwick are campaigning for alongside Extinction Rebellion.

The above photograph was taken from the Extinction Rebellion University of Warwick Facebook page.

Why did you decide to join Extinction Rebellion and how long have you been involved with them?

Well I think it was back in June at some point that I started to pay attention to Extinction Rebellion and what they were doing, and I started to get the desire to get involved because I've been aware of how dire the climate crisis is for quite a while now. I felt very disempowered as an individual. I didn't know what else to do. So something which actually put pressure of those governing and the institutions at large to make changes and to respond felt like something I had to do. Not necessarily that I wanted to do.

Were you involved with any other examples of environmental activism beforehand?

A lot of other activism I've seen I found it hard to get involved in. I'm not always someone who can go to the front of a crowd and can lobby or do anything like that, but because it's a leaderless movement it's something where every single body in the crowd counts, and I felt much more powerful as that mass of people than I would striving on my own to be an activist. 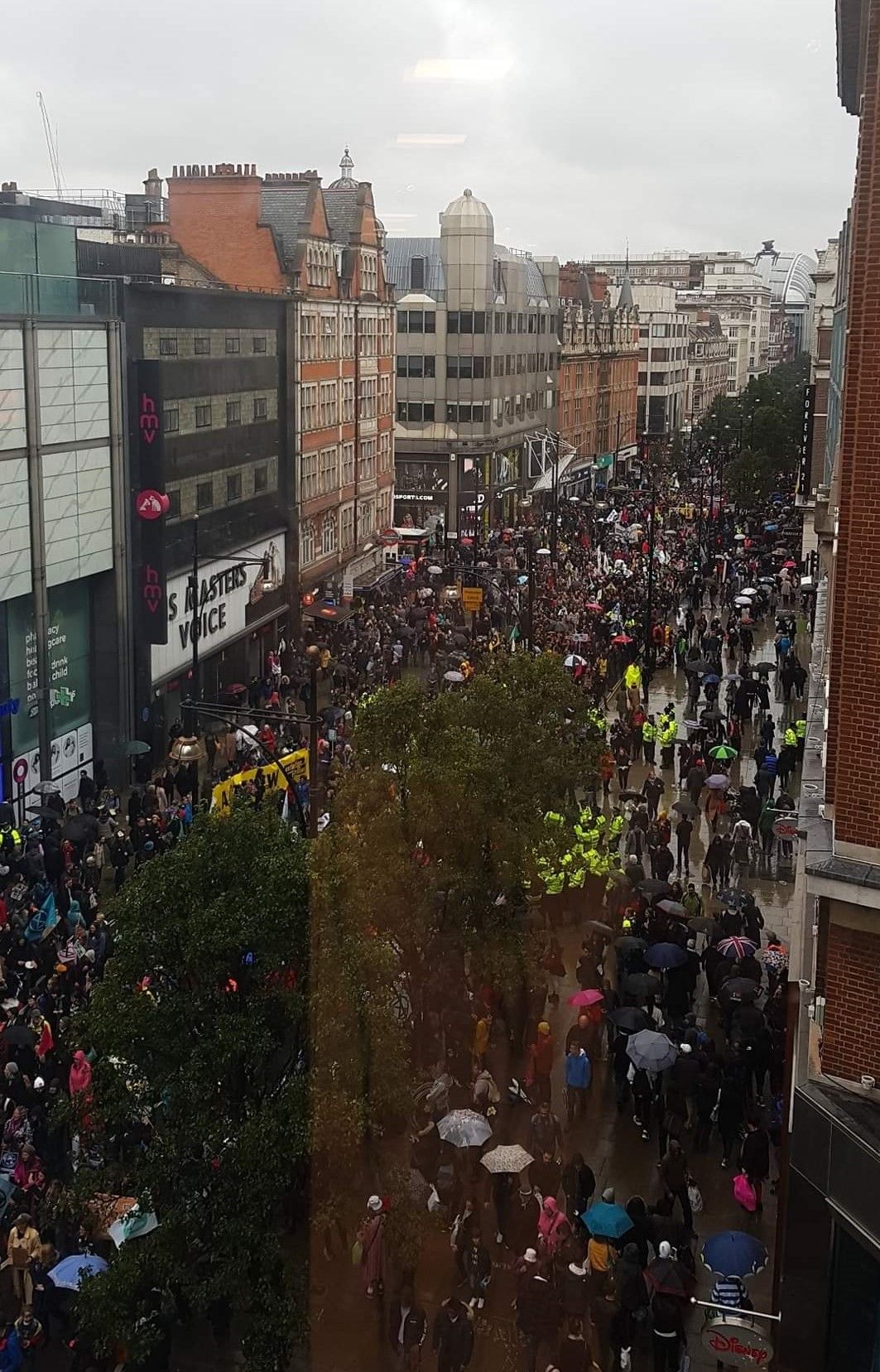 Tell us a bit about this particular protest that went on in London. What led to you being arrested?

It's a two week rebellion in London that aims to basically use non-violent direct action to disrupt things enough that it puts pressure on institutions and the government to respond to our demands which are: tell the truth, act now and a citizen's assembly. So that's the core aim of it.

This time round it was in and around Westminster, that was where the site blockades were. Later on, throughout the week, as the sites got cleared by the police things spread out a bit more. People started acting on their own, which as a self-organizing movement we want to do.

I went down for a week at the start of it and I was with the Midlands site, which was round about Horse Guards road, near the Treasury. We had a blockade there that was taken on Monday morning and we kept it right through until Wednesday or Thursday when they finally cleared us out. When I was on my way down I didn't know if I would be in a position to get arrested. I didn't know if I was willing to get arrested.

Well I suppose you don't know until the moment comes, do you?

No you don't! And then on that first day, seeing other people go out there and take the road and be arrested for that showed me the stakes and what it takes to cause the disruption and it was kind of like "If they can walk out into the road and do that then I can help to hold the site." 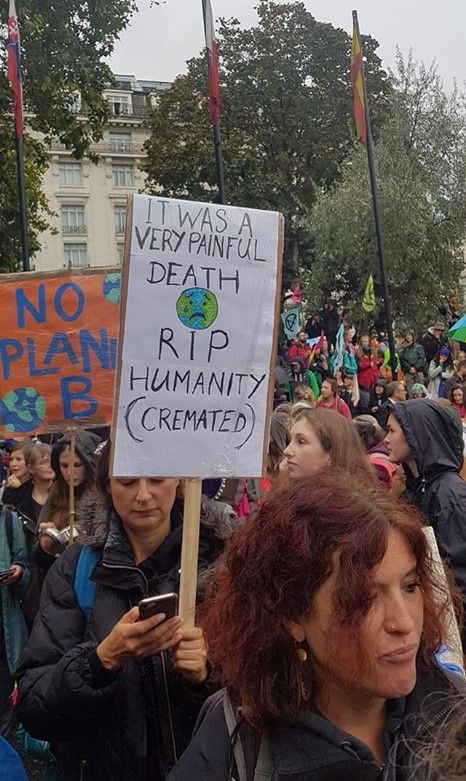 So for the first few days when the police came down a large group of us would lie down and glue ourselves on to something or lock on to something to keep the disruption up. It was on Wednesday that the first arrest happened. The police increased their presence massively and it was pretty evident that they were aiming to completely clear the site. I ended up on a lock-on tube, which is a cylinder of material with lots of other materials in it. You're locked to someone else inside of it. I was with somebody I'd never met before and we just laid down on the road and some other people locked onto a structure nearby that was helping to blockade the road.

They [the police] couldn't clear us out straight away because it requires a tactical team to get you out of those. In the time we were there other people managed to join in, so we had a very big group of people who were blocking the road. In the end I think I was locked on there for eight hours, on the floor. Which was very difficult because it had been raining and people needed to use the toilet and so there's no dignity in that!

Eventually they got us out of the lock-on tube and I was carried away. I expected to be put in a police van but I was placed down a little further away and there was no police van in sight. Then they de-arrested me. I don't know why but everyone who got arrested at that same time as me got de-arrested.

That was the first arrest you mentioned, was there a second time?

Yes, on the Friday I was in another lock-on tube. I was locked on for about three hours before I was cut out and arrested for allegedly obstructing the highway, being in breach of Section 14 and conspiracy to cause a public nuisance. At that stage I was taken to the police station and processed and kept there for I think about five or six hours before they eventually released me.

I found actually that the bit before being arrested is incredibly unpleasant. You're stuck on the ground, you're going through the whole process of being arrested, they're explaining to you the potential consequences. Once they've arrested you, you find that the police officers are a bit nicer. You can tell that they're aware that we're non-violent.

I was taken to the police station. They didn't actually put me in a cell. They made me sit by the sergeant's desk for five or six hours I heard them saying at the desk that they would take 25 Extinction Rebellion members a day over 10 of, what they said, the people they usually get because they're aware that we are very polite to them and we don't pose a violent threat to them. It's not the individual police officers that we want to really be putting pressure on it's just about putting pressure on the institutions. 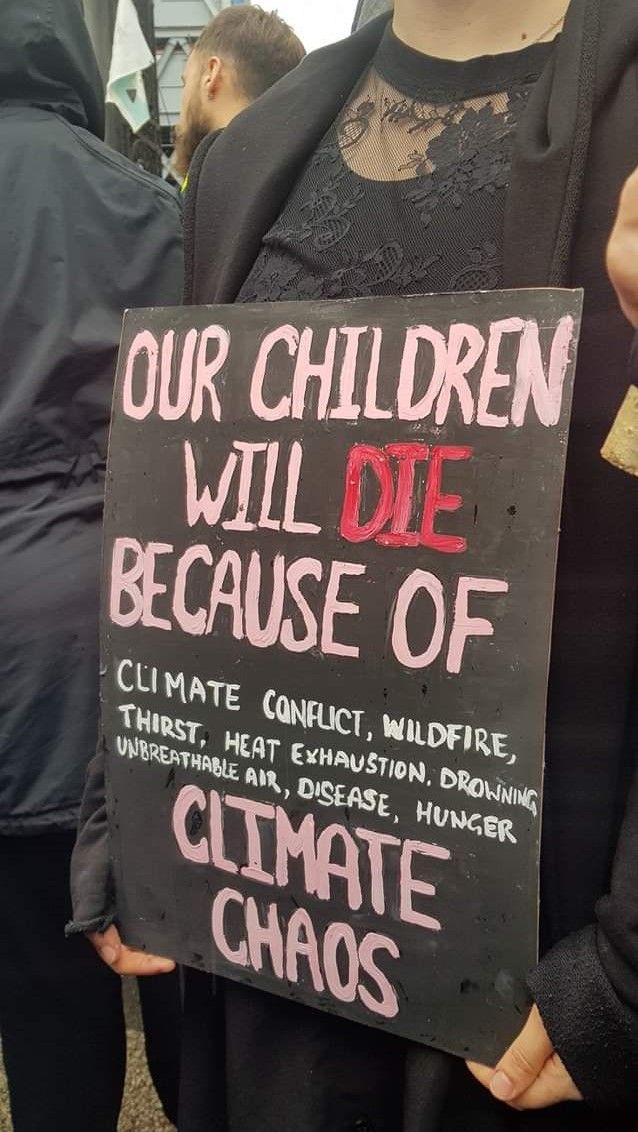 You've touched on this briefly but what exactly were the goals of Warwick Extinction Rebellion when taking part in this protest?

Warwick Extinction Rebellion is just an independent Extinction Rebellion group so it would be the same goals that Extinction Rebellion has. We want government and institutions to tell the truth about the climate crisis, to act now because the government currently has a 2050 target and we feel their targets for cutting emissions should be moved forward because the current ones are too far in the future, the damage will already have been done, it'll be irreparable. The third one on a national scale is a citizen's assembly. So having a new way of doing politics that is more democratic than our current system.

Laura is an MA in Social Research at the University of Warwick.

Coventry to move up to tier two restrictions from Friday

Warwick University recorded 103 active cases on campus as of Monday

The notice was posted 24 hours late

Forget COVID, these are the unavoidable disasters that you will experience in halls

Your comprehensive guide to the new Stagecoach Leam-Uni bus routes

Because the idea of a U1A seems baffling

Warwick confirms they have enough supply for all students

Warwick runs out of face masks and thermometers for students

Get involved in something new, The Warwick Tab is looking for YOU to join us

All of Warwick’s guidelines so far for returning to campus

A free face mask and thermometer available for all students

The university is also placed 77th in the world, in a ranking consisting of over 1500 universities

Freshers, this is what Term One at Warwick is going to look like

How will Covid-19 affect freshers joining Warwick from September?

Because we all love to wait in hour-long queues, pee in vomit-covered toilets and come out at 3am covered in a mixture of 100 people’s sweat

The picture was captioned ‘police brutality’