The incident occurred during a quiz night hosted by the society

Warwick Pakistani Society has faced backlash from students after asking which of their members looked "the most Bengali".

The incident happened on Monday 14th October, when the society hosted a quiz night.

How can you look “Bengali”? Welcome to Warwick University Pakistani Society. Clowns ? pic.twitter.com/ZaYjzWLJeG

The Warwick Pakistani Society issued an apology on their Instagram last night, saying: "It's been brought to our attention that one of the questions during quiz night, although it wasn't intended to be, was highly inappropriate.

"In hindsight we realise this was deeply insensitive of us and we want to apologise to anyone who was affected by this.

"In the future we will continue to try and be better and would like everyone to know that this was not a reflection of our beliefs."

The society also said that they were not "looking down on any any culture", and that they "deeply apologise for any offence and do not condone any racist behaviour of any sort." 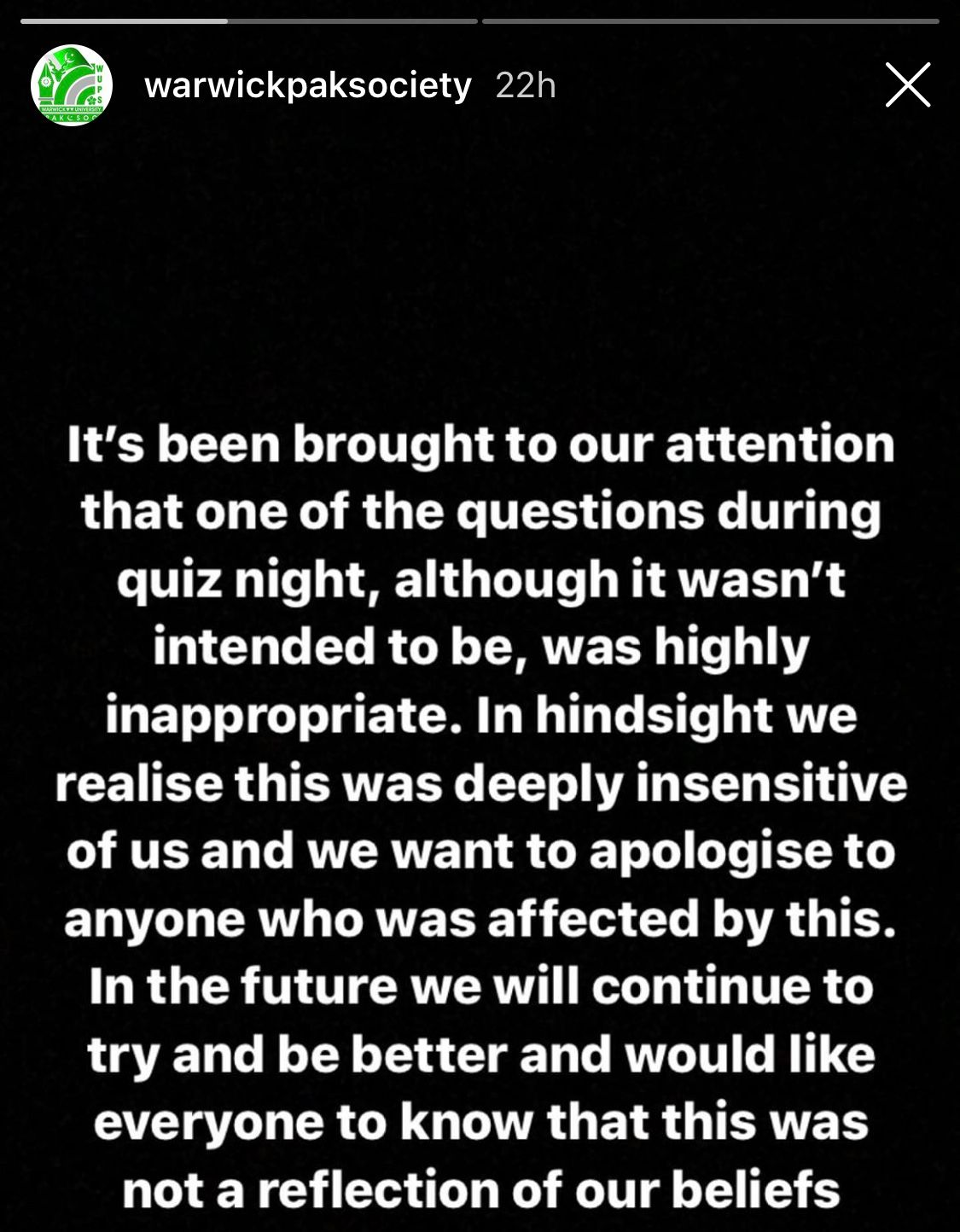 Speaking exclusively to The Tab, Warwick Pakistani society added: "We immediately issued a public apology to address the situation and upon feedback from those affected put out a second apology.

"For us, we see Bangladeshis and Indians as our brothers and sisters.

"We had a light-hearted section of the quiz called 'get to know the exec', in which these questions were included. The aim of the question was to connect all Pakistanis, Bengalis and Indians as it is often mistaken and sterotyped for us to look the same.

"As a group coming from a wide range of backgrounds we did not realise the historical significance of the questions.

"In hindsight, after reflecting on the historical significance of the issue, we can see how this has racist connotations.

"This is a deep rooted issue that we must address. We are therefore working on an anti-racism workshop.

"Although we did not intend it, we whole heartedly apologise for the offence caused.

"Warwick Pakistani Society believes in inclusivity and welcomes people from all communities." 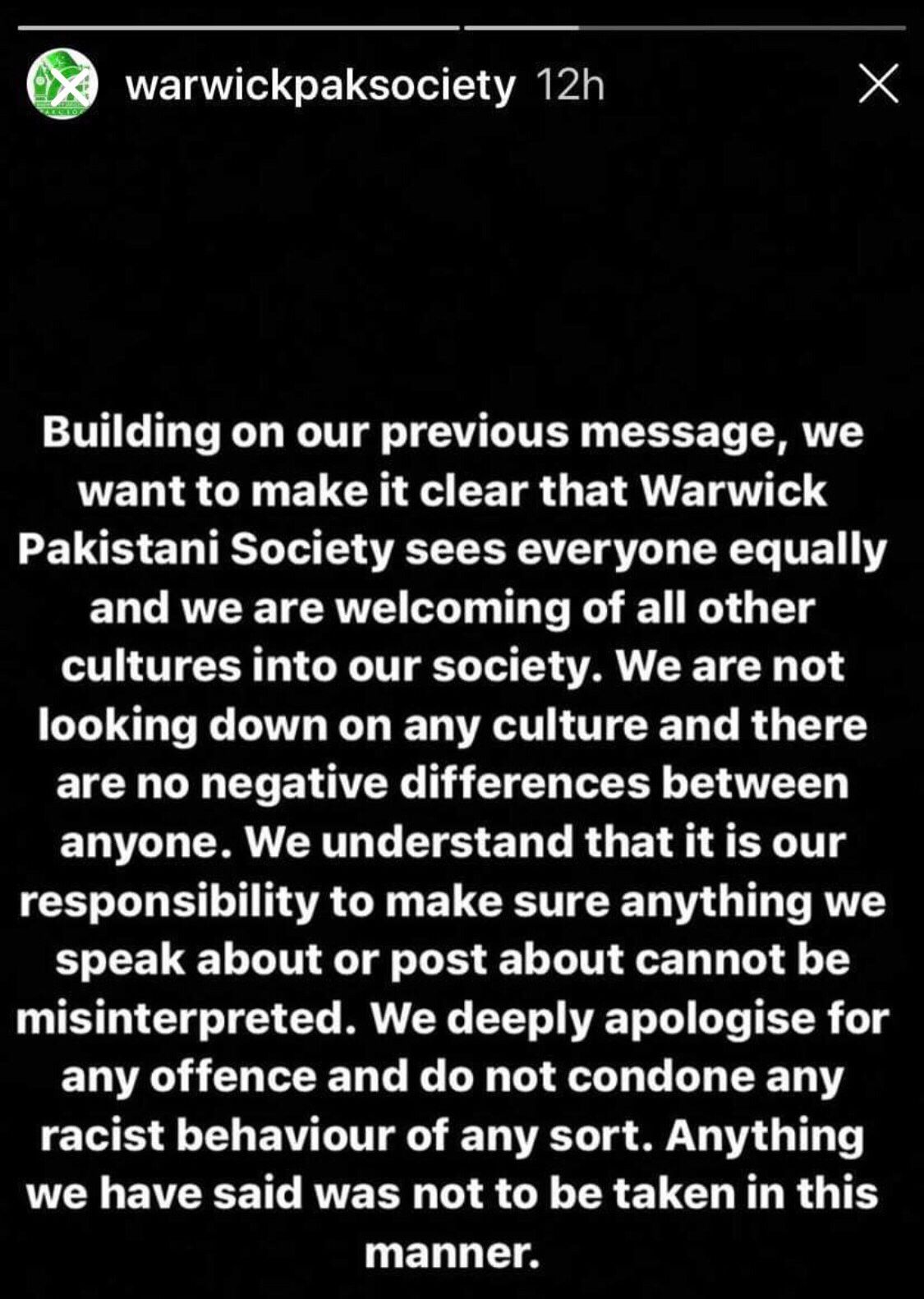 Former Bangladeshi Society President, Ahnaf Zarif Rahman, made a Facebook post regarding the incident, saying: "As a proud Bangladeshi, a Warwick alumni and former Bengali society President and a human, this is DEEPLY insulting.

"Warwick is known to be an inclusive University, and I've seen the diversity myself in all of my years there.

"This is not consistent with that identity and we expect action to be taken by Warwick SU."

Speaking exclusively to the Tab, Rahman said: "I honestly do not see the point of dragging in people from another nationality into a social that is clearly being hosted by another cultural society.

"Let's look at the major issue. What does 'looking Bengali' entail? Is it a bad thing? Is it a good thing? And how exactly can you judge who looks Bengali and who doesn't?"

The Warwick Tab reached out to the SU for further comment.