He also said: ‘Get a fucking grip on life’

A Copper Rooms manager has been accused of trivialising mental health after saying he's "sick of the words anxiety and depression."

In a Facebook status posted this morning, Mark Barnham said he would be "six ft under" if he had "let any of these words take over my life", adding people should "get a fucking grip on life."

Mark, who is employed by Warwick SU, told The Warwick Tab the post was made on his personal account, and had nothing to do with his work. 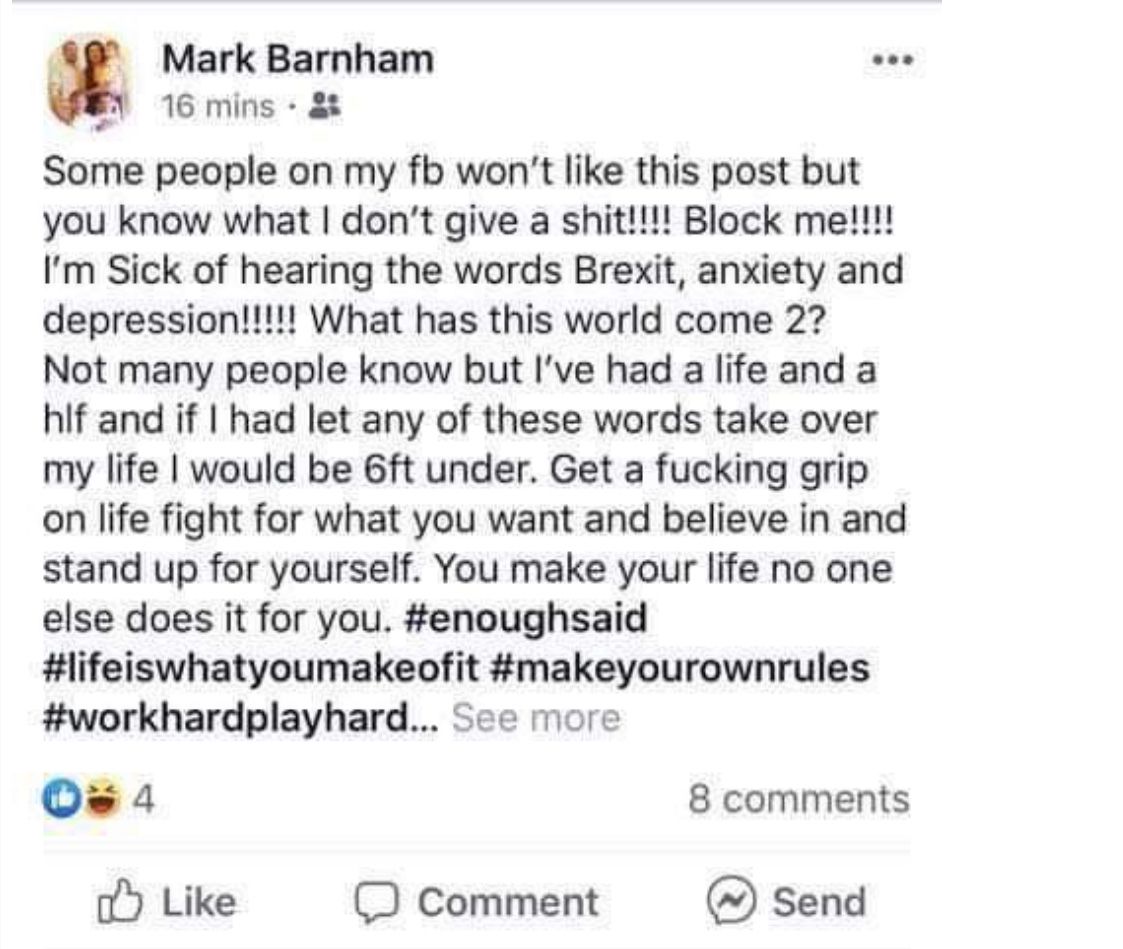 "What has the world come 2?

"Not many people know but I've had a life and a half and let me tell you if I let any of these words take over my life I would be 6ft under.

"Get a fucking grip on life and fight for what you want and believe in and stand up for yourself.

"You make your life no one else does it for you."

One second year student said: "It's pretty worrying that a member of our SU is trivialising mental health like that."

Mark Barnham told The Warwick Tab: "Those that know me know that I put 100 per cent into everything I do for the students of Warwick Uni.

A spokesperson for Warwick University said: "The Students' Union, as an independent body, is best placed to comment on matters relating to any staff who may work there but the University would encourage all students with concerns regarding anxiety and depression to contact Wellbeing Support Services."

The Warwick Tab has approached Colin Candy Hutcheon and Warwick SU for comment.