‘The demo was just the beginning!’

The Piazza was overrun by students and staff last week protesting against the university's response to the boys group chat case.

The demonstration, run by a number of student groups on campus, gave rise to the "Reclaim Our University" coalition, which unites students and staff in their continued stand against the perceived failure from the university surrounding the incident.

Following an open meeting, the coalition has published a press release detailing their course of action in the fight against rape culture and violence on campus.

The group claims "the demo was just the beginning" and that it will continue to "mobilise against the university's severe malpractices".

The statement calls for greater accountability for Peter Dunn, the investigating officer of the case and Head of Press for the University of Warwick, and for all staff involved in the handling of the case. 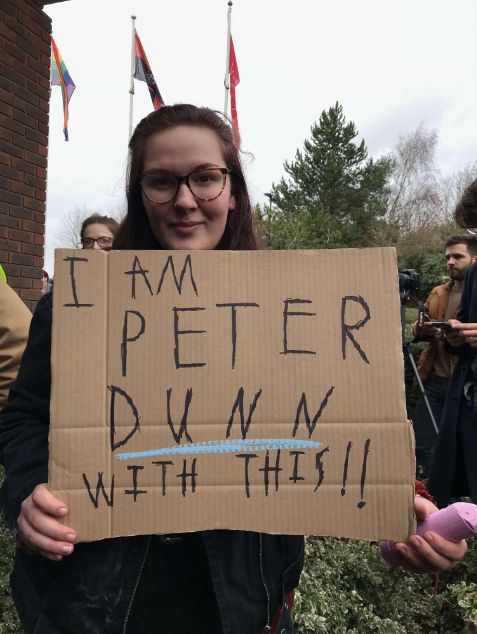 Additionally, the press release calls for a restructuring of the university's practices "from the ground up" as well as increasing funding on mental health services.

The coalition will publish its manifesto and list of demands in the coming days. They "will not stop until those are met".

However, they have identified "three pillars" around which the coalition will organise. Warwick For Free Education list these as:

1. Accountability for the group chat case

The university currently shows no sign of disciplining Peter Dunn and others involved in the mishandling of the case. Staff members who were complicit must not be let off the hook.

2. Restructuring university practices from the ground up

The announced inquiry into the disciplinary process falls short of the expansive Provost Commission demanded by protesting students and Warwick UCU. What is needed is a full review of all Warwick's practices as they relate to fostering a safe, diverse and inclusive environment.

3. Funding for an oppression-free and supportive university

The full statement from Warwick for Free Education can be found here:

**PRESS STATEMENT OF THE RECLAIM OUR UNIVERSITY COALITION**The demo was just the beginning! Come along tonight to…

Posted by Warwick For Free Education on Tuesday, February 12, 2019

The University of Warwick and Peter Dunn have been contacted for comment.

• Here are all the best signs from today’s #ShameOnYouWarwick protest

Man stabbed to death on Tachbrook Road in Leamington this morning

Another has been taken to hospital with serious injuries