Second year is the worst year of uni

Why can’t we be freshers forever?

While the Daily Mail concerns itself with the Calais crisis, soon-to-be second years are dealing with a whole different migration situation – the inevitable, unstoppable tide of freshers. Come A-level results day, the floodgates will open and a horde of infuriatingly excitable young guns will pour onto OUR campuses, into OUR halls, and into OUR towns. It’ll be like the last days of Rome all over again. The barbaric ‘freshers’ will be at the gates and there will be nothing we can do to stop them.

One by one, they’ll take everything we cherish in the world away from us. First they’ll pollute our Facebook groups, then they’ll take our campus, then they’ll branch out into our towns. Finally, after a few months, they’ll have discovered even our secret weed spots – the bastards.

So say goodbye to being a fresher, for it won’t be long before these rapscallions take your beloved title from you. And that’s the real problem with the incoming swarm, there’s only room for so many freshers at university and because they insist on coming, people like us are ushered into the mid-life crisis of second year. 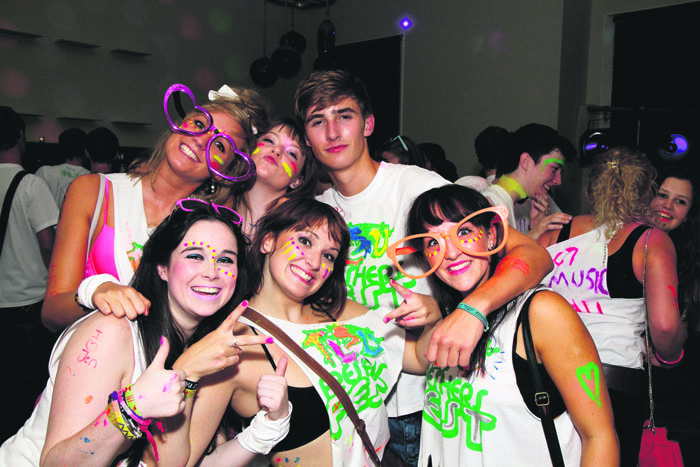 Every night should be UV night

Don’t try to delude yourself, second year is the rut of your university life, the point where you’re not entirely sure what you’re supposed to be doing. First and third year are easy: when you’re new to university, you know precisely what your role is. You get up after three in the afternoon, maybe go to a lecture, and stay up until four ingesting and regurgitating a cocktail of fluids, and then do it all again the next day.

Of course, third year isn’t quite as fun. By then the eager freshers has become a crushed, faceless deadline drone ready to go out into the rat race, but at least they have an established archetype to play.

Second year is a kind of limbo between the two, the horrid middle bit. It’s the interval where the fun, top-knot-sporting eighteen-year-old you once were gradually and painfully degenerates into the identikit, gray workaholic who has traded the gap yah for an unpaid internship with The Man.

The tragedy of all this is few people appreciate how cruel this process actually is. Many freshers go into second year thinking it’ll be exactly like last time, another very expensive holiday. They don’t know what horrors lie before them.

Upon entering second year you’re jettisoned from campus into the big scary world. Suddenly you’re expected to sort out bills for things you’ve never even thought about – seriously, who knew you had to pay for water? On top of that, you have to put bins out and deal with the indigenous population, who like colonial subjects treat you with a passive-aggressive disdain.

It’s equally bleak on an academic front. Now, there seems to be an expectation you actually do work! Work? At university? Fuck off. But it’s true, unfortunately. Gone are the days of handing in a late, plagiarised, mostly nonsensical .doc and scraping a 2:1. Unless you do an English degree of course.

Even going out becomes a bit rubbish in second year. You’re too old to properly mix with the new freshers and if you do you’ll look predatory. Unfortunately you don’t have a lot of choice as even your most obscure and niche bar/club will become infested with the newbies.

It didn’t have to be this way. Left undisturbed, we’d just live everyday as if it were freshers’ week. So why is this happening? Three words: new first years. Yep, they’re to blame for the forthcoming misery. Forget the Tories, Nick Clegg and tuition fees, these new people deserve all the loathing you can muster for taking university away from you. Without them we wouldn’t have a care in the word. With them we’re forced to get up. Fuck freshers. Fuck second year. We will not go quietly into the night.