The shiny new UWE Express buses were introduced last year, and have disappeared over summer

Students travelling to Frenchay campus from the city centre may remember the beloved UWE Express, with its red and silver exterior and onboard charging sockets, which took the direct route to Frenchay from town across the M25.

But since returning for the new academic year, we've noticed the discontinuation of the UWE Express. We did some digging to reveal to you why our beloved campus chariot has now been replaced with the M3 Metrobus and the rattling, slightly disconcerting U3 bus. 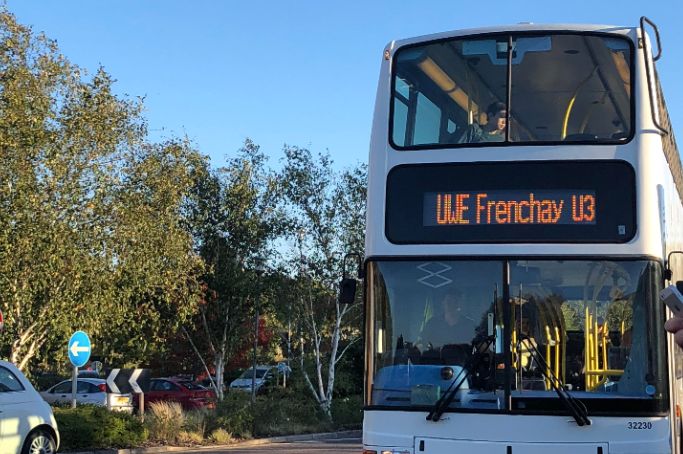 What is the new route and where can I find the new bus stops?

For returning second and third years, you may have noticed that routes and bus stops have changed.

Metrobus Service M3 operates up to every 20 minutes between 6:00 and 21:00 and only stops at designated Metrobus stops. 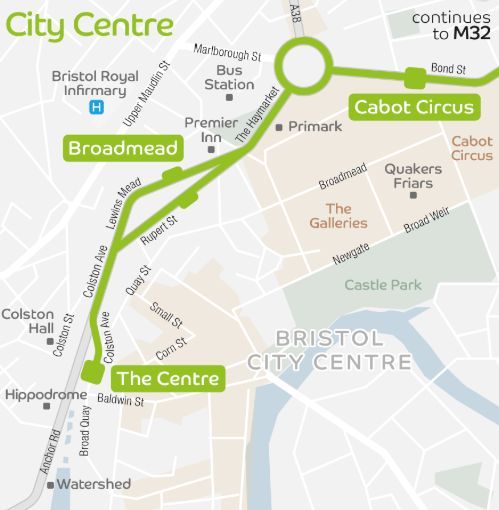 The three main stops in the centre are opposite the Hippodrome (The Centre), outside Fusion Apartments (Broadmead) and the final stop before merging onto the M25 is located opposite McDonald's (Cabot Circus).

The U3 travels between Bristol city centre and Frenchay campus servicing the same city centre stops as the M3, taking a direct route to campus until 14th December 2018. In 2019, the M1 Metrobus may replace the U3.

But what happened to the UWE Express?

Apparently, the UWE Express served only as an interim measure before the M3 was ready to take the road. 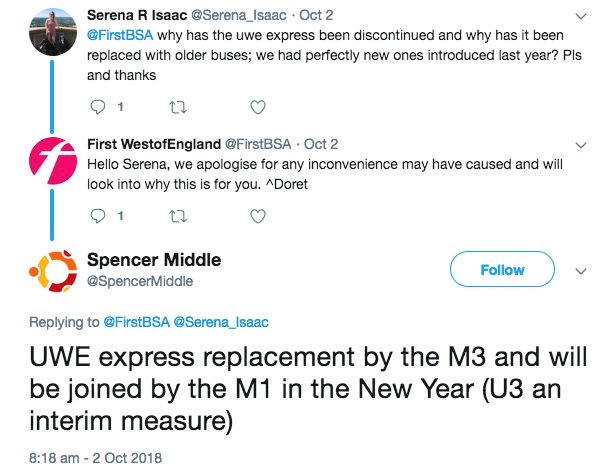 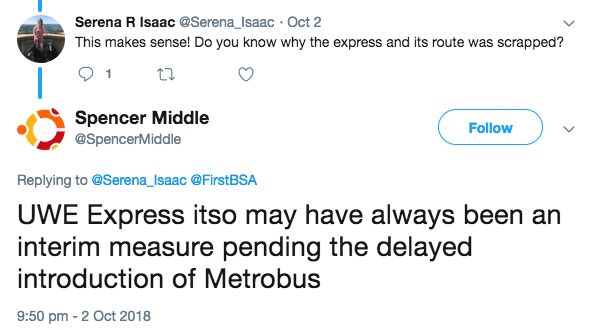 The M3 and M2 Metro buses will service between UWE and the city centre, meaning we will have two new express buses running in the new year.

First Bus was contacted directly for more information regarding this, but we received no response.