‘At my peak I was on seven bars a day’: Meet the British students addicted to Xanax

‘I started taking them in halls and would have silly nights out, but then it suddenly got quite dark’

"Imagine Xanax as a weight and your emotions as a bouncy spring. When you take Xanax it just weighs this spring right down, making the person forget about what they're feeling. But as soon as the Xanax wears off, you release what is being suppressed, the spring goes nuts and jumps about and is even harder to control than before."

Third year UWE student Ben would spend most of his days researching Xanax. He was so scared about what was going to happen as his addiction spiralled, he searched desperately online for when it would get better. “I researched so much online, more than I've ever done for uni work.

"They are one of a few drugs where people have died from just the withdrawals. People say it's worse than coming off heroin. When I was going through withdrawal I was so ill, all day everyday.

"Xanax is a huge problem and most of that is down to the fact no one has the slightest clue about it," said Ben.

Xanax is a prescription drug intended to treat anxiety and panic disorders, but when combined with alcohol it gets you waved, and more and more students are turning to it for a good time. It's cheap, legal, and you can buy it from your laptop.

Eytan Alexander, a recovering addict and founder of UK Addiction Treatment Centres, has seen a 200 per cent increase in admissions for sole addiction to Xanax in the past two years at his clinic, with one in three of all admissions being young people. Overall admissions for prescription drug addictions have gone up by a third. The key to its rise in popularity, according to Eytan, is a combination of its legality and the reduced stigma of a drug that can be prescribed by a doctor. 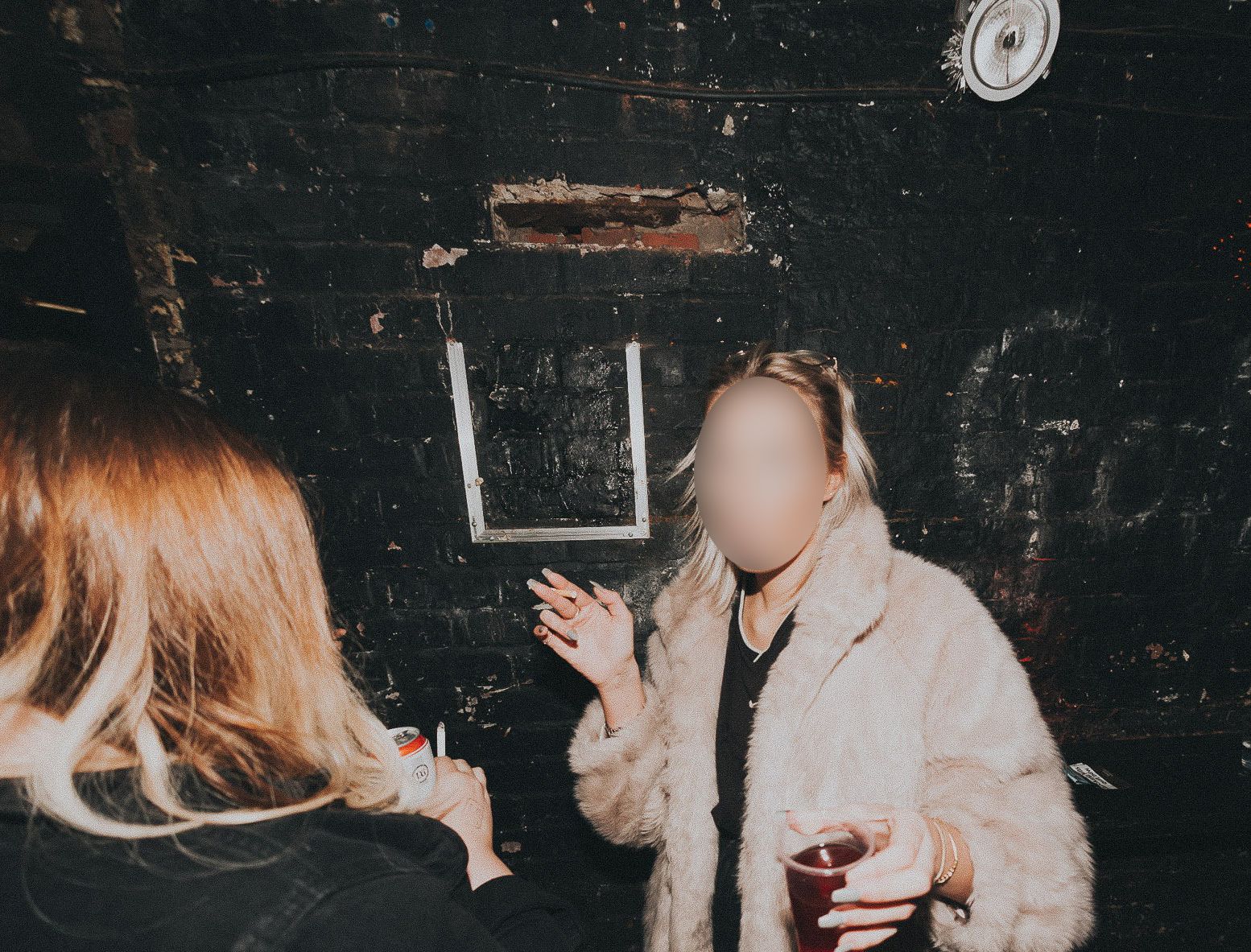 Becoming addicted to Xanax isn't the case of taking one bar and you're dependent. A friend might give you a quarter or half a bar to help you get to sleep after a big night out, and then with any leftovers you might decide to liven up a fairly standard night down the pub. This can spiral as you start to feel the effects of not being on it, which can evolve into a situation where you're using it daily.

In April 2017, a third year UWE student committed suicide due to depression and serious Xanax withdrawals. The university were accused of covering up her suicide due to it being drug related.

We spoke to half a dozen students in Bristol, who are at various stages of battling with their addictions to Xanax, why they started taking them and why they're now trying to come off them.

James says the first time he tried Xanax he was at a friend's house party and can only vaguely remember the night. "It wiped most of my memory from when I took it. It makes people feel like they are living in a dream-like state not understanding the reality around them. It makes you lose touch with yourself and the people around you," he said.

"The reason the drug is appealing is because this sensation relieves anxiety and gives you fake confidence, it suppresses whatever you're feeling. But once the effects start to wear off, every emotion rushes back and makes you feel much worse than you did before a Xanax bender." 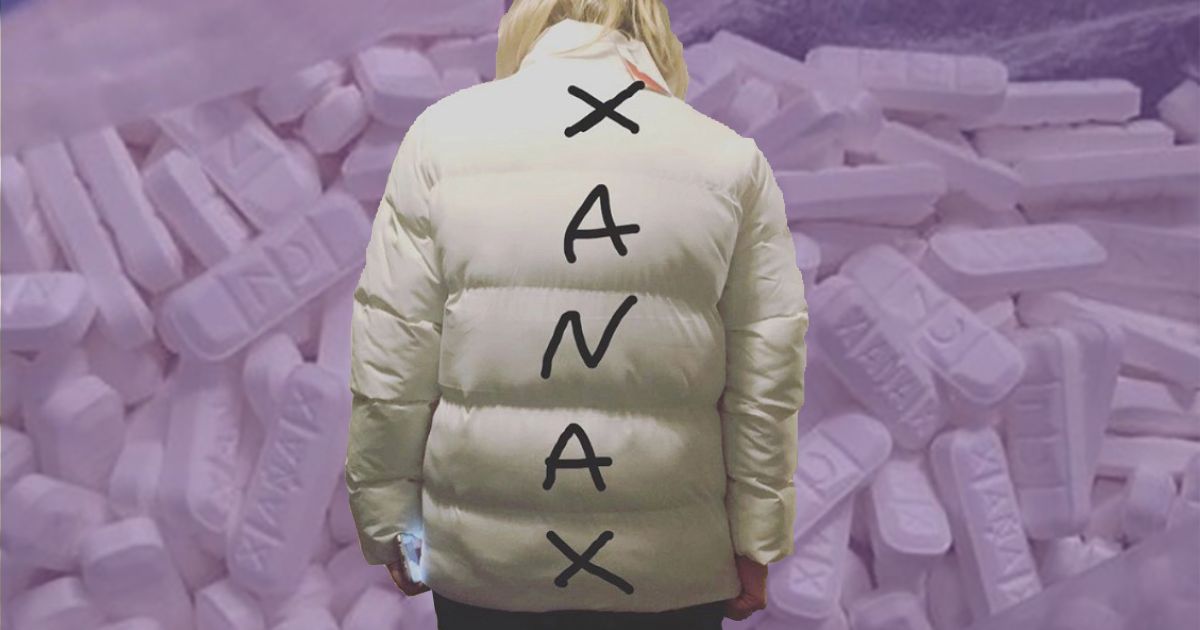 Third year called Jess, who doesn't use Xanax herself, has tried to help multiple friends as they've experienced non-stop shakes trying to come off the drug.

Her friend initially started using Xanax every now and then to help her get to sleep after a night out, but eventually she started consuming more and more. This is how any addiction starts, explains Eytan. "The alcholic doesn't pick up a bottle of vodka and say 'I'm having a litre of this'. Any addiction is a progressive illness," he said.

At its height, Jess' friend was taking five bars a day for three weeks. She decided to stop taking them and went cold turkey. The side effects were so bad that Jess had to give her one purely because she thought she was going to die. "It was visibly clear how bad the side effects are," said Jess.

Jess describes another friend who took lots of Xanax while at uni, but then went home for Christmas where she wasn't able to keep up her daily dosage. She found herself unable to move from her sofa for three days, describing the experience as similar to that scene out of Trainspotting.

A quick YouTube search brings up distressing videos of people experiencing the physical withdrawals of Xanax. In the description below the video, the uploader writes what it feels like to withdraw: "I would feel what I thought was a hot knife travelling from my brain, down my neck, and it caused my entire body to tense up like there was acid or salt in my blood."

Max, now in second year, moved to Bristol and found a lot of students in his halls were taking Xanax. Him and his new mates would have funny nights out on Xans, acting silly and never remembering anything in the morning. One night would lead to another and he soon became addicted.

“I started taking them during the day as well as the evening. At its peak I was averaging about seven bars of Xanax a day and quite suddenly I began having really trippy dreams and things started to get really dark.”

Max decided to try and come off them. It came as a shock when he started experiencing withdrawals.

“I had no idea how bad they would be, I haven't touched them in ages now but still suffer with withdrawal symptoms."

Xanax bars can be pressed by anyone who has £90 to spare and a PayPal account. Your regular dealers are now likely to stock it alongside their usual wares. 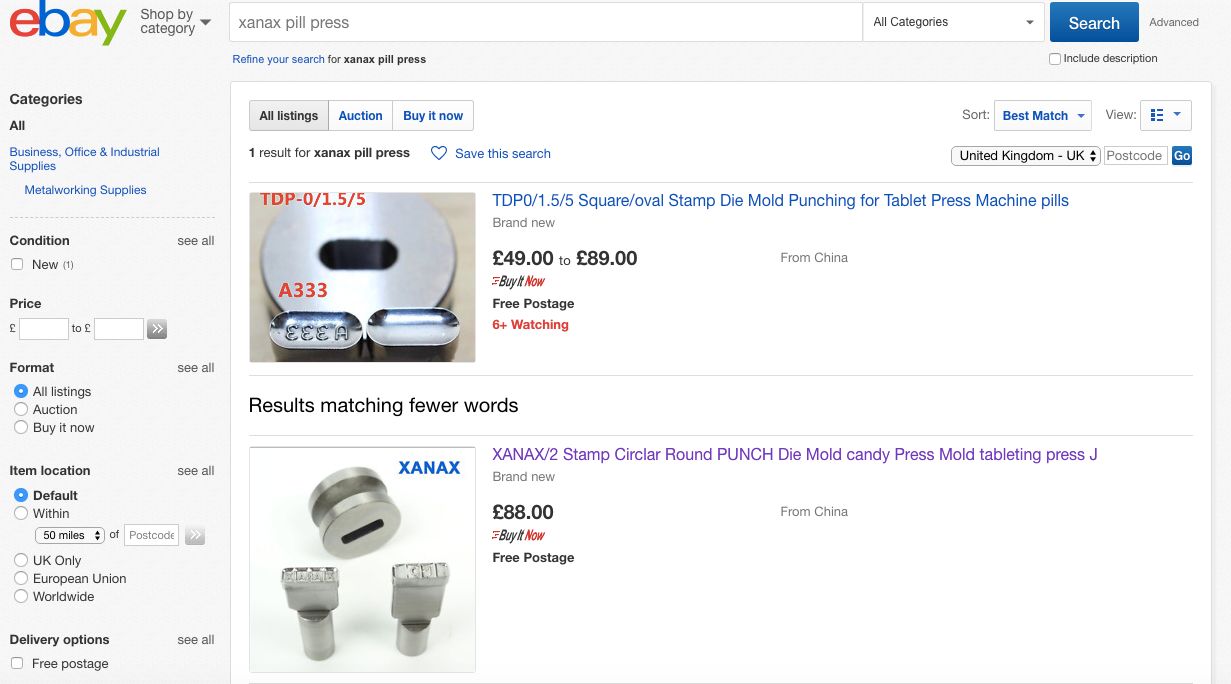 A quick eBay search and you can get yourself your very own Xanax press, with free postage.

We spoke to a student Xanax dealer about why he's started selling it and why he thinks it's become so popular at British universities. He points to the heavy influence of American Xan culture on its uptake among young people in the UK.

"At first they were a thing in America. Valium was what people took over here in terms of Benzos," he said.

"And then they were mentioned loads in songs and they took off over here, but a lot of people have already gone off them because the negative effects were quickly realised."

The crisis of prescription drug addiction is well-known in America. The death of Lil Peep has shone a particular spotlight on young people abusing it recreationally, but the UK has only just started to discover what people hooked on Xanax are going through. Eytan explains: "Only when people start coming forward will we see the true extent of it. What I do know is that it is a massive problem, I just cant prove it yet.

"If you think about it, you’ve got this iceberg sticking out the top of the water, people look at that and are like 'oh my god that guy is taking loads of pills at a party, he’s properly off his nut', they see him continually doing that and they’re like 'ooh he’s got a problem.' That is not his problem. His problem is the bit underwater that no-one else can see which is 100x bigger than that tip."

Statistics were provided by UK Addiction Treatment Centres, if you or someone you know is struggling with drug addiction you can find out more about their services here.