He’s making up the route as he goes, and is now in Thailand

23 year-old Jonathan Kambskarð-Bennett has, so far, pedalled over 20,000km from London to South East Asia on a trip that he’s making up as he goes, staying in tents and people’s floors.

He told The Tab: “I got bored of work and wanted to go on an adventure.” 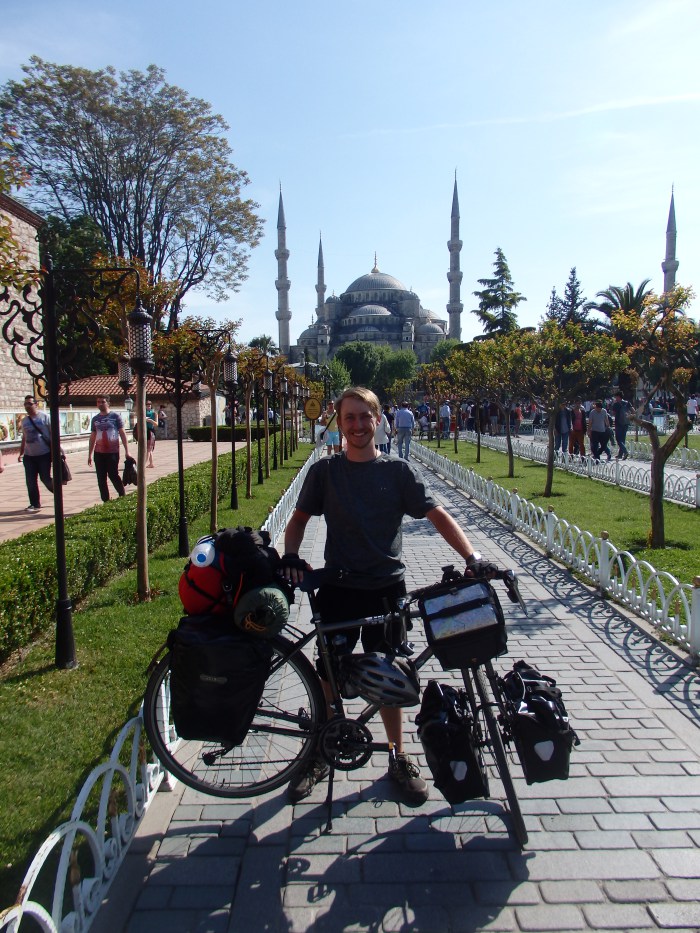 JKB at the Blue Mosque in Istanbul

Jonathan began over a year ago in January 2015 with no prior experience or knowledge about bikes and camping. He started his journey for an adventure and a lifestyle different from mundane work.

He said: “Imagine you love pizza but you only ever have pepperoni, because that’s the topping you always have and love. But if you never try something different, you’ll never have anything to compare it to. Maybe one day you’ll try a Hawaiian and think ‘damn – I never thought pineapple could taste so good on a pizza! Why was I only eating pepperoni before?’”

Jonathan hoped to reach Copenhagen as a minimum target, but Istanbul was his real goal.  It’s safe to say he’s smashed his original target as he is now in South East Asia. 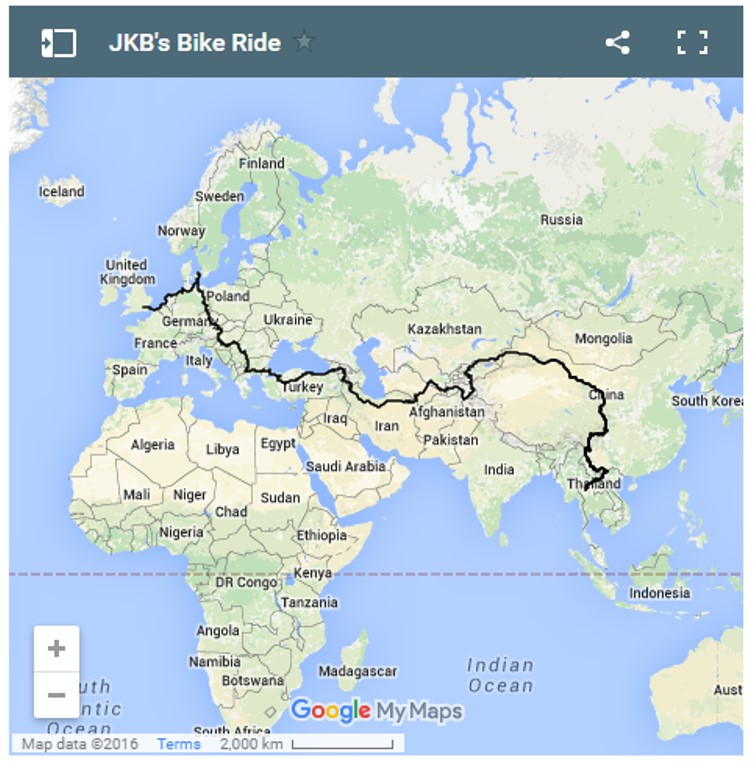 Apart from a few ferries, Jonathan has managed to avoid paying for transport and hasn’t spent much on accommodation thanks to his trusty tent and the Couchsurfing community. From this he’s been able to really experience the cultures and weathers that each country has. 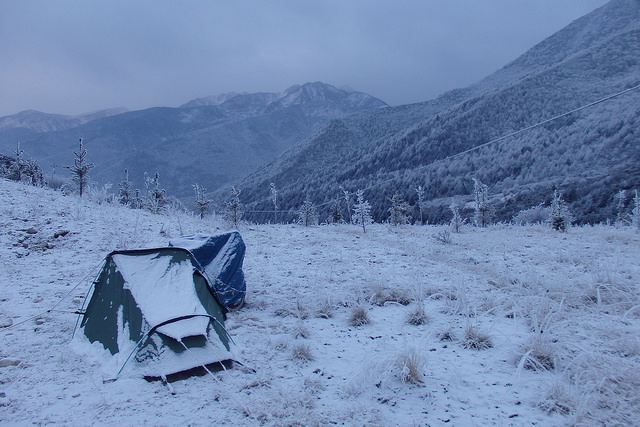 However, not everything has been hunky-dory throughout the journey. There have been weeks without showering, battles with loneliness, irritating delays with visas and nights camping in awful humidity and super cold temperatures. To make matters worse Jonathan has had to lead a simple, economical life as he can only carry items that are useful to his everyday routine. Despite these struggles he believes that each day is an adventure which means it’s never hard to start cycling. 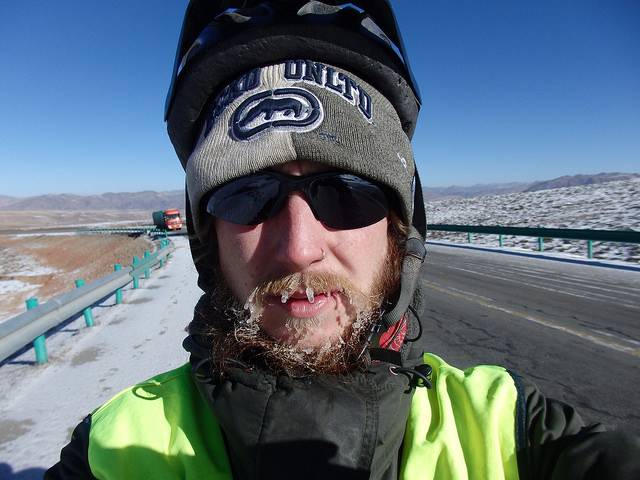 One struggle was JKB’s battle with his ice beard

Jonathan says the best thing about travelling the world by bicycle is: “getting a feel for the world’s changes. Geographically – you have to cross some big deserts and mountain ranges. And also culturally – you pass from developed countries to underdeveloped ones where a border crossing feels like it’s separating planets.

“You see the the gradual changes of peoples’ faces and ethnicity, the switches and overlaps between the Christian/Muslim/Buddhist worlds and even in tribal areas the personality changes between valleys where different ethnic groups reside.”

He wakes up feeling excited about what the day will bring and cycles with a huge grin on his face because he knows he will meet someone amazing round the corner. By the same token, he feels blessed to be healthy and safe as so far no one has robbed him, attacked him, or made him feel threatened. Instead he’s lost track of the times someone has offered food, shelter or even just a friendly chat. 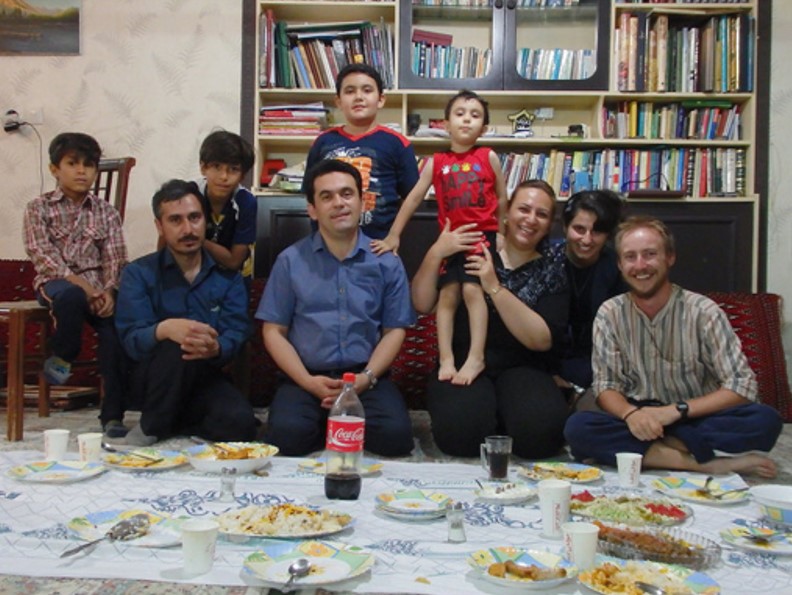 Jonathan with a host family in Iran

When asked if he would change anything he has done so far he said he probably should have trained and planned a bit better, but where would the fun in that be? 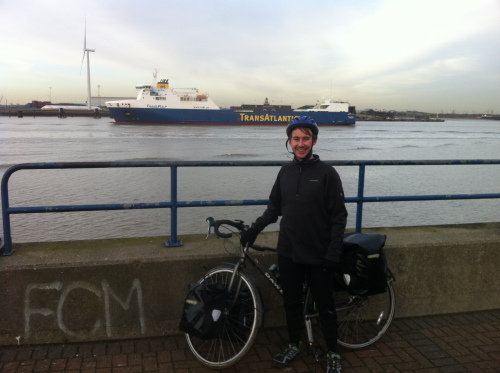 Jonathan in London unaware of what lied ahead

In regards to guidance for those wishing to ditch routine work for a similar adventure, Jonathan has the same advice as Nike: “Just do it!”, He had no experience in camping in the wild, just some savings and enough courage to take the leap of faith. He believes that if he can do it, anyone can.

He says: “Not everyone will be up for cycling the world, but I’d recommend trying out a little bike ride. You can easily live off a couple of quid a day if you sleep in a tent and cook your own food and you don’t have to cycle mega long 100 mile days – just take a leisurely ride and sleep wherever you find somewhere beautiful.” 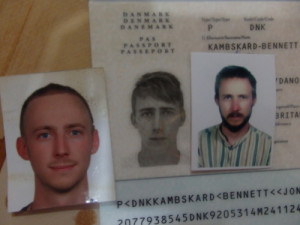 Jonathan’s changing looks since he left

Where and when will he finish cycling? Apart from his new aim of Australia he has no idea – but “hopefully not for a good while”. He wants to continue exploring the world and spreading a positive exchange between different cultures whilst I learning about himself and the world on the way. 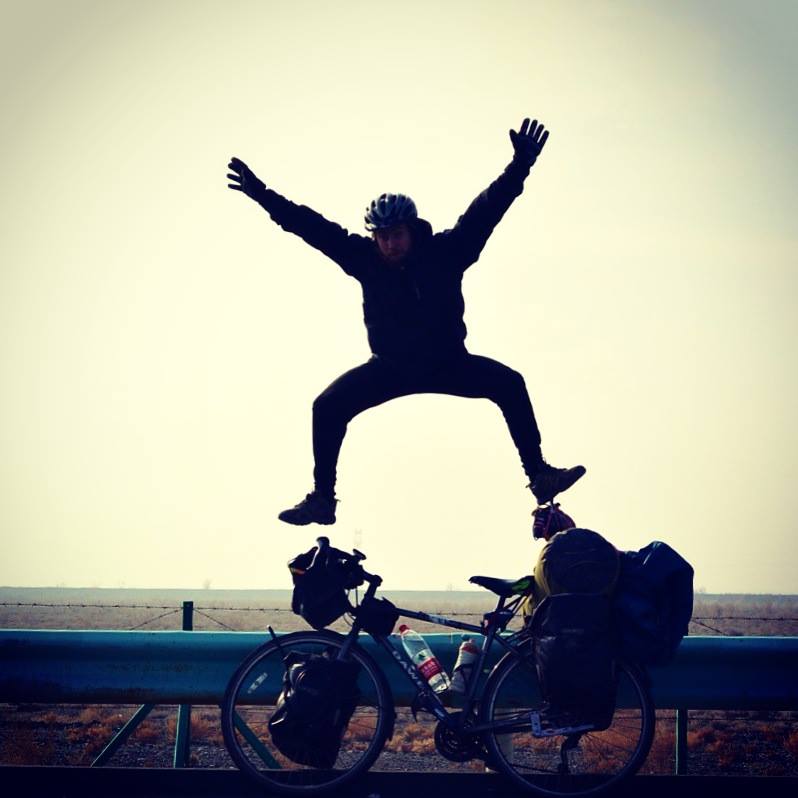 To find out more about Jonathan’s journey visit his blog and facebook page.